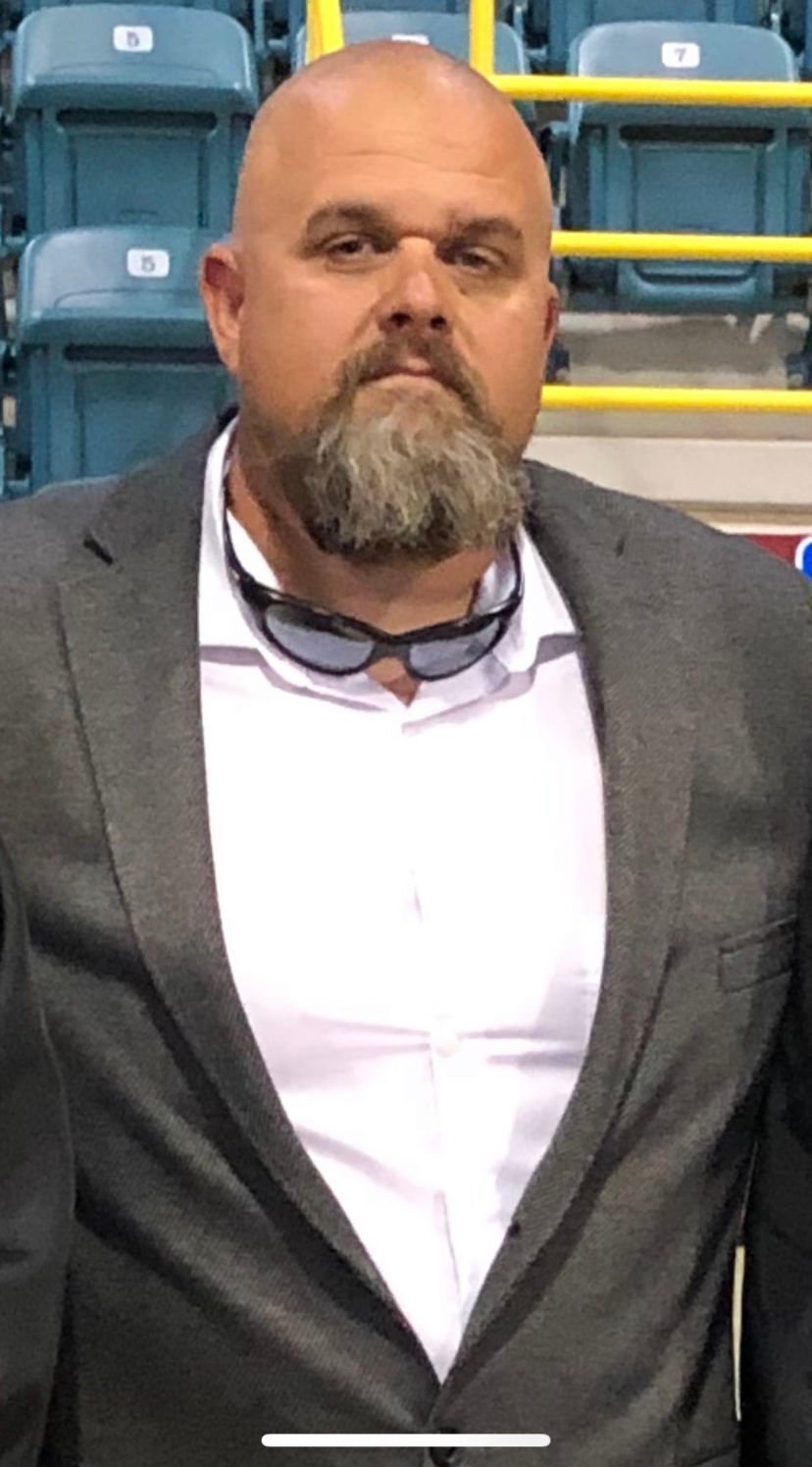 TIM GRADY: Will be Athletics Director and head football coach at James Kenan. He was a coach at Charity Middle School for 12 years.

TIM GRADY: Will be Athletics Director and head football coach at James Kenan. He was a coach at Charity Middle School for 12 years.

WARSAW — Tim Grady worked and waited for his chance to be a varsity head football coach.

The wait was somewhat easy early on, given that Grady was football coach at Charity Middle School during a talent-rich period.

But he waited — and coached hybrids from 2005 to 2013 — during a talent explosion in Duplin County .

He coached great players that went on to have rocket careers at both James Kenan and Wallace-Rose Hill.

The wait wasn’t the hardest part as Grady relished being an assistant at JK under Ken Avent Jr. and at North Lenoir under Kim Brown, his former coach at James Kenan.

Indeed, the wait was secondary to the timing as Grady, a former Tiger lineman (Class of 2000), was named head coach last week at his alma mater.

Avent Jr., who returned to coach in the shortened 2020 season, which was postponed to the spring of 2021 because of the Covid-19 pandemic, resigned fully knowing he was turning the program over to a qualified coach to rebuild the Tigers.

“We’ve been talking about this for awhile and it just seems like the right way to go about it,” said Avent, who will still teach PE and be the county’s athletics director but not an assistant coach.

Here’s how much the former lineman likes to work: He’s nearly as happy now with his first varsity head coaching gig as he was when he was given another responsibility.

“Getting approached (by Avent) about being the weight-room coach was a big deal for me,” Grady said. “I never thought Ken would leave, and I never thought Will would go.

“A while back I decided to put my head down and work at coaching,” Grady said, “to push an aggressiveness to attack the teaching and coaching of the game.

“Sometime football gets intense, and I told a news crew that once. I said, ‘This sport requires intensity. I always felt that way as a player, and some of that is pulled into my coaching style.”

Indeed, his style will be different from the touch and face Avent Jr. put on the Tigers’ den.

In the final three years of Grady’s prep playing career under coach Kim Brown, JK went 24-10, won a Carolina 1A Conference title and was 8-1 against county rivals Wallace-Rose Hill, North Duplin and East Duplin. That included a 3-0 ledger versus the Bulldogs and Rebels, 2-1 vs. the Panthers.

JK’s best season during that span was 1998, when the (UNC-bound) Sam Aiken-led Tigers went 11-2 and lost to South Robeson in the third round of the playoffs after sweeping their county rivals.

Grady was head football coach at Charity Middle School from 2005-13, preparing almost every athlete who would help Wallace-Rose Hill win six state championships between 2009-17. Joey Price was Bulldog head coach for the first five of those, and current coach Kevin Motsinger added the most recent.

Grady is married to DeEllen Grady, who was a school teacher for 12 years, but is now at home. The couple have four children.

And now Grady, who will keep his job as Kenan’s athletics director, has his shot at the next level he prepared hundreds of players for over the years.

“I’m excited and ready for the challenge,” said Grady, who played at Methodist College for three years before an injury forced him to the sideline.

Once there, he became a student of the game.

“I never knew how valuable finishing as an assistant coach would be,” Grady said. “It prepared me, in addition to what I’ve learned under some really good coaches.”

JK’s new director of football operations appears to be built for the challenge, home grown and picked at precisely the right moment.

Some things are worth waiting for — even while actively tearing down walls and working late to get there.