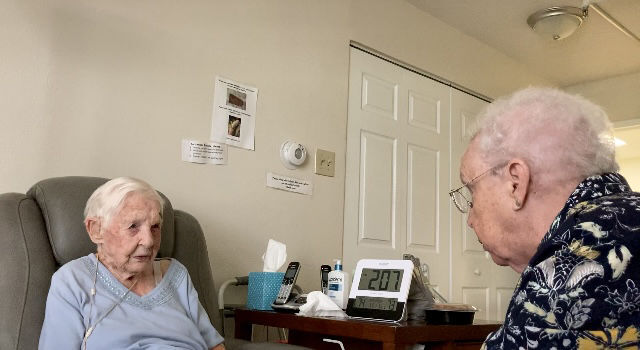 The classic autobiographical novel “A Death in the Family,” by James Agee, was required reading for an Appalachian studies course I took a few years ago. My family is practically part of the story.

Not by name, but close.

When I saw that the story is set in 1915 Knoxville, Tennessee, the title and the author’s name piqued my interest. As a funeral director not far from Knoxville, my great-grandfather dealt with deaths in a lot of families. And his business partner was a man named Frank Agee.

In the book, the family’s last name is Follett. That was interesting, too, considering that my great-grandfather’s — and later, my grandfather’s — funeral business was in LaFollette, Tennessee.

So it did raise a few goosebumps when I got to the part where the author’s father takes a call from his brother, who is an undertaker in LaFollotte.

I began to wonder how it was that I had made it into my 50s before reading this famous book that literally millions of other people had read and studied since it was published in 1957. When I brought it to the attention of my cousins on my mother’s side — during visitation for a “death in the family,” no less — they had read the book, which had been all the rage in LaFollette back in the day.

My mother was married and living in North Carolina when the book came out. She read my copy and consulted her Aunt Blanche, my late grandfather’s only living sibling. Aunt Blanche knows the book and every LaFollette connection.

Mom and her aunt call each other fairly often. But before last weekend, the two had not seen each other in more than 20 years. Mom and I decided to visit Aunt Blanche in the retirement facility where she lives in Columbus, Ohio.

The only centenarian I know of on either side of my family, Aunt Blanche will be 101 in October.

“Law, I’m so glad you’ve come!” she said as we walked into the room.

My Grandmother Walters used that expression, “Law.” She’s been gone since 1982.

Most of the family and friends that Aunt Blanche talked about have been gone for decades. “They’re all gone now,” she said several times while she and my mother told stories about them.

Aunt Blanche has lived a relatively cosmopolitan life, having married a career serviceman and lived in several areas of the U.S. and other countries. But she never lost her Campbell County-Walters dialect.

Mom still has some of it, but she does not say “Walters” with that low-pitch intonation that her father used when he answered the phone: “Walters Funeral Home.” Aunt Blanche is probably the last person I’ll ever hear say it that way.

While she was telling us a funny story about the time my grandfather shopped for women’s undergarments for dressing bodies at the funeral home, I was wishing I had fully charged my cellphone before the visit.

Aunt Blanche has lost most of her vision and hearing. She gave away her television and can no longer see well enough to read. So much for my idea to record her reading passages from “A Death in the Family.”

Those Campbell County-Walters thoughts are worth more trips to Columbus.