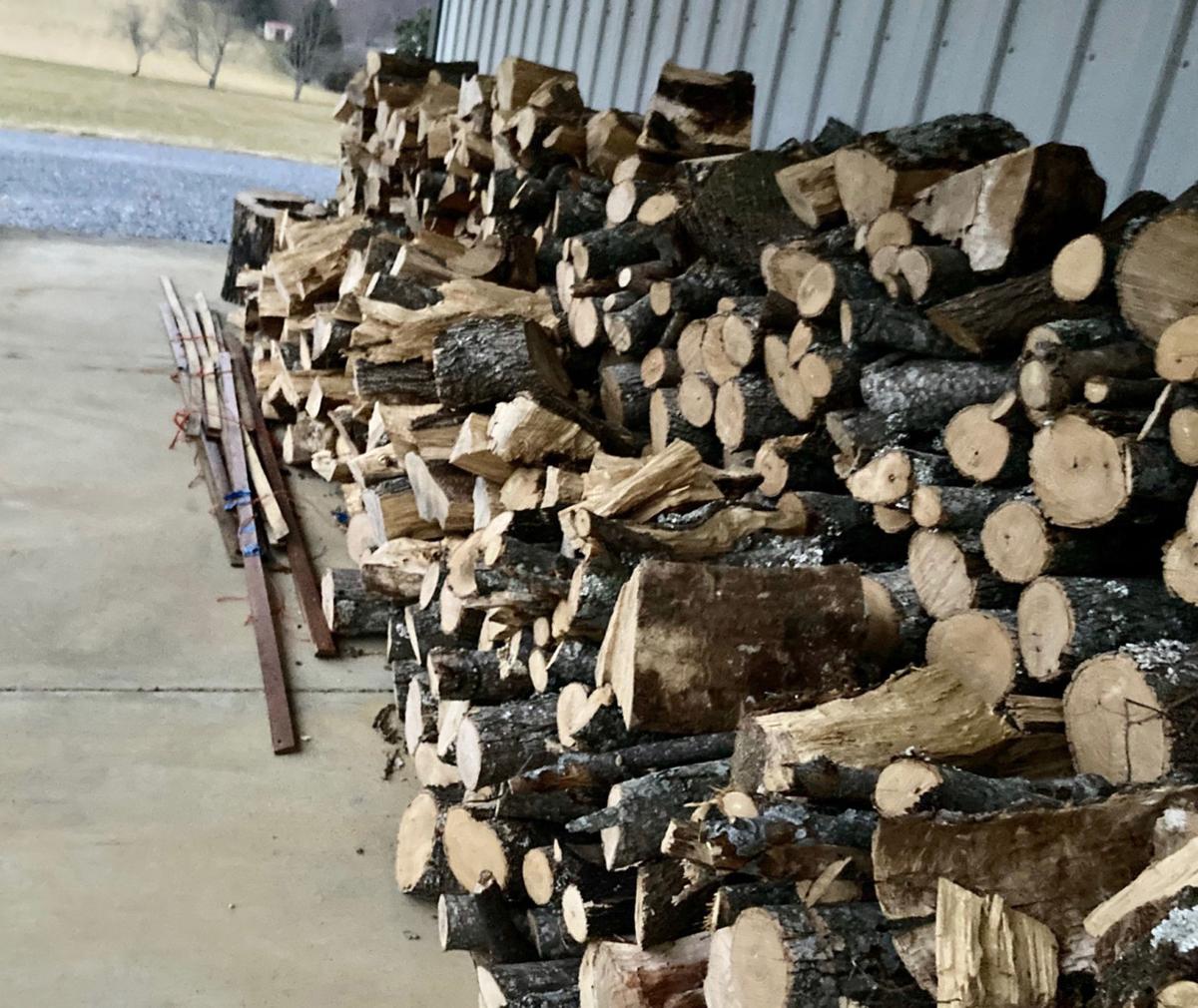 Firewood on the porch — for that trendy, warm and rustic look.

I have one of those trendy wood creations stacked next to a metal barn, less the chicken wire. It’s a look that nearly ruined my lower back, again.

I wrote about firewood during the fall, when I was chopping down a couple of dead emerald ash trees in the front pasture The trees were already well seasoned since they’d been dead for years.

In order to complete the job, I had to take the old Stihl Farm Boss chainsaw in for some minor repairs. It’s the second family Farm Boss in 45 years, which would be quite a testament to Stihl chainsaws had we been continuously sawing wood during all of that time.

When we moved to the country in the 1970s, we heated with wood. I was a teenager and it fell to me to fell the trees. We eventually learned that heating a drafty old farmhouse with wood was impractical.

But by the time my dad insulated the old house and had it retrofitted with central heat and air, I was fairly good at sawing, splitting and stacking firewood.

So whenever I crank up the old saw, it’s no sweat for me to buzz through some limbs. The trouble is in loading the logs — especially the big ones.

Back in the day, I would swing a splitting maul to bust up the logs. Even at my advanced age, I can still swing a maul. But it’s no good against rock-hard emerald ash logs.

I loaded up the largest of the logs and hauled them to my brother-in-law’s place in Carter County for splitting. Kevin cuts more firewood in one season than I’ve stacked in 30 years, but he’s too smart to swing a maul. He owns a hydraulic splitting machine.

Loading the giant logs onto the truck did not help my lower back. But it was the splitting that sent me into months of heating pads and rehabilitation. I blame my sister-in-law.

Beth is a petite-yet-powerful, country woman. She set up the hydraulic splitter and proceeded to feed the massive logs to me as I fed them to the machine. It occurred to me that this was not her first day on a big firewood-manufacturing job.

Before I could finish the splits to one massive log, she would be standing there holding the next.

“Pace yourself, Beth!” I huffed over the drone of the splitter’s engine.

Some of those logs had to have weighed nearly as much as my sister-in-law.

The idea behind the firewood was that we would install a wood-burning stove for heating the barn. That way, the kids could play ping pong and darts all year.

It’s mid-February and the wood stove has not materialized. But the wood stacked outside on the porch at least creates that warm and rustic look. That might just be enough.