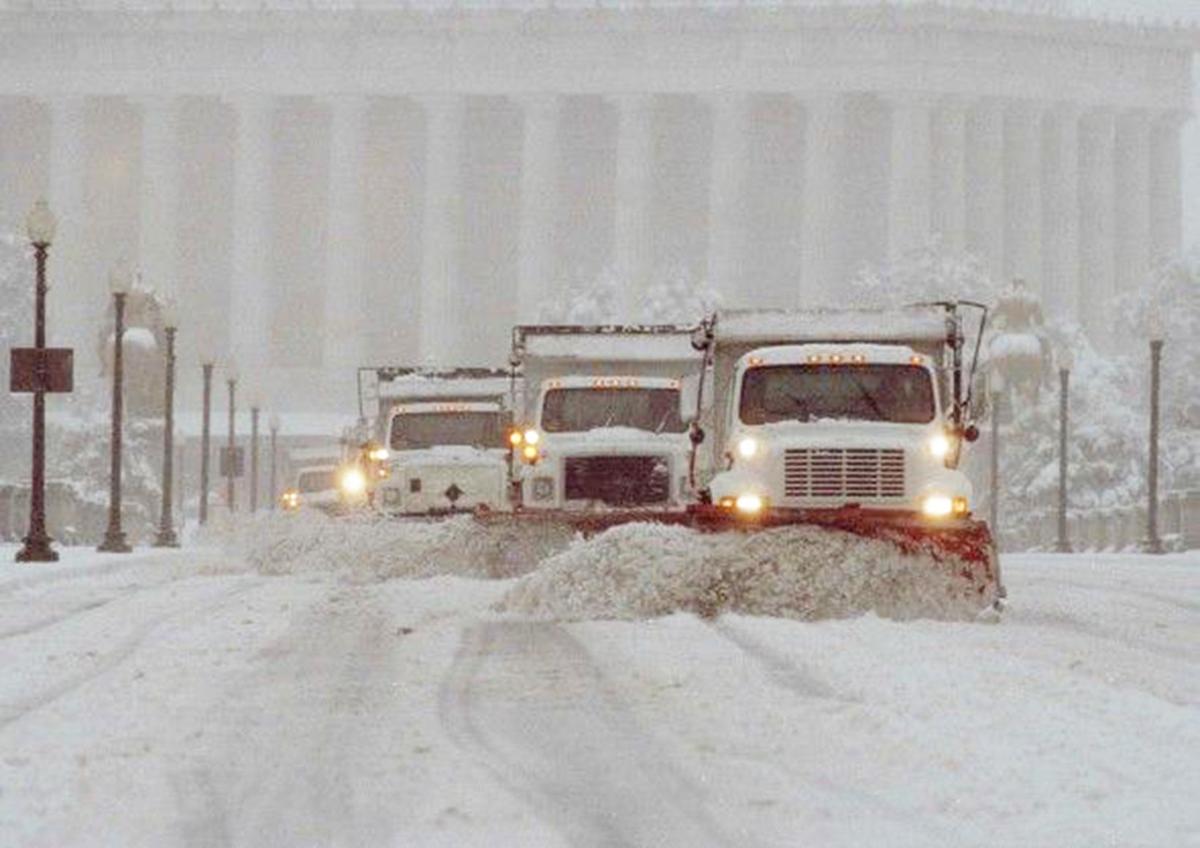 A line of trucks with snow plows push snow across the Memorial Bridge heading from Washington into Arlington, Va. as snow fell in the Washington area, March 13, 1993. The major storm battered the area snarling roads and closing museums. The Lincoln Memorial is in the background.

There appears to be light at the end of our long pandemic tunnel, but I hesitate to count on that. It’s still March, which tends to be a month when anything can happen.

People like to complain about January and February. But at least those months don’t come with great expectations. March brings the first of spring, some warm days and the anticipation of summer.

It’s also when wild animals will awake from hibernation and possibly see lone joggers as breakfast.

I’m writing this column on a beautiful Wednesday, March 10, when the temperature reached into the low 70s. March 10 was also on a Wednesday 28 years ago, and the weather in East Tennessee was similarly springlike. I headed to Myrtle Beach to go fishing with friends.

The wind was so strong on that long-ago weekend that fishing was out of the question. It was either Friday or Saturday evening when snow began to fall in Myrtle Beach. The snow didn’t accumulate there, but it amounted to the “Superstorm of 1993” for most areas north.

It’s also known as “The Storm of the Century.” Many of us refer to it as the “Blizzard of ’93.” A terrible and deadly event by any name, the National Weather Service describes it well:

“The storm will be remembered for its tremendous snowfall totals from Alabama through Maine, high winds all along the East Coast, extreme coastal flooding along the Florida west coast, incredibly low barometric pressures across the Southeast and mid-Atlantic, and for the unseasonably cold air that followed behind the storm. In terms of human impact the Superstorm of 1993 was more significant than most landfalling hurricanes or tornado outbreaks and ranks among the deadliest and most costly weather events of the 20th century.”

What I remember most about it is spending the precarious drive home with my father. I left my friends in Myrtle Beach on that Sunday and spent the night with my parents in Albemarle, North Carolina, where they were living at the time.

My minister dad had a funeral to get to in Johnson City, so we followed each other over the mountain the next day. Jackknifed tractor-trailers had blocked both sides of Interstate 81 around Wytheville, Virginia, where we spent the bulk of the 14 hours it took us to make the four-hour trip.

Imagine sitting in an icy traffic jam for about eight hours with thousands of other stranded motorists and a full bladder. It still pains me to think about it.

When the traffic finally started moving, we stopped at the first exit and ate at a Hardee’s. National Guard troops were traveling up and down the snowy road outside in armored personnel carriers with tank treads.

Dad and I made one more emergency restroom stop before arriving in Johnson City — this time at a desolate exit with deep snow no facilities of any kind. Details are not important, but I can still feel better just thinking about it.

All things considered, I would choose the Blizzard of ’93 over a pandemic any day. Having experienced both, I will most likely never trust March again.