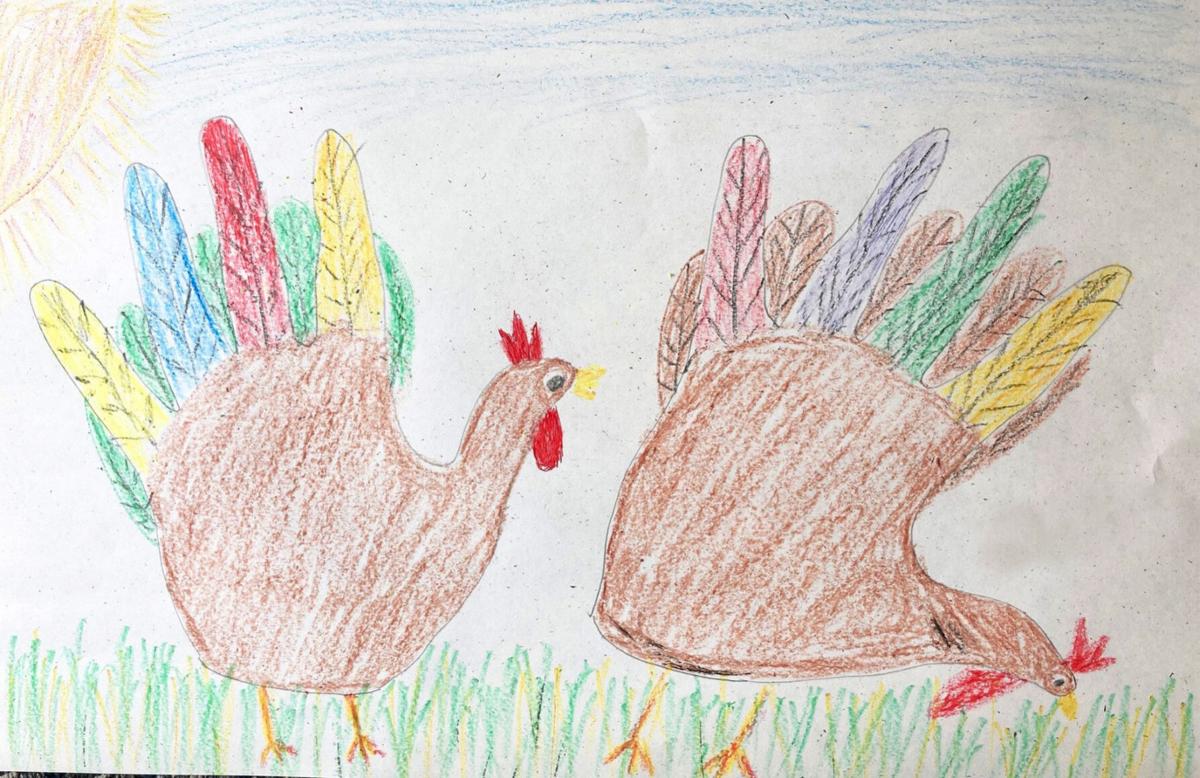 Hand turkeys that have not been debased by a fourth-grader make an excellent centerpiece for the Thanksgiving table.

My wife was scrolling through her social media pages one recent evening when she happened upon a post with what was purported to be the history behind that vulgar and insulting hand gesture that utilizes the middle finger.

As Sharon began reading the post aloud, I interrupted with, “This is what I like best about social media: the quality journalism. But go on.”

About four sentences in, we both suspected that the history lesson was bogus, which it was. But now our interest was piqued, and so we pressed on and searched the internet for the true history of the one-finger salute.

The fake story was better.

Before I go further with this subject I should say that flashing the middle finger is something that I never do. I have encouraged my children to also leave it out of their sign-language vocabulary. For one thing, it’s incredibly cliched. Plus it does not reflect well on the owner of the finger.

The most recent middle finger directed at me belonged to a guy on a motorcycle who had not noticed that the turn arrow was green. In a gesture of goodwill and kind communication among motorists, I gently tooted my horn.

Before revving and roaring, he gave me a quick left-hand “salute” — which created an especially odd juxtaposition alongside the picture of Jesus on the back of his T-shirt under the words “I only kneel for one man.”

Flipping off a fellow driver is the fastest way to let that person know that your brain has not significantly expanded its critical-thinking or anger-management skills since about the fourth grade.

Speaking of the fourth grade, it was during this time of year in 1970 when I got into some middle-finger trouble at school. Thanksgiving was near, and our teacher, Mrs. Kirkland, had us designing some classic hand-turkey art.

As we were tracing our hands on orange-and-yellow construction paper for the project — a prospective centerpiece for our mothers’ Thanksgiving tables — I had a really bright idea for a 9-year-old.

With the same pencil I had used to trace my hand, I wrote on the image of my middle finger, in a top-to-bottom arrangement, the words “GO TO HELL.” At the time, that was the only message I was aware of behind the flashing of a middle finger.

The one surprising thing about our research the other night is that nowhere in the recorded history of the middle finger — at least among the sources that we consulted — is there a reference to that particular irreverent directive.

At any rate, that’s what I wrote on my middle turkey feather. My plan was to get a laugh out of the kid next to me, erase the words and go about the business of transforming my fingers into feathers using crayons.

Something I had not considered was that Eddie Lingerfelt’s 9-year-old brain might not have quite developed a similarly advanced capacity for such harmless humor. He held my inappropriate artwork in his hands for a few seconds and then walked it straight to Mrs. Kirkland.

She made me sit beside her for the rest of the period. I asked when I might be able to finish my hand-turkey. “Oh, it’s finished,” she said, adding that that she was going to keep it in her desk.

Except for leaving me in suspense leading up to parent/teacher conferences, Mrs. Kirkland, who had boys of her own, was merciful. My mother never found out what a turkey her son had been that day. And for that, I was very thankful.