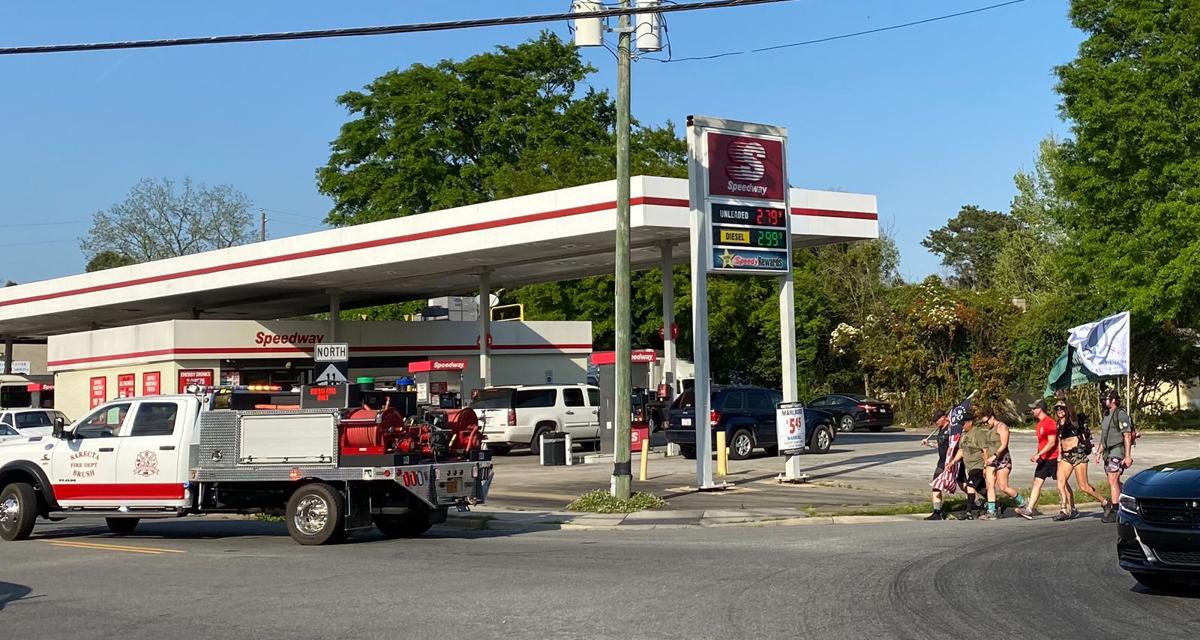 Marchers turn the corner with the help of the Sarecta Volunteer Fire Department and the Kenansville Police Department. 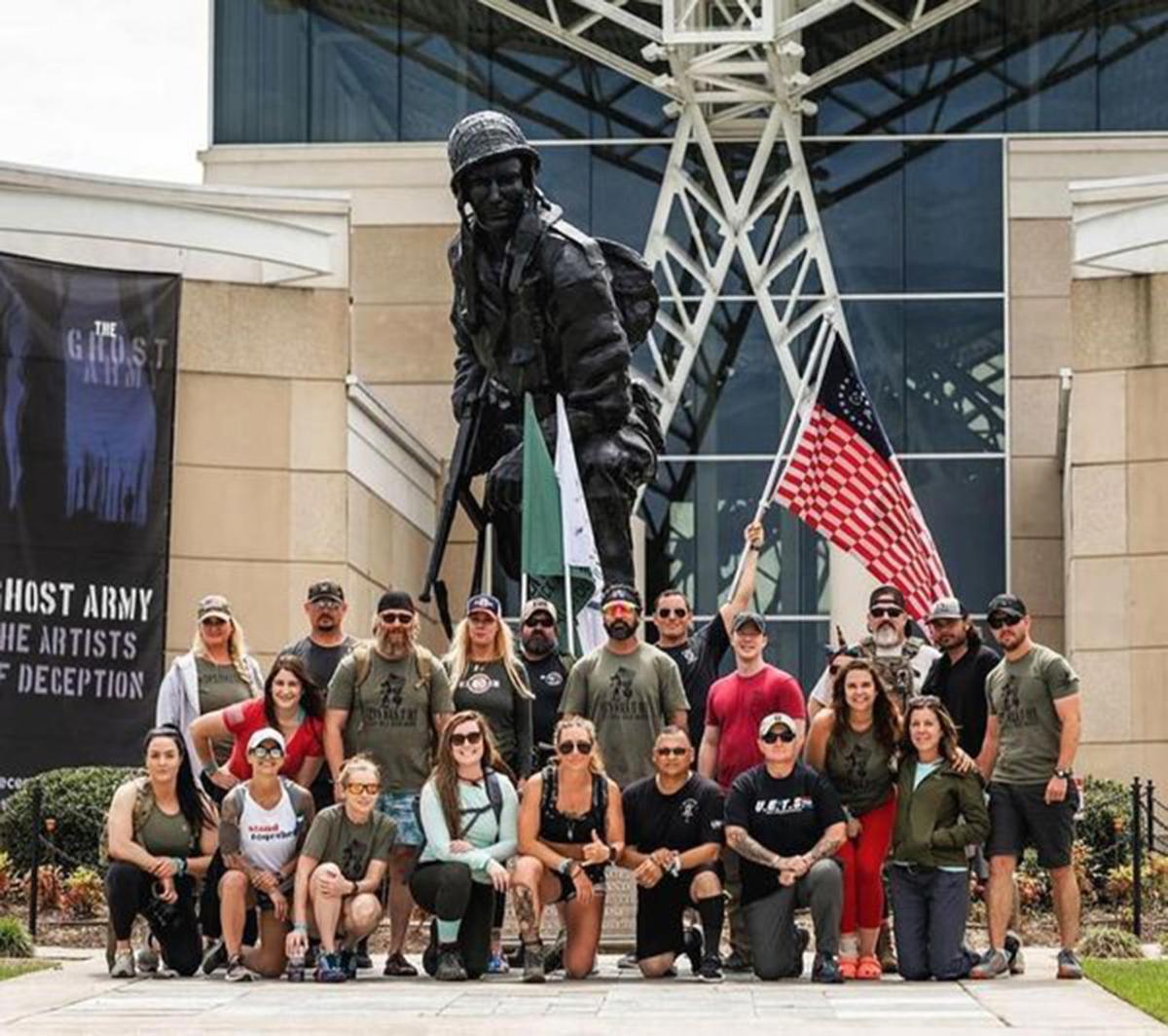 Participants of the Let’s Walk it Out: 222+ Mile Ruck March, pose for a photo at the finish line in Fort Bragg.

Marchers turn the corner with the help of the Sarecta Volunteer Fire Department and the Kenansville Police Department.

Participants of the Let’s Walk it Out: 222+ Mile Ruck March, pose for a photo at the finish line in Fort Bragg.

KENANSVILLE — Sydney Ruefenacht sipped on a water bottle as sweat rolled down her neck.

A few feet away, under a sign that read: 222 Mile Ruck March sat Staff Sgt. Anthony Peterson, who donned a towel around his neck that he used to run through his hair to catch his perspiration.

Ruefenacht and Peterson were among 20 participants who stepped into the shoes of people who suffer from PTSD and mental disorders during a 222-mile walk for a worthy cause.

“It’s all about them,” Peterson said. “This is absolutely nothing compared to what they have and will continue to go through.”

Let’s Walk it Out participants marched from Fort Bragg in Fayetteville to Camp Lejeune in Jacksonville and then back to Fayetteville in an effort to raise awareness about suicide prevention among the military, law enforcement and first responders.

The stop in Kenansville last Wednesday ended the day’s march.

The group averaged about 22 miles a day on a journey that started April 8 and concluded last Saturday.

“We endure physical discomforts that will subside with rest and Motrin,” said the group’s Facebook page. “But emotional pain isn’t always as easily remedied.”

Veterans are 30 % more likely to commit suicide than those who did not serve.

About 22 veterans take their lives every day.

About 80 % of first responders have said they experienced traumatic episodes.

“This is a pretty deep and important subject to us,” said Ruefenacht, who is the Special Forces Foundation director of operations. “We’ve seen a lot of people who served in Iraq and Afghanistan suffer.”

“We’re out here for them and everyone else. We owe a debt of gratitude to those who are in law enforcement, and our first responders on fire departments and EMC groups everywhere.”

Peterson is currently serving on Fort Bragg within the U.S. Army Special Operations Command. He told ABC TV-11 that he’s marching for his close friend, Watson, who died by suicide.

“It was really heartbreaking when I found out the news that he took his own life,” Peterson said.

Peterson, during the initial portion of the march, brought with him his “Flag to Remember” which had the names of Watson and others who lost their lives to suicide or in the line of duty.

By bringing this flag with him to every event, Peterson says he’s making sure those names continue to be honored.

“To me, this walk kind of gives us a chance to feel, um, feel what the others have felt —which is alone.”

Let’s Walk It Out is the creation of J.P. Cervantes as way to show how many veterans commit suicide daily.

It’s an umbrella that supports several foundations that help veterans and their families.

Proceeds from the initiative are going to the following foundations and charities dedicated to veteran wellness:

The group’s common mantra is “A life of service can leave its mark. But together we can impress upon our heroes they are not alone. Let’s Walk it Out.”

“The outpouring of support for our mission has been amazing,” said Kristin Buxton SFF director of events.

To make a donation or seek information, call 800-273-8255, text BRAVE or visit the suicidepreventionlifeline.org

Here is a recap of the walk: