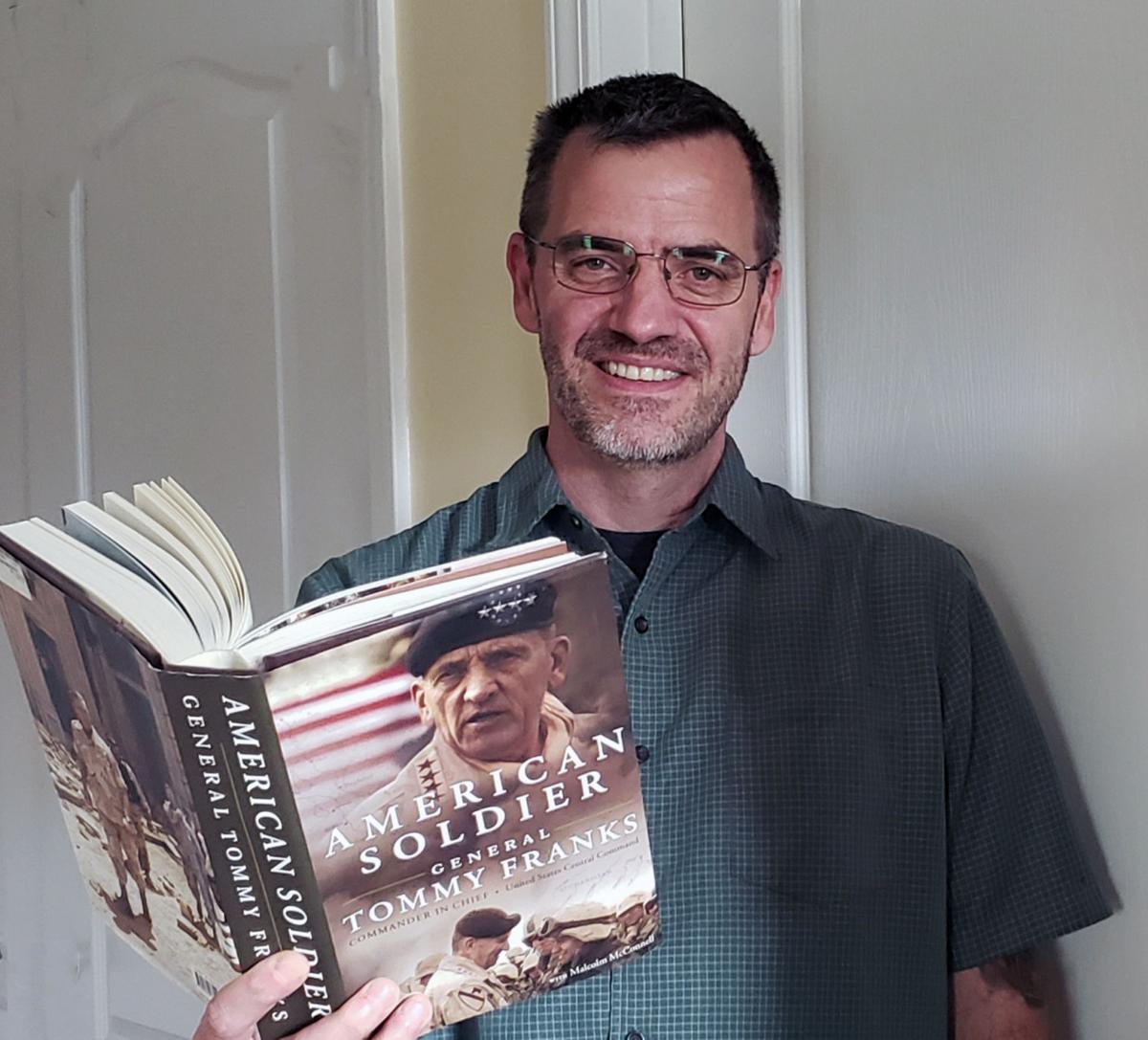 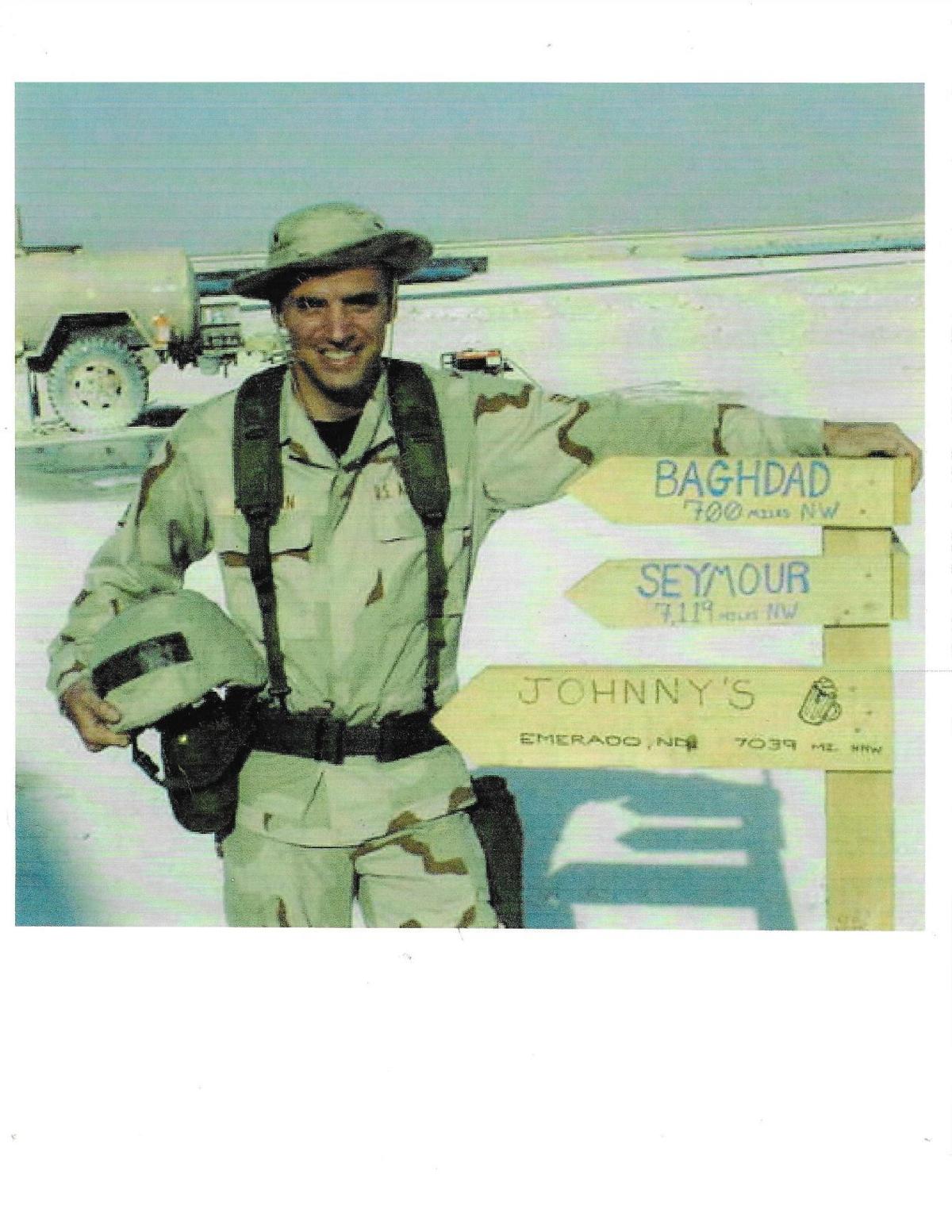 MOUNT OLIVE — Life rarely turns out as expected. But, almost always, you can expect to get out of life, what you put into it. Fifty year old Guy Mattern is proof positive of that statement.

Mattern grew up in a small town in Northeast Ohio. He did very well during his early schooling years, but fell off track with his studies during high school. It wasn’t because he couldn’t learn, it was just that he became uninterested. From the time he was 12 years old, Mattern worked odd jobs. He mowed grass, shoveled driveways, delivered newspapers, and worked in the fast food industry. “I enjoyed working, and that’s where I focused my time and attention,” he said.

Mattern graduated from high school with the rest of his class in 1989. Instead of going off to college, he continued to work in fast food and eventually became a manager. He was married by the age of 19 and had his first son at 20. Mattern eventually took on two more jobs to make ends meet. “Three jobs began to wear on me, and I decided to join the Air Force,” he said.

Mattern’s twin brother, who was previously enlisted, gave Mattern the number to his recruiter. Mattern enlisted in the United States Air Force on March 10, 1992 as an Aerospace Ground Equipment Mechanic. “I didn’t enlist for any reasons of patriotism or need to serve,” he admits. “I did it out of sheer necessity. This would be my first lesson in life on unexpected realizations.”

Within the first couple of years in service, Mattern gained a new perspective on service and patriotism. He became genuinely proud to serve. Mattern held positions of Floor Supervisor, Production Support Supervisor, Programs Flight Chief, Maintenance Manager, Inspections Manager, and Production Supervisor. He was responsible for the periodic and unscheduled maintenance of support equipment over various aircrafts.

Mattern was stationed at Seymour Johnson Air Force Base from 1992 to 1998. In 1998, Mattern received orders for a one-year remote tour to Kunsan Air Base, South Korea, after which he returned to SJAFB until 2012. He was deployed several times throughout his military career including to Dhahran Air Base, Saudi Arabia in 1994, Incirlik Air Base, Turkey in 1996, Al Udeid Air Base, Qatar in 2003, and Bagram Air Base, Afghanistan in 2008. “One enlistment turned into another until I was looking at 20 years,” he said.

As hard as the decision was, in 2012, Mattern knew it was time to start a different chapter of his life. “A friend of mine had retired a year earlier and told me about a job opportunity at Novo Nordisk Pharmaceuticals in Clayton,” Mattern said. “I was hired as a Maintenance Technician while I was still on terminal leave. I began working immediately.”

During his military career, Mattern had taken a few classes from the University of Mount Olive (UMO), but he had not earned a degree. “I knew if I was going to advance my post-military career, that I would need more education,” he said.

Mattern enrolled at UMO in 2018. He used the Post 911 GI Bill benefits to pay for his schooling. He graduated with a BS degree in business administration in August of 2020 and immediately enrolled in the MBA program. He is on track to graduate with his graduate degree in August of this year. “Throughout my college experience, I have been repeatedly reminded of how much I didn’t know and how my prior views of education were wrong,” he said. “UMO has changed my thoughts on the importance of education and how to apply critical thinking to situations instead of following the crowd.”

During the nine years that Mattern has worked at Novo Nordisk Pharmaceuticals, he has advanced several times. He currently serves as Manager of Maintenance Planning and Asset Management. “The experience and knowledge I have gained at UMO has been incredibly helpful in my current progression path. This is another one of those examples of unexpected realizations,” Mattern said. “In particular, in one of my leadership classes, I learned about the many different leadership styles, traits, and characteristics. By the end of the lesson, I learned that most things are situational and no single style fits all. I use this a lot in management today.”

Mattern’s advice to anyone thinking of returning to college is, “Go for it!,” he said. “I returned to college to progress in my career, but I am rewarded more by the knowledge I have gained.” He also noted that at various points in his life he thought he had everything all figured out, only to learn that most times he did not. “Throughout my 20s, 30s, 40s, and now at age 50, life has repeatedly taught me that I do not know it all and I never will,” he admitted. “My biggest takeaway and life advice would be that you get out of life what you put into it, and that you are never too old to learn something new. I will probably be taught this lesson many more times,” he said with a smile.

Mattern and his wife, Kimberly, are parents to Joshua, Taylor, and Dylan. They reside in Wade, NC.

The University of Mount Olive is a private institution rooted in the liberal arts tradition with defining Christian values. The University is sponsored by the Convention of Original Free Will Baptists. For more information, visit www.umo.edu.