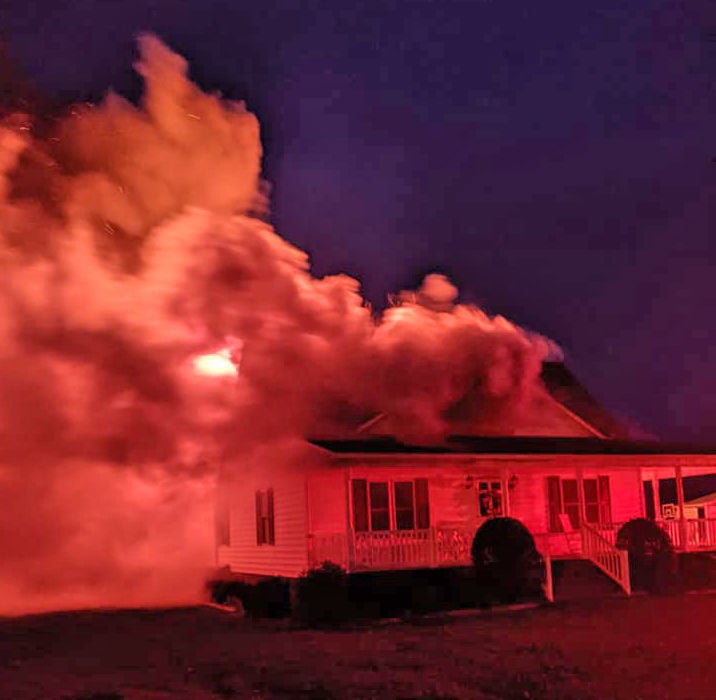 At top, a home in Albertson was destroyed by a fire on Christmas morning. Fire officials say the fire started when a hoverboard left charging under the carport overheated. Above, a home in Rose Hill was destroyed early on Christmas Eve morning by a fire, which started in an electrical outlet in one of the bedrooms. 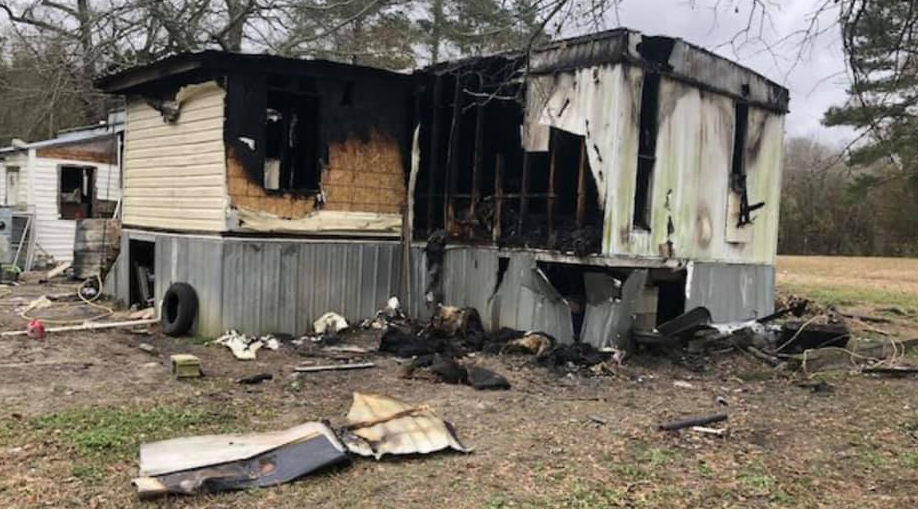 This home in Rose Hill was destroyed early on Christmas Eve morning by a fire, which started in an electrical outlet in one of the bedrooms.

At top, a home in Albertson was destroyed by a fire on Christmas morning. Fire officials say the fire started when a hoverboard left charging under the carport overheated. Above, a home in Rose Hill was destroyed early on Christmas Eve morning by a fire, which started in an electrical outlet in one of the bedrooms.

This home in Rose Hill was destroyed early on Christmas Eve morning by a fire, which started in an electrical outlet in one of the bedrooms.

KENANSVILLE — The causes have been determined in two Duplin County home fires that occurred over the Christmas holiday. The fires, in Albertson and Rose Hill, forced two families with young children from their homes and destroyed all of their possessions, including Christmas gifts.

Duplin County Fire Marshal and Director of Emergency Management Matt Barwick said that the cause of the fire that destroyed the home of Bradley and Mary Anne Murphy in Albertson was a hoverboard that had been left charging overnight on the rear stoop.

“It was an accidental fire, caused by a hoverboard on the back stoop, on a concrete pad under an open carport,” Barwick explained. “[The parents] had plugged it into a receptacle by the back door before they went to bed.”

The hoverboard, which is also known known as a self-balancing scooter, exploded as a result of overcharging. High winds on Christmas Eve caused the fire to accelerate and spread throughout the entire house very quickly. Barwick said that the vinyl siding by the back door was completely melted due to the hoverboard explosion.

The family lost their home, all of their belongings and a family pet in the blaze.

Barwick cautioned that hoverboards are well known for causing fires, and even deaths. “They start leaking fluid from the batteries when it overcharges and overheats, which can lead to an explosion,” he said.

In fact, according to the U.S. Product Safety Commission (USPC), more than 250 fires have been caused by hoverboards overheating since 2015.

In March 2017, the USPC reports, a 2-year-old girl and a 10-year-old girl died in a house fire ignited by a hoverboard in Harrisburg, Pa.

Barwick said educating the general public about everyday hazards such as an overheating hoverboard is part of the reason the Fire Marshal’s Office works to quickly identify the cause of fires.

“First and foremost, we want to identify causes so we can prevent incidents like this from happening again,” he said.

Barwick also added that the volunteer firefighters that responded to the fire deserved a lot of credit for their work in containing and extinguishing the fire.

“If it weren’t for our volunteer firefighters and their quick actions, we could be looking at a loss of life,” Barwick said. “So we’re incredibly grateful for those guys. They leave their families and their warm beds, even on Christmas, to go help someone else.”

Early on Christmas Eve morning, another family — two adults and three boys — lost their home to a fire in Rose Hill.

The call went out at 4:04 a.m. on Dec. 24 for a residence on Danny Kay Wells Lane in Rose Hill. Units from Rose Hill, Magnolia and Warsaw were dispatched to the scene, where they found that the fire was already visible in more than half of the home.

“It was over 50 percent involved when we got there, so what wasn’t burned out was heavily damaged by smoke,” said Rose Hill Assistant Fire Chief Nick Buckner.

Buckner said that although the department isn’t 100 percent sure of the exact cause of the fire, it was electrical in nature.

“We think it started in an outlet in the bedroom,” he said. “We could tell it started at that outlet, but it was impossible to tell what had been plugged in there or what was around it.”

The American Red Cross offers the following tips to help prevent home fires, no matter what time of year it is:

• Install smoke alarms on every level of your home, inside bedrooms and outside sleeping areas.

• Talk with all family members about a fire escape plan and practice the plan twice a year. Include pets as well, to ensure that they come when they are called in the event of an emergency.

• If a fire occurs in your home, GET OUT, STAY OUT and CALL FOR HELP.