School board votes to continue remote learning through Jan. 29 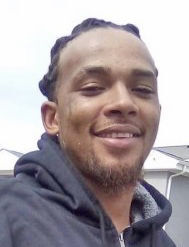 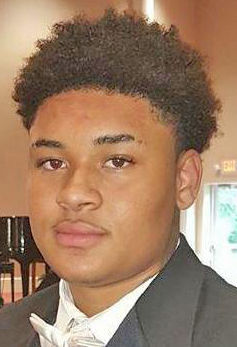 As 2021 began, Duplin County law enforcement authorities were still investigating the deaths of three men, two of whom were murdered in November. No arrests have been made in either of the homicide investigations, and the cause of death is still undetermined in the third unsolved death.

A body discovered in Grove Creek in Kenansville on Oct. 28 was positively identified as Harold Liles, 55, who was reported missing from Wellington Park assisted living facility a few days prior. However, more than two months later, a cause of death has still not been determined.

“Where we’re at right now, we’ve not received the autopsy report yet,” said investigator G.G. Killette. “We’re trying to get this sorted out so we can find out what happened to Mr. Liles.”

The Kenansville Police Department reported that the Medical Examiners Office and coroners had made a positive identification of the body. The circumstances surrounding Liles’s death are still under investigation.

“Other than the confirmation that it is Harold Liles, we don’t have any other information right now,” Killette said in early November. “Because of COVID-19 restrictions, it will take longer for the results of the autopsy. It’s frustrating, but he was a harmless, helpless man, and we want to figure out what happened to him.”

On Nov. 25, Darius Atkins, 29, of Goldsboro was shot to death in the parking lot of House of Raeford in Rose Hill, where he was an employee.

The following Monday, Nov. 30, Duplin County Sheriff Blake Wallace identified a suspect in Atkins’ murder: Antwan Terrell Wright, 34, of Wayne County. A warrant was issued for Wright’s arrest, and he is considered armed and dangerous.

“We have several leads, possibilities where he may be located,” Wallace said on Dec. 31. “We are working with federal and state authorities and are actively searching for him.”

The sheriff added that they’ve received reports that Wright fled the state, and other reports that he’s still in the area, in hiding. “We hope to bring him into custody soon,” Wallace added.

Atkins leaves behind a wife, four children and five stepchildren.

On Nov. 29, 20-year-old Sabeian Mathis of Rose Hill was killed in a shooting at the American Legion in Wallace.

The shooting also injured two others — Jarmmell Faison, 45, of Warsaw, and Samuel Melvin, 26, also of Warsaw. They were treated for non-life threatening gunshot injuries.

The incident occurred during a private party at the American Legion building. Four vehicles were damaged, and there was extensive property damage to the building as well, which had broken windows and bullet holes in the walls.

As of press time, law enforcement authorities still had not identified a suspect, and the investigation was ongoing.

Anyone with information on Mathis’s death is asked to contact the Wallace Police Department at 910-285-2126.