Log In Register
You are the owner of this article.
Edit Article Add New Article
You have permission to edit this article.
Edit
News
Sports
Opinion
Features
Obits
Multimedia
Classifieds
e-Edition
Our Sites
Share This
1 of 4 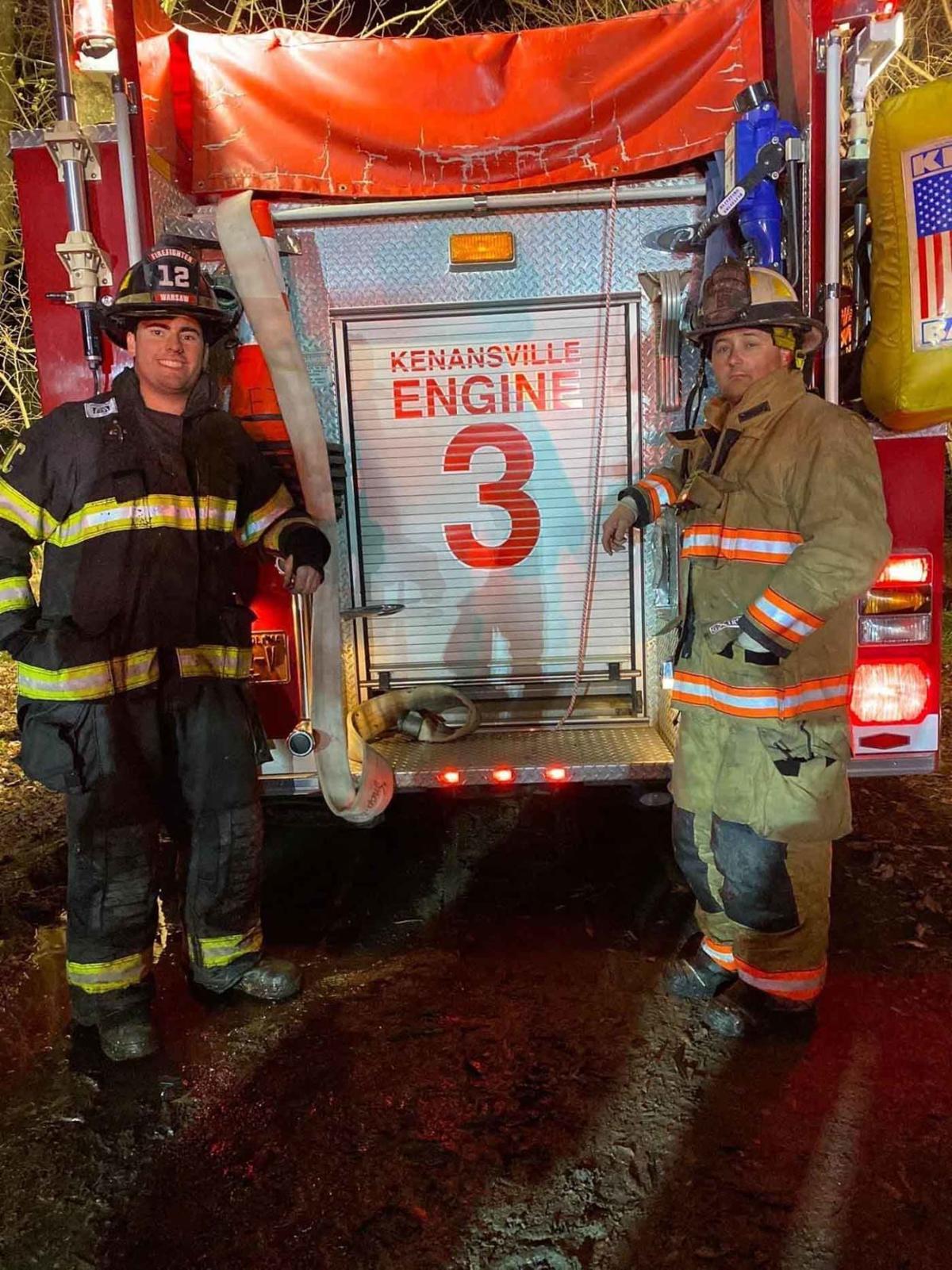 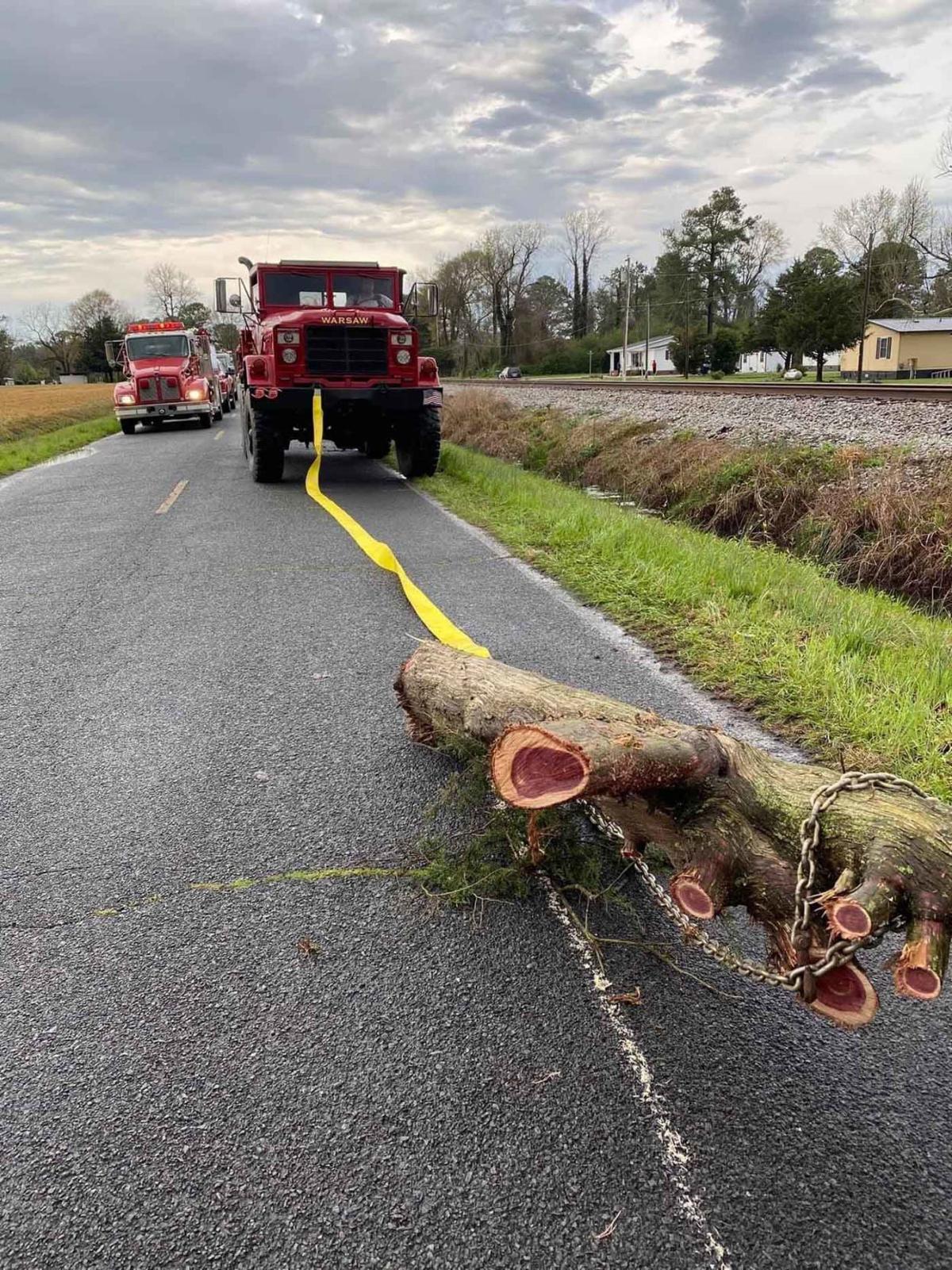 The Warsaw Fire Department responds to a call. Of the 1.8 million firefighters in the U.S., 69 percent are volunteers. 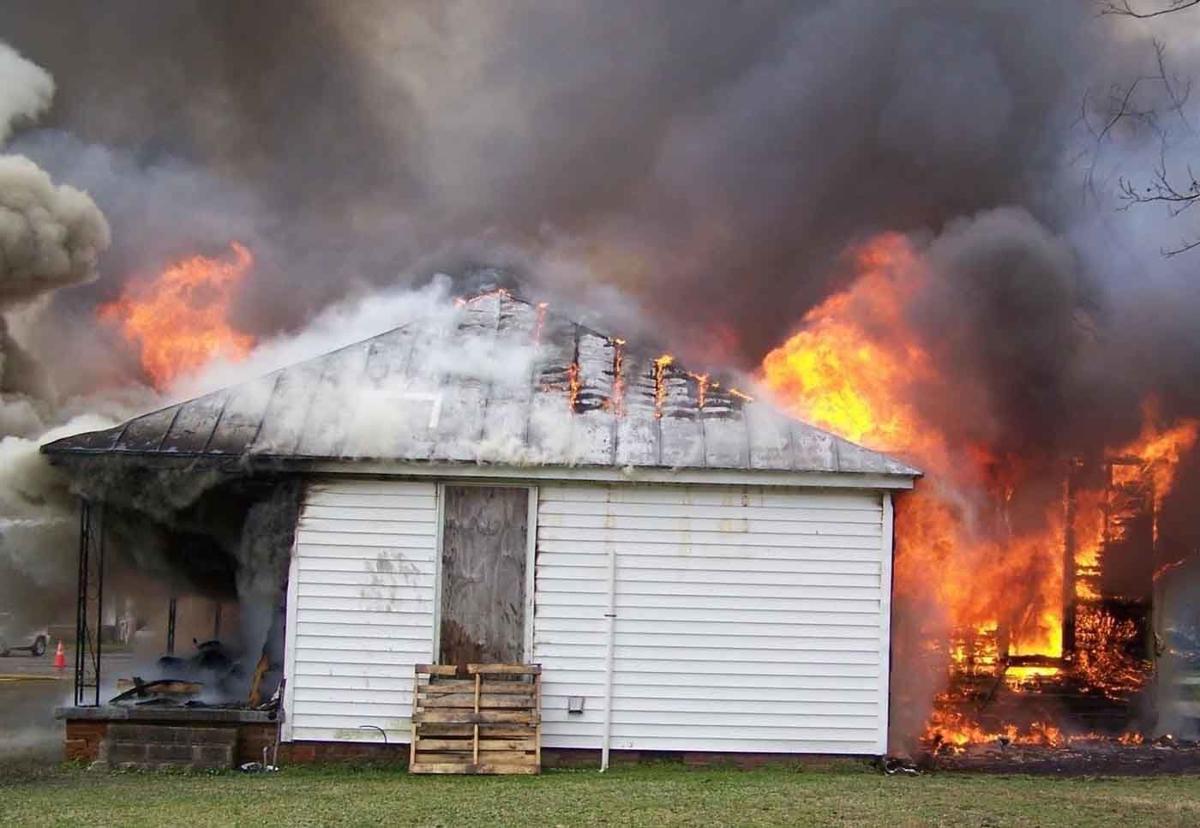 In the past two decades, fire departments in small towns across America have seen a dramatic drop in volunteers, leaving many communities more vulnerable to blazes. 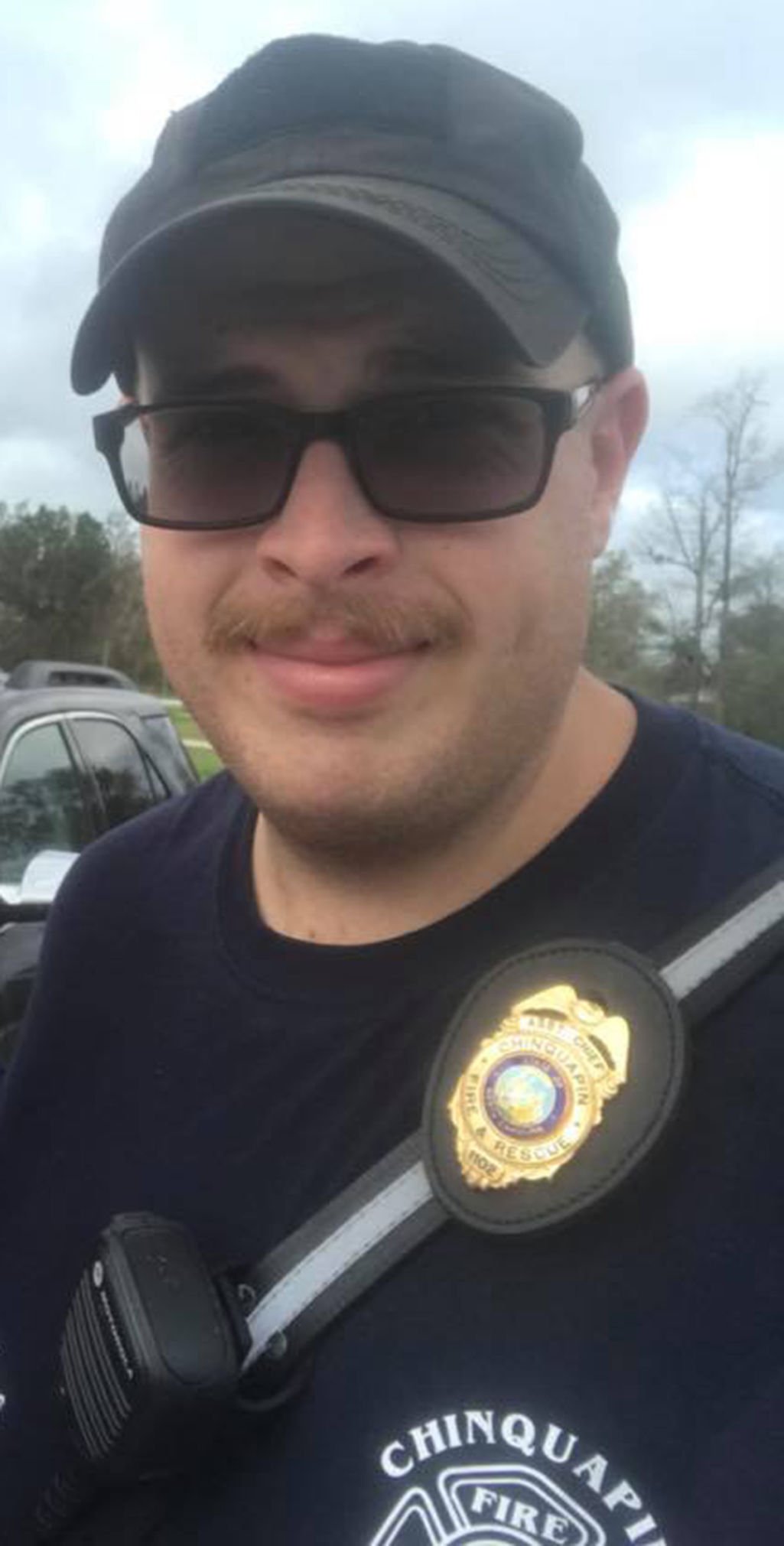 The Warsaw Fire Department responds to a call. Of the 1.8 million firefighters in the U.S., 69 percent are volunteers.

In the past two decades, fire departments in small towns across America have seen a dramatic drop in volunteers, leaving many communities more vulnerable to blazes.

KENANSVILLE — Ben Franklin was a printer and publisher, inventor of many things. He helped draft the Declaration of Independence and is one who history remembers for coining the phrase, “Early to bed and early to rise, makes a man healthy, wealthy and wise.”

He was also the man who established the first volunteer fire department in the United States in 1736.

Three years earlier, he wrote about the dangers of fire, and the need for organized fire protection in his newspaper, The Pennsylvania Gazette.

While volunteer firefighting has it origins in Rome, Franklin raised public awareness about Philly’s dire need to improve firefighting techniques, and also made a call-to-arms for volunteers.

For centuries, they came in droves.

But in the past two decades, fire departments in small towns across America have seen a dramatic drop in volunteers.

“I wish I had one answer to explain it all, but I’m not really sure how to fix this problem,” said Matthew Casey, a longtime firefighter at the Chinquapin Volunteer Fire Department. He is in charge of a program that finds and retains volunteers through a grant from the state’s Work Force Solution agency.

Causey runs a program that can help volunteers attain the training they need to become firefighters, which includes a mandated 36 hours per year.

Casey, 31, and his 34-year-old brother Mark, are firefighters, as is their father Mike, the Fire Chief at Chinquapin.

“In my opinion, it seems like money talks and the younger kids just don’t want to do volunteer for their community,” Casey said. “You see fewer nuclear families who pass down the these values.”

David Miller, who has been a volunteer at Lyman Volunteer Fire Department for more than 25 years, said some of Duplin County’s fire departments meet the required 20 volunteers to be a certified department, while many others struggle to meet the quota.

“Some of the bigger ones — Wallace, Beulaville, Rose Hill, Warsaw —have quite a few members, but it’s a struggle for places like Kenansville, Northeast and Chinquapin,” Miller said. “Many departments are hovering in the low 20s … 25 for less.

“Studies say people say they don’t have the time and still have family time, sports, dance classes, and they don’t feel they can invest the time into volunteering.”

But Miller says, being a volunteer firefighter or a first responder for a department does not require volunteers to run into burning buildings or man a water hose.

“We need people for all sorts of things, from writing reports and handling paperwork to driving to a number of other jobs that our manpower doesn’t allow us to do,” he said. “And we have jobs anyone can do.”

Back to volunteering later, but now a look into the important role volunteer firefighters play in a time much different from Franklin’s when good citizenship would be enough to beacon a volunteer into duty to his community.

Of the 1.8 million firefighters in the U.S., 69 percent are volunteers.

A total of 94 percent of volunteer firefighters serve communities with 25,000 residents or less. For reference, Duplin has about 60,000 people and more than 20 fire departments.

And research shows that rural fire departments face the same danger a fireman would see in a large city.

“I wouldn’t say any department here has enough (people),” said Casey. “And while not everyone has the mental and physical requirements to be a firefighter, there’s always something that can be done to help, such as CPR or helping to fundraise or be there to respond to what is needed.”

Casey is using a grant the NC Associations of Fire Chiefs got through the Federal Emergency Management Agency (FEMA). They were one of 20 fire groups in the state to get the funding.

It has provided him with recruitment literature, apps and funding for training and certification of new volunteers.

While some scoff at the idea of a fire burning in their neighborhood, others know it could happen at any time.

“We have a lot of trouble getting help for day-time fires,” Casey said. “In some places it’s non-existent. Fires come and accidents happen when they do and there’s no predicting when you’ll need a firefighter or paramedic.”

Anyone who doubts the importance of a volunteer firefighter has never heard a victim of a fire speak.

“They were literally like a guardian angel to my family when we had lost nearly everything,” said former Beulaville resident Tony Davis, whose house was saved from total distruction from a fire outside of Philadelphia by a community fire department. “That happened a long time ago, and it made me think of how grateful I should have felt when I watched firemen in Duplin do the same for people close to me growing up.

“It made me look at my old firefighting friends in a different light.”

And yet Philly was not the first volunteer firefighing “association.”

Organized firefighting goes back to Rome.

Most departments in Duplin receive fire-tax money, but those funds go quickly when the cost of everything needed to keep a department running goes up — by state and national standards:

“Teachey, Potters Hill and Warsaw all have new station loans, and Rose Hill is ready to build one,” Miller said. “Magnolia, Beulaville and Chinquapin all had renovations and bills associated with it.

“Warsaw and Wallace ordered a couple new trucks and Greenevers bought a newer used one. So nearly everyone has a truck payment.”

While more money is always needed, volunteers are the real lifeblood of the fire departments.

“Without a doubt,” Miller said. “We can always do more with more volunteers, regardless of what kind of equipment and stations we have.”