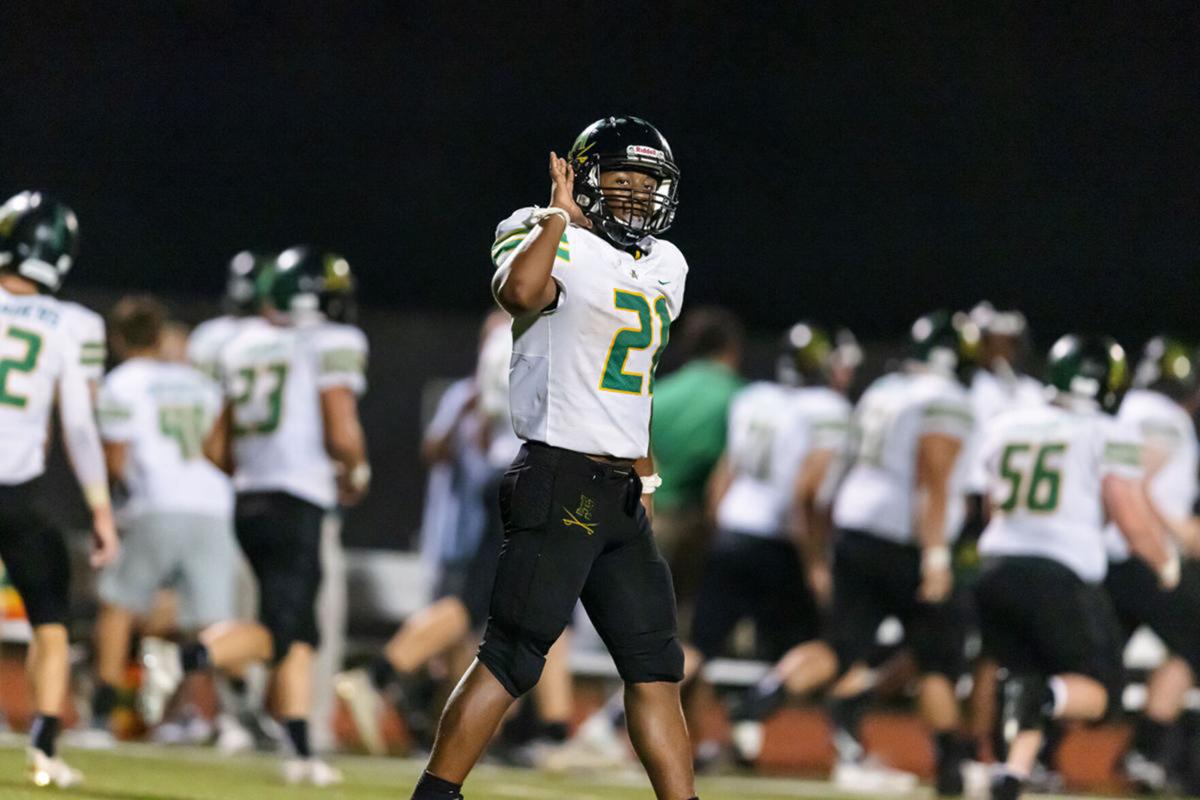 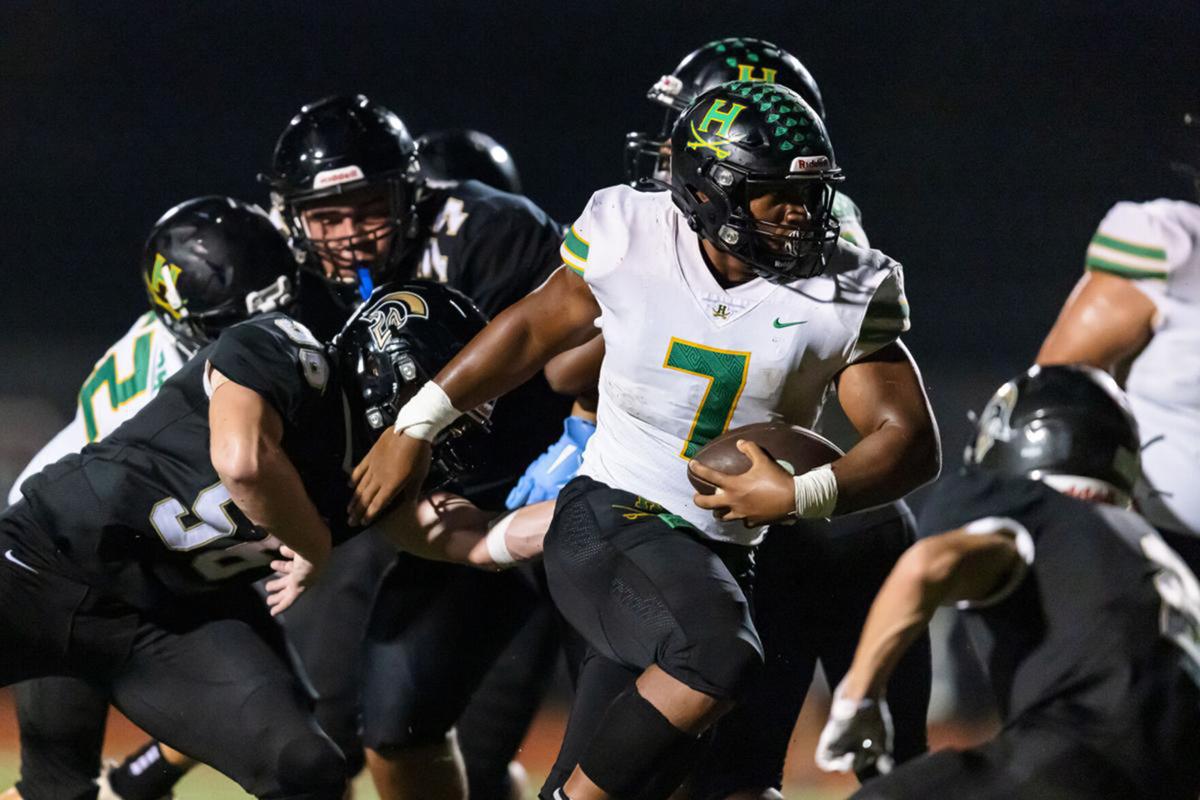 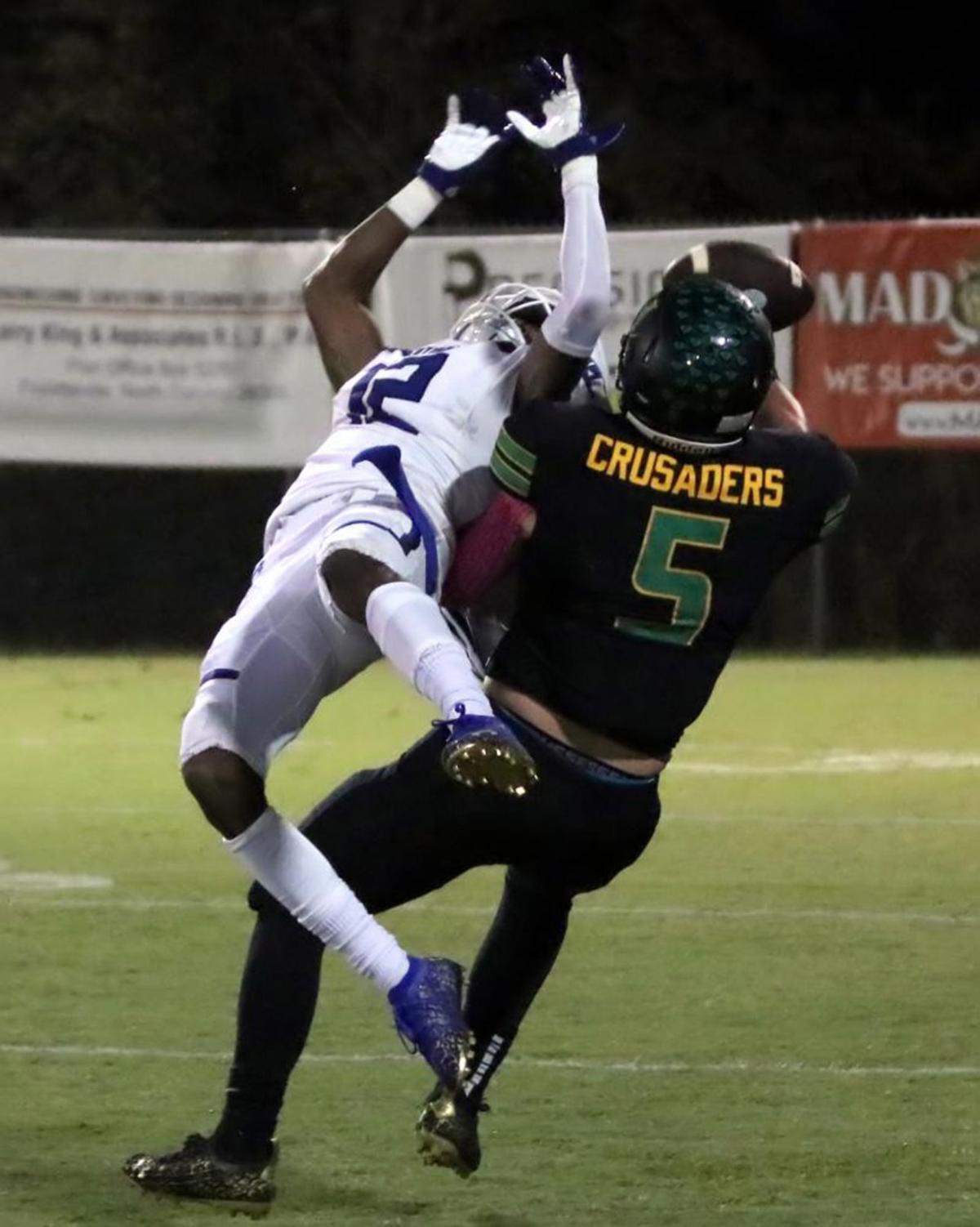 HARRELLS – If things go as planned, the Harrells Christian Academy football team will play its next two games at Murphy-Johnson Stadium.

Hold on, though – it’s playoff time in the NCISAA and all teams “live” on the basis of their last game.

The Crusaders will need to avoid slow starts.

But the sluggish beginning didn’t hurt too much last Friday as HCA scored 22 unanswered points in the third quarter to beat No. 8 High Point Christian 48-27 .

“We didn’t play real well in the first half, coming out flat,” said Crusader coach Jason Arnette, whose team beat the HPC Cougars 52-42 on Aug. 27 in High Point.

Arnette said part of the reason for the slow beginning was many players were mourning the death of former HCA athlete Hill Lanier, who died earlier that day.

“That was obviously a big thing and we were dealing with it right up until kickoff,” he said. “We came out flat and just didn’t play well in the first half.”

Devin Gardner had three of his six touchdowns in the first half, as HCA clung to a 19-14 edge at the break.

Gardner added two more in the third and Xavier Arrington had a 50-yard score to up the margin to 41-14.

Opposing quarterback Myles Crisp, who had two first-half TD passes, tossed another early in the third. But HCA came back to go in front 48-20 when Gardner worked into the end zone from 15 yards out.

Crisp’s 1-yard run got the Eagles as close as they would get.

“He was probably the best quarterback we played against all year,” Arnette said. “They moved him from quarterback that last few games and they struggled. He played a heck of a football game as a runner and quarterback.

“He beat us and we beat ourselves the other time with some dumb penalties and plays, which all led to more points than I would have liked to see.”

Gardner bullied his way for 302 yards and the six scores, while Arrington had 107 yards and a TD and High Point had no answers for the duo.

The winner advances to the final, and if HCA wins it will be in Harrells on Nov. 18.

Charlotte Country Day, which plays against 1A competition with large enrollments. The Buccaneers have as many as 15 players more on its roster than HCA and has played a tough schedule.

“They would probably be 8-2 in our division,” said Arnette, whose team lost to a bigger school in last years final influenced heavily by the Covid-19 pandemic. “They play all the bigger schools around Charlotte. Their combined record of non-conference schools they play is something like 29-4.

“They are going to be tough, and right now I’d have to say the toughest we play all year. They beat up on North Raleigh Christian, a team in our conference which is pretty good. “

A slow start should be avoided, Arnette said.

“They might come in thinking they have something to prove, but if we get off to a fast start maybe they will be discouraged. Getting up early would be nice.”

HCA will see a familiar attack, while the Bucaneers may be in for an adjustment with the Cru’s offensive plan: running the ball in the Wing T.

“They are a spread team and that’s all we’ve seen this year,” Arnette said. “On the other hand, they may have not seen our offense very much, if at all.”

- High Point punted four times, HCA did not have one as it averaged 9 yards per rush. HCA had more first downs, 22-18.