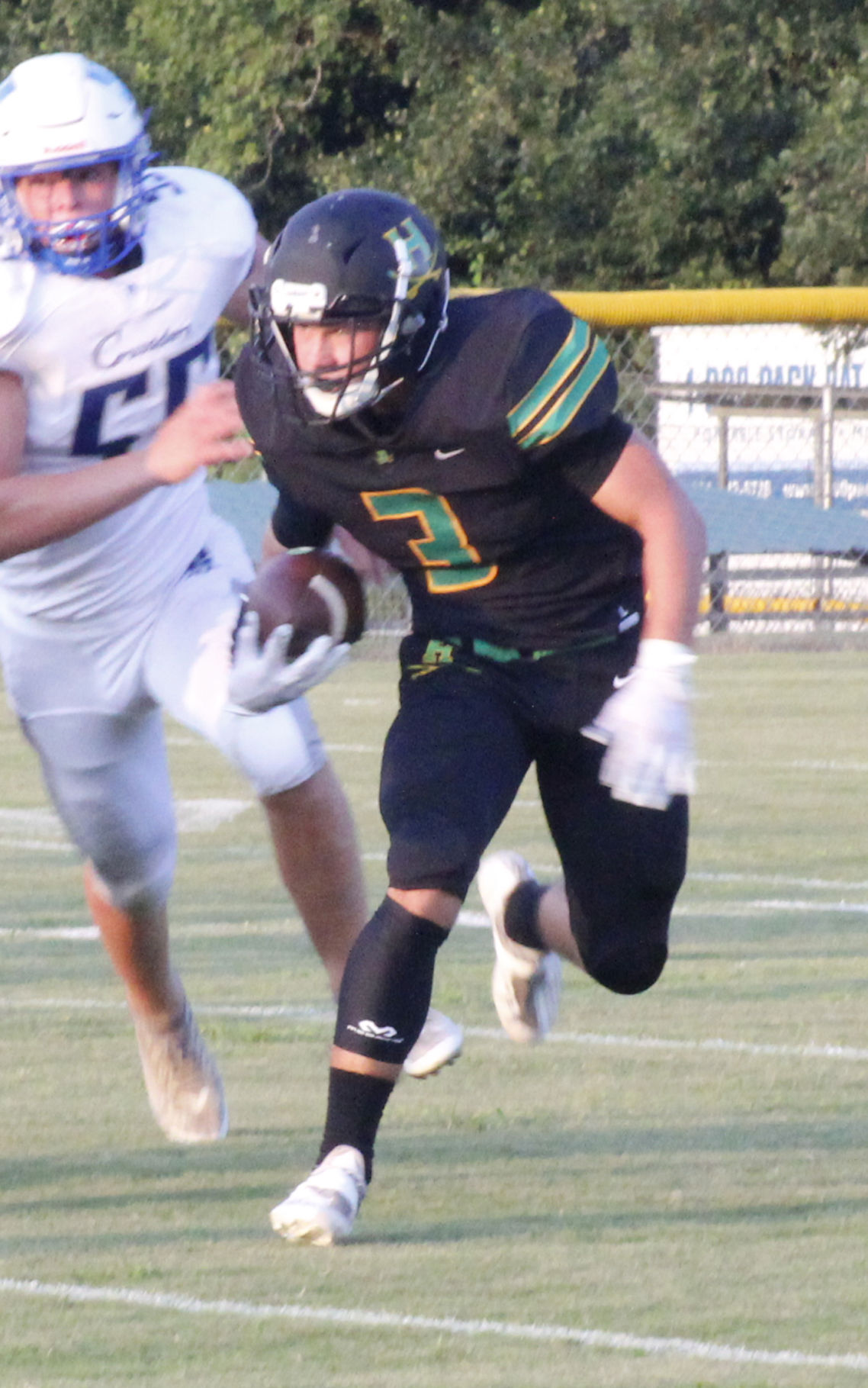 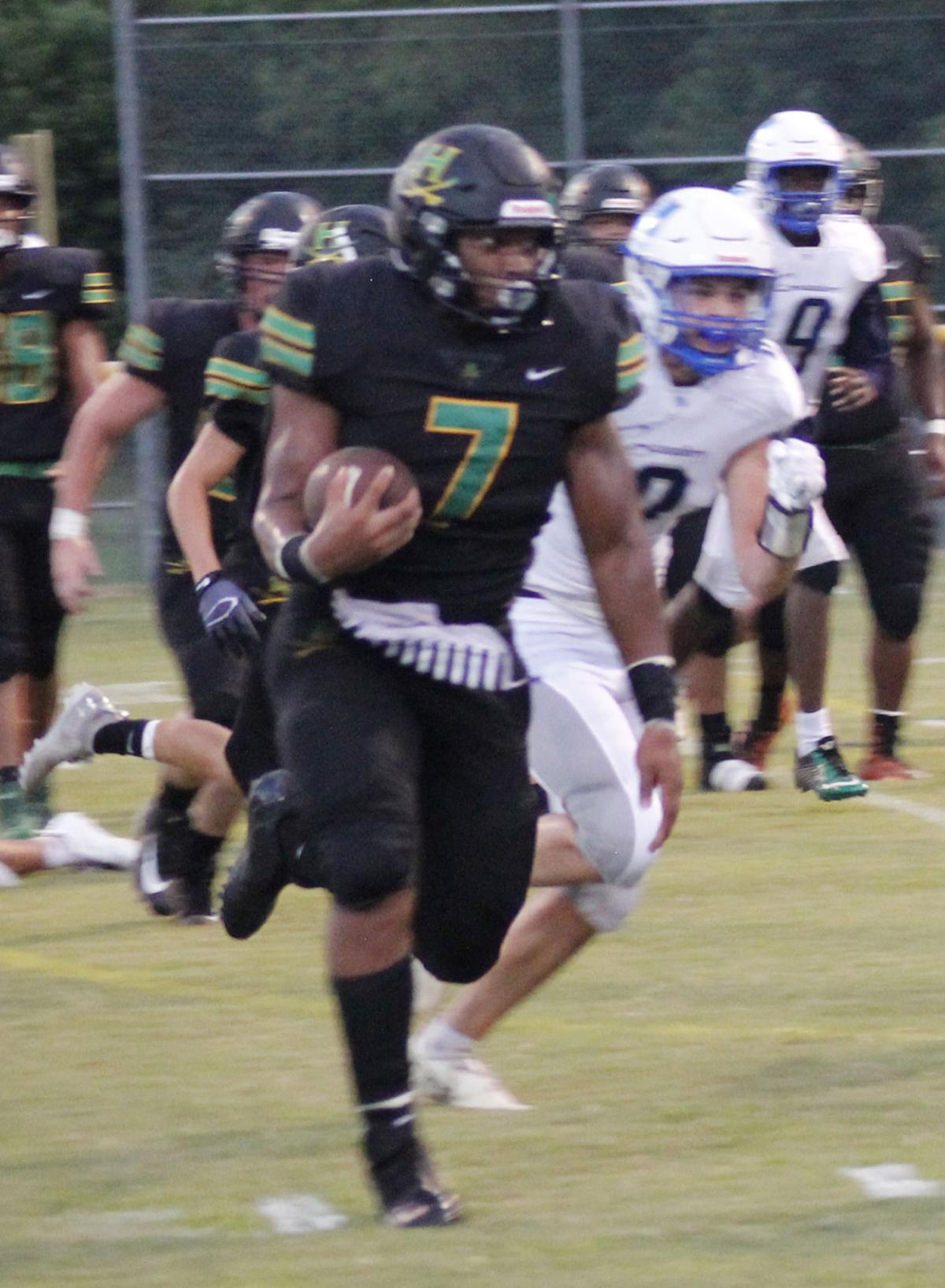 HIGH POINT – Any team that converts 63.6 percent of its third downs and also make big plays is likely going to win the football game, even if it is missing a key player.

“He did what he does and we played the best defense since I’ve been here for the majority of the game,” said HCA coach Jason Arnette. “It was a big win.”

Put Devin Gardner in the backfield and all things seem possible for Harrells Christian Academy.

Playing without running back Xavier Arrington, the Crusaders let Gardner do what he does during a 52-42 win over High Point Christian last Friday.

The hard-to-tackle fullback ran the ball 31 times for 259 yards and scored five times.

Gardner scored three of his touchdowns in the first half when HCA went in front 36-7.

But saying Gardner stepped up might not be totally accurate. He always steps up.

The Big East Player of the Year in the spring season ran for 175 yards and four scores in the Crusaders’ opening-night win over Christ the King.

Friday, he had touchdown runs of 5, 21 and 51 yards by halftime. And the Crusader defense was on its way to holding High Point to just 33 percent efficiency on third downs.

Quarterback Ethan Spell did quicken his pace offensively, while also handling HCA’s punts and placekicks and playing a key role in the secondary.

The junior touched the end zone from the 3 yards out for the game’s first score.

His High Point counterpart, Myles Crisp, matched his feat and maybe went one up on Spell by running 80 yards to give the Cougars their only lead.

Gardner put HCA on top 14-7 with a TD and two-point conversion, and it was as if the Crusaders never looked back.

Gardner scored again early in the second quarter, and Spell connected with Trenton Jackson for a 43-yard score.

Did anyone say he took over the game?

Garndner scored from 36 yards out early in the third quarter.

Then a good thing turned bad on HCA when Spell’s kickoff to the 1 was returned 99 yards by Darius Kane.

But Gardner ran 41 yards and added the conversion to make it 52-21 and seal the game, even though High Point Christian scored the game’s final 21 points.

Crisp had three TD passes and hit 18-32 for 298 yards, most of which were far too late. Four of his receivers had at least 63 yards.

Ayden Fussell had a pair of interceptions, five tackles and ran the ball once for nine yards.

Gardner had an 18-yard catch.

HCA, which has won 10 of its last 11 games, travels to Pamlico County (0-1) on Friday. The NCHSAA 1A Hurricanes lost 62-20 to Washington on opening night and did not play last week.