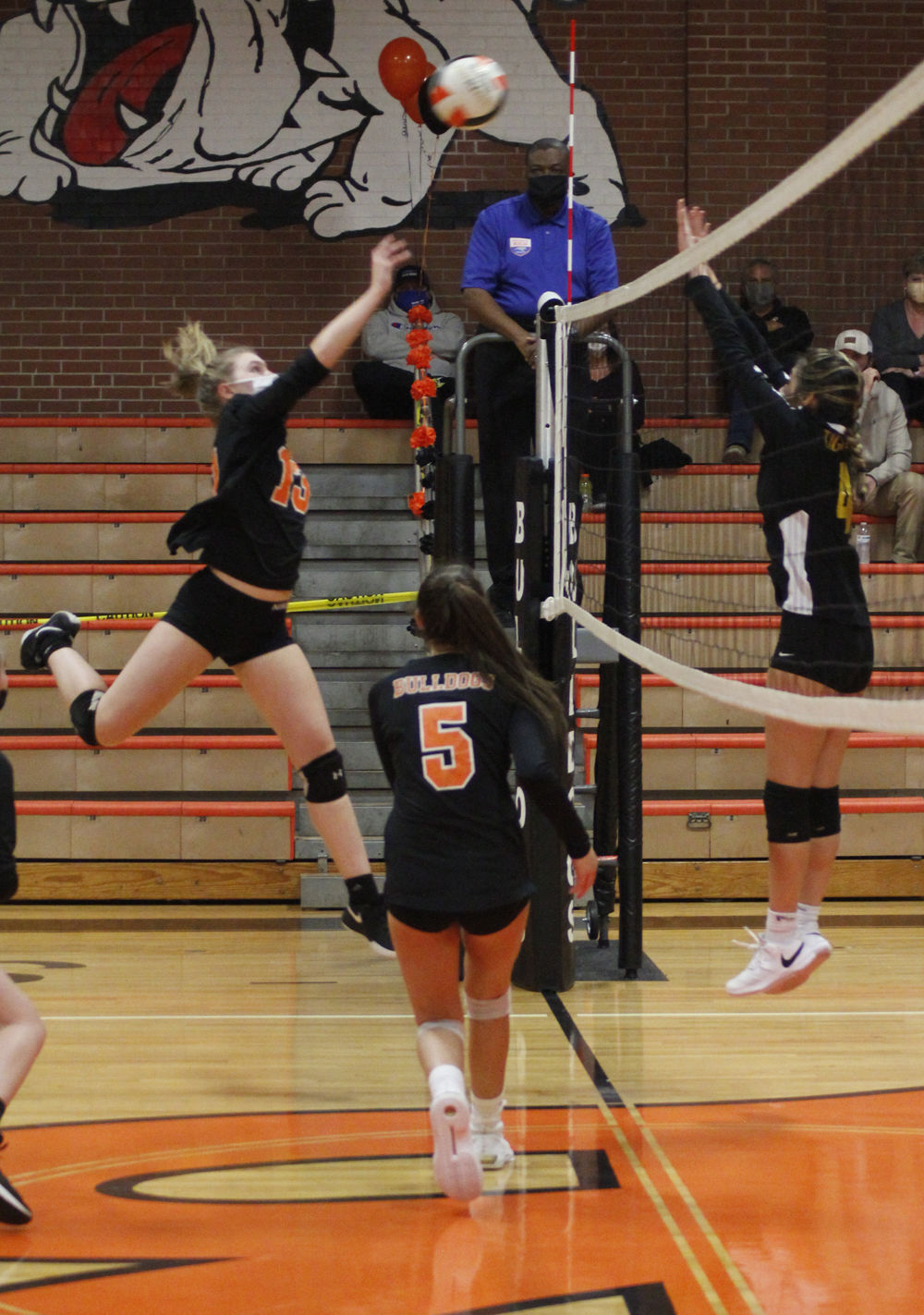 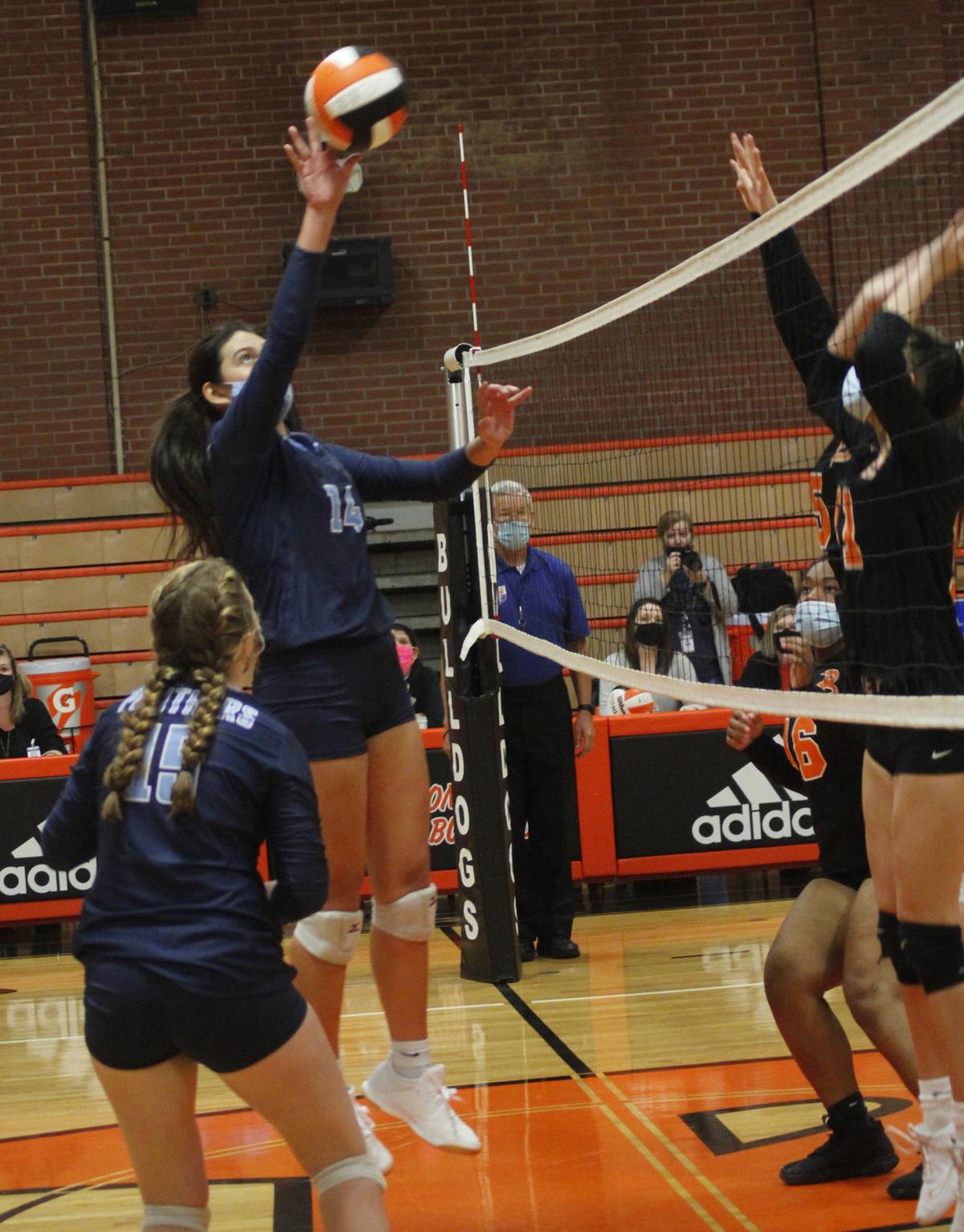 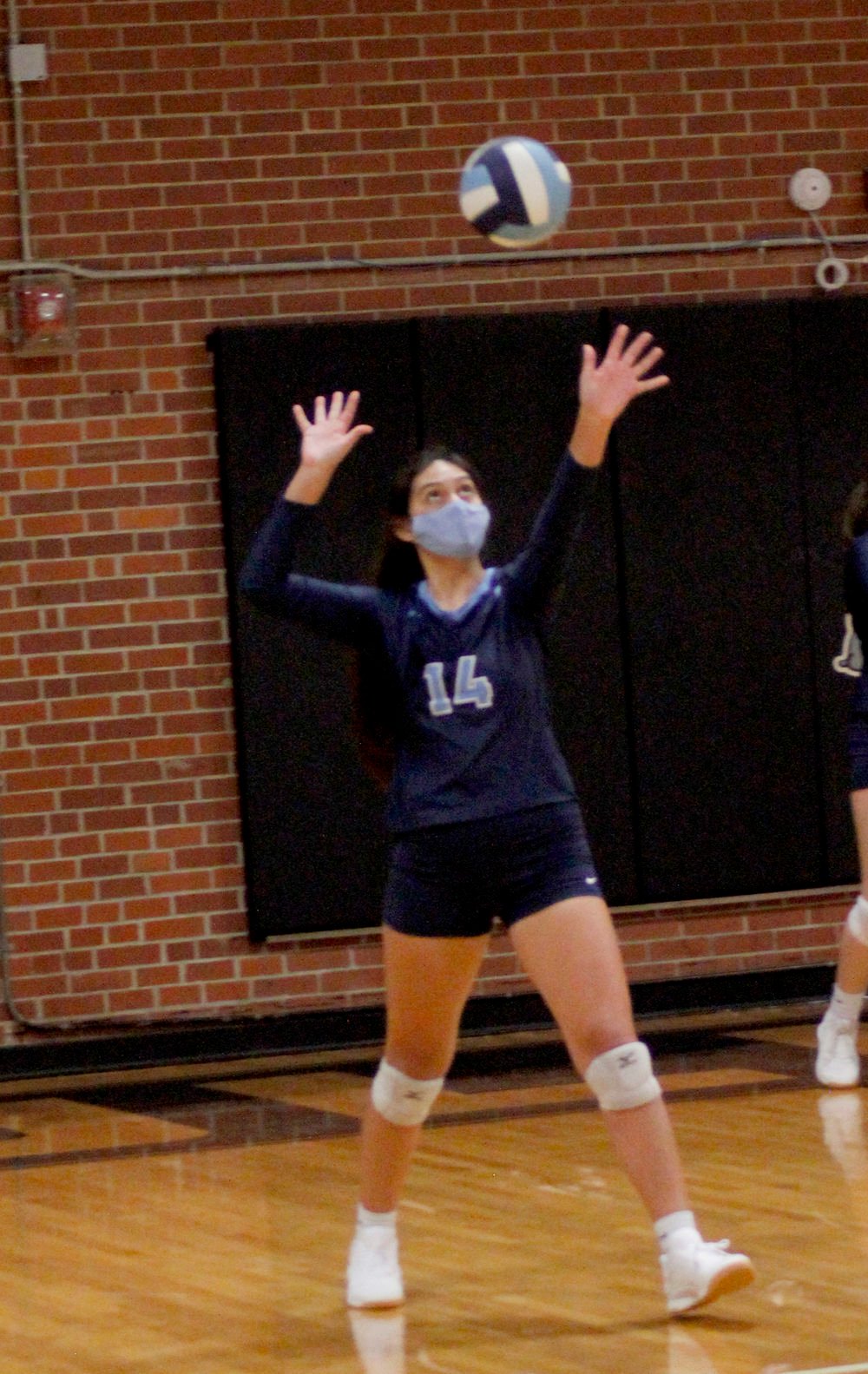 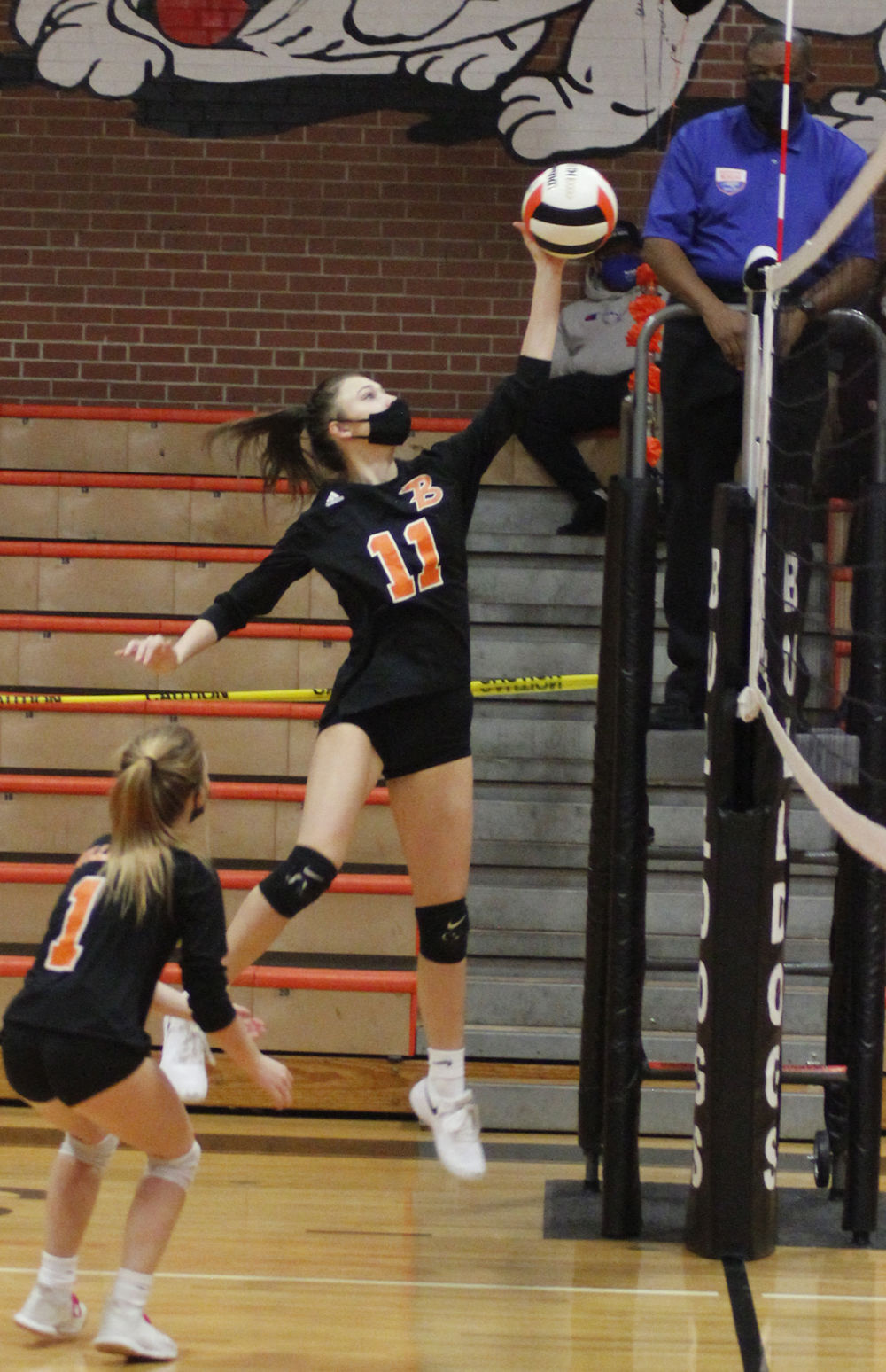 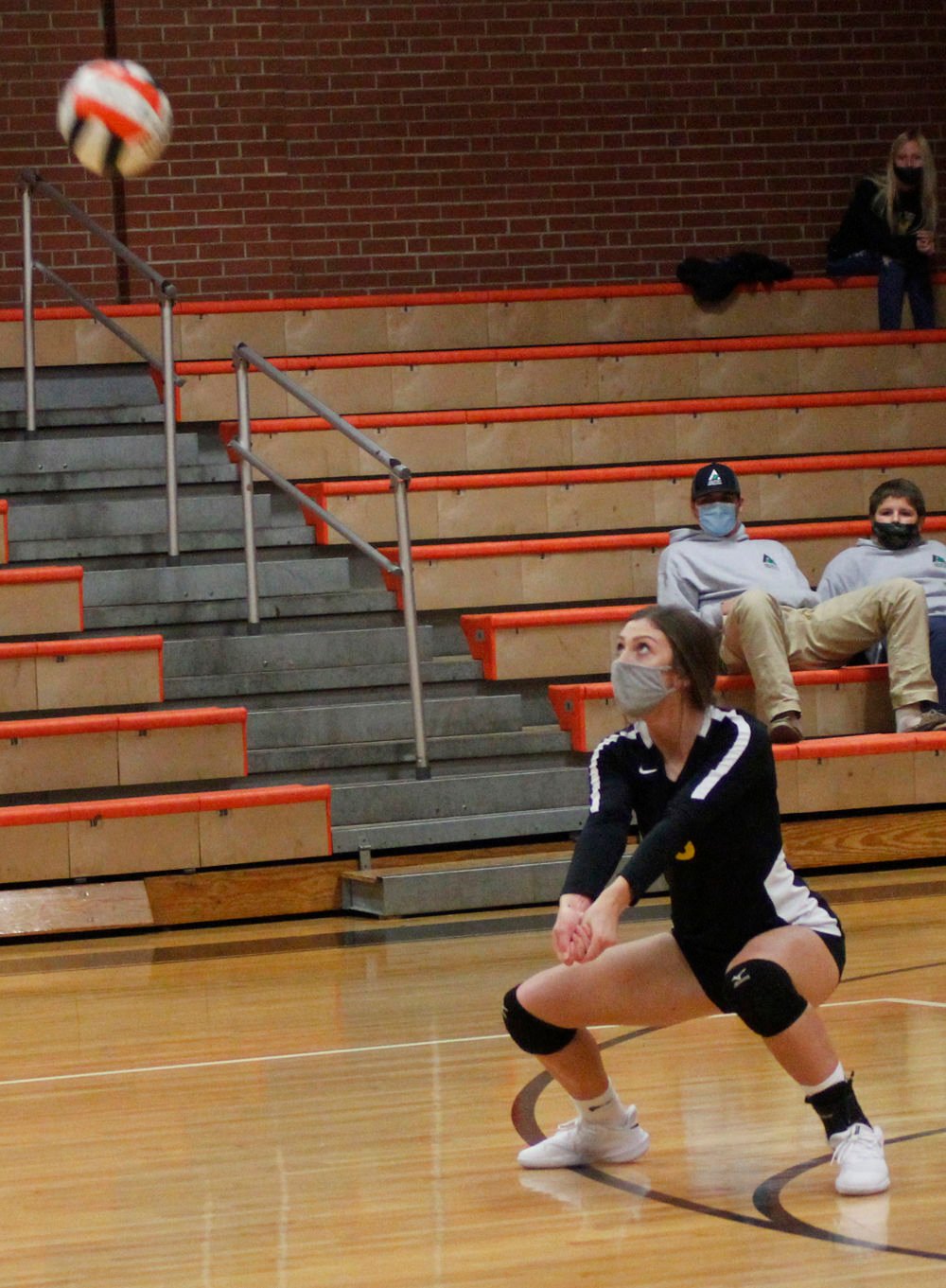 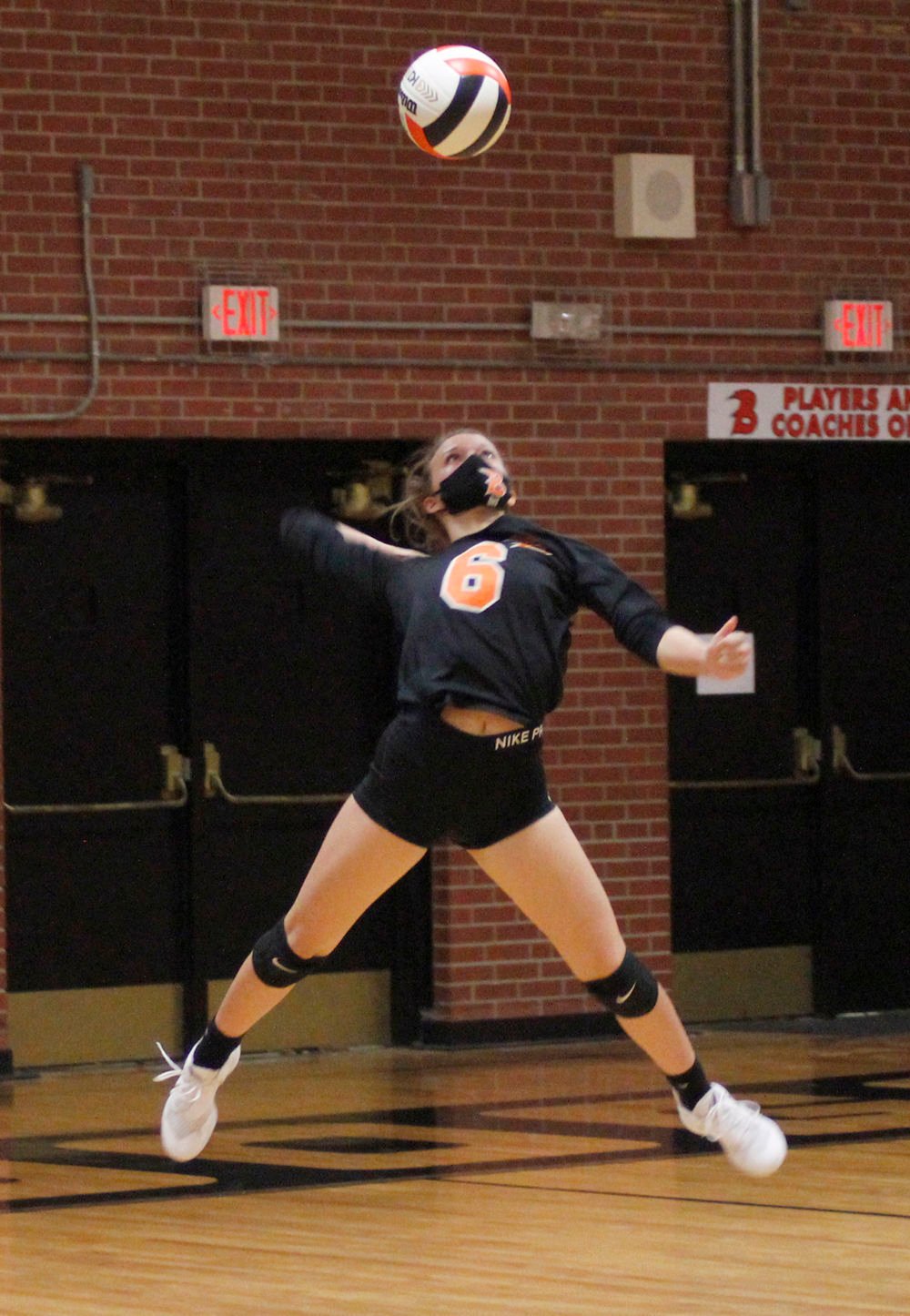 BEULAVILLE — In a volleyball season that was anything but normal or familiar, Maddie Simpson was a constant.

It was the first sport played in Duplin County since schools stopped playing games in March of 2020.

But Simpson was ready, just like she’s been the previous three seasons.

Teams were limited to 14 games, which meant a max of two nonconference matches.

But every school had its games — and routines — affected or altered by the virus stoppage — whether in their camp or under another school’s roof.

The Panthers had six selections on the first and second teams. ND had five, JK four and WRH three.

Simpson is one of four seniors on the first team, which features three juniors and two sophomores.

Simpson started smacking the ball down the throats of defenses as a freshman during a debut that earned her all-county first-team honors.

ND’s Anna Thornton beat her out for Ms. Volleyball, but not by much.

The next season, Simpson was East Central 2A Conference Player of the Year and Ms. Volleyball on Duplin’s Elite by a wide margin, logging 191 kills.

And while her statistics were not at the level they were the previous two seasons due to fewer games, Simpson was superb during a 105-kill senior campaign.

Adding 60 digs, 37 aces and 12 blocks into the equation, and the fact that this season ED’s roster featured several newcomers replacing graduating veterans, and a case could be made that Simpson had her best season.

JK freshman Reece Outlaw and ED sophomore Chandler Mobley are the youngest members of the second squad. Needless to say, both are rising stars.

ND and JK each had three second-team selections, ED two and WRH one.

Thornton, whose sister won the second Ms. Volleyball crown, is going to Coker University to play softball, but is a repeat performer on the first team.

While playing all over the court, Thornton transitioned from an outside to middle hitter this season.

Gatton is another repeat selection for an improved Bulldog team that didn’t see that reflected in their 4-8 record.

Thigpen likewise returns to first-team status after a season that saw her log 71 digs as a defensive specialist.

She had an 86 percent server rate and 14 kills.

Jaco showed great ball-handling skills last season as a first-team player, and lifted her game a level as a setter this past winter.

The junior netted 46 assists, 29 digs and 14 aces in eight games. Those totals projected over the course of a normal season easily place her among the leaders.

Braswell’s solid all-around numbers earned her a spot in the top nine.

Lanier had 122 digs, 33 of which came in the Panthers’ first-round playoff loss to South Granville.

Barnette went wherever the ball went, often sacrificing her body to make a play.

— Rachel Blanchard, JK, junior, OH. Perhaps the most overall skilled junior in the county, she brought tons of athletic ability to the court.

— Samantha Beavers, ND, senior, setter. Switched to setter this season and was the club’s co-leader in assists.