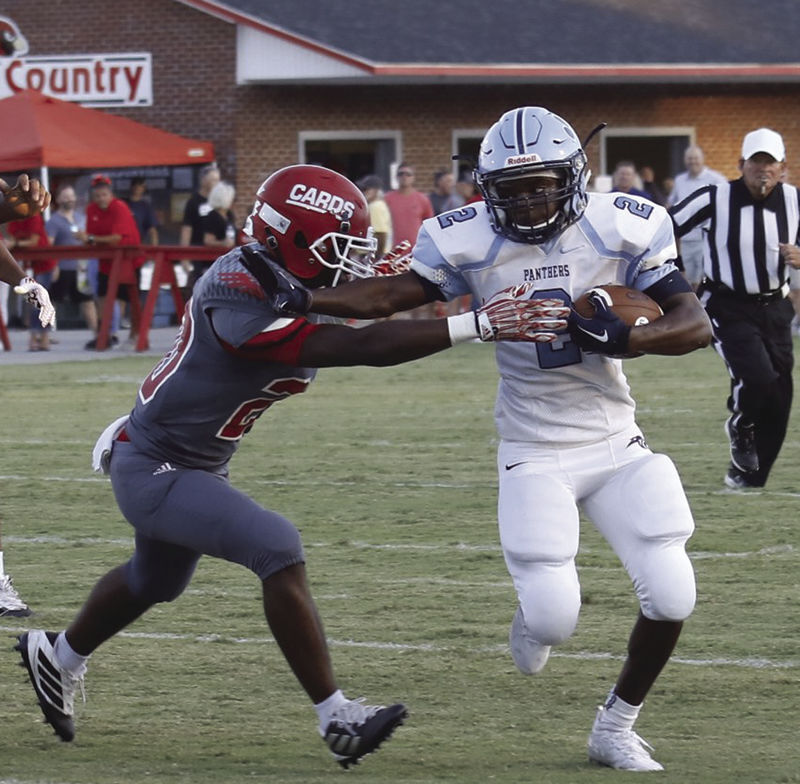 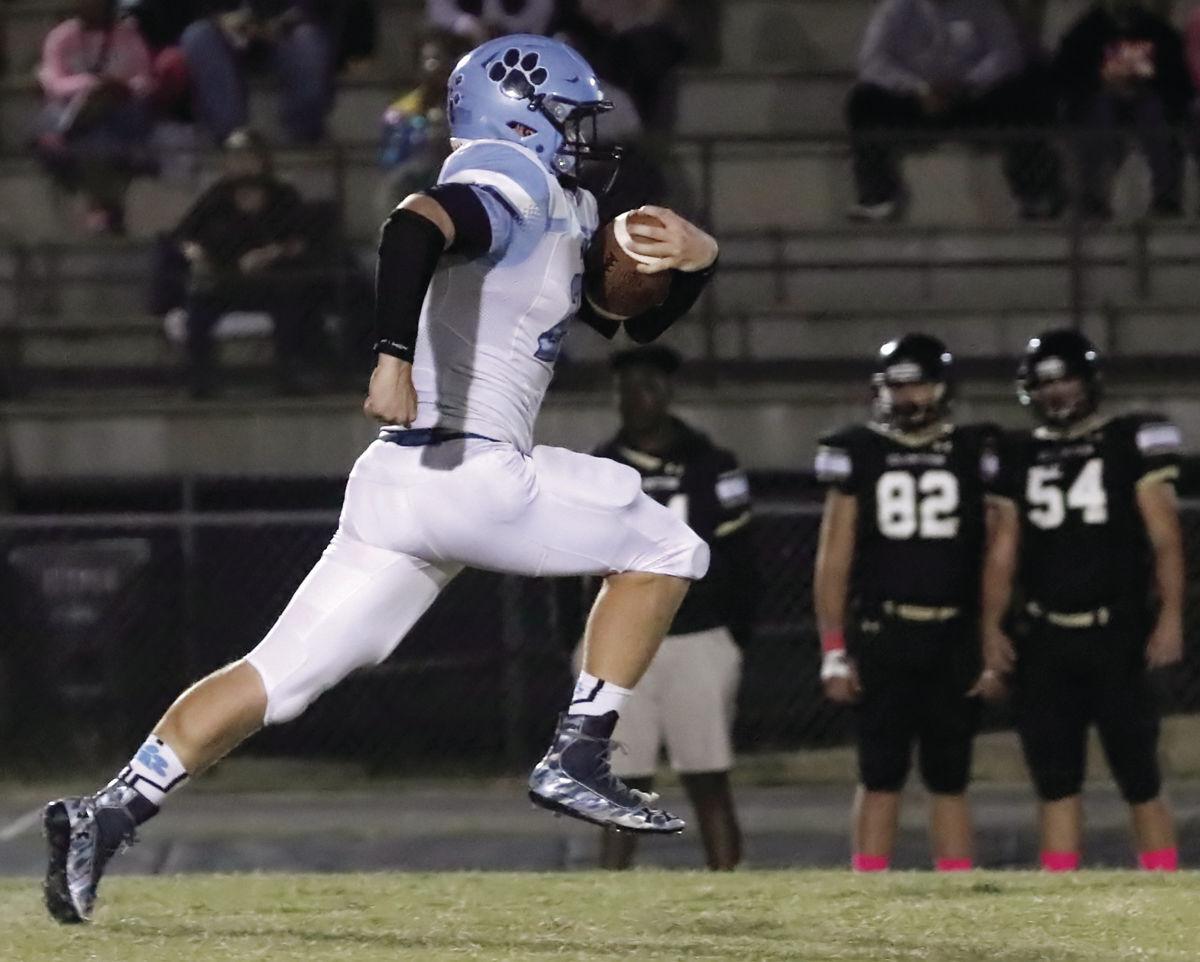 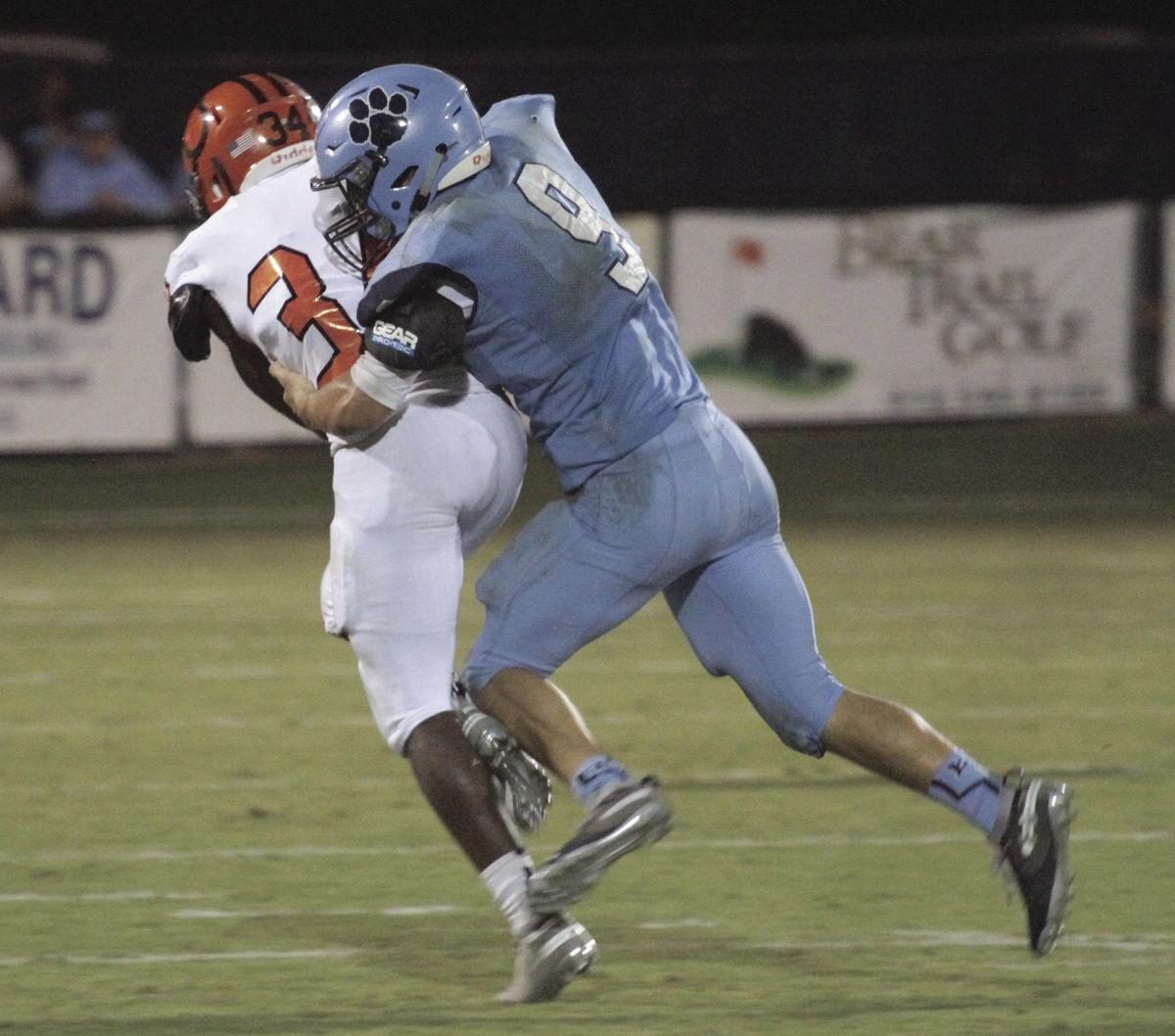 BEULAVILLE — On paper, East Duplin looks like a contender.

Panther coach Battle Holley returns a slew of letter winners, many of whom made marks in the sod during the 2019 season,

And yet Holley is concerned about many things.

“We’ve not taken a snap since losing to Randleman in the playoffs in late November of 2019,” said Holley, who was Duplin County’s Coach of the Year after a rebounding season that saw his team get to 7-6 by winning three of its final four games.

“We’ve missed out on the normal stuff — summer camp, weight-room workouts and allowed practice times — times when you forge relationships,” Holley said in discussing the affects the Covid-19 pandemic has had on his program. “It’s just different not building a team.”

The Panthers also have four linemen who will open holes in the Wing-T offense that Holley learned from his father Jack, who is second all-time in wins in North Carolina.

Justin Ratliff was a first-team OL, while Dominic Martin and Esturdo Juarez were on the second-team DL. Jerson Oshoa has molded his game to fit in the mix.

“We’re a little thin at running back, and we’ll have to find others who can run the ball,” Holley said. “But I like how our line is shaping up.”

McClarin ran for 1,649 yards and 21 TDs, and eight consecutive games of 100 yards or more, including 223 and two scores in a first-round win over Croatan. He was the ECC 2A Player of the Year.

Gaby contributed greatly on both sides of the ball. He ran for 1,191 yards and 10 TDs and racked up a county-high 104 tackles.

Many of Johnson’s runs last year were off counter plays, and he will be a key in keeping teams honest when attempting to stop ED’s top two runners.

Junior Nick Cavenaugh and sophomore Jackson Gause are fighting for the QB spot.

One other huge loss came as the county’s first-team placekicker Dillon Varker picked up his diploma. Varker had two last-second field goals to seal wins.

Senior Tyler Whaley will fill that spot, with Brett Jarman punting and Gaby an able backup.

Gaby will be the leader of the defense with Quartez Whitley and Daunte Hall by his side.

Johnson is a playmaker in the secondary and will get assistance from Whitley at one corner and Bond at strong safety.

Juarez, Martin and Ochoa will be DL. Look for Braxton Brown and Jmary Hall to be in the war zone as well.

The six ECC teams will play in two unofficial divisions. To be guaranteed a spot in the conference semifinals, a school has to win at least one of its two league affairs inside its division.

ED needs to beat either Clinton or Midway to make the semifinals, where a win is an automatic qualifier for a spot in the 2A playoffs.

The same holds true in the division with Wallace-Rose Hill, James Kenan and Goldsboro.

WRH and JK’s hope of making it to the semifinals rests on at least one division win. Two would deliver it.

The Covid-19 pandemic shifted football from fall 2020 to winter/early spring 2021.

“We missed out on a lot being so restricted,” said Holley, whose roster has 35 on varsity and 25 on junior varsity, both lower than normal.

“Not that we run complicated stuff, but we’re going to keep it as simple as possible. We have to get good at one or two things and not try things we’re not so good at.”

Other concerns for Holley — who has a 110-47 overall career mark, 78-35 in nine seasons in Beulaville including taking the Panthers to the 2AA final in 2017 — are injuries, physical conditioning and a possible virus stoppage.

“Injuries, especially now after we’ve not been in the weight room enough, will be a factor,” he said. “You can still cramp in cold weather so our kids have to hydrate and eat well, too.

“But one positive is we do not have to deal with the heat. We’ll use virus protocol and hope we or another team in our league doesn’t get shut down.”

East Duplin opens with 2A Princeton, plays its annual game with 3A Jacksonville and then faces ECC foes Midway, WRH and Clinton. The WRH games is a crossover contest and will not be counted as a way of determining if the Panthers get to the ECC semifinals.

Yet they beat the Bulldogs last season in what has become the best rivalry in the county.

“At the end of the day it will come down to who prepares the best that week and executes on Friday night,” Holley said. “We’re happy to get a chance to play and want to be our best for our seniors.”