Log In Sign Up
You are the owner of this article.
Edit Article Add New Article
You have permission to edit this article.
Edit
News
Sports
Opinion
Features
Obits
Multimedia
Classifieds
e-Edition
Our Sites
Share This
1 of 11 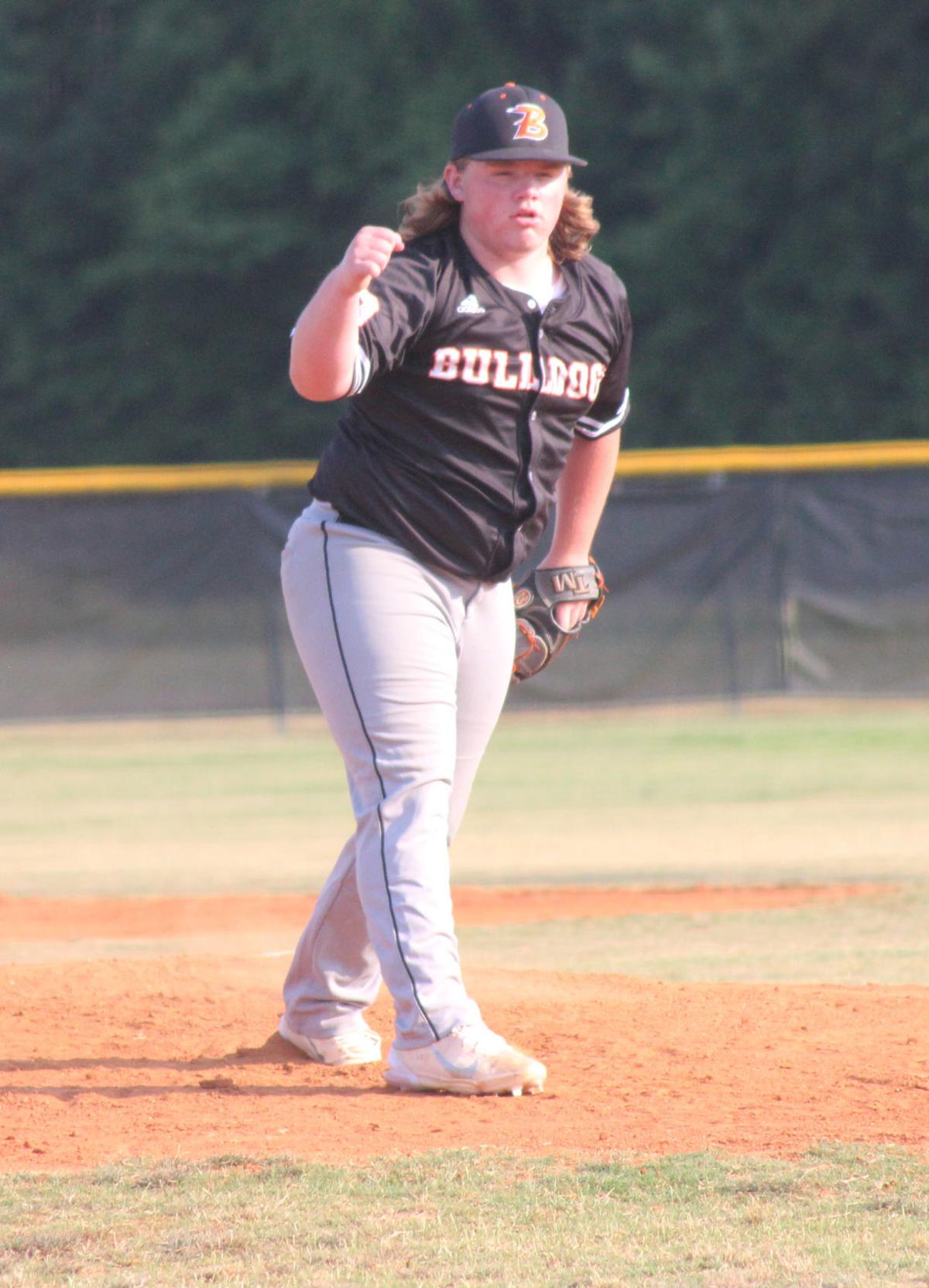 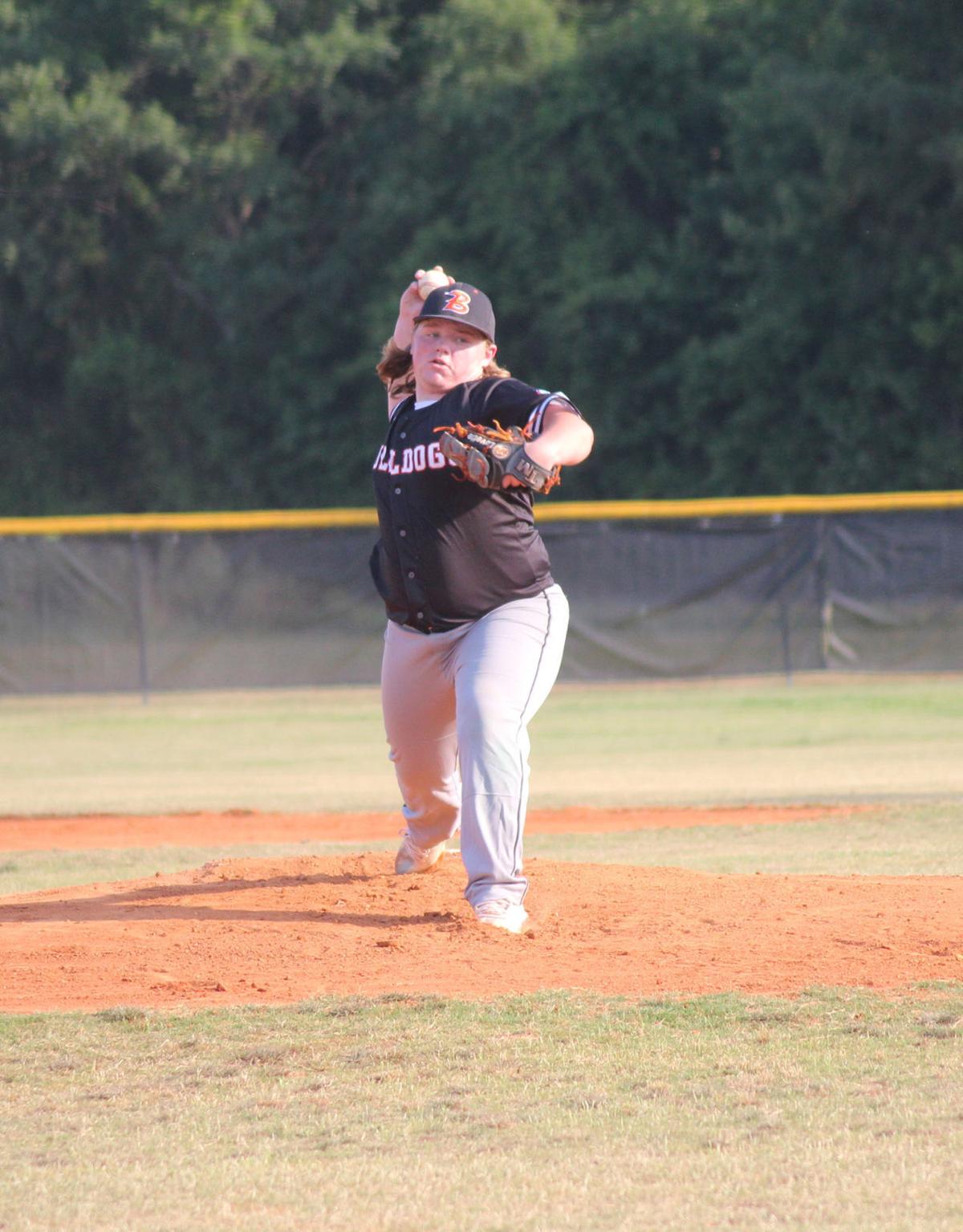 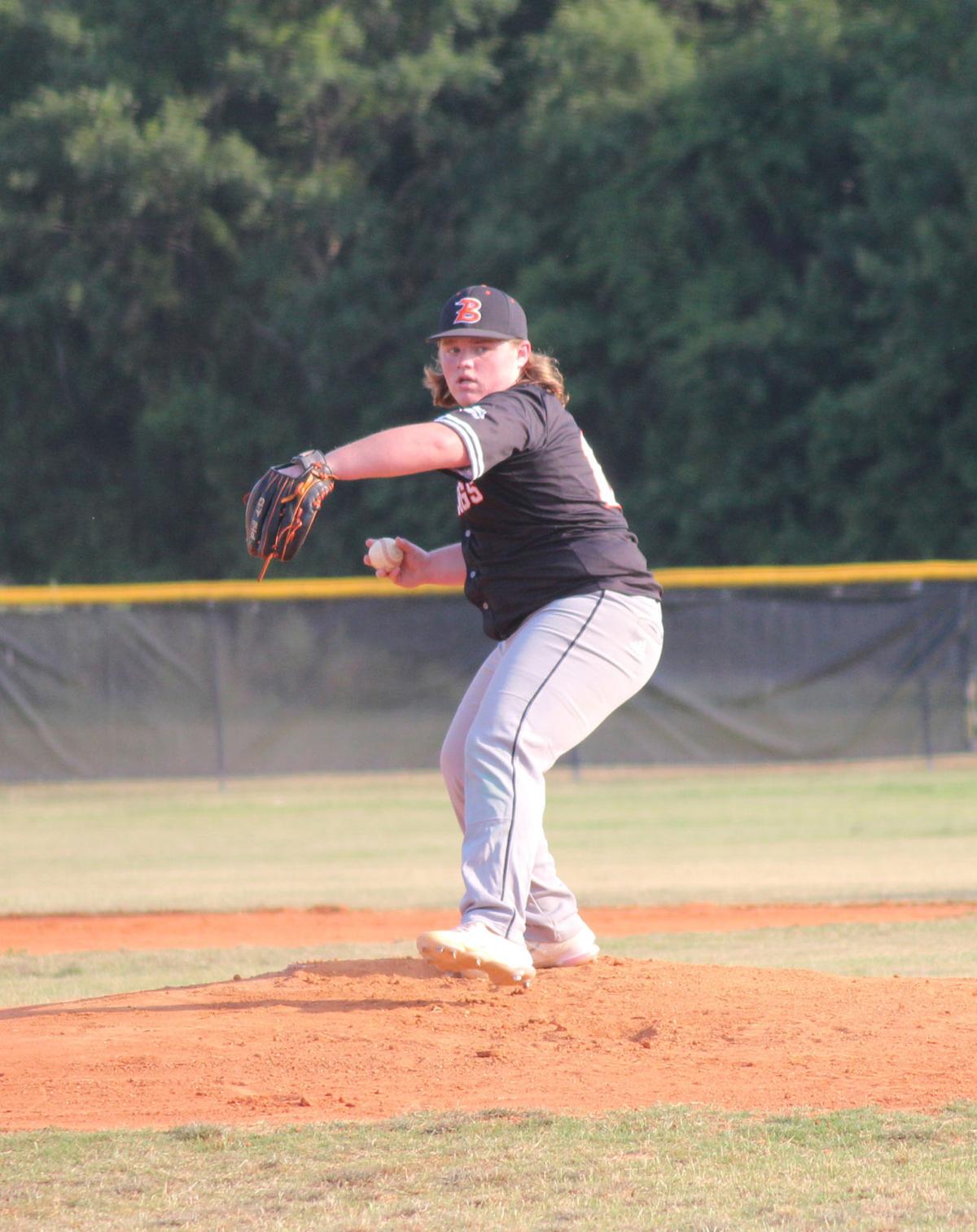 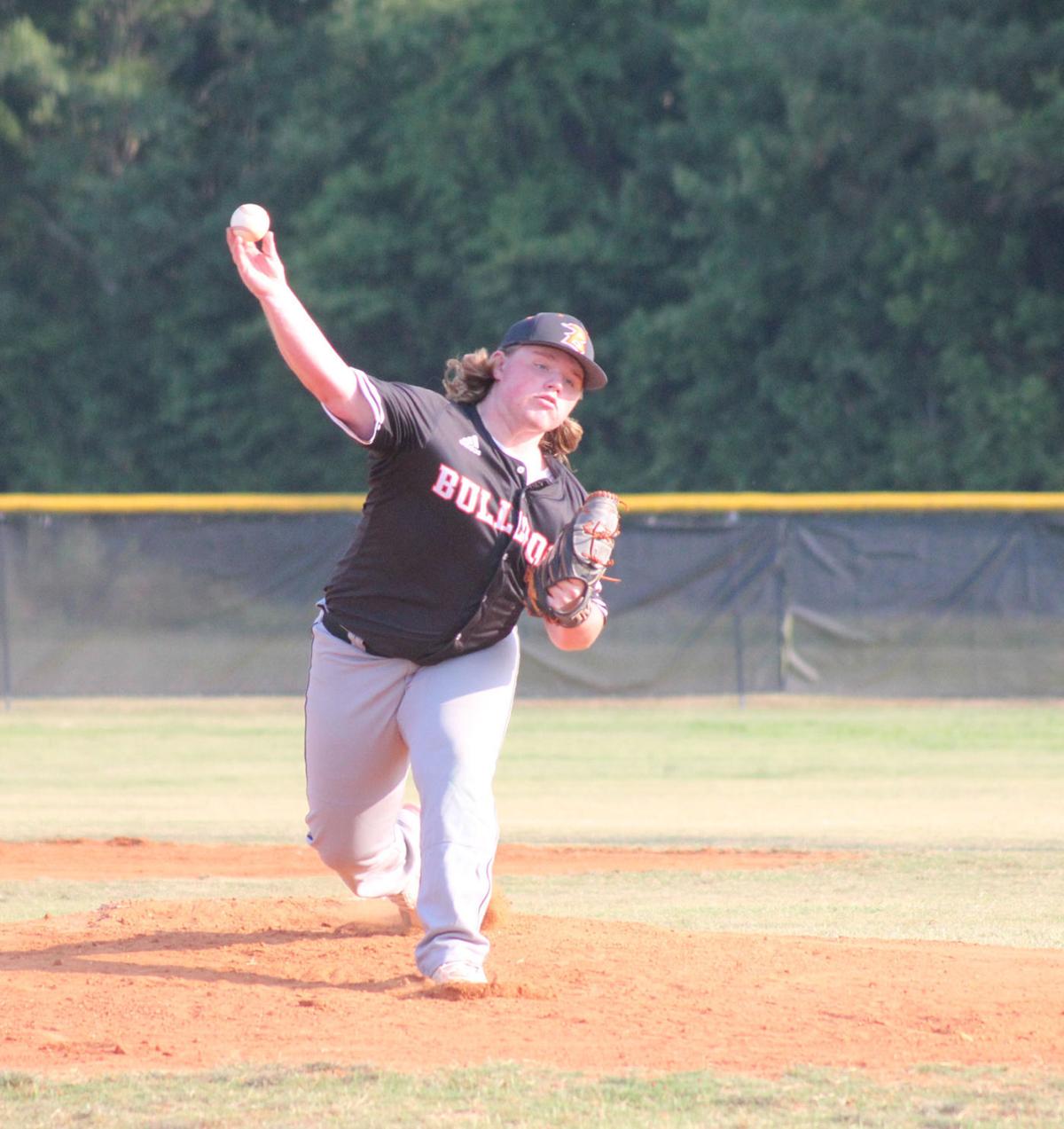 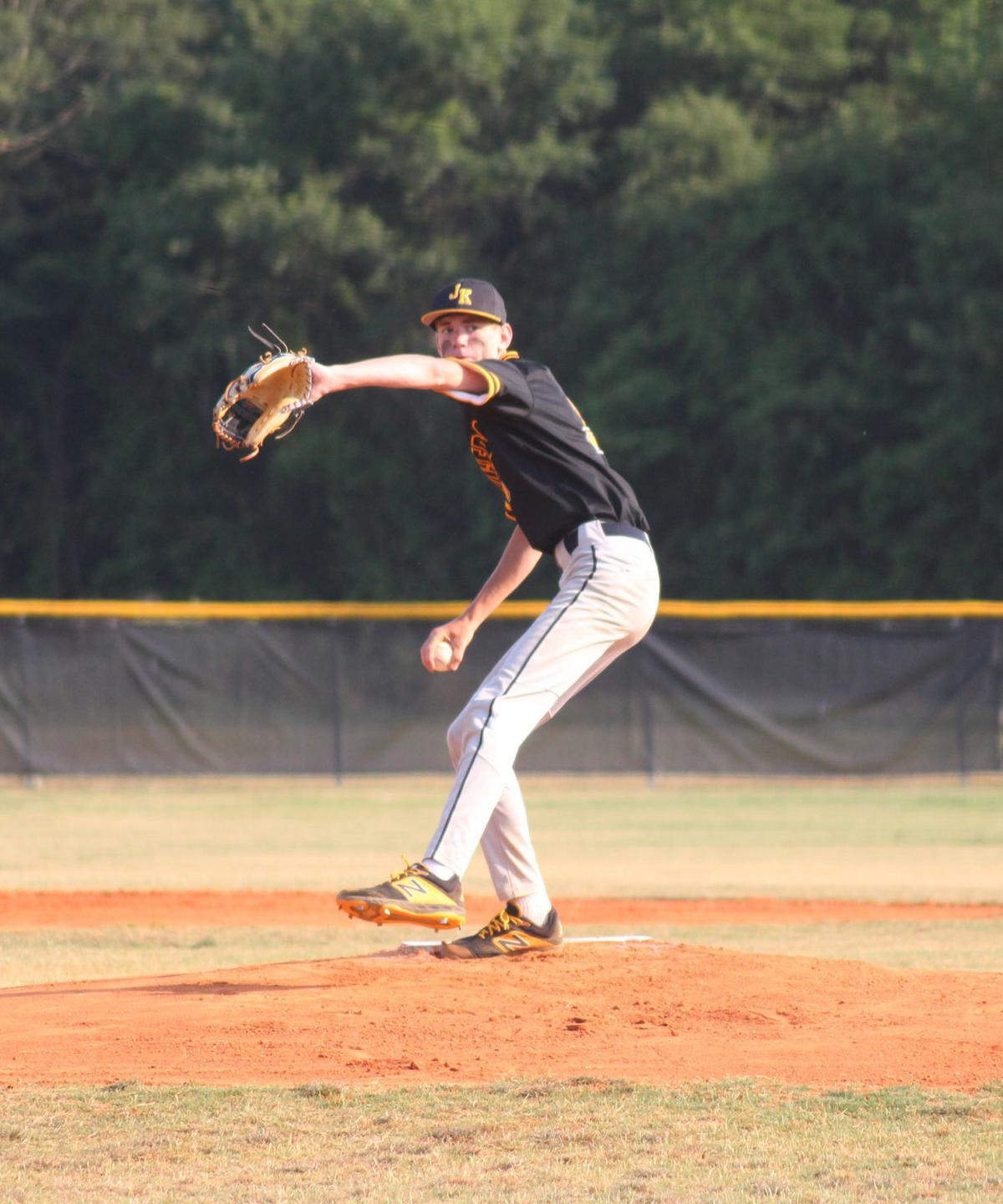 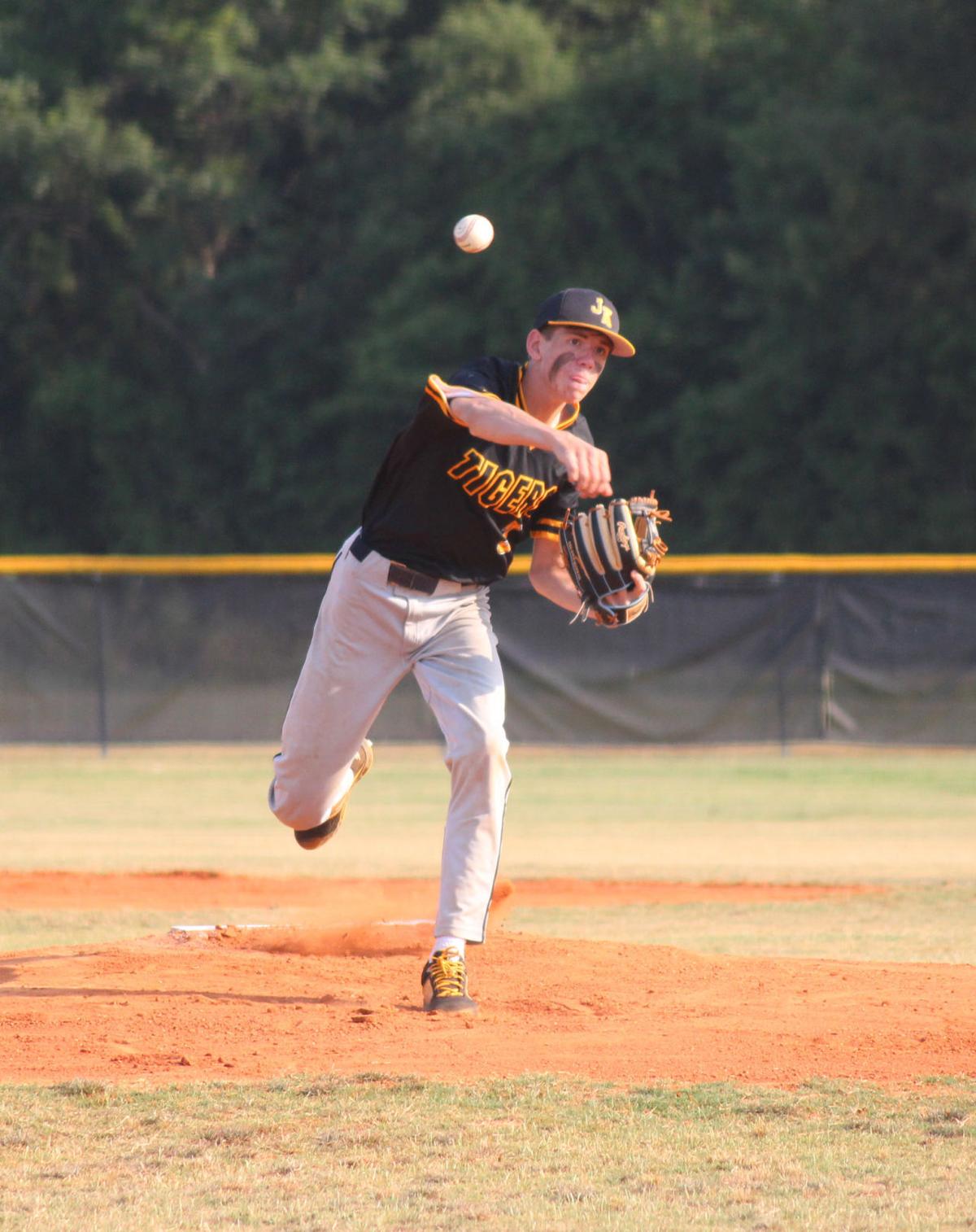 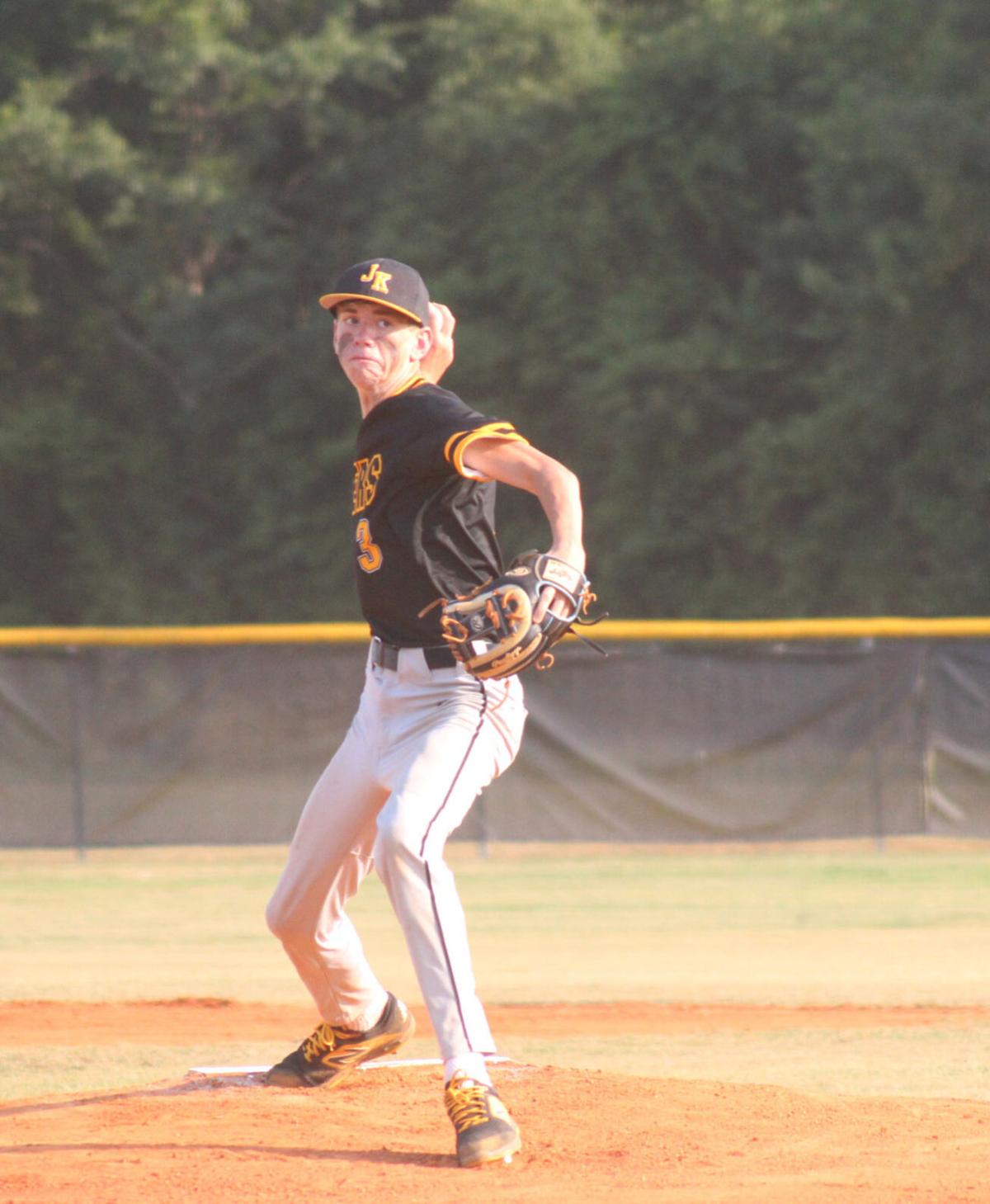 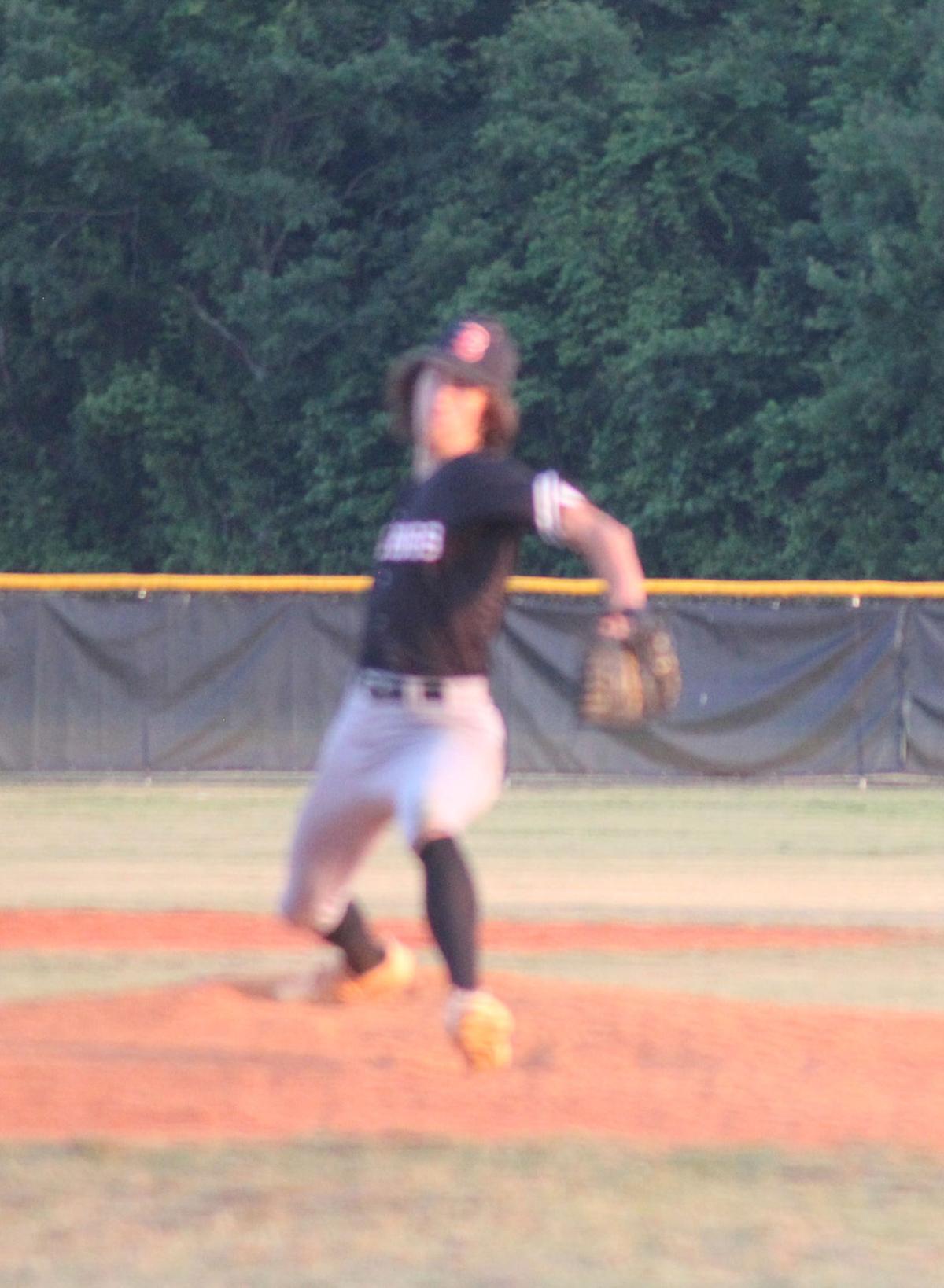 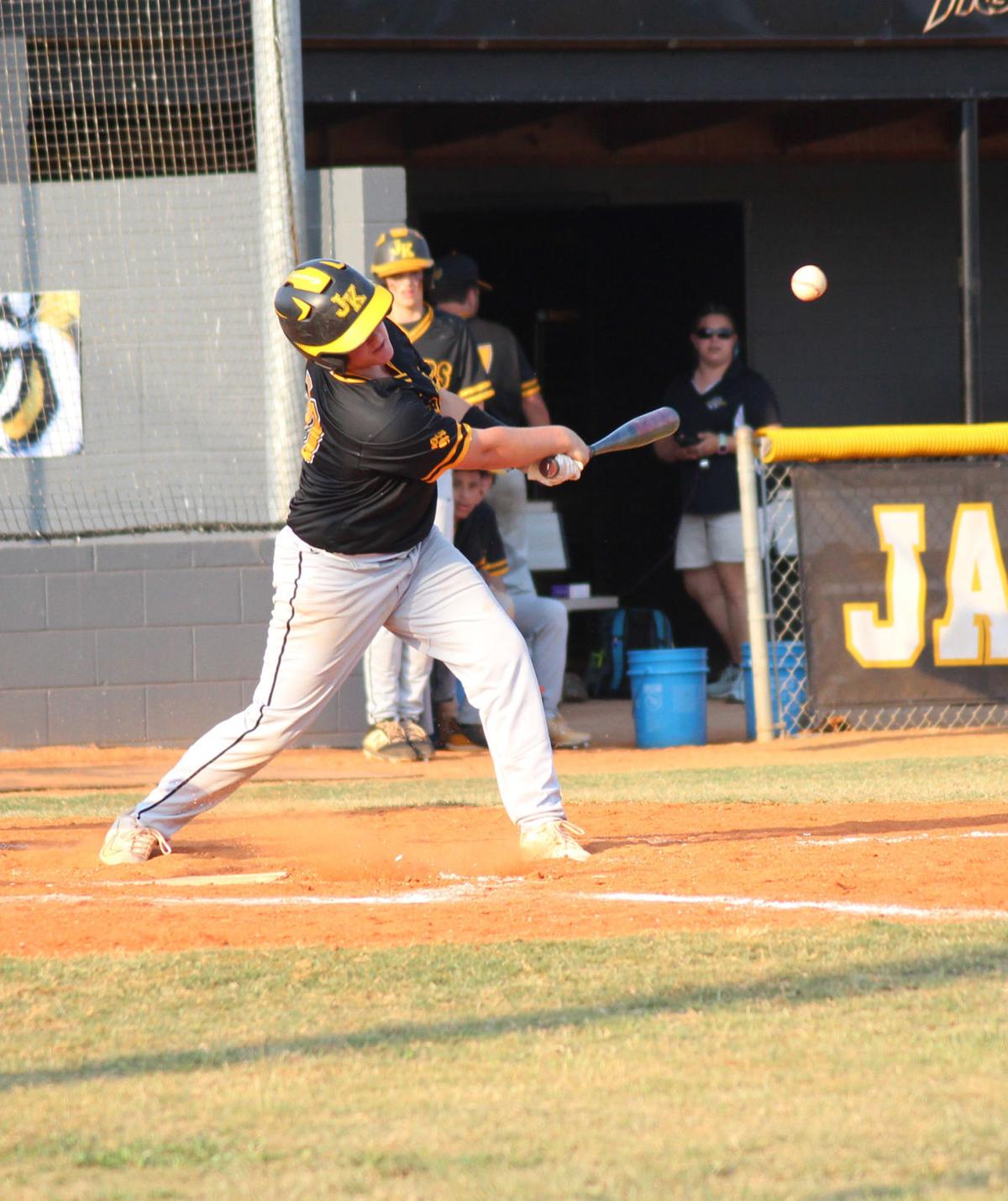 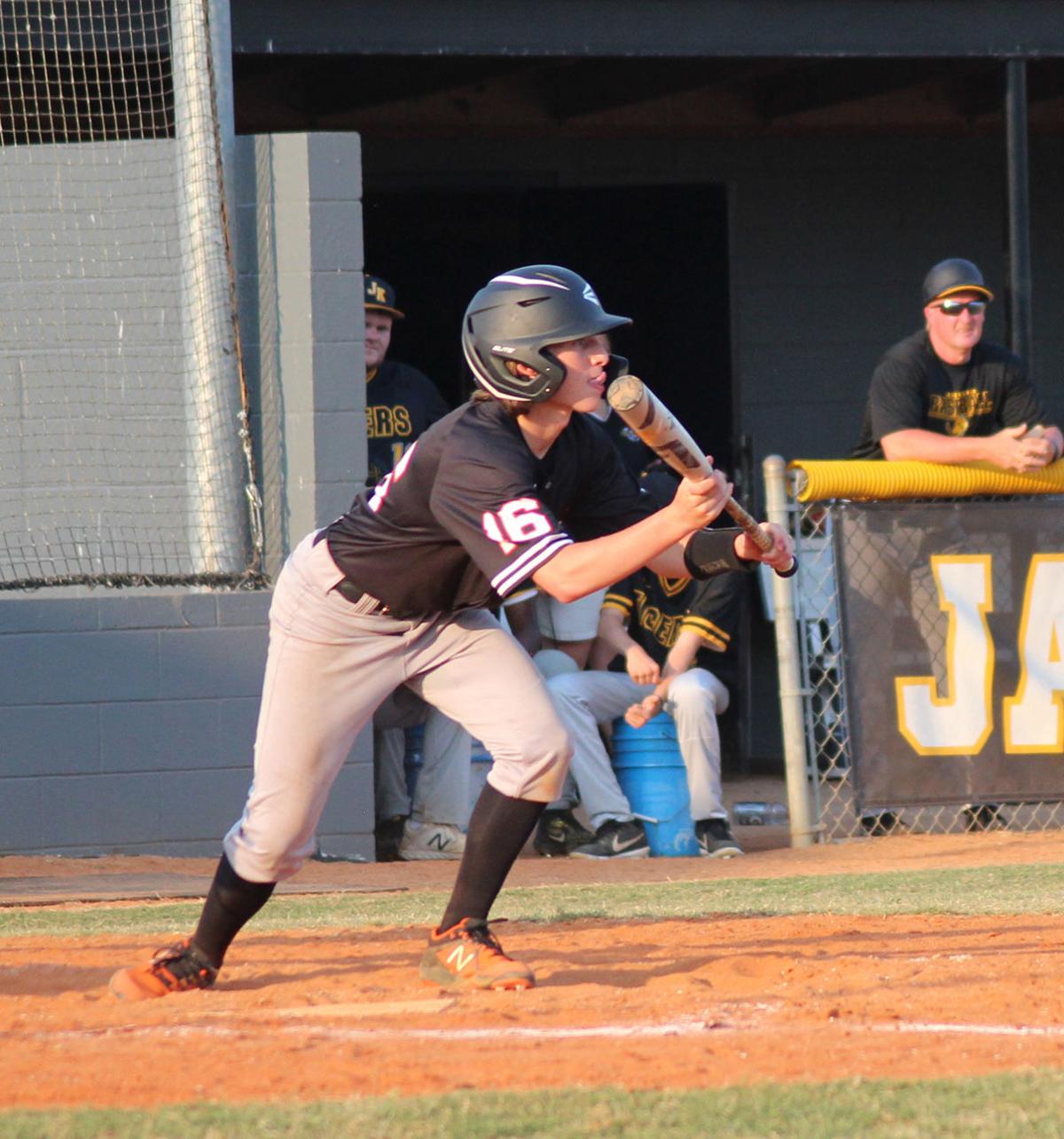 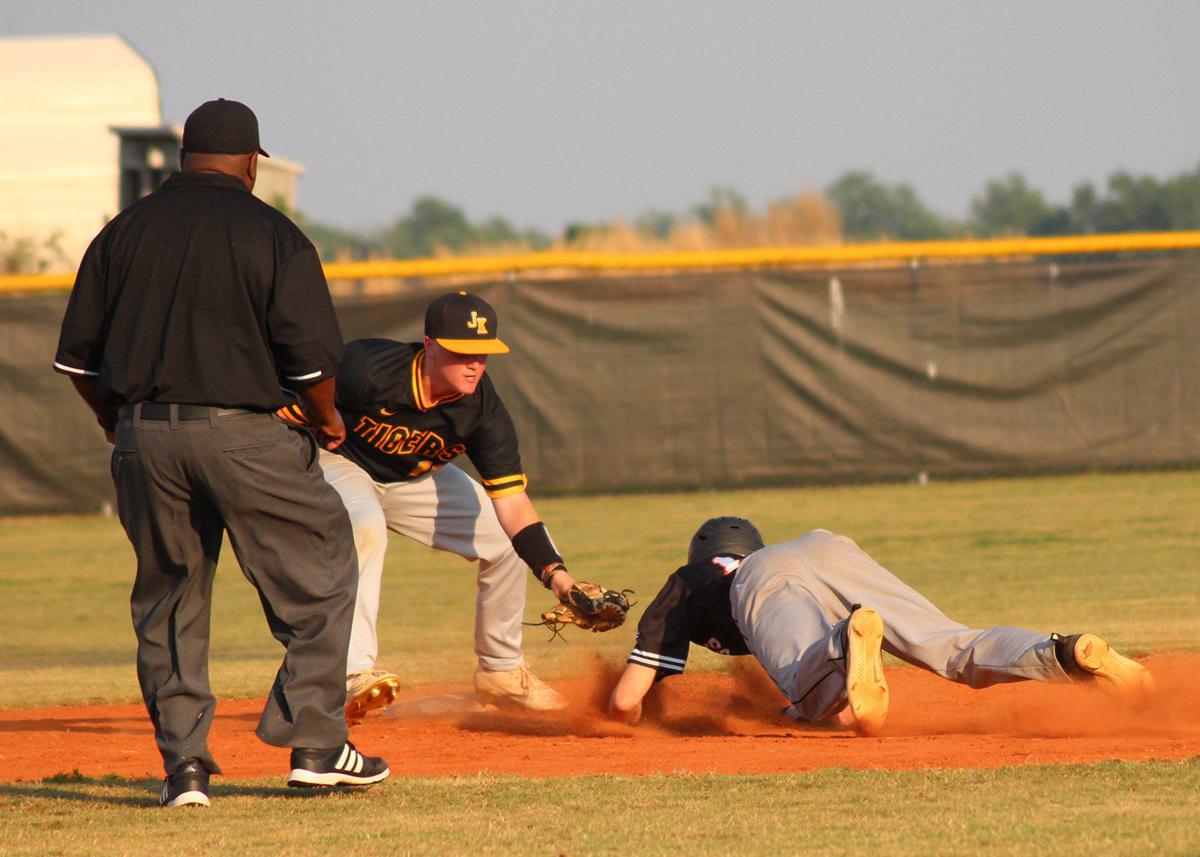 He was just as aggressive at the plate.

“He threw well, hitting his spots,” said James Kenan head coach Cam Pridgen. “The boys have been through a lot this season. It’s good to get this one under our belt.”

“We made the plays and our defense was probably as strong today as it has been all year,” Pridgen said. “That’s also probably our best pitching, too.”

McGee shut down WRH, walking three and striking out three while being charged with two unearned runs.

He breezed to 1-2-3 innings in the first, second, fourth and sixth.

Yet everything finally went JK’s way in the first game, which the Tigers led from beginning to end.

Mason Brown also added two hits and Pridgen and George Garner each had an RBI.

“I’m happy for our boys,” Pridgen said. “They’ve stuck in there in some difficult situations.”

A miscue started the JK offense in the first when Andrew Pender’s speed led to an infield error.

Manny Bostic followed with a sharp single to right and both came in on Mason Brown’s double down the right field line.

Pender nearly made it 3-0 in the second. But his line drive was squeezed out of self-protection by WRH freshman pitcher Bryson Lovette.

WRH tied it in the third with a Brinkley sacrifice fly and a run by Casteen, who came home on a two-base throwing error in the infield.

Xavier Boone singled, stole second and went to third on a passed ball in the fourth. He made it 3-2 when he came home via a sacrifice fly by Slayton Smith.

Pridgen’s single to left field plated Brown in the fifth. Garner added a sacrifice fly to make it 5-2.

Right fielder Kendell Cave made a tough catch and Lovette struck out Smith to end the uprising.

Cave pitched a perfect sixth, but JK seemed destined to break out of its streak.

“We struggled hitting the ball,” said Bulldog coach Trever Schock. “We made a little progress today by putting the ball in play. We’ve talked a lot about being more selective at the plate and not striking out as much.”

It could have been worse for WRH as JK stranded 14 runners on the bases. Eight Tigers punched a hit and six players accounted for 10 stolen bases.

“We made contact and most of our hits were hit hard,” said the JK head

Pearsall and Cole Jenkins each scored a pair of runs and Austin Hanchey doubled for one of two extra-base hits for WRH.

The offense limited his time on the hill to five innings as the 10-run mercy rule stopped the game after five frames.

JK’s Pender had a pair of hits and has a hit in seven consecutive games.

Hanchey, a senior catcher, has the second-most hits (eight).

WRH had a hat trick against its rival in 2018, winning a Duplin Easter Tournament game 12-0 and almost copying that at 12-1 a week later. The Bulldogs won 9-8 late in the season as neither team made the state tournament field.

Both JK and WRH are young teams. The Bulldogs have four seniors, JK two.