Log In Sign Up
You are the owner of this article.
Edit Article Add New Article
You have permission to edit this article.
Edit
News
Sports
Opinion
Features
Obits
Multimedia
Classifieds
e-Edition
Our Sites
Share This
1 of 13 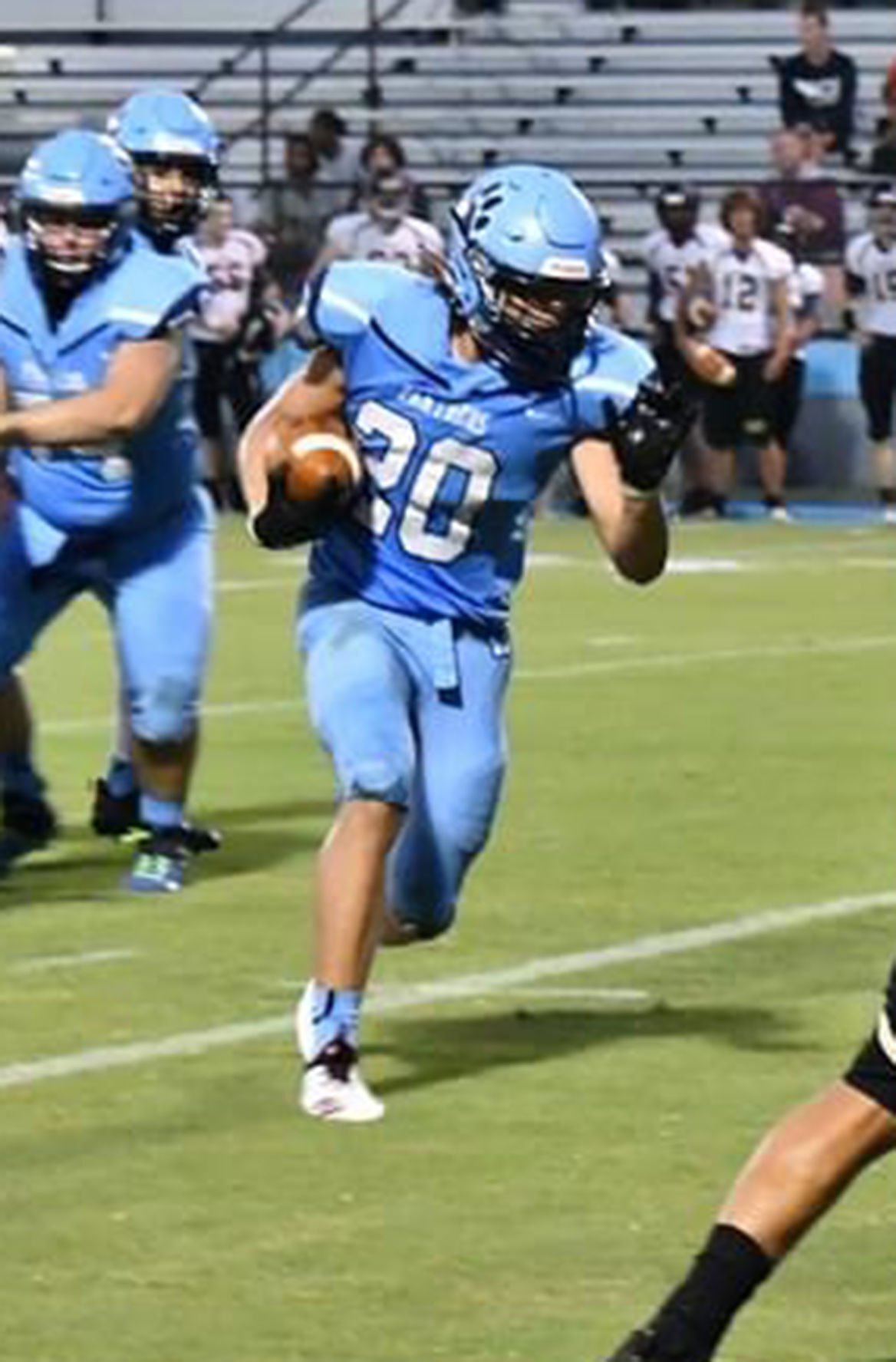 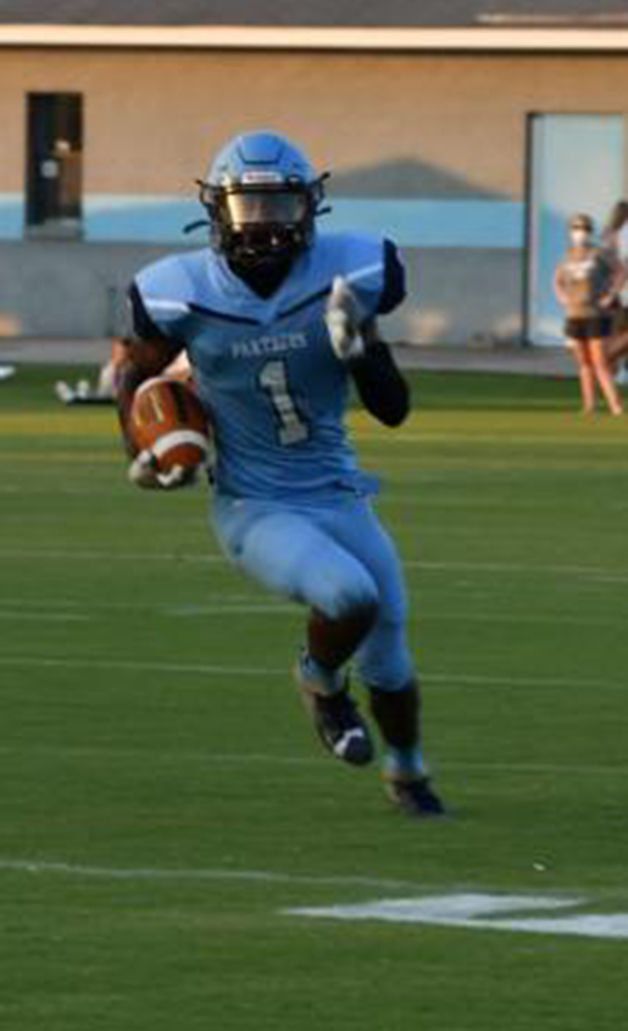 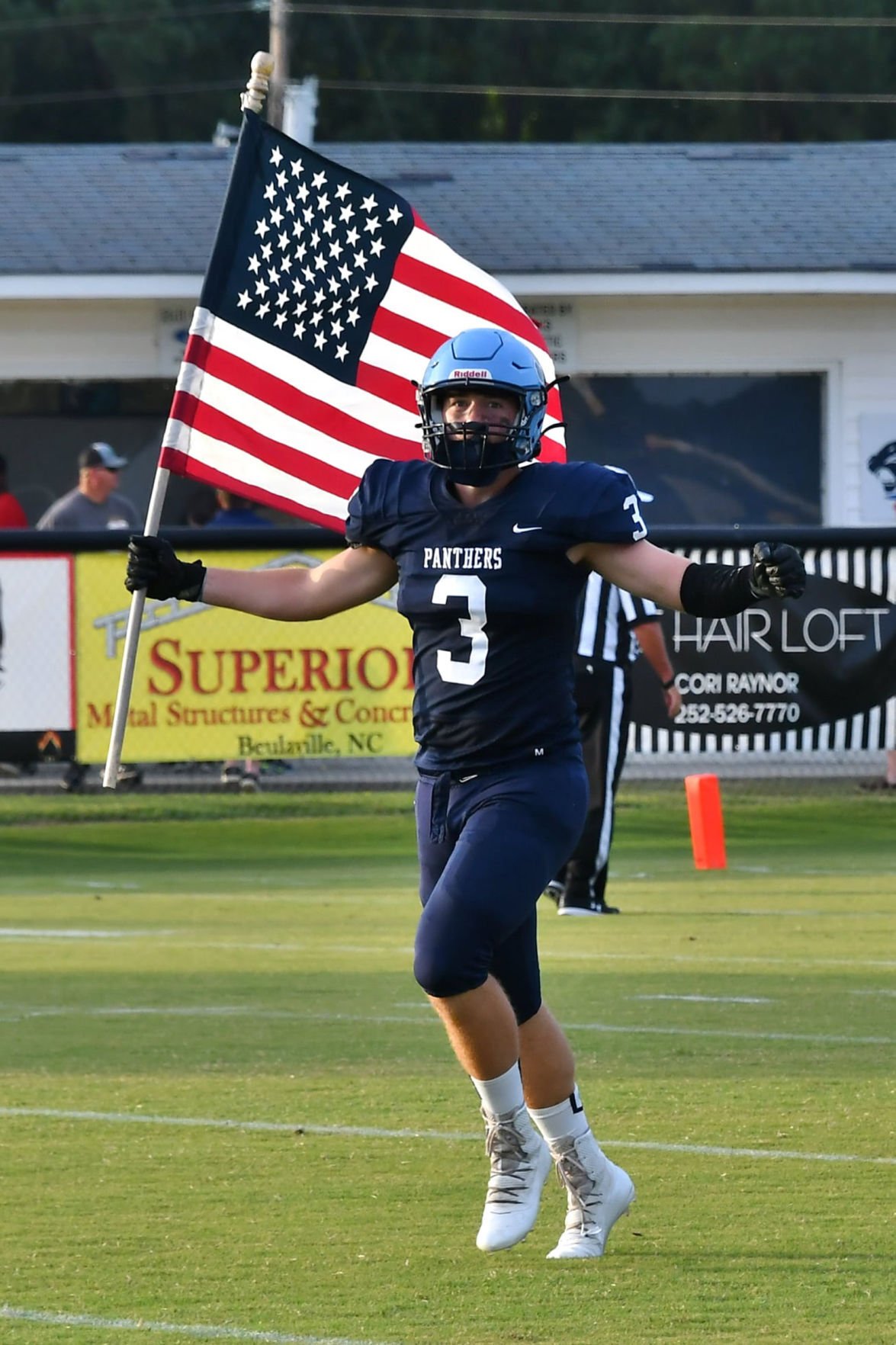 East Duplin lost a number of close games in the spring and fell to Princeton in a heartbreaker two weeks ago. But the Panthers came from behind to whip Pender 48-44 last Friday in Burgaw. 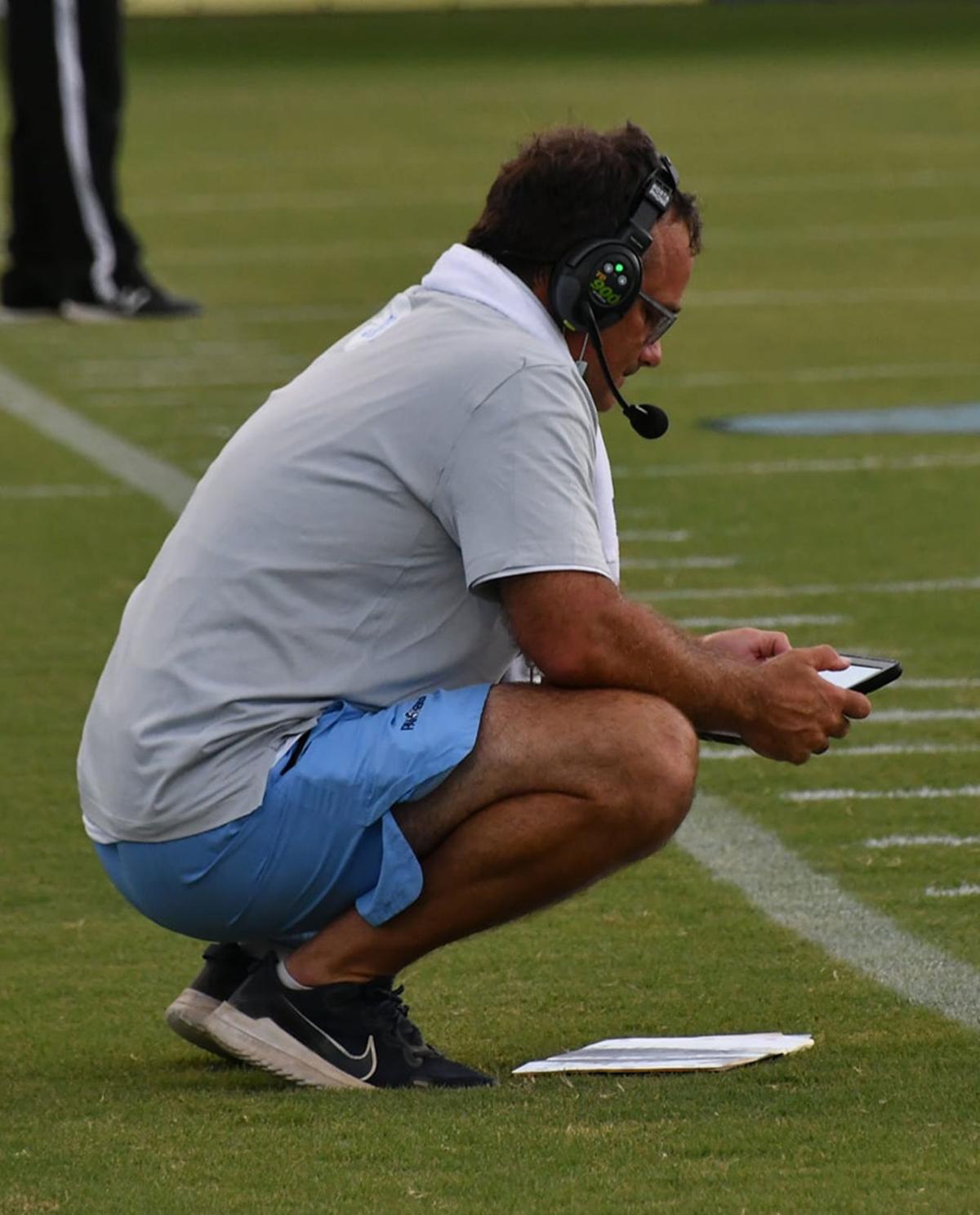 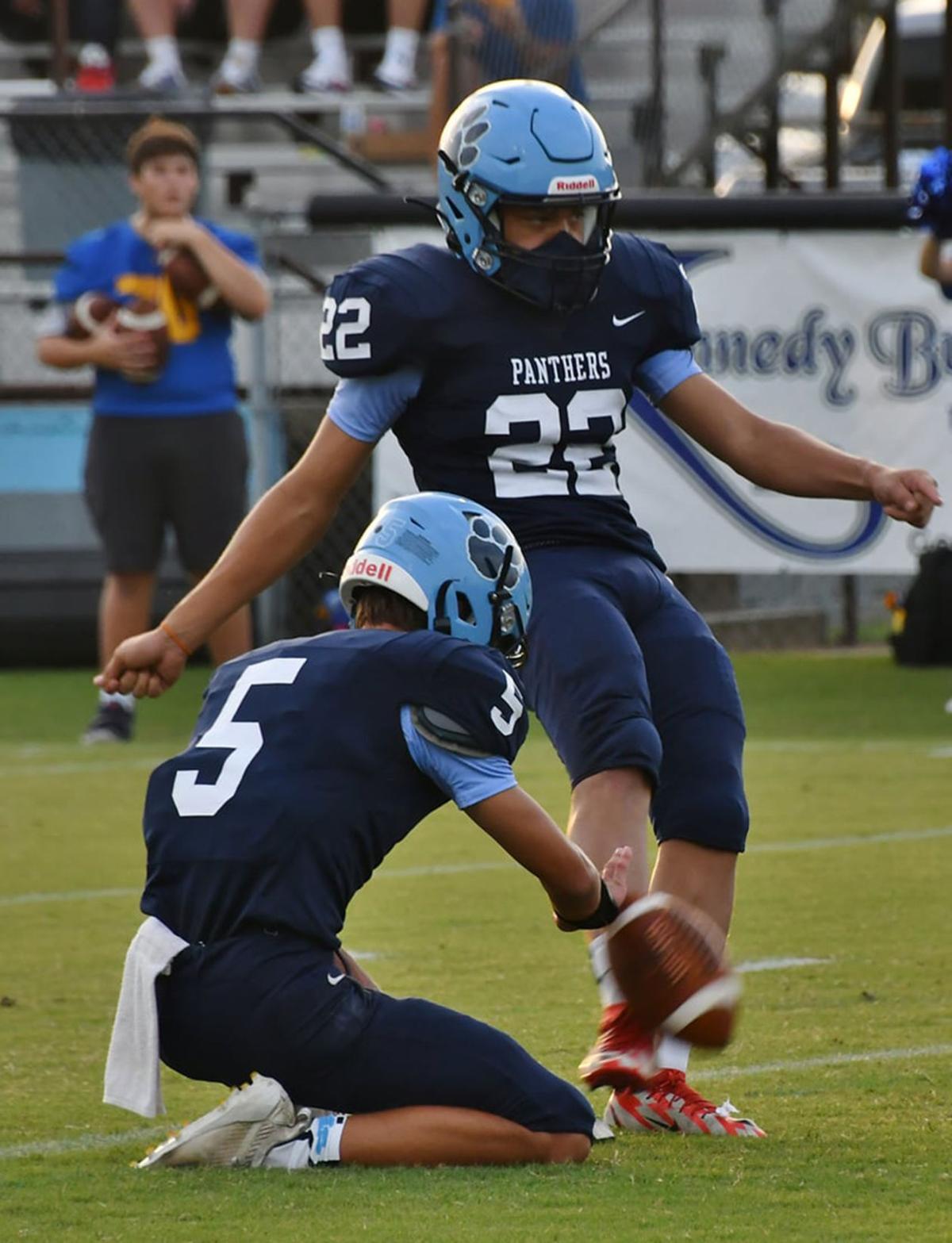 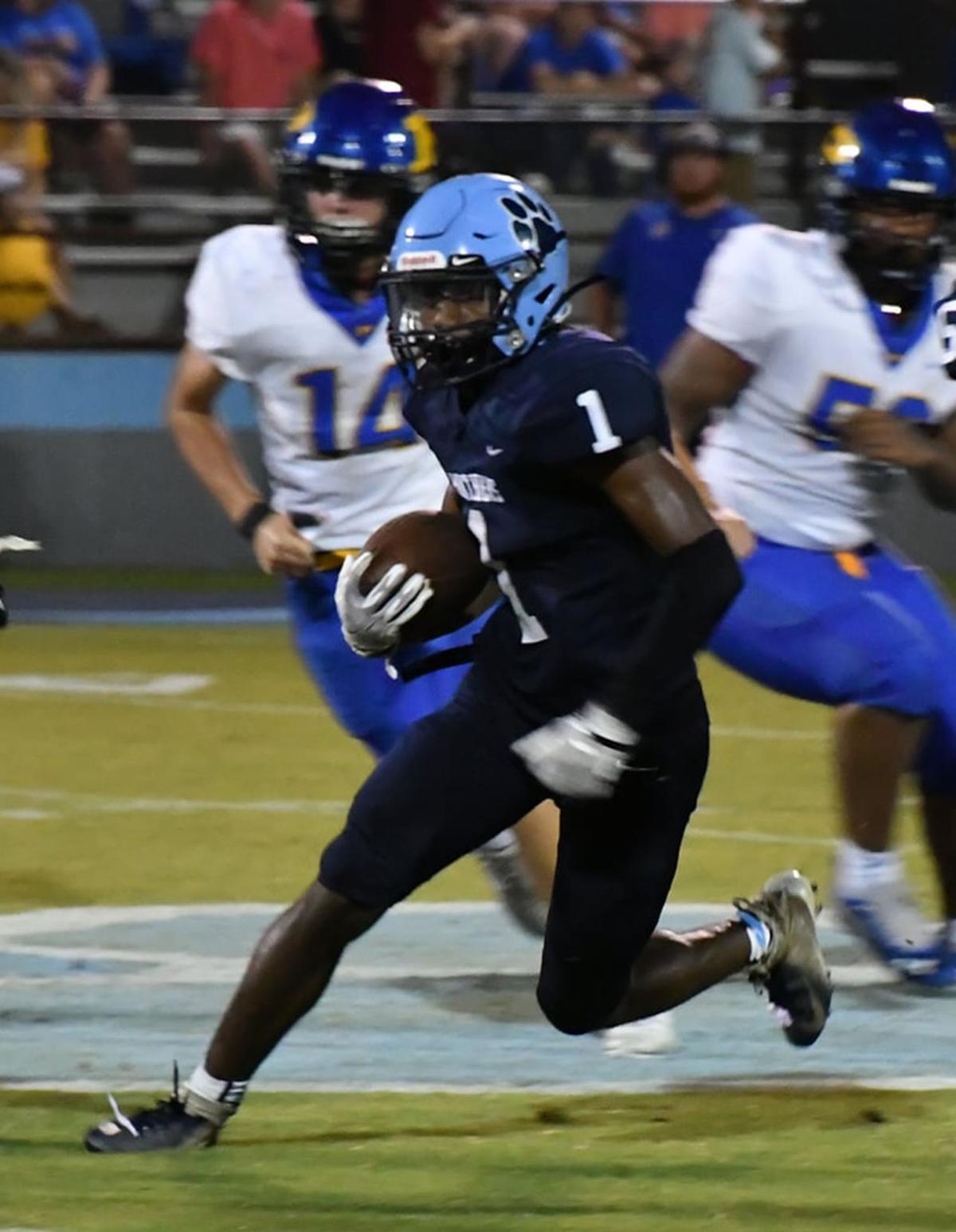 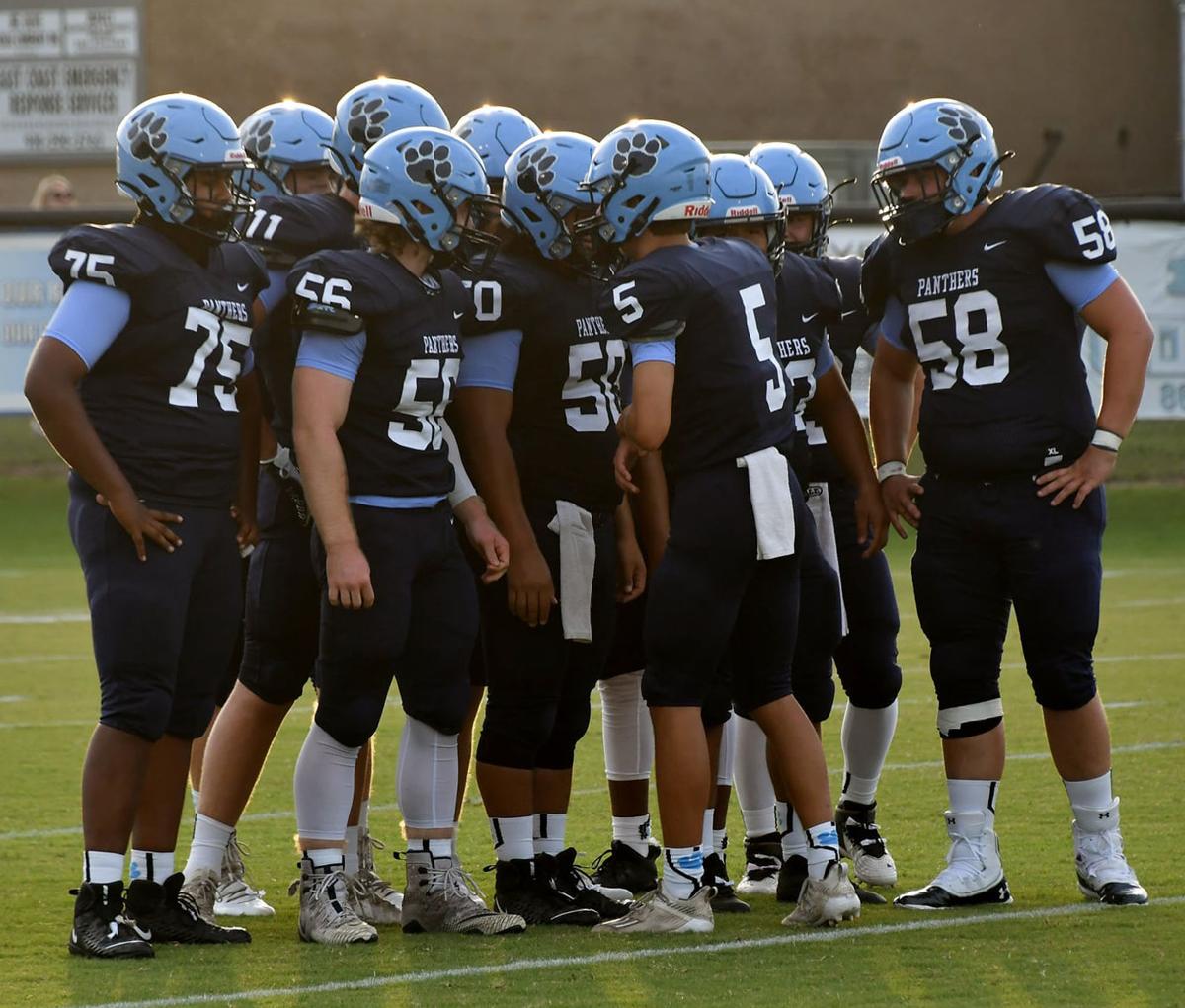 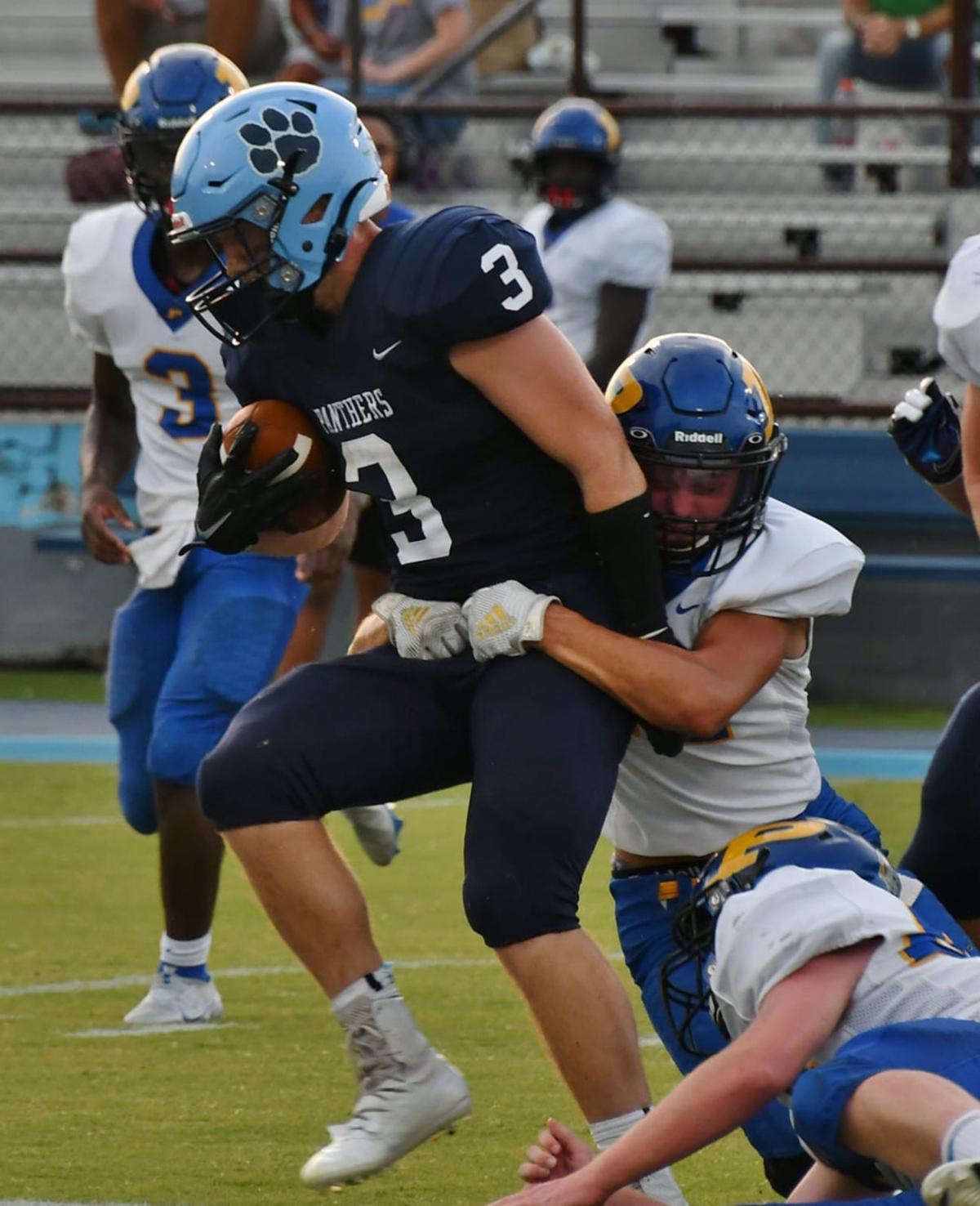 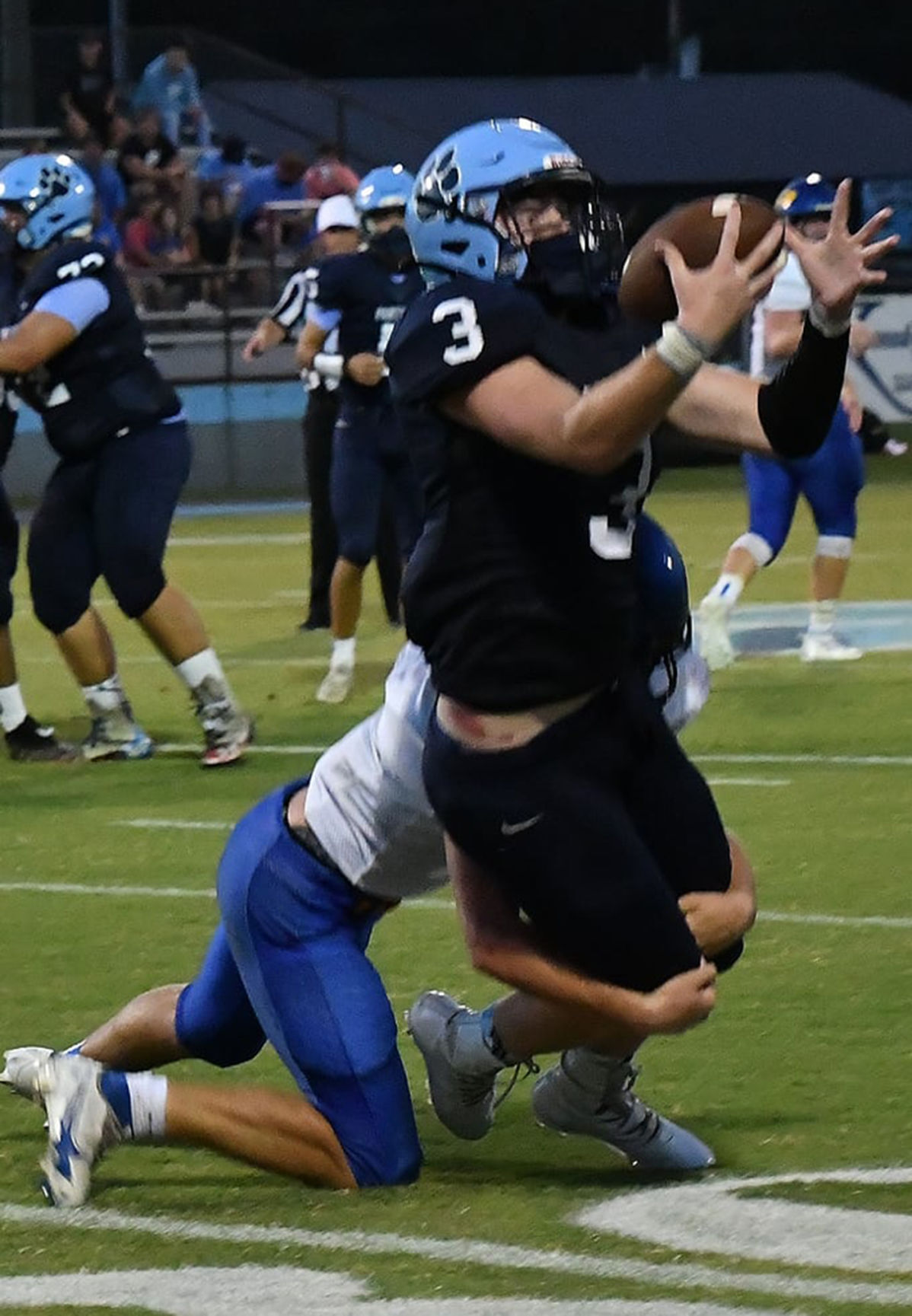 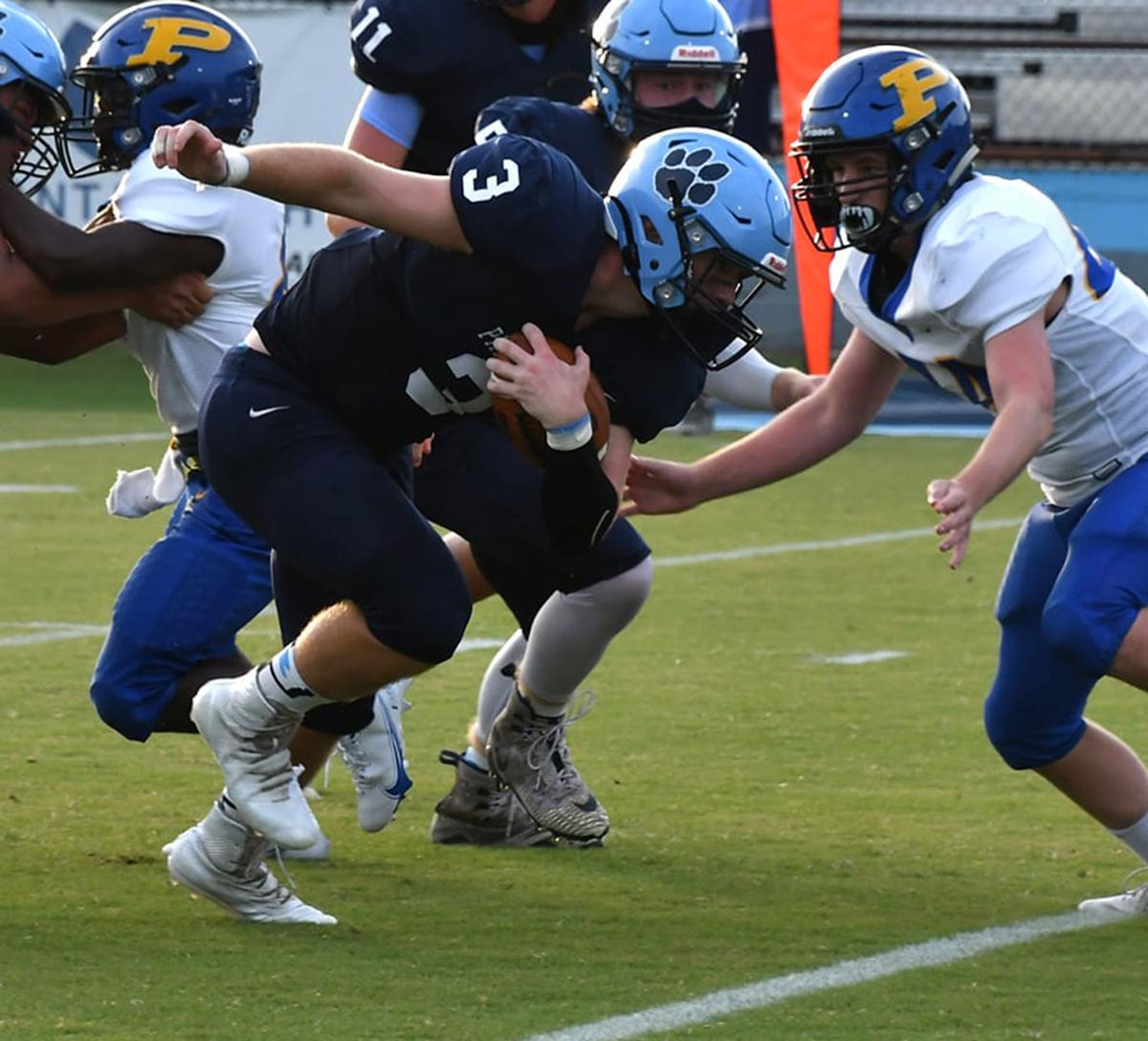 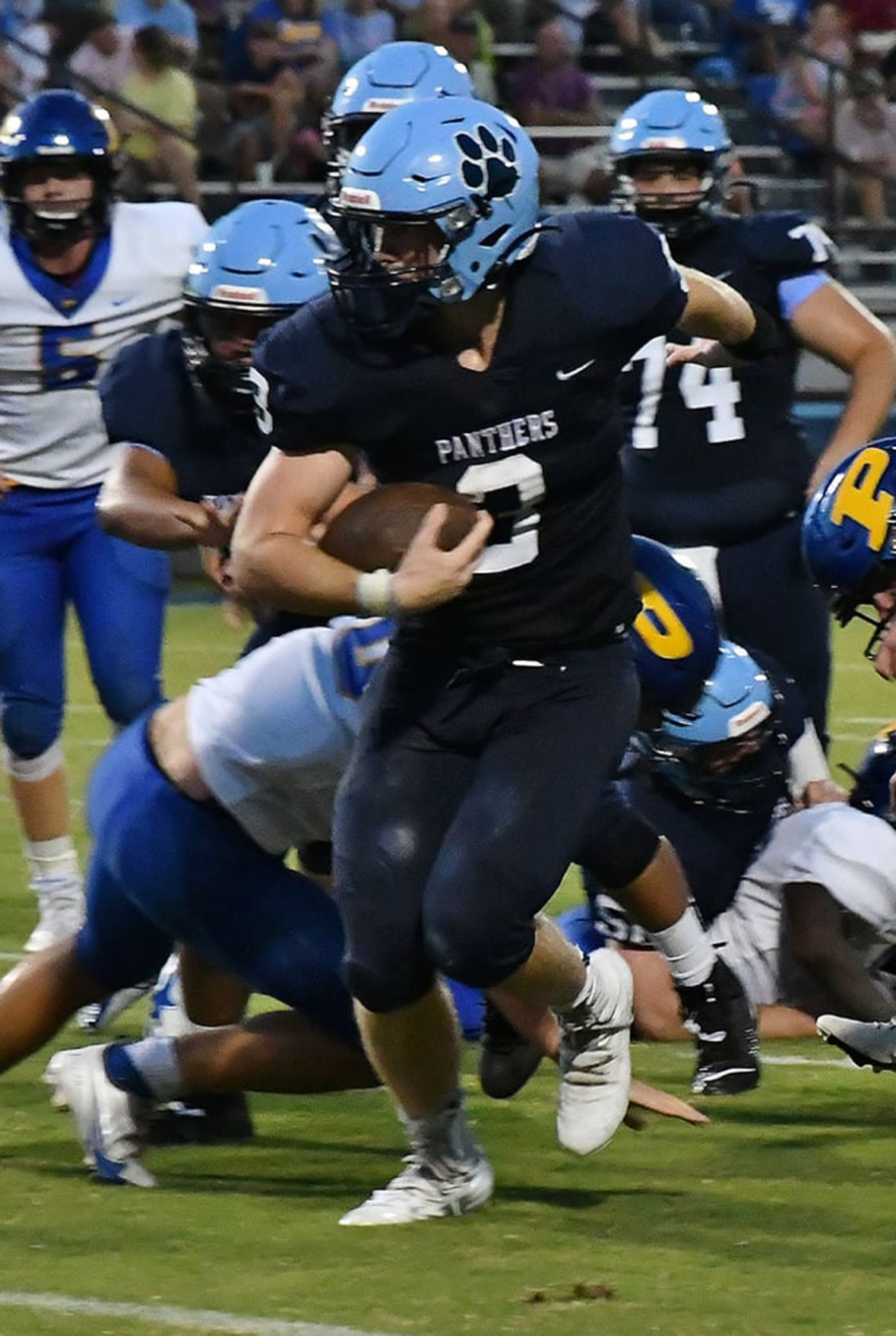 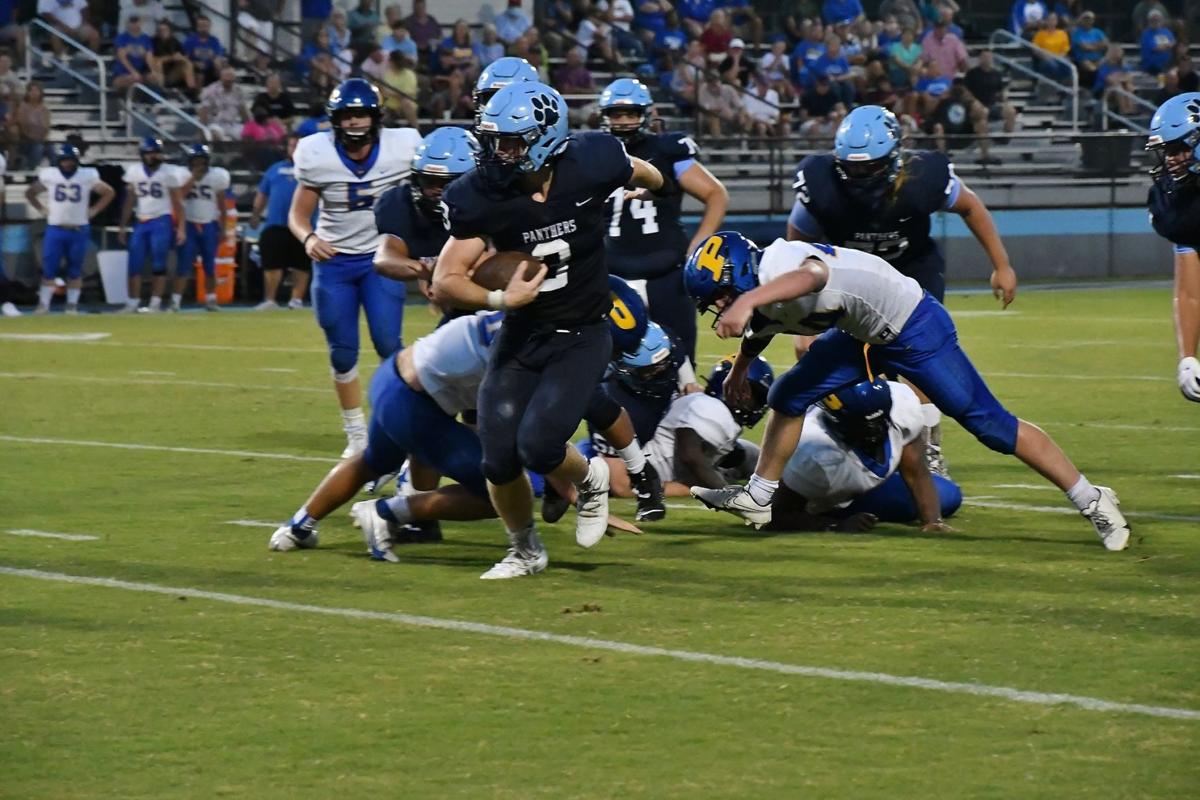 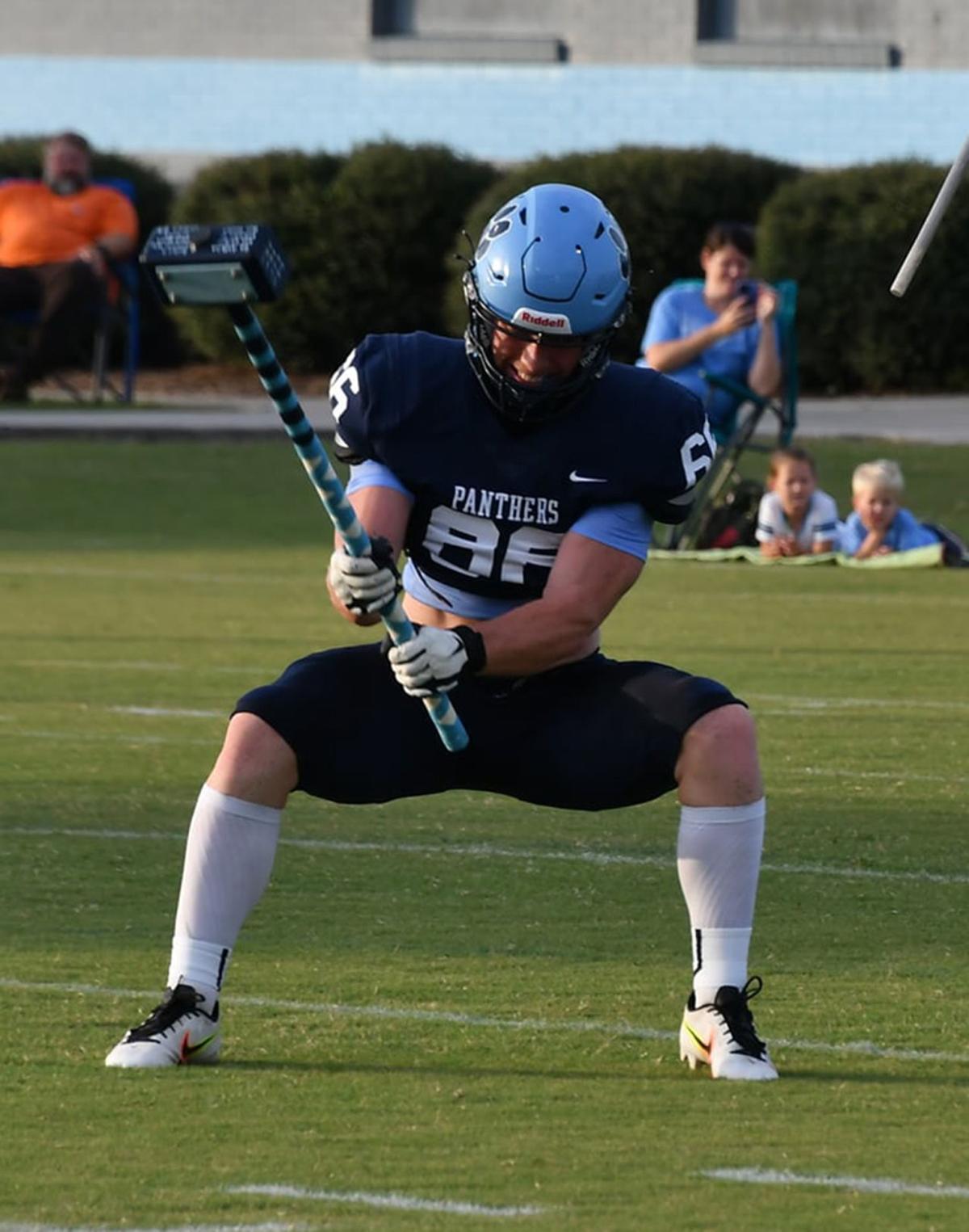 East Duplin lost a number of close games in the spring and fell to Princeton in a heartbreaker two weeks ago. But the Panthers came from behind to whip Pender 48-44 last Friday in Burgaw.

BURGAW – East Duplin acted quickly when Richlands called to say it would not have enough healthy players to field a team for the annual rivalry game between the two schools that are off N.C. 24.

Yet he gave his team a tall task since the Patriots run an offense that is unfamiliar to most prep football teams.

“As the game went on we got better, but we made a lot of adjustments throughout,” Holley said. “We got a couple of stops, a strip of the ball. That triple option is tough to defend if you haven’t prepared for it.

“And we finally won a close one,” he continued after having lost a heart-breaker to Princeton for the second consecutive season — and having a spring season of one-score losses that kept ED out of the state playoffs.

“I know what it’s like to be on the other side of these things,” he said. “Pender played their hearts out and we were lucky to come out on top. It was a tough game.”

Avery Gaby ran for 209 yards and scored three times, while also extending a drive by throwing a pass to Jesse Clinesmith, who nabbed three for 73 yards.

Quarterback Nick Cavenaugh had a 12-yard TD connection to Daunte Hall, who added 45 yards on eight carries and a touchdown, and Kade Kennedy returned a kickoff 60 yards for a score.

It took every bit of that and then some for the Panthers to improve to 2-1.

“Gaby ran hard and so did our other backs,” Holley said. “The fake punt was big.”

Pender has a string of losing seasons since coach Tom Eanes left a decade ago after leading the Patriots to three 10-win seasons, with a state title appearance in 2010. But he’s back and has his club ready.

Lee accounted for the first two scores of the game and ED was playing from behind most of the evening.

Gaby looked to settle the wave with a 19-yard score, but Lee stepped on ED’s pride with a 95-yard kickoff return to make it 22-7.

“We saw something in the coverage we felt like we could take advantage of and it worked,” Holley said.

But Bea jammed in from the 6 and ED had just enough time for a 27-yard field goal from Darwin Bonilla to cut it to 28-17 at halftime.

The pace didn’t slow in the wild third quarter.

Bea started it with a 56-yard score, but Gaby countered with a 34-yard dash to paydirt to cut the deficit to 36-23. There was still a lot of work to be done, especially after Lee ran 69 yards to push the margin to 44-25.

Hall trimmed it to 44-41 entering the fourth.

Gaby’s 31-yard score was the difference in a game that saw both teams struggle on third down.

Gaby nearly doubled his rushing output from the first two games and has gained 430 yards in three games.

If all goes as planned, and in these pandemic times that’s not always possible, East Duplin will travel to Newport on Friday to face Croatan, which is 1-1 and coming off a 20-14 win against West Craven.

“They have a big O-line and the backs run hard,” Holley said. “They run the split-back veer with a triple option. It’s going to be physical up there. Another tough night against a well-coached team.”

The Panthers won the last meeting 21-13 in the first round of the state playoffs in 2019.

ED also picked up a game for its open week. It will face Midway on Oct. 1. The Panthers open ECC play on Sept. 17 against James Kenan in Warsaw.