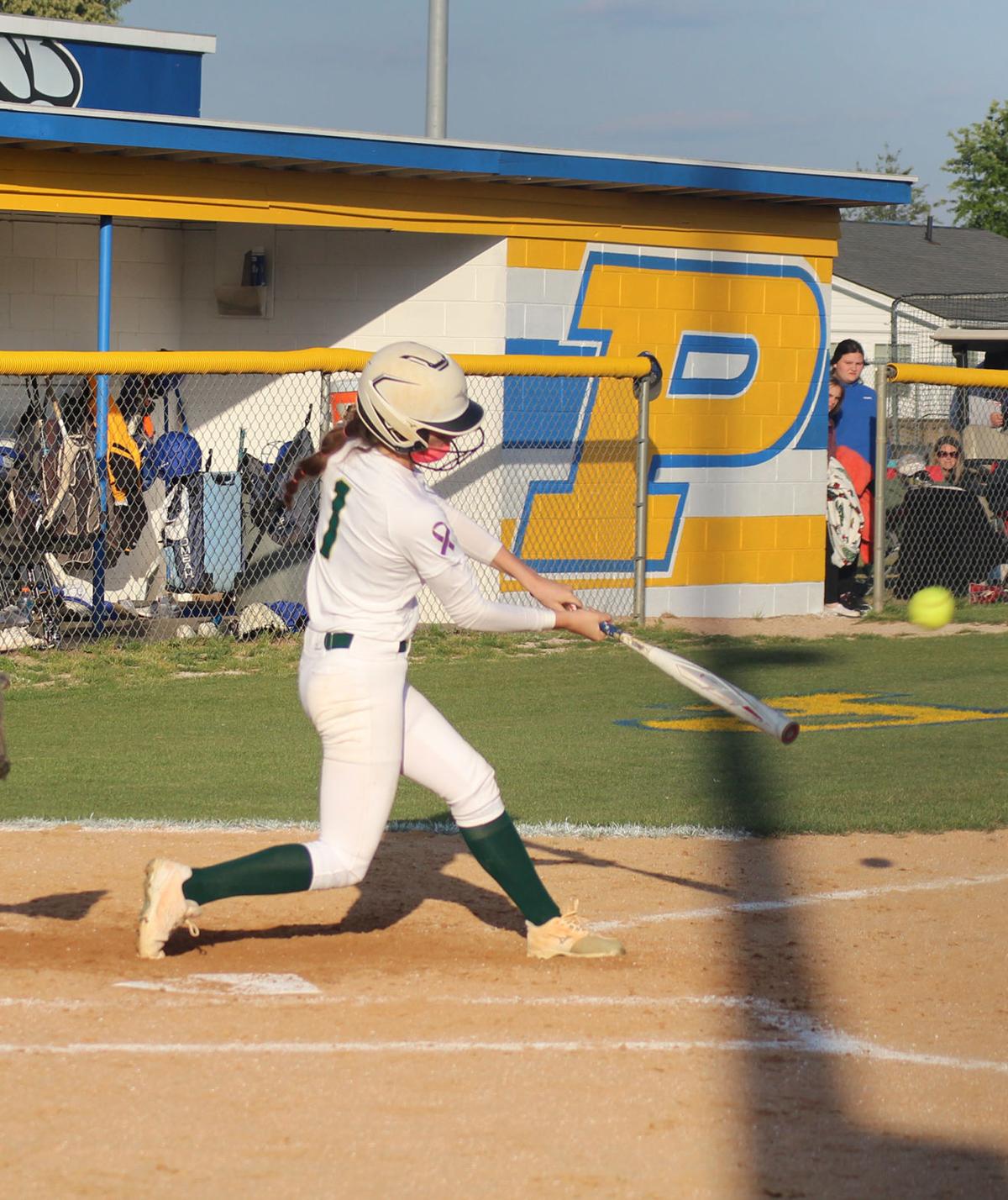 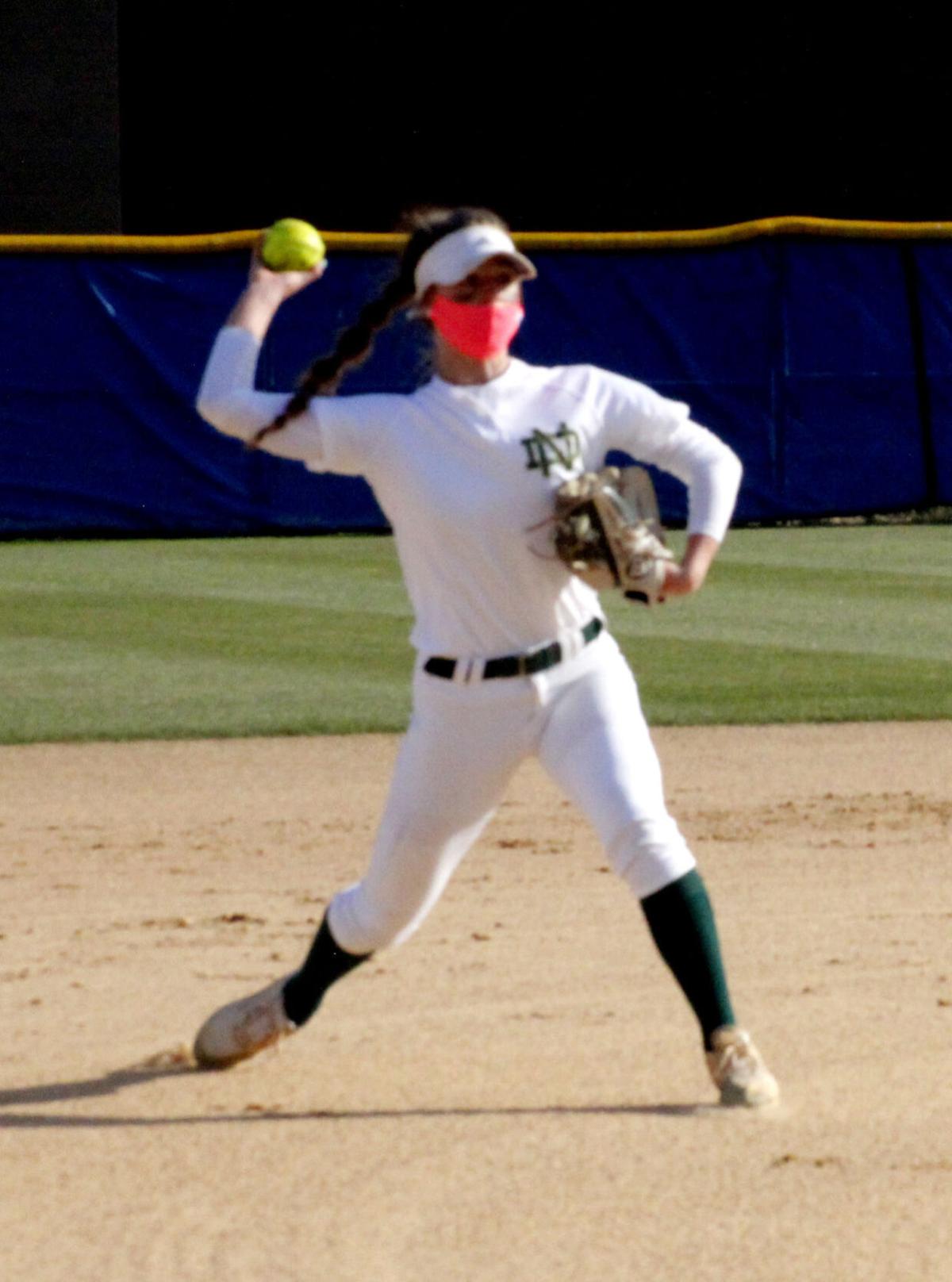 North Duplin’s Reece Outlaw laced a double against Princeton and scored a run. The Rebels’ leadoff hitter is hitting .593 with 11 RB and 22 runs. 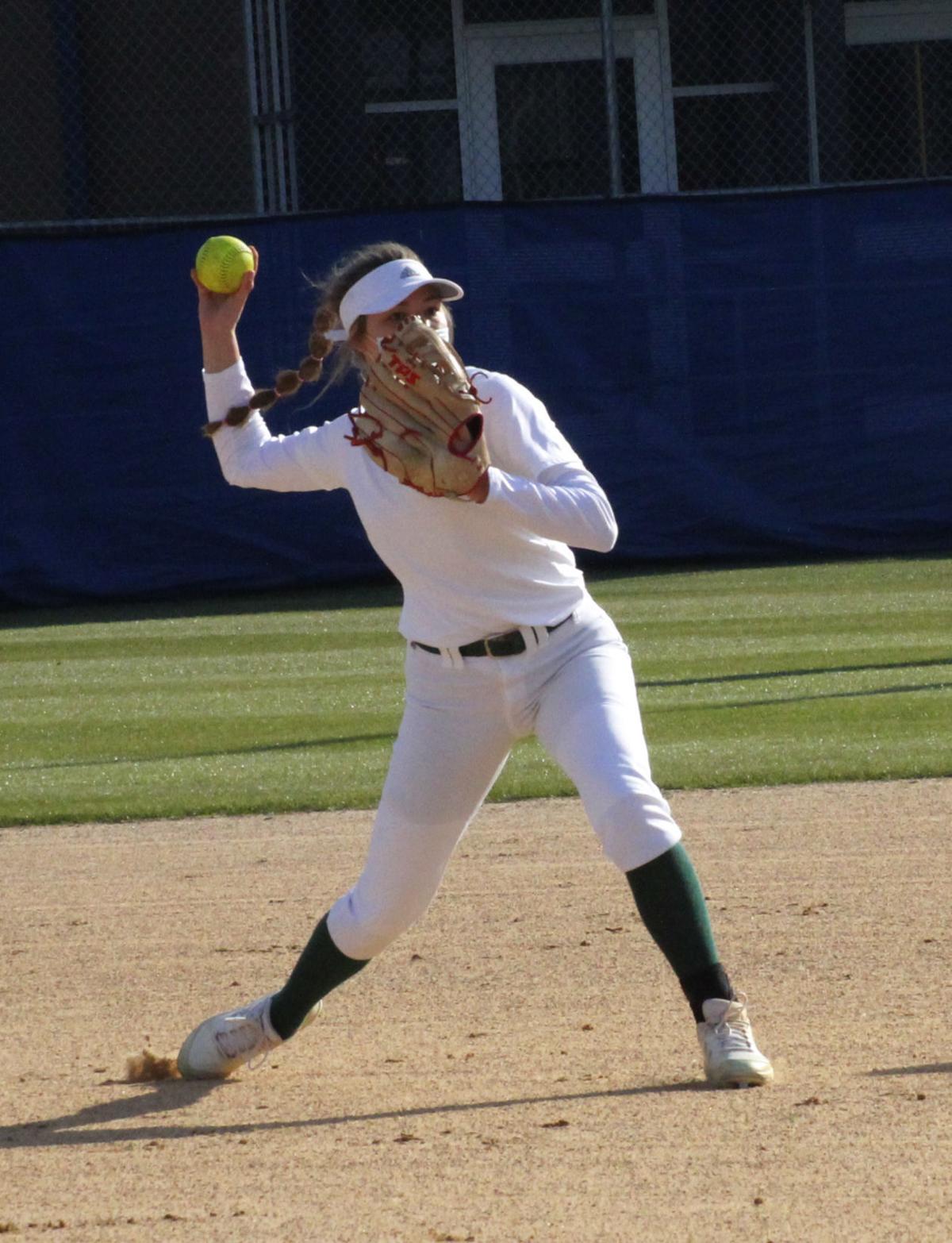 North Duplin’s Reece Outlaw laced a double against Princeton and scored a run. The Rebels’ leadoff hitter is hitting .593 with 11 RB and 22 runs.

PRINCETON — Callie Thornton wore the No. 13 jersey last Thursday when she stepped into the circle against Carolina 1A Conference powerhouse Princeton.

It couldn’t have been more appropriate as her pitching, fielding and hitting helped power North Duplin to a 6-2 win over the Bulldogs, who coincidentally had won the last 13 league titles.

ND won the state 1A title in 2015 and Princeton took the crown the following season.

Since then every matchup has been key, a measuring stick for both schools. Princeton’s only two losses this spring have been to the Rebels.

“It was a little bit of everything today,” said ND coach Ricky Edwards. “Callie did fantastic and we were able to play good defense behind her.

The game ended with a pair of defensive gems.

The Bulldogs’ Averie Daughtry singled to open the sixth, and Morgan Miller’s mini-pop looper was falling fast between the pitching rubber and home plate.

Thornton sprinted to it and caught it just before it touched the dirt.

She then rose to her feet and fired a strike to first baseman Ivey Cashwell for a double play.

The senior shook off the dirt from her jersey and let a teammate end the game.

Left fielder Riley Hatch stabbed a wobbly line drive off the bat of Lilly Holmes and ND’s players and fans roared and high-fived.

“It’s a real good thing for our community, and school,” Edwards said. “These girls worked extremely hard. And let me tell you, Princeton, and Rosewood, too, are very good teams. So this is a big moment.”

ND had lots of snapshots on a sunny but cold evening in Johnston County.

Thornton was magical on the mound, especially after getting out of a first-inning jam by whiffing Miller.

She made an arm swing through the air after it hit catcher Logan Jones’ mitt.

But two infield hits, a walk and two-run double by Daughtry put ND in an early hole.

Yet the “arm swing” by Thornton kept things on a positive note for the Rebel offense, which had teed off on Bulldog pitching on March 29 in a 13-4 win.

The confidence in the Rebels’ dugout spewed into the field of play in the second inning.

Hannah Martin walked and went to third base on Kasey Jones’ double down the first-base line.

Two batters later, Skylar Hatch tied it with a single to right-center field.

The game seemed to turn even though ND never opened up its lead until late in the night.

Thornton, though, was in a zone and gave ND a break by retiring the side in order from the second to the fifth.

She allowed four hits, walked three and struck out four, but always cleaned up any mess the Rebels’ encountered.

“She’s the best pitcher we’ve faced all year,” said Princeton coach Don Andrews. “She’s smart and always knows where to be or what to do.”

Princeton (9-2) will likely make the state playoff field and could possibly have a rematch with ND.

“We played a great game tonight, I think our best of the season,” Andrews said. “Against a team like North Duplin you can’t make any mistakes and you have to hit the ball. So, I think we’re playoff ready.”

ND’s defense was pointedly sharp in the third, fourth and sixth frames when Thornton did not register a strikeout or face danger.

They took care of their part catching and throwing the neon yellow ball.

“I felt pretty good out there, keeping them off balance,” said Thornton, who along with Martin and Cashwell are the club’s senior leadership. “We’re a young group,” Thornton said, “but they’re a great group with so much energy. I know they’re behind me.”

Sophomore leadoff hitter Reece Outlaw singled to open the second and came home on Thornton’s solidly hit single to give ND the lead.

Another extra-base hit led to a 4-2 lead as Kasey Jones tripled to left-center field to open the fourth, scoring when Hatch reached on an infield error.

Martin drove in Logan Jones in the seventh and Thornton was plated two hitters later with a perfectly executed suicide squeeze bunt by Hatch.

Princeton played the entire season without its No. 1 pitcher Gracelyn Massey, who will play next spring at Barton College.

The two schools could — but may not — schedule a series next season. The NCHSAA is moving Princeton out of the Carolina 1A and up to a 2A conference because of its growing enrollment.

The Rebels close out the season on Monday with a home game against Hobbton.

The first round of the playoffs begins a week later (May 1).

ND has a .482 team batting average and have put up more than 10 hits per game.

ND has 26 extra-base hits, 65 walks and has committed just five errors all season. Thornton has 92 strikeouts and 18 walks in 54 innings of work.