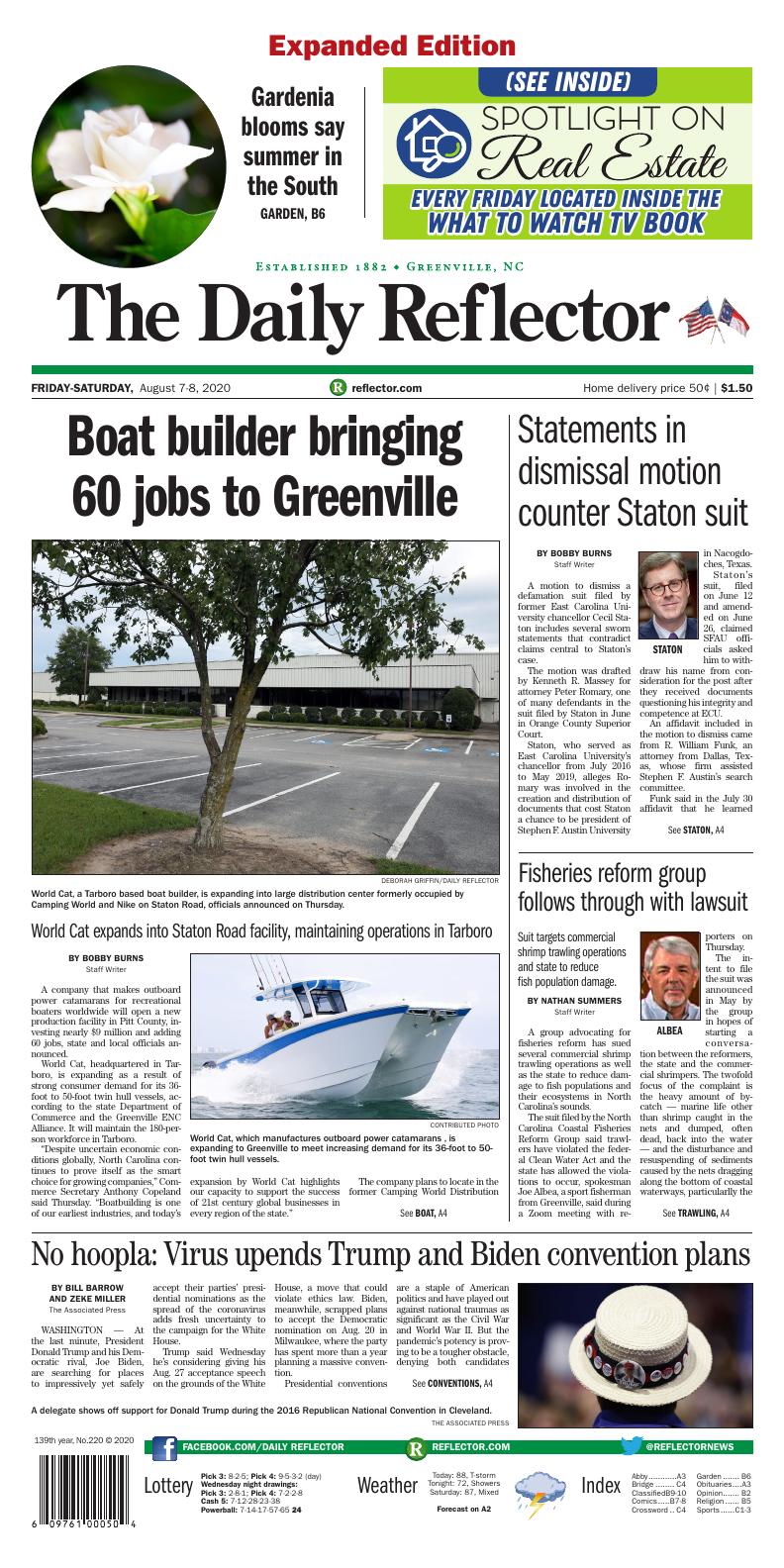 World Cat, headquartered in Tarboro, is expanding as a result of strong consumer demand for its 36-foot to 50-foot twin hull vessels, according to the state Department of Commerce and the Greenville ENC Alliance. It will maintain the 180-person workforce in Tarboro.

“Despite uncertain economic conditions globally, North Carolina continues to prove itself as the smart choice for growing companies,” Commerce Secretary Anthony Copeland said Thursday. “Boatbuilding is one of our earliest industries, and today’s expansion by World Cat highlights our capacity to support the success of 21st century global businesses in every region of the state.”

The company plans to locate in the former Camping World Distribution Center at 601 Staton Road north of Greenville. Camping World closed the operation earlier this year. The facility once housed the distribution center for Nike sportswear and equipment.

World Cat is finalizing details with the building’s owner and hopes to be able to start operations by November, said Uconda R. Dunn, vice president of business development with the Greenville ENC Alliance, a public-private economic development partnership. World Cat is working with officials to secure a reuse grant to retrofit the building for its operations.

The location of other boat-building operations in the Greenville area — Grady-White Boats is located nearby on U.S. 264 Bypass — factored into World Cat’s decision to locate here, Dunn said. The area has a skilled workforce because of its boat-building tradition and the training capabilities at Pitt Community College.

“We are so excited about this,” Dunn said. “We are excited about keeping this operation in eastern North Carolina. They were thinking about moving the entire operation to Florida.”

World Cat, a brand of HC Composites LLC, has been headquartered in Tarboro since 2002. The company won the 2019 Governor’s Export Award as a Top Global Reach Exporter for its strong international dealer network, the news release said. The twin hull design of its boats provides a more balanced, stable recreational boating experience, the release said.

The addition of 230,000 square-foot manufacturing space in Greenville will position the company for long-term growth in the fastest-growing segment of the recreational market, a news release said.

“We have a wonderful team in Tarboro and are excited to extend our culture and philosophy to our new facility in Greenville,” said Vann Knight, vice president of operations for World Cat.

The North Carolina Department of Commerce led a team of partners in supporting World Cat’s decision to expand its North Carolina operations. The company had considered other U.S. business destinations.

Annual salaries of the new jobs will average $41,085, creating a payroll impact for the community of nearly $2.5 million per year. World Cat will fill positions in engineering, production and sales at its new facility.

A performance-based grant of $180,000 from the One North Carolina Fund will help facilitate the expansion. The One NC Fund provides financial assistance to local governments to help attract economic investment and create jobs.

Companies receive no money upfront and must meet job creation and capital investment targets to qualify for payment. All One NC grants require a matching grant from local governments, and any award is contingent upon that condition being met.

“Expansions by existing North Carolina companies provide the best evidence that our business climate remains competitive with other leading destinations,” said state Sen. Don Davis. “Congratulations to World Cat for the success that has led to such significant growth.”

“For years now, Pitt County has offered a home for boatbuilders, and today’s news means that we will be able to continue building on that success in our area,” said state Rep. Kandie D. Smith. “Greenville is the perfect location for this type of competitive project, and I am grateful for the hard work of our local and state economic development partners and allies who helped bring this project here.”

Former East Carolina University Chancellor Cecil Staton, shown in this December 2018 photo, has sued the University of North Carolina System, claiming his departure from ECU was the result a vendetta by the former chairman of the UNC Board of Governors.

The motion was drafted by Kenneth R. Massey for attorney Peter Romary, one of many defendants in the suit filed by Staton in June in Orange County Superior Court.

Staton, who served as East Carolina University’s chancellor from July 2016 to May 2019, alleges Romary was involved in the creation and distribution of documents that cost Staton a chance to be president of Stephen F. Austin University in Nacogdoches, Texas.

Staton’s suit, filed on June 12 and amended on June 26, claimed SFAU officials asked him to withdraw his name from consideration for the post after they received documents questioning his integrity and competence at ECU.

An affidavit included in the motion to dismiss came from R. William Funk, an attorney from Dallas, Texas, whose firm assisted Stephen F. Austin’s search committee.

Funk said in the July 30 affidavit that he learned that a document regarding Staton’s tenure at ECU had been sent to the committee and he counseled the committee prior to Staton’s interview to disregard it. The university’s chief legal counsel, Damon Derrick, concurred, Funk said.

Funk said he informed Staton about the document and provided him a copy after the interview with the committee.

“At no point did I state or imply that the search committee wished Cecil to withdraw,” Funk said. “Cecil did not withdraw from the search.”

After conducting interviews with 10 candidates, the committee discussed the candidates’ strengths and weaknesses and selected four candidates to move forward. Staton was not one of the four, Funk said.

“The search committee discussion made scant reference to the document during their discussion of candidates, focusing instead on the strengths of the various candidates. The document was not the driving force behind Cecil’s exclusion,” Funk’s affidavit said.

A call to Funk’s office on Thursday was not returned.

A letter from Derrick also was included in the filing. It said, “At no point did the presidential screening committee request a candidate to withdraw their application or provide reasons a candidate may not have been selected to move forward in the process.”

The letter was dated Tuesday. Reached by phone on Thursday afternoon, Derrick said he wrote the letter at the request of Romary and Harry Smith, former chairman of the UNC Board of Governors and another defendant in the suit.

Other defendants in the suit include the UNC System, Romary’s lawfirm, Qverity, and individuals who were members of the Board of Governors during Staton’s tenure. Staton’s tenure at ECU was marked by a rocky relationship with Smith and the governors. He said at the time of his resignation from ECU that the decision to leave was not voluntary.

The motion to dismiss also includes an affidavit from Durham attorney T. Greg Doucette, a former member of the Board of Governors who has represented Romary in other matters.

Doucette’s affidavit, signed on Monday, centers on the identity of a person called “John Q. Public,” who Staton’s suit said was involved in the distribution of defamatory information. Staton’s suit claims that Romary and Public are the same person. Doucette, reached by phone Thursday evening, said that’s not true.

“I have previously advised the individual identified in the Amended Complaint as “John Q. Public at ECU” using the email address johnqpublicatecu@gmail.com. That person is not Mr. Romary, nor is it someone working with Mr. Romary or acting on Mr. Romary’s behalf,” his affidavit said.

The motion to dismiss also contained a June 25 affidavit from former ECU professor Tracey L. Tuten. In that statement, circulated in widely July, Tuten said she was the author of a document known as “the dossier,” which was critical of Staton.

Staton’s suit said the dossier was sent to Stephen A. Austin officials and that Romary and Smith were involved in its creation and distribution.

The affidavits and other documents on Thursday were provided to The Daily Reflector by a source who asked to remain anonymous. Doucette also posted the documents on his Twitter account.

A civil court clerk in Orange County said on Thursday that no new documents had been filed in the Staton matter. However, the motion to dismiss is marked with a stamp indicating it had been filed at 11:45 a.m. Thursday.

Doucette said it is possible the computer files had not been updated when the clerk checked the records. The clerk confirmed Friday morning the motion had been filed. 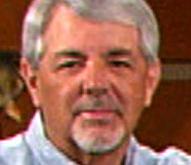 A group advocating for fisheries reform has sued several commercial shrimp trawling operations as well as the state to reduce damage to fish populations and their ecosystems in North Carolina’s sounds.

The suit filed by the North Carolina Coastal Fisheries Reform Group said trawlers have violated the federal Clean Water Act and the state has allowed the violations to occur, spokesman Joe Albea, a sport fisherman from Greenville, said during a Zoom meeting with reporters on Thursday.

The intent to file the suit was announced in May by the group in hopes of starting a conversation between the reformers, the state and the commercial shrimpers. The twofold focus of the complaint is the heavy amount of by-catch — marine life other than shrimp caught in the nets and dumped, often dead, back into the water — and the disturbance and resuspending of sediments caused by the nets dragging along the bottom of coastal waterways, particularlly the Pamlico Sound.

A 60-day grace period since the announcement passed last week, and with that, the lawsuit was filed in federal court on Tuesday.

In the Zoom meeting, Albea reiterated the group’s position of not wanting to do away with the trawlers entirely, but instead limiting their reach both with the size of their nets and where those nets can be dragged.

The impact, Albea said, has been substantial for many vital fish species, including croaker, spot and gray trout, all of which he said have been in decline for 30 years. After many unsuccessful attempts over the last two decades to get some of the negative trends addressed at the state level, Albea said it reached a head last year when the state brought a halt recreational flounder fishing due to population concerns.

“We met and finally decided that was it. We have to draw a line in the sand. We have to step in and things have to change,” said Albea, noting that only North Carolina and Louisiana allow trawlers inside the traditional ocean zone.

The NCCFRG, which has its primary concerns and the group’s projected solutions on its website, restated that it hoped the 60-day grace period following the announced intent of the suit would create a much-needed dialogue between the two sides. In their limited contact, they were not in agreement.

The suit names specifically seven trawling companies along with the N.C. Department of Environmental Quality and the Division of Marine Fisheries. Albea said the NCCFRG exhausted all efforts in attempt to set up a meeting with the groups.

He also noted that as many as 100 other species of fish and marine life are affected by the trawlers and become by-catch.

The damage that particularly the larger boats do is substantial to inshore waters, Albea said, and part of the push is to get the biggest boats back into the ocean permanently. He said the trawlers run non-stop from Sunday nights all week through Friday, running 220-foot net rigs and with boats often running side by side.

With the suit now filed, the defendants have 21 days to respond. 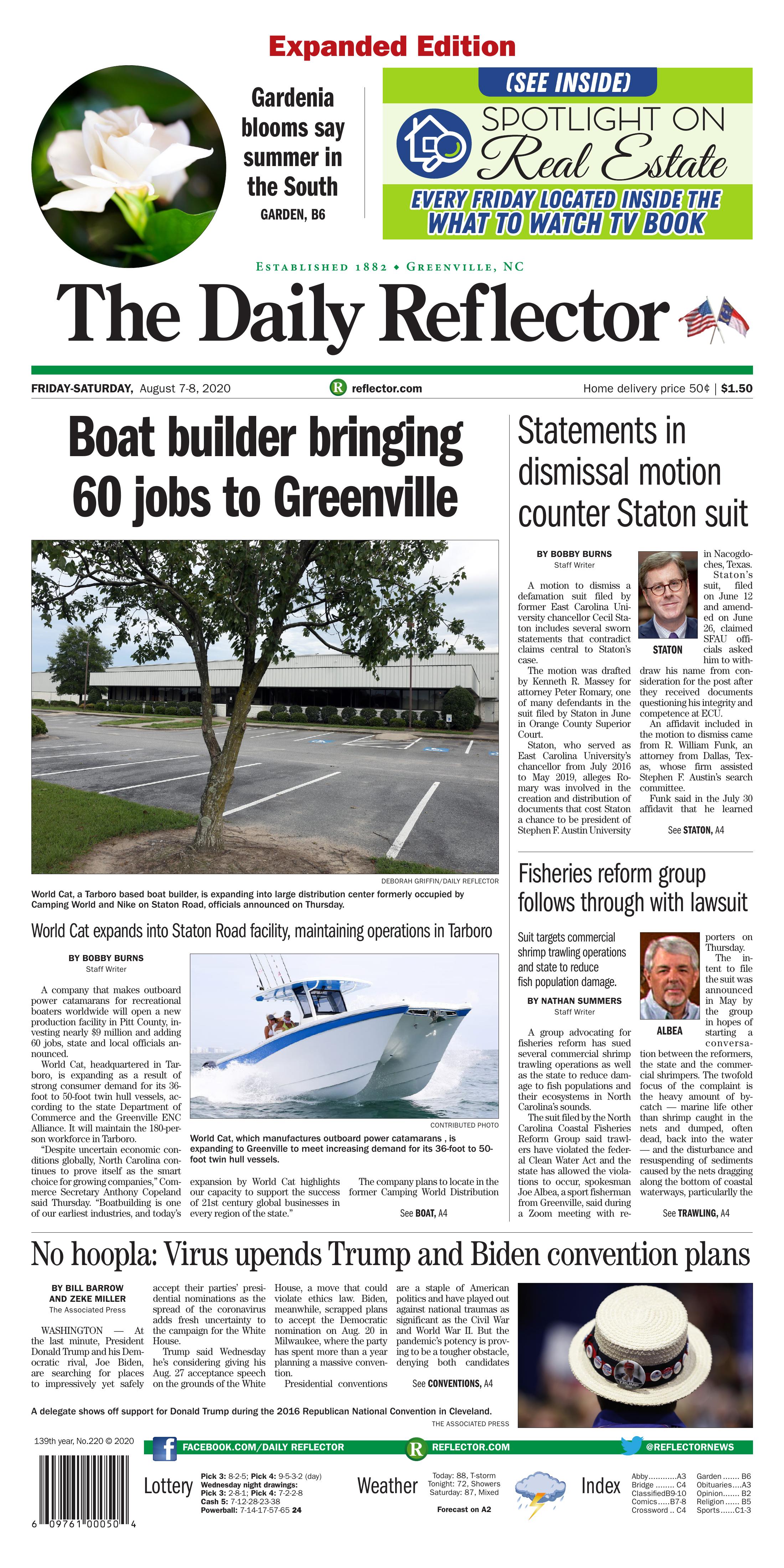