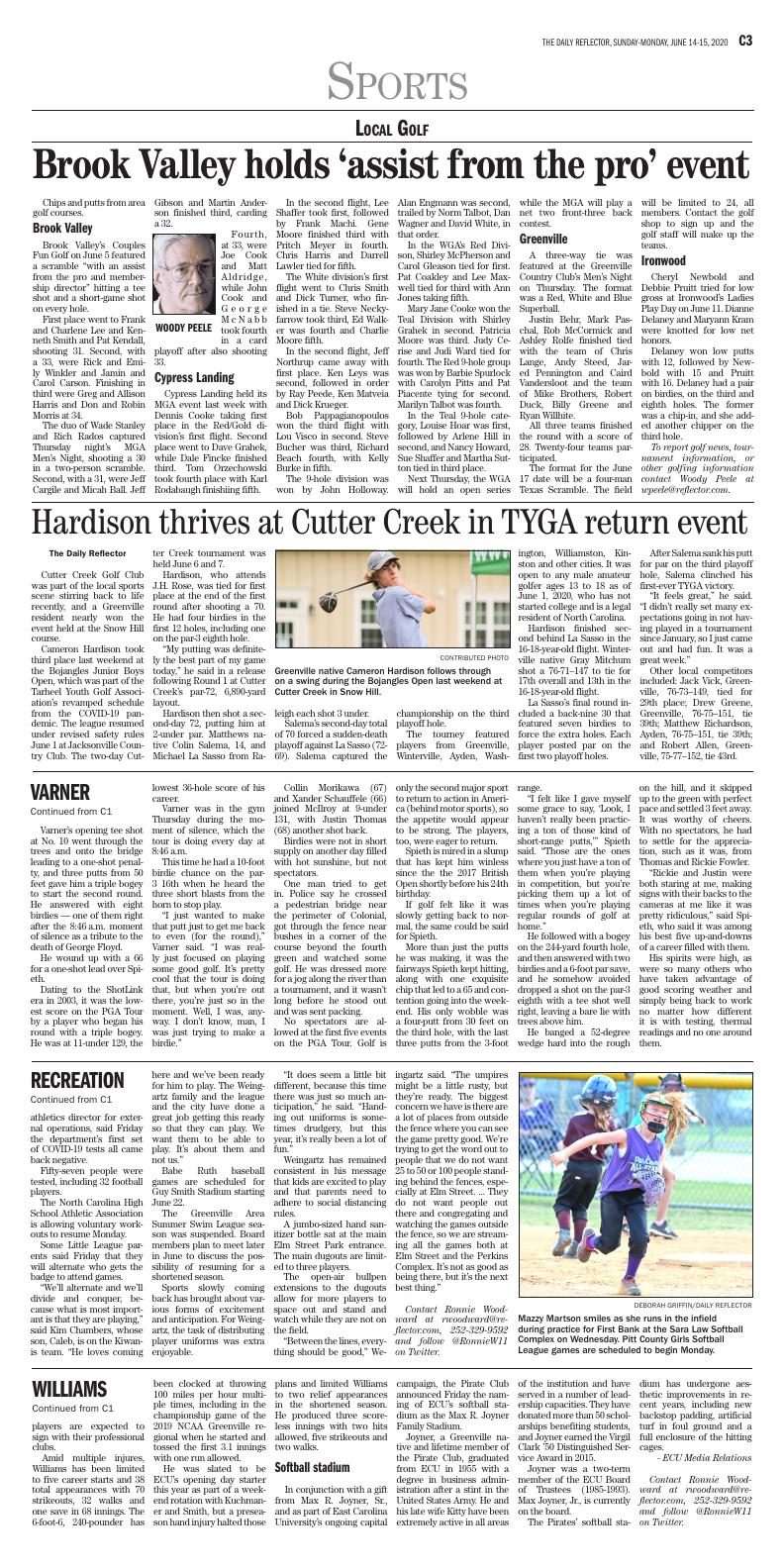 Brook Valley’s Couples Fun Golf on June 5 featured a scramble “with an assist from the pro and membership director” hitting a tee shot and a short-game shot on every hole.

First place went to Frank and Charlene Lee and Kenneth Smith and Pat Kendall, shooting 31. Second, with a 33, were Rick and Emily Winkler and Jamin and Carol Carson. Finishing in third were Greg and Allison Harris and Don and Robin Morris at 34.

The duo of Wade Stanley and Rich Rados captured Thursday night’s MGA Men’s Night, shooting a 30 in a two-person scramble. Second, with a 31, were Jeff Cargile and Micah Ball. Jeff Gibson and Martin Anderson finished third, carding a 32.

Fourth, at 33, were Joe Cook and Matt Aldridge, while John Cook and George McNabb took fourth in a card playoff after also shooting 33.

In the second flight, Jeff Northrup came away with first place. Ken Leys was second, followed in order by Ray Peede, Ken Matveia and Dick Krueger.

The 9-hole division was won by John Holloway. Alan Engmann was second, trailed by Norm Talbot, Dan Wagner and David White, in that order.

Next Thursday, the WGA will hold an open series while the MGA will play a net two front-three back contest.

A three-way tie was featured at the Greenville Country Club’s Men’s Night on Thursday. The format was a Red, White and Blue Superball.

All three teams finished the round with a score of 28. Twenty-four teams participated.

The format for the June 17 date will be a four-man Texas Scramble. The field will be limited to 24, all members. Contact the golf shop to sign up and the golf staff will make up the teams.

Delaney won low putts with 12, followed by Newbold with 15 and Pruitt with 16. Delaney had a pair on birdies, on the third and eighth holes. The former was a chip-in, and she added another chipper on the third hole.

Greenville native Cameron Hardison follows through on a swing during the Bojangles Open last weekend at Cutter Creek in Snow Hill.

Greenville native Cameron Hardison follows through on a swing during the Bojangles Open last weekend at Cutter Creek in Snow Hill.

Cutter Creek Golf Club was part of the local sports scene stirring back to life recently, and a Greenville resident nearly won the event held at the Snow Hill course.

Hardison, who attends J.H. Rose, was tied for first place at the end of the first round after shooting a 70. He had four birdies in the first 12 holes, including one on the par-3 eighth hole.

“My putting was definitely the best part of my game today,” he said in a release following Round 1 at Cutter Creek’s par-72, 6,890-yard layout.

Hardison then shot a second-day 72, putting him at 2-under par. Matthews native Colin Salema, 14, and Michael La Sasso from Raleigh each shot 3 under.

Salema’s second-day total of 70 forced a sudden-death playoff against La Sasso (72-69). Salema captured the championship on the third playoff hole.

The tourney featured players from Greenville, Winterville, Ayden, Washington, Williamston, Kinston and other cities. It was open to any male amateur golfer ages 13 to 18 as of June 1, 2020, who has not started college and is a legal resident of North Carolina.

La Sasso’s final round included a back-nine 30 that featured seven birdies to force the extra holes. Each player posted par on the first two playoff holes.

After Salema sank his putt for par on the third playoff hole, Salema clinched his first-ever TYGA victory.

“It feels great,” he said. “I didn’t really set many expectations going in not having played in a tournament since January, so I just came out and had fun. It was a great week.”

Mazzy Marston smiles as she runs in the infield during practice for First Bank at the Sara Law Softball Complex on Wednesday. Pitt County Girls Softball League games are scheduled to begin Monday.

Players from Kiwanis and Brown & Wood line up for the start of the first Greenville Little Leagues game on Friday.

Reagan Peel tosses the ball while playing first base for Carolina Vision Care during a Wednesday evening practice at the Sara Law Softball Complex in Winterville.

Olivia Draughon makes contact with the ball during a practice Wednesday for First Bank of the Pitt County Girls Softball League.

Caroline Newsome swings at a pitch during practice at the Sara Law Softball Complex on Wednesday in Winterville. Pitt County Girls Softball League games are scheduled to begin Monday.

Kiwanis players with Greenville Little Leagues warm up between innings at Elm Street Park on Friday.

Mazzy Marston smiles as she runs in the infield during practice for First Bank at the Sara Law Softball Complex on Wednesday. Pitt County Girls Softball League games are scheduled to begin Monday.

Kiwanis players with Greenville Little Leagues warm up between innings at Elm Street Park on Friday.

There is value in the badge.

Games have started for Greenville Little Leagues baseball under new COVID-19 safety rules that include each player having one badge per game to give to a designated fan representative. The badge must be worn with a lanyard and displayed to serve basically as a ticket to Elm Street Park, which is currently allowing only 25 fans at games. Support staff members, like a site coordinator and volunteers to track pitch counts, do not count toward that number.

A damp early part of Friday didn’t deter Kiwanis and Brown & Wood from beginning as planned at 4 p.m., kicking off a full slate of games Friday and Saturday for an unprecedented mid-June start to the season.

“They’ve had so much energy to burn off,” longtime GLL commissioner Brian Weingartz said of the pre-teen players.

Teams in the Pitt County Girls Softball League have been practicing in preparation for games to begin Monday in the 6U, 8U and 10U divisions. The season is slated to last into late July.

Practices at the spacious, four-field Sara Law Softball Complex in Winterville helped prepare for the unknown that will likely exist for the start of games. Bleachers already were blocked off to help promote social distancing.

“Practices are supposed to go an hour and 30 minutes, but we’ve been cutting them so the last 15 minutes is dedicated to cleaning to prepare for the next group coming in,” PCGSL board member and secretary Emery Smith said. “We’re all signing a waiver and I don’t really know what it will look like next week, but the big thing is maintaining social distancing and making sure that our parents are spread out between all fields. A big thing is to not congregate out there, but I’ve seen a difference and you can tell people are mindful of the situation.”

Some Little League parents said Friday that they will alternate who gets the badge to attend games.

“We’ll alternate and we’ll divide and conquer, because what is most important is that they are playing,” said Kim Chambers, whose son, Caleb, is on the Kiwanis team. “He loves coming here and we’ve been ready for him to play. The Weingartz family and the league and the city have done a great job getting this ready so that they can play. We want them to be able to play. It’s about them and not us.”

The Greenville Area Summer Swim League season was suspended. Board members plan to meet later in June to discuss the possibility of resuming for a shortened season.

Sports slowly coming back has brought about various forms of excitement and anticipation. For Weingartz, the task of distributing player uniforms was extra enjoyable.

“It does seem a little bit different, because this time there was just so much anticipation,” he said. “Handing out uniforms is sometimes drudgery, but this year, it’s really been a lot of fun.”

Weingartz has remained consistent in his message that kids are excited to play and that parents need to adhere to social distancing rules.

The open-air bullpen extensions to the dugouts allow for more players to space out and stand and watch while they are not on the field.

“Between the lines, everything should be good,” Weingartz said. “The umpires might be a little rusty, but they’re ready. The biggest concern we have is there are a lot of places from outside the fence where you can see the game pretty good. We’re trying to get the word out to people that we do not want 25 to 50 or 100 people standing behind the fences, especially at Elm Street. ... They do not want people out there and congregating and watching the games outside the fence, so we are streaming all the games both at Elm Street and the Perkins Complex. It’s not as good as being there, but it’s the next best thing.”

Gavin Williams gets ready to pitch during a game at Clark-LeClair Stadium in the 2019 season.

There was trade-off for East Carolina baseball during the Major League Baseball draft late Thursday night, when hard-throwing pitcher Gavin Williams sealed his return to ECU for another season but one of the Pirates’ top recruits was selected by the Chicago Cubs.

Williams had draft interest and conversations with big league clubs for the second time in his career, yet he was not selected during the five-round draft and will be a junior again for the Pirates in 2021. He also was picked in the 30th round by the Tampa Bay Rays in 2017 out of Cape Fear High School, but he chose college baseball over turning pro.

Another return to college for the right-handed Williams gives the Pirates a potential veteran weekend rotation that also includes Jake Kuchmaner and Tyler Smith for next year. Lefty C.J. Mayhue was a freshman All-American this year.

Pirate junior Alec Burleson was drafted during second round compensation picks by the St. Louis Cardinals. ECU recruit Koen Moreno, a pitcher from Panther Creek High School, went in the fifth round to the Chicago Cubs. Both players are expected to sign with their professional clubs.

Amid multiple injures, Williams has been limited to five career starts and 38 total appearances with 70 strikeouts, 32 walks and one save in 68 innings. The 6-foot-6, 240-pounder has been clocked at throwing 100 miles per hour multiple times, including in the championship game of the 2019 NCAA Greenville regional when he started and tossed the first 3.1 innings with one run allowed.

He was slated to be ECU’s opening day starter this year as part of a weekend rotation with Kuchmaner and Smith, but a preseason hand injury halted those plans and limited Williams to two relief appearances in the shortened season. He produced three scoreless innings with two hits allowed, five strikeouts and two walks.

In conjunction with a gift from Max R. Joyner, Sr., and as part of East Carolina University’s ongoing capital campaign, the Pirate Club announced Friday the naming of ECU’s softball stadium as the Max R. Joyner Family Stadium.

Joyner, a Greenville native and lifetime member of the Pirate Club, graduated from ECU in 1955 with a degree in business administration after a stint in the United States Army. He and his late wife Kitty have been extremely active in all areas of the institution and have served in a number of leadership capacities. They have donated more than 50 scholarships benefiting students, and Joyner earned the Virgil Clark ’50 Distinguished Service Award in 2015.

The Pirates’ softball stadium has undergone aesthetic improvements in recent years, including new backstop padding, artificial turf in foul ground and a full enclosure of the hitting cages. 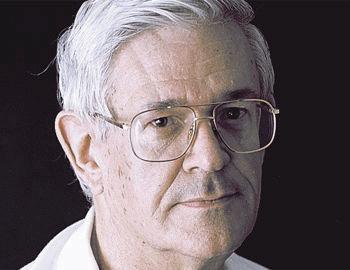 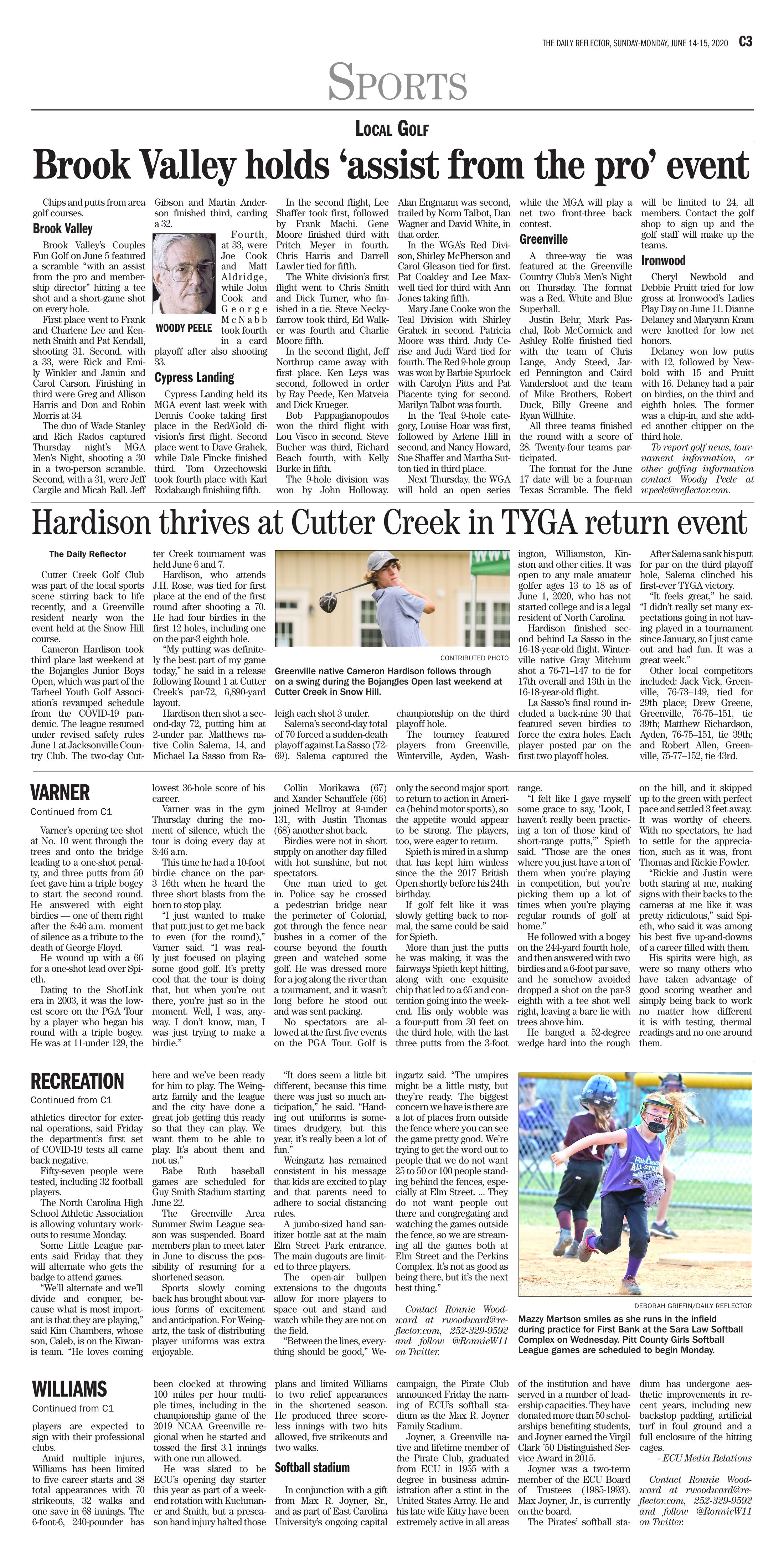