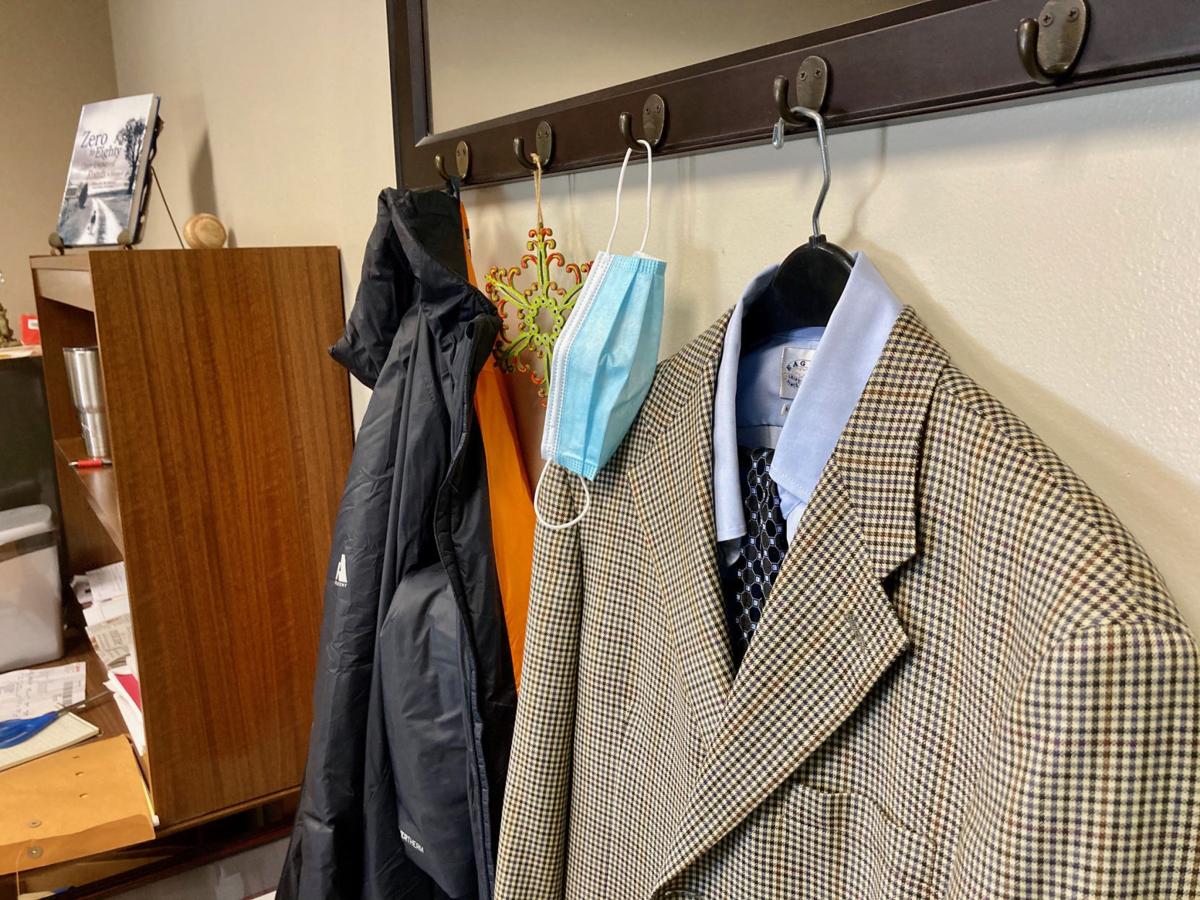 The old houndstooth coat and tie have not been off of the office hanger in more than a year.

When the pandemic started, I thought that things most likely would get back to normal very soon. Now we know that many aspects common to our previous daily lives may never seem the same.

Some of those things I have not completely missed.

Handshaking is one. My minister father taught me from childhood that a firm handshake communicates something positive about a person’s character and that the opposite is true of the perception transmitted by a “dead-fish handshake.”

Although I have never shied from that longstanding traditional greeting, it turns out that I can live without it. In normal times, my thoughts after a handshake immediately turn to washing my hands as soon as possible.

I kind of learned that from my father, too. After his Sunday sermon, he’d walk to the vestibule during the closing hymn so that he could shake everyone’s hand as they left the sanctuary.

When the last parishioner had left the building, Dad would say, “Wait in the car. I’ve got to go wash the shake off my hands.”

I have not had to wash the shake from my hands for nearly a year. And there is nothing to indicate that keeping my hands to myself has caused me to misjudge anyone’s character one way or the other.

It has been reported that snow days might be a thing of the past after the pandemic. If that’s correct, I, along with most of the country’s school children, will miss those wonderful days of freedom and laziness.

When I started working at the community college five years ago, it was January and snowy and I was paid for sitting at home during six of my first 10 days on the job. Now that the education culture includes the ability to work and learn from home if need be, snow might never look quite as pretty coming down on a Sunday evening.

I will gladly give up snow days, however, if the work-at-home option also means that fewer people will be coming to work sick. Nothing is worse than being trapped in a cubicle beside a sneezing and coughing coworker separated only by an 8-inch wall and a pile of spent tissues.

I will not miss large crowds. Someday, when people resume the habit of assembling in sweaty, congested multitudes — often for days on end — I hope that I will have survived the pandemic so that I might read about it.

Neckties also can remain in the closet for all I care. I keep one in my office for formal work assignments. I can be thankful that even before the pandemic, those formal assignments were so rare that the necktie fashion trend might change from wide to thin and back to wide again before the next such assignment.

I was not always able to be so casual at work and I have accumulated a large collection representing various trends in neckties. I would be happy to use them all as a tail for a kite, fly it into the clouds and cut the string.

On the other hand, I would welcome a coat-and-tie work assignment that required shaking hands with every ticket holder entering a sold-out college football game if it would mean this thing is over.