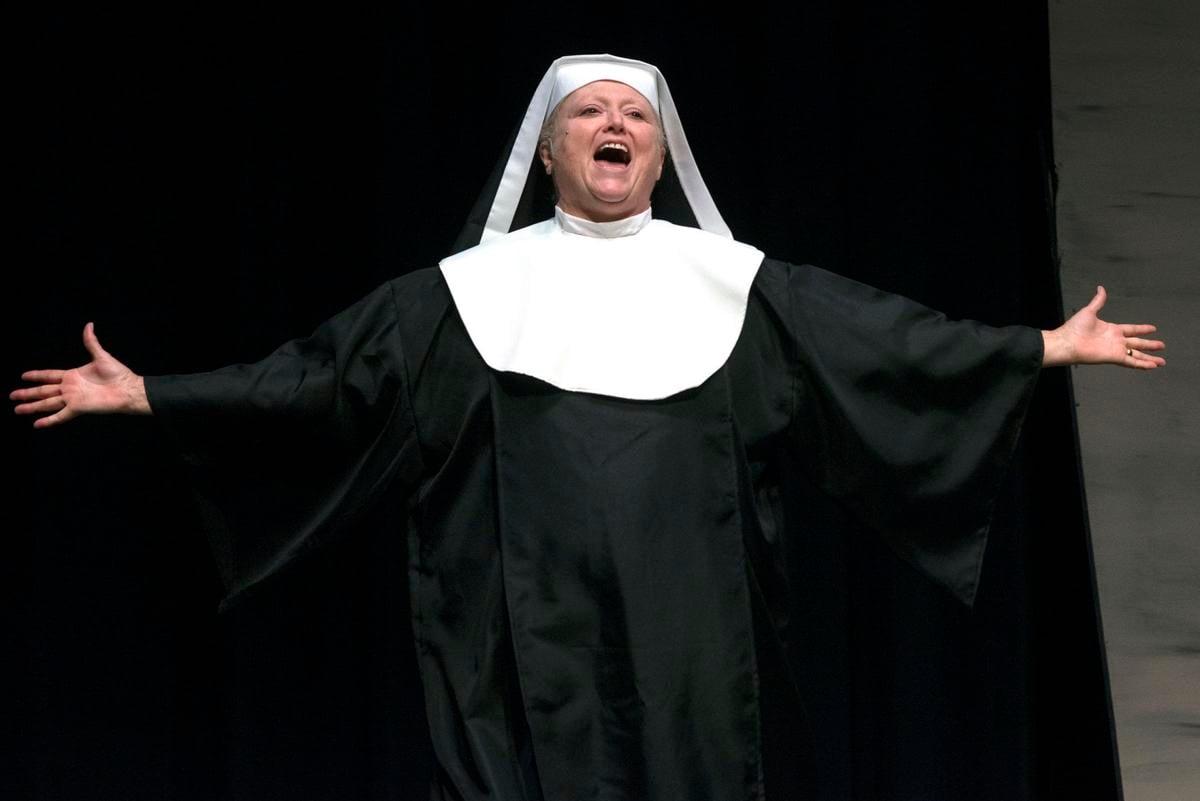 Sister Margaretta, played by Jeneane Everett, sings about the mischievous Maria in a scene from the musical, TheSound of Music. 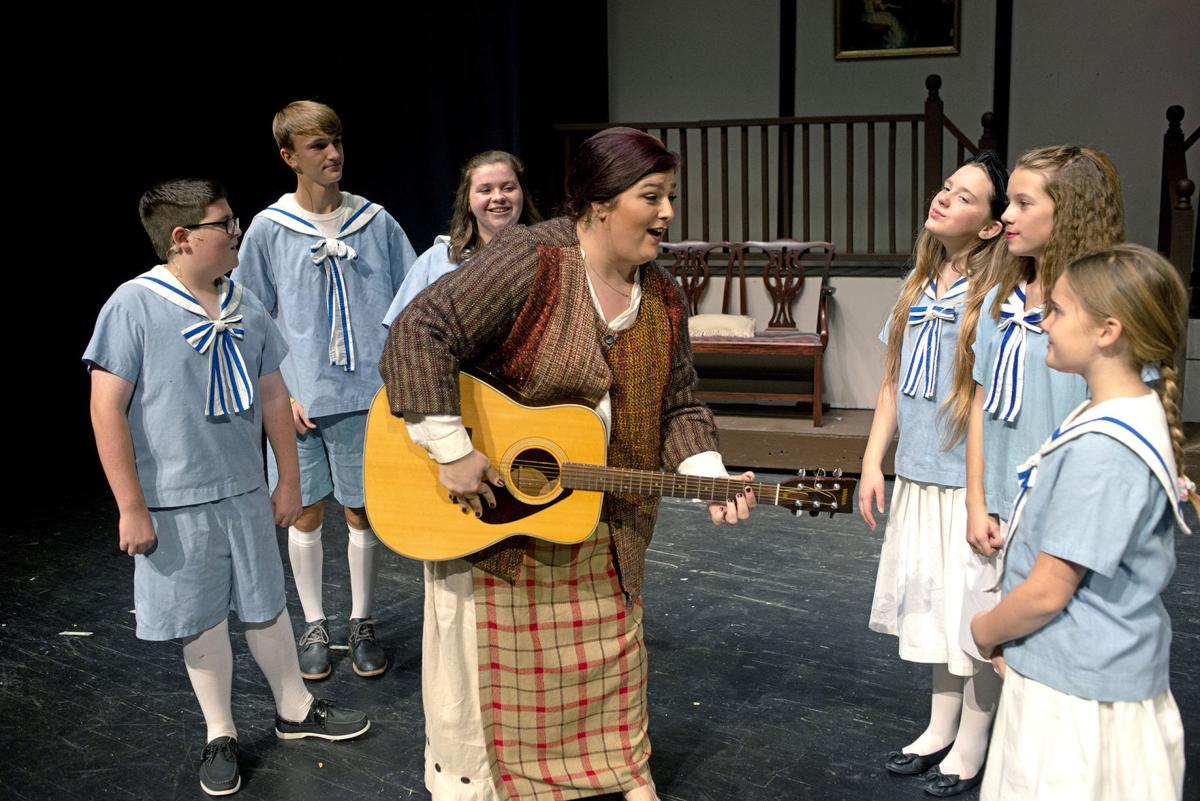 In a scene from the musical, The Sound of Music, Maria, played by Mary Frances Rochelle, teaches the Von Trapp children how to sing Do Re Mi. 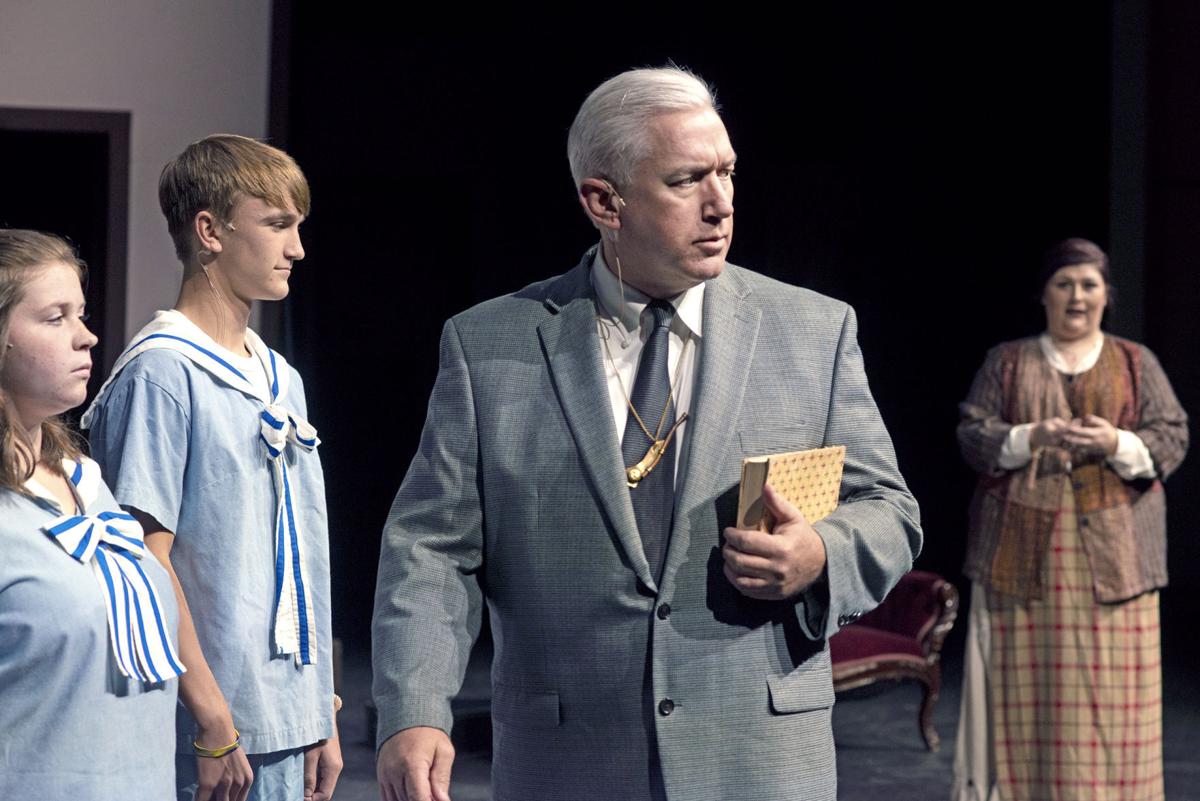 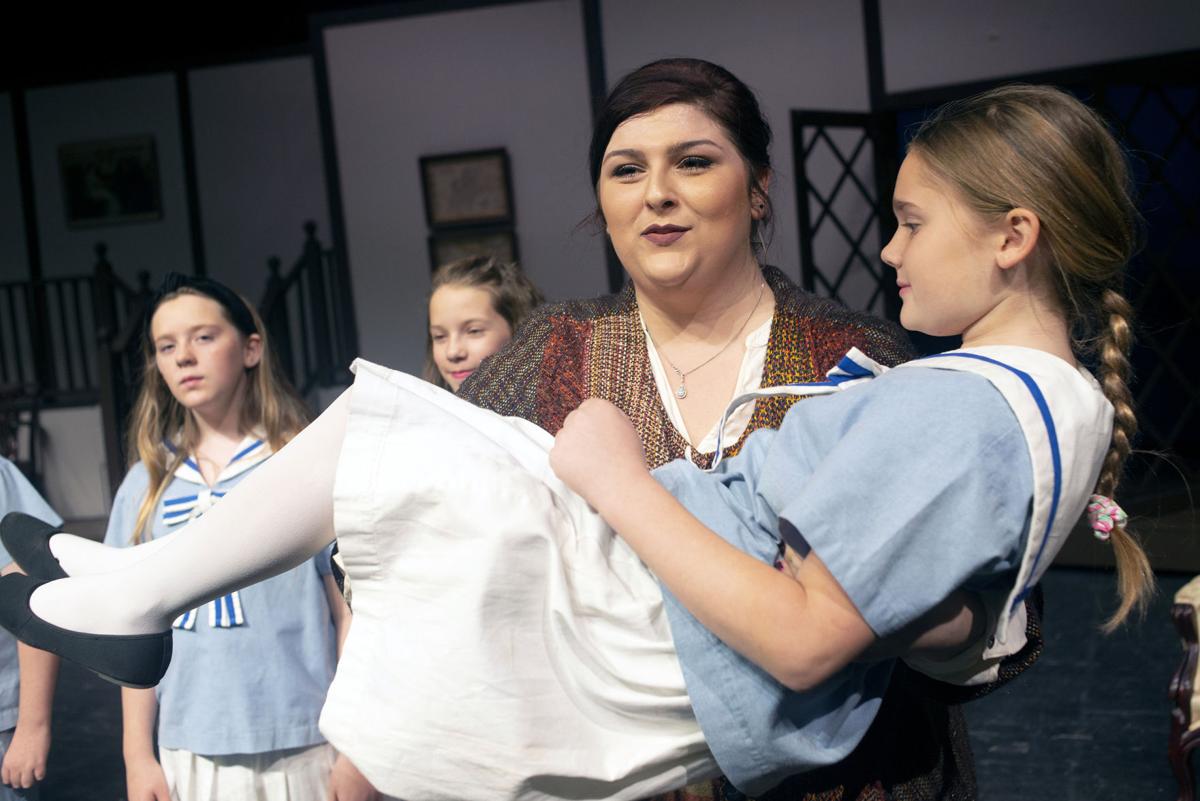 In a scene from the Sound of Music, Maria, played by Mary Frances Rochelle, teaches the Von Trapp children how to sing Do Re Mii, as she picks up Gretl, played by Kerigan Styons. Brigitta, (Mackenzie Styons), left and Marta (Kati Beth Speller) Von Trapp stand behind Maria.

Sister Margaretta, played by Jeneane Everett, sings about the mischievous Maria in a scene from the musical, TheSound of Music.

In a scene from the musical, The Sound of Music, Maria, played by Mary Frances Rochelle, teaches the Von Trapp children how to sing Do Re Mi.

In a scene from the Sound of Music, Maria, played by Mary Frances Rochelle, teaches the Von Trapp children how to sing Do Re Mii, as she picks up Gretl, played by Kerigan Styons. Brigitta, (Mackenzie Styons), left and Marta (Kati Beth Speller) Von Trapp stand behind Maria.

WILLIAMSTON - Martin County will soon be alive with the Sound of Music… finally.

Last year, Martin County Players were set to perform The Sound of Music, when COVID curtained the musical.

“This has been a year-and-a-half in the making,” Martin County Players Director Andy Weaver said. “We were four days away from opening night in March of 2020 when the governor shut down the schools.”

That included Martin Community Players because the auditorium where they perform is on the campus of Riverside High School.

After 10 weeks of practice, the 45-member cast had to shelve the musical.

“I had a whole cast that was just devastated,” Weaver said. “If we had any warning, we could have done the show a week earlier. We were ready.”

He tried to schedule it two other times since.

When he found out schools were going to be allowed to be open in the fall of 2021, he devised a plan.

“I said, ‘We’re going to do this. What a great kick-off to Christmas. Let’s do the show the first week of December and give everyone a great feeling going into the Christmas Holidays.’”

Although not traditionally a Christmas show, one of the songs, “My Favorite Things,” is often on people’s Christmas playlists.

The tune was heard for the first time in the Broadway production of the musical, which opened on Nov. 16, 1959.

The film starring Julie Andrews as Maria was released April of 1965.

An enduring classic, the nearly three-hour-long movie was nominated for 10 Academy Awards and won five.

The MCP production is about as long as the movie, Weaver said.

He said the casts’ momentum, although interrupted, was still there.

“We started re-rehearsing October 4,” he said.

Weaver said only about seven out of 45 did not return from the original cast. He quickly found replacements.

The show must go on — despite COVID.

“We have been extra careful [at practices],” Weaver said, using a digital thermometer to check everyone who walks in.

“When we first started practices, we only had them three nights a week. I wanted to give everybody a chance to wean themselves back into it,” he added. “I didn’t want to ram it down everybody’s throats. It came back quickly for everybody.”

With this show, Weaver said, “everything is new. In the past, musicals have been only three shows. We expanded this to

five, just in case we were given capacity limits on the auditorium. Right now, it doesn’t look like that is going to happen,” Weaver said.

But, because the auditorium is on school grounds masks will be recommended for patrons, he added.

“We will have ushers helping with the six-foot distancing. It’s what we have to do,” he said.

With five shows, “We encourage anybody who wants to, to come more than once. They will not have to pay a second entry fee. All they have to do is hold onto to their ticket stub,” Weaver said. “We encourage people to come multiple times. We have just waited so long to do this.

“I really think this is going to be huge — because people have been waiting for it for so long,” Weaver added.

A month ago, Weaver said the cast learned of the death of Allan “Oz” Osbourne, who, for 25 years taught at Martin County Schools. He was founder and director of Martin Community Players. When he retired in 2006, he and his wife moved to Pennsylvania. He passed away Oct. 22.

Many of the Martin Community Players remember him fondly, including Weaver.

In fact, Weaver followed in his footsteps as director.

At practice Weaver said, “Oz is gone. But he lives on in this auditorium. Because every set piece we use — they were set pieces that he created.

“I told them, ‘Oz is in this auditorium, and he is watching everything we do. He was such a great mentor for me.

I had no idea that when he left, I would step into his footsteps.’”

Weaver said he was reluctant to direct because he enjoyed being on stage.

“But I have gained so much more from being able to direct,” Weaver added. “I have really enjoyed it.”

Weaver has been involved with Martin Community players 28 years. His wife, Harriett, is set designer.

“We work hand-in-hand doing this,” he continued. “We have literally spent our married life in this auditorium. A week before we got married, we were doing ‘The Mousetrap.’”

Weaver said The Sound of Music may be overdue, “but, this has been such a fun show since starting in 2020. It’s just all falling together now. It’s such a great show.

“Because everybody knows it — whether you have heard the songs a thousand times — what can only make it better is seeing it live,” he added.

Deborah Griffin can be reached via email at enterprise@ncweeklies.com.