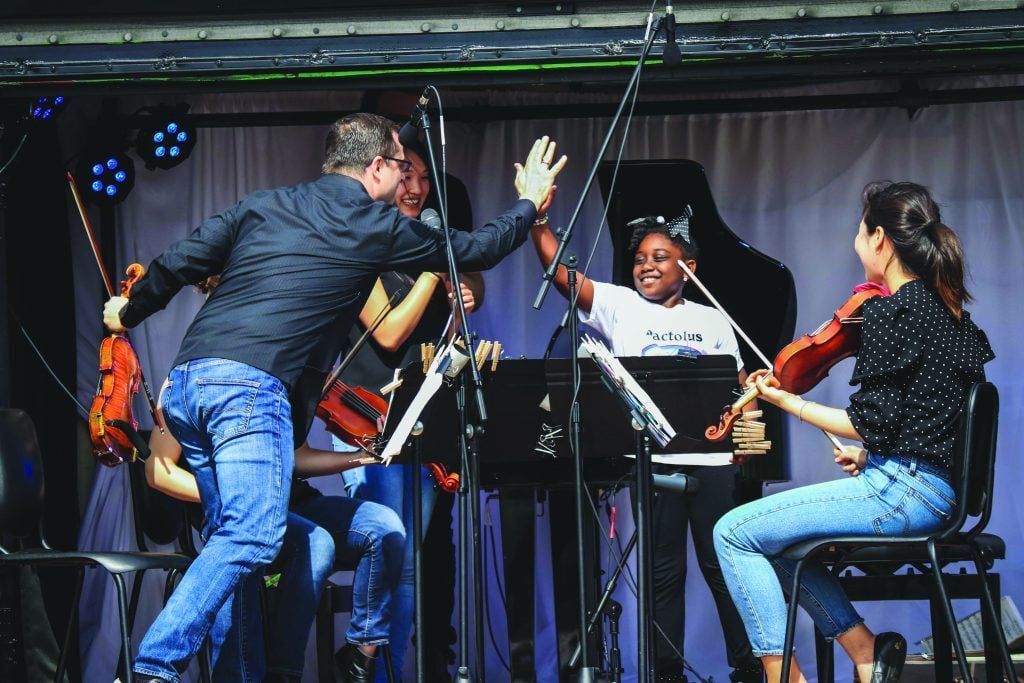 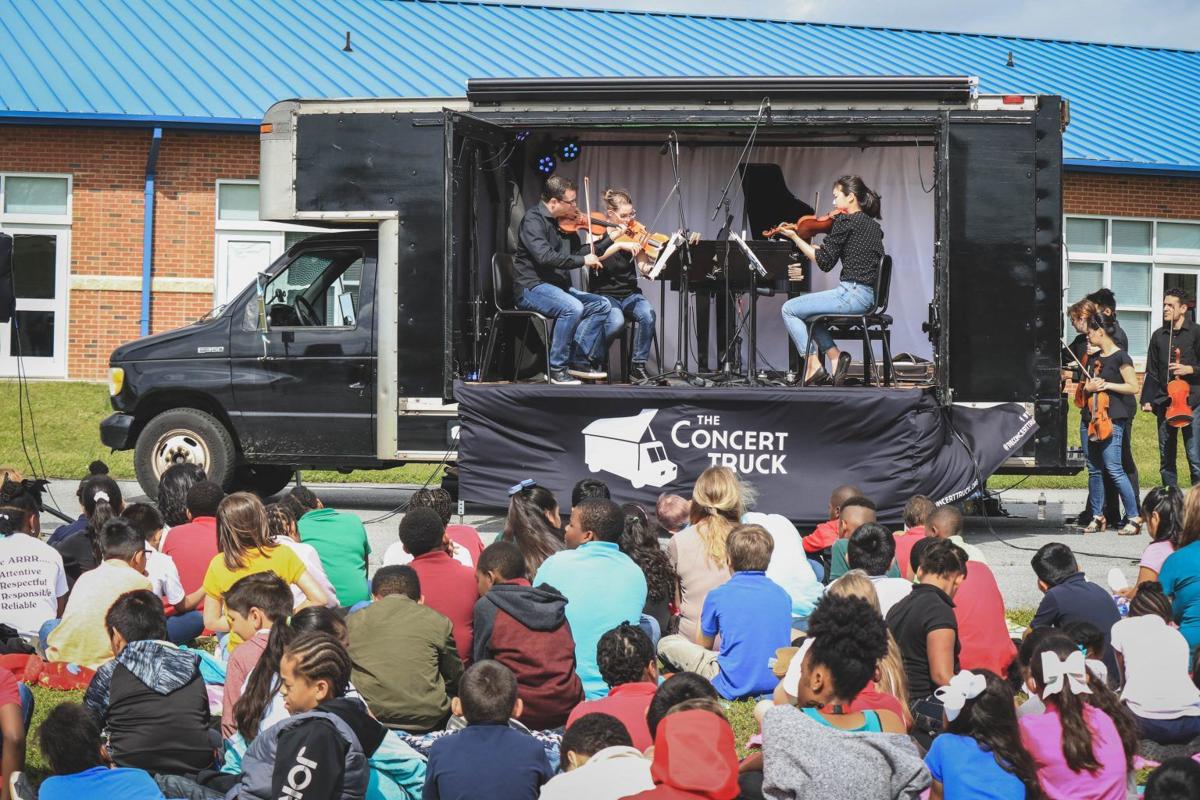 The Concert Truck was able to perform to crowds before the pandemic, but today such events have been replaced by virtual presentations and socially distanced, limited-attendance outdoor events.

The Concert Truck was able to perform to crowds before the pandemic, but today such events have been replaced by virtual presentations and socially distanced, limited-attendance outdoor events.

Years after ECU’s chamber music series started introducing classical compositions in local elementary school classrooms, it looked like the coronavirus pandemic might just stop the music, at least for a season.

Many schools across the state and nation remain closed, and, at those that have reopened, assemblies are still off-limits and field trips forbidden. But during closures, a new video series has opened up an opportunity for the Four Seasons Chamber Music Festival to extend its reach.

“We’ve also have always had a children’s residency where either we’ve gone to schools or we’ve brought students to campus,” Four Seasons Managing Director John Holloway said. “Of course, that can’t happen either, so this is our way of trying to reach children in this virtual world in response to the pandemic.”

So far, more than 150 teachers across North Carolina have requested the children’s series to show to some 35,000 students. Four Seasons has received inquiries about the free videos from nearly a dozen states, including Michigan, Florida, Colorado and Texas.

“One of Four Seasons’ missions is to bring great music and musicians to everyone, especially young people,” said Four Seasons founder and Artistic Director Ara Gregorian. “I am so happy that we have touched the lives of over 35,000 young students (and counting!) throughout our state, and am excited to continue to bring these concert shows and all that we do to as many people as possible.”

The videos are produced in concert with the Baltimore, Maryland-based nonprofit known as The Concert Truck. The four-part series, based on the building blocks of music, also gives students a virtual front-row seat to excerpts of chamber music concerts featuring world-renowned musicians.

Susan Zhang, who co-founded The Concert Truck with fellow pianist Nick Luby, is one of the narrators of the child-friendly series, which focuses on rhythm, harmony, melody and storytelling.

In the early days of the pandemic, The Concert Truck, which has been touring the country to perform since 2016, was mostly parked. Appearances, like the ones scheduled last spring with Four Seasons, were canceled because of public gathering restrictions associated with COVID-19. The pandemic proved to be a catalyst to move the musicians into a more digital direction.

“That was a whole new world for us because neither Nick or I had any experience in videography or editing,” Zhang said. “I definitely did not expect to reach that many children.

“I remember being a kid and watching Bill Nye, ‘Reading Rainbow’ and Mr. Rogers and feeling so attached to those characters, those people,” she said. “Just the thought that we could be those people in the music realm, that’s pretty wild.”

Jessica Sherrill, a music teacher at St. Peter Catholic School, said the videos have been a hit with her students.

“These are just incredible,” she said. “They are goofy enough to really entertain the students but also provided so much information in a relatable and accessible way that it’s fantastic to watch.”

One episode, which features Luby’s off-beat dancing to illustrate absence of rhythm, inspired Sherrill’s students to show off some dance moves of their own during a video conference with the artists.

“It’s been really cool that they’ve gotten to see these musicians in a new light,” she said. “It was a fantastic opportunity that they wouldn’t necessarily have gotten otherwise.”

Still, Sherrill looks forward to the day that the guest musicians are able to return to campus.

“We will love to have them back when we are able to,” she said, “absolutely.”

Zhang is eager to return as well. In recent months, The Concert Truck has been in demand as outdoor venues are considered not as likely to promote the spread of the virus. The truck is scheduled to make a few limited-attendance, late-spring appearances in Greenville and Raleigh as part of the Four Seasons series.

But Holloway said the return to in-person performances will not put an end to the series’ digital development.

“We’ve wanted to do something like this for years,” he said of making Four Seasons accessible beyond eastern North Carolina. “We know we have something really special here. We want to make it available to everyone, and this is the way to do that.

“The pandemic has forced us to to kind of created a digital format, so we’ll keep it.”