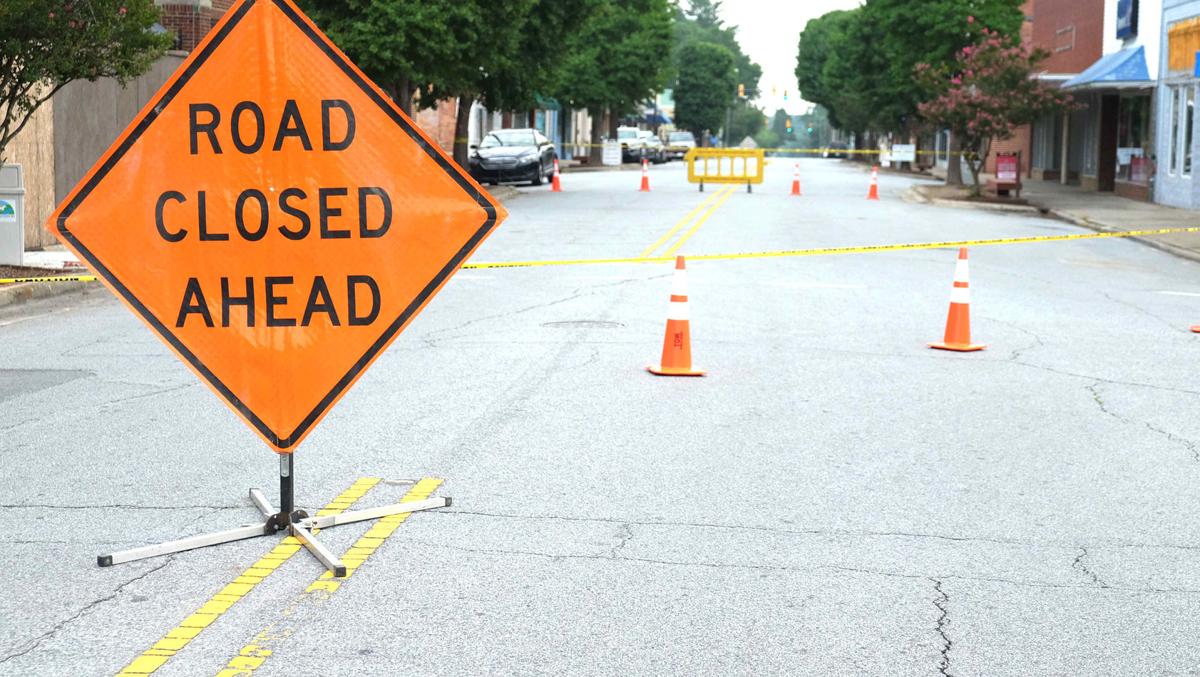 Main Street in Williamston is closed in front of the old Tarheel Apartments. 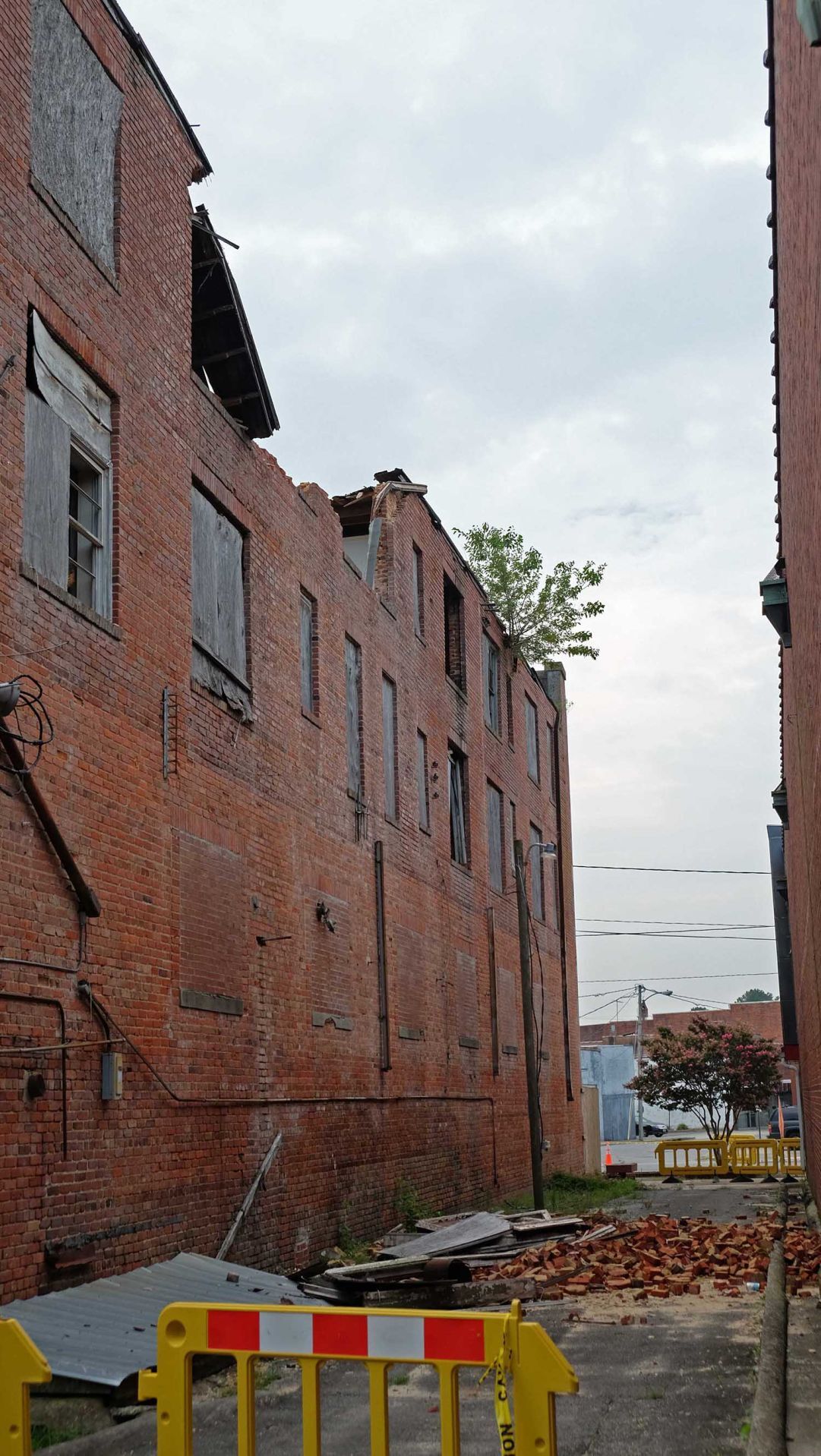 Part of the roof of the old apartment building has collapsed.

Main Street in Williamston is closed in front of the old Tarheel Apartments.

Part of the roof of the old apartment building has collapsed.

According to Williamston Town Clerk Jackie Escobar, the closing of portions of Main Street and the parking lot were done pending an inspection of the building by North Carolina Department of Transportation engineer.

The current detour closes a portion of Main Street from the former His and Ours Skating Rink to the Schewel’s Furniture Store at Washington Street. Those wanting to enter downtown may do so by rerouting using Smithwick Street.

“Other businesses in the detoured area, such as Domino’s may be accessed by foot. We are currently awaiting the engineer’s report,” said Escobar.

SS Custom Cycle, Inc. Owner, Shane Scalpi, who owns the building adjoining the old Tarheel Apartment Building says the situation is frustrating and should have been resolved before now.

“While we are aware that our building could potentially be damaged during the demolition, at no time until seeing the previous article has anyone from the town informed us that our town is being considered for demolition,” said Scalpi in reference to last week’s story in The Enterprise.

“The statement that this has only occurred over a couple of weeks is absurd. We ourselves have notified Zack Dickerson by email with concerns and photos months back, and have notified them several times since about the interior collapsing on multiple occasions.”

“This includes the original front barricades falling onto the sidewalk. It would have killed anyone walking by. Thankfully it didn’t,” he added.

Scalpi said he had talked to his insurance company, and he would not received any assistance or reimbursement if his business has to be demolished along with the old Tarheel Apartment Building. He would received assistance only if his building was damaged during the demolition of the building next door only.

According to Scalpi, town officials have been well aware of the roof falling for years, and have done absolutely nothing to stabilize the building.

“We actually privately hired the town’s building inspector to inspect our building prior to purchasing the property. There was nothing in his report about the adjoining wall. Nothing about the attached buildings state of deterioration. We only recently found out that our interior wall was the adjoining buildings exterior wall,” he continued.

Scalpi said he had a discussion with several officials in the town that told he the town manager’s office was aware, and had previously sought estimates for both demolition and roof repairs.

“We were told that the officials determined it was too costly for either option and obviously they did nothing,” he continued.

Scalpi said he had invested over $150,000 between the purchase and renovation of the building. He said he would be at an immense loss of revenue if he needed to relocate his business.

“I hope the town manager has enough common sense to hire an actual engineer firm to oversee the project, and isn’t going to hire some contractor with an excavator to have at it,” he added.

According to Scalpi, there were over 100 people evaluating the building on Tuesday, July 13.

“Improper building code enforcement over the year’s and poor town management has gotten us to where we are at now. Doing nothing isn’t the answer. It has allowed the downtown to fall in such a state of disrepair, it’s shameful. The answer can’t be demolition of each building as they are allowed to fall into the streets, unless their intent is to see downtown Main Street as a complete green space,” he concluded.

Officials with the town of Williamston declined to comment on Scalpi’s comments.