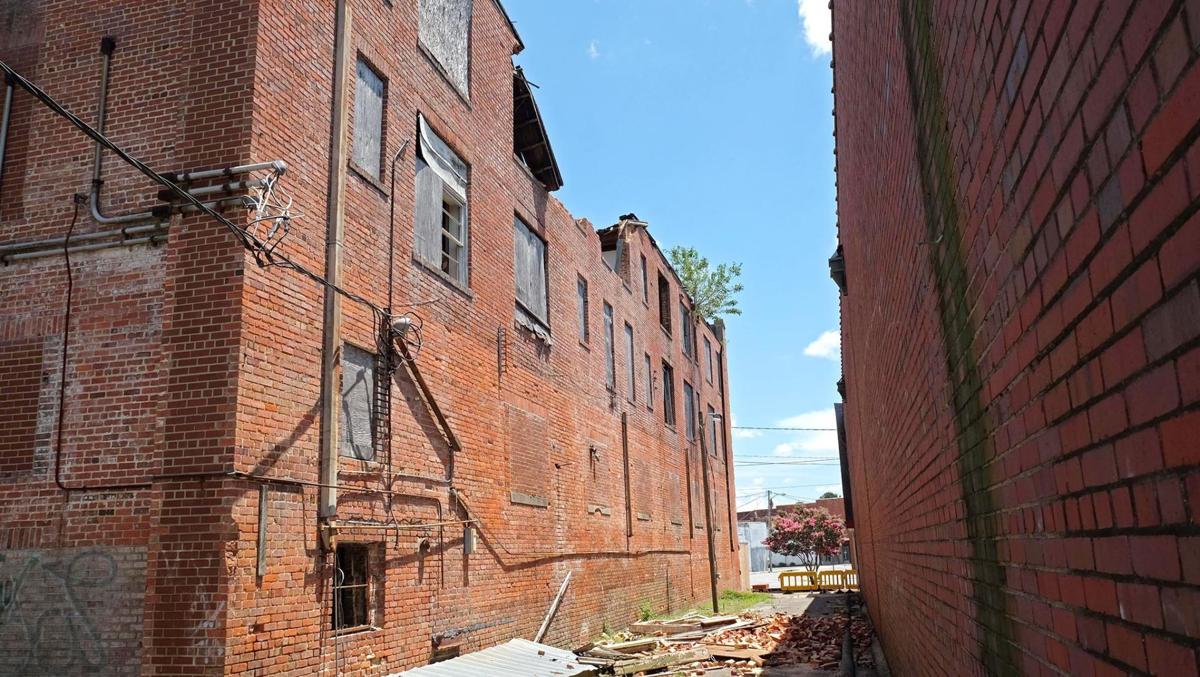 The sidewalk and alley around the former Tarheel Apartments has been barricaded by the town of Williamston for the protection of those walking downtown. The building has caused bricks to fall within the alley. 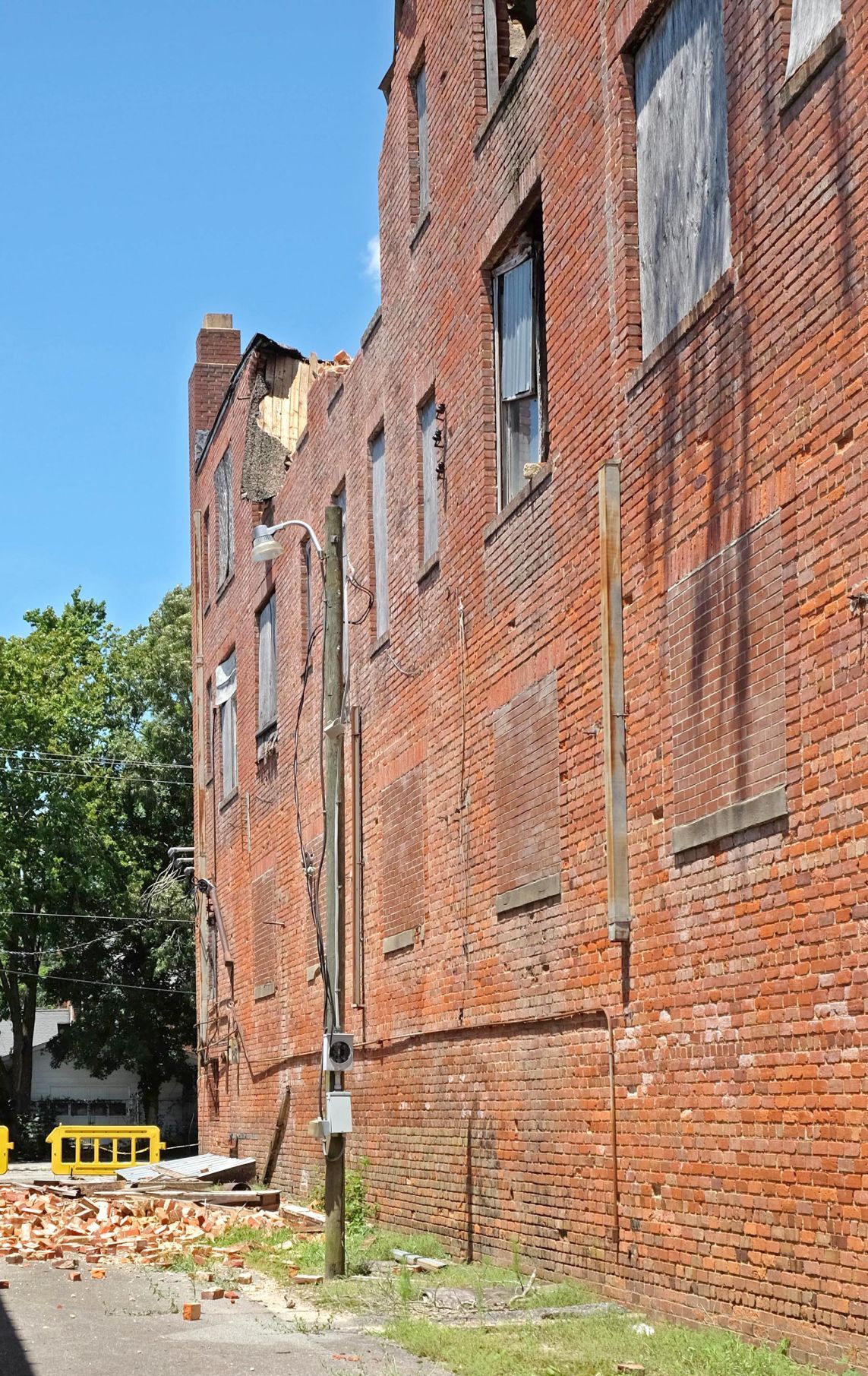 The roof of the former Tarheel Apartments began caving in several weeks ago, and has continued to deteriorate. The town of Williamston is working with Martin County Government to have the building deemed as condemned and demolished.

The sidewalk and alley around the former Tarheel Apartments has been barricaded by the town of Williamston for the protection of those walking downtown. The building has caused bricks to fall within the alley.

The roof of the former Tarheel Apartments began caving in several weeks ago, and has continued to deteriorate. The town of Williamston is working with Martin County Government to have the building deemed as condemned and demolished.

WILLIAMSTON - The town of Williamston Commissioners heard an update from Williamston Planning and Downtown Marketing Coordinator Zach Dickerson on the fate of the former Tarheel Apartment Building on Main Street.

“I have some not so great news, so I will make this short,” said Dickerson.

The roof starting collapsing a few weeks ago and, according to reports, the condition of the building continues to slowly deteriorate.

According to Dickerson, he has met with several contractors to help determine the future of the building.

“The front wall of the building is now starting to have a slight bow. It is a large building. It is 22,000 square feet. A large storm could bring it down,” he added.

The town of Williamston has received one bid for the demolition of the building, and is expected to receive another bid soon.

Dickerson said his department has requested the building be deemed condemned by Martin County Government.

“Does this building share a wall with the motorcycle business next door,” asked Williamston Mayor Joyce Whitchard-Brown.

“It does look like it does. We are requesting two prices. One price for just the one building, and a price for both buildings. We have spoke with the motorcycle business owners about checking with their insurance about relocation assistance,” Dickerson answered.

If the two buildings share the weight-bearing wall between the two then both buildings may need to be demolished.

“Could the town be liable for any injury related to the property,” asked Williamston Mayor Pro-Tempore Ronell Rodgers.

“Taking ownership of the building would increase liability, but there is no direct liability at this point. Although a personal injury attorney would file suit to anyone involved if an injury would happen,” said Williamston Attorney Watsi Sutton.

The building currently does not have anyone to claim ownership. The group that once owned the building no longer exists, so there is no owner responsible for the property.

“Are there blinking lights or other security barriers in place around the building.” asked Rodgers?

“I think signs, lights or even a detour would help,” replied Sutton.

Dickerson explained COVID-19 grant funding could possibly be used to pay for the demolition of the building, but the town must be able to show a loss of revenue from the situation.

No action was taken, and the Williamston officials will continue to discuss the future plans for the building.

Also the Williamston Commissioners unanimously voted to make an exception to the occurred expenses for the barricades around the building.

When the Williamston Planning and Zoning Department placed the barricades around the building and tried to secure it, they have acquired an expense of $3,912. This expense could be tacked on to the tax bill for the building. Since there is not an official owner, the town would not receive reimbursement.

The town would show a decrease in tax collection rates if added to the taxes.

Chesson made a motion to make an exception to keep the barricade expenses as a line item for the department and not transfer to tax collections. Rodgers offered a second. The motion was unanimously approved.

The expenses will remain part of code enforcement solely charged as a line item.