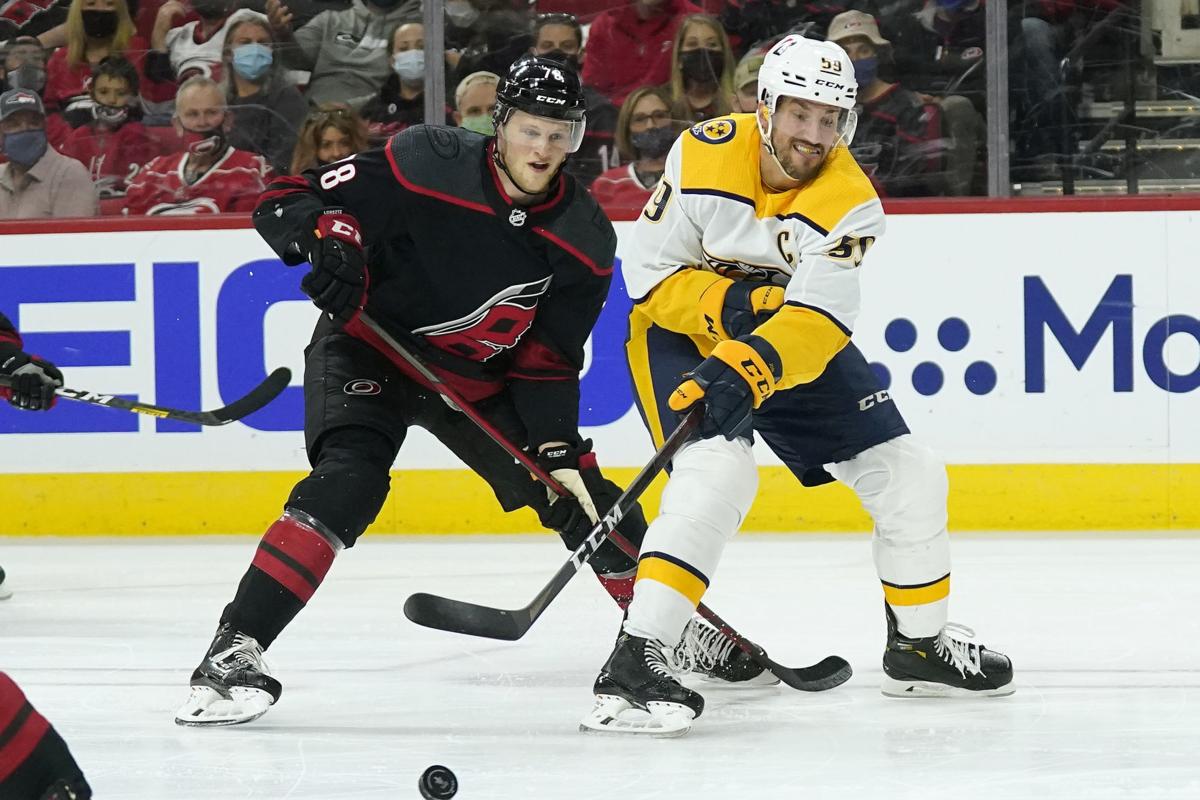 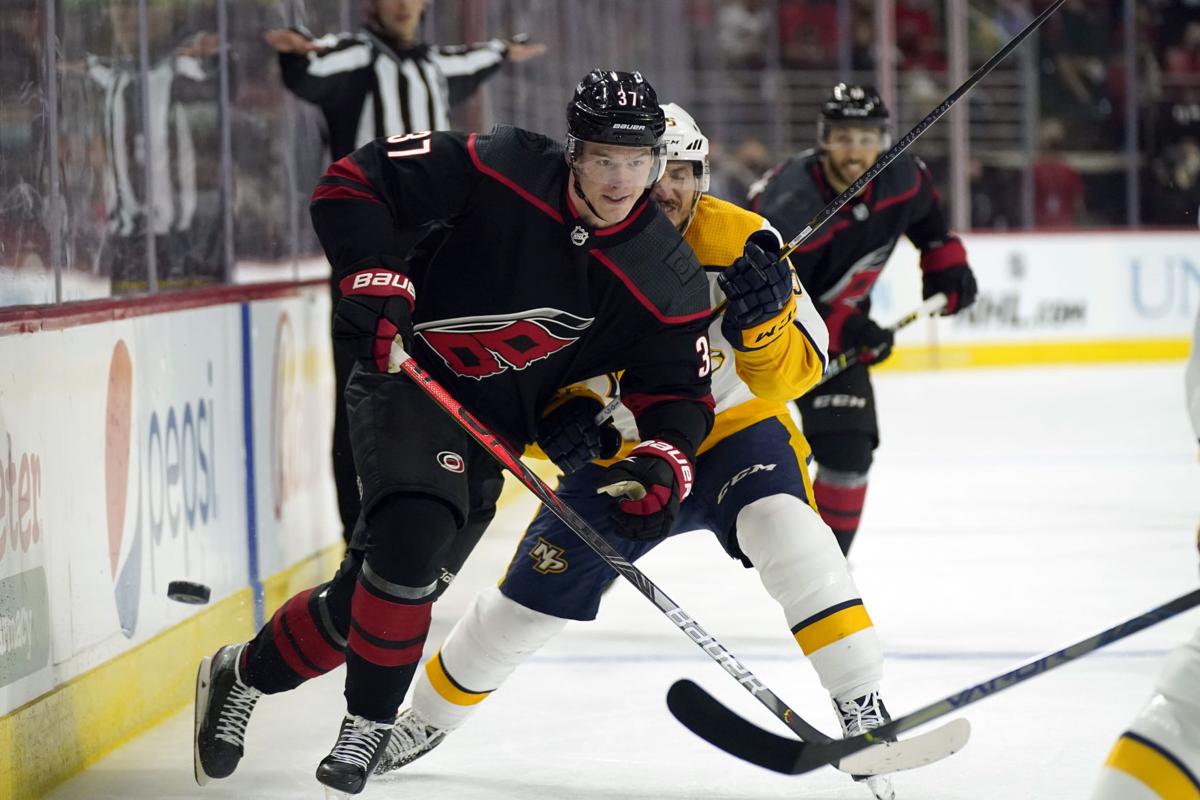 RALEIGH, N.C. (AP) — Alex Nedeljkovic stayed composed and steady all night in net. It's a good thing the Carolina Hurricanes' penalty kill did, too.

That's why they are up 2-0 in their first-round playoff series on the Nashville Predators.

Nedeljkovic finished with 32 saves to lead a perfect showing for Carolina's kill, helping the Hurricanes beat the Predators 3-0 on Wednesday night.

The 25-year-old made his first career playoff start Monday in a series-opening 5-2 win, then found himself under plenty of pressure considering the Hurricanes were called for nine penalties and spent nearly all night protecting a 1-0 lead.

And yet, the Hurricanes turned away all seven power plays despite playing without top-line defenseman Jaccob Slavin.

"It seemed like more than seven tonight," Nedeljkovic said.

Carolina had killed 19 of 20 penalties over its last eight regular-season games, and has killed all 10 in the first two games of this best-of-seven series.

"They're not always going to be pretty," Nedeljkovic said. "Tonight there was a lot of sacrifices around the board there. Guys were blocking shots, guys were diving to make plays, get pucks out — it wasn't our best, but it was a really good effort, a really gutsy effort."

Sebastian Aho scored twice, including when he finally gave the Hurricanes some breathing room by skating down a loose puck to score an empty-netter at 19:07 of the third to make it 2-0.

Warren Foegele added a third goal in the final seconds, a rare success for Carolina against Nashville goaltender Juuse Saros.

The Hurricanes won Game 1 on Monday, scoring three times in the final 20 minutes to break open a 2-2 game. That game included the first for the Hurricanes since the easing of public-gathering restrictions in the state, clearing the way for 12,000 fans to attend and create a rowdy and loud home-ice edge.

This time, that crowd was treated to a physical, feisty and penalty-filled contest in which neither team missed many chances to shove or tug on an opponent's jersey after the whistle.

Saros finished with 28 saves for Nashville, where the series shifts for Friday's Game 3 with the Predators desperate to get something out of their power play.

"We were a better team than we were in the first night," Predators coach John Hynes said. "We obviously know the power play has got to be better. But I think there's a lot of positives going out of this game and then coming home."

Nedeljkovic and Saros were strong all night.

Nedeljkovic made a big save early in the third when Nashville's Luke Kunin skated in on a shift and loaded up a big shot on a clean look. Nedeljkovic gloved it as he ended up sitting on the ice, legs stretched in front of him.

"It's huge when you have a hot goalie, and it's just fun to watch him play right now," Aho said.

As for Saros, he had to make some big stops even when Nashville was on the power play.

That included in the first period when the Hurricanes got a 2-on-1 chance. Saros slid right to stop Vincent Trocheck's shot and then kick away his rebound attempt in a terrific effort, then stopped Aho on a clean look from between the circles on a give-and-go play late in the second.

"They probably had more chances on their power play than we did," "captain Roman Josi said.

Slavin has a lower-body injury that coach Rod Brind'Amour has said will essentially make him a game-time decision for the foreseeable future.

He played 21:25 of ice time on Monday but couldn't go Wednesday. That meant major minutes for defensemen Brett Pesce (28:01) and Brady Skjei (27:44) to grind through this one.

Nashville split up defensemen Roman Josi and Ryan Ellis from the top pairing, with Josi lined up with Alexandre Carrier and Ellis paired with Mattias Ekholm. Nashville also had winger Eeli Tolvanen back in the lineup after he sat in Game 1.

The Predators were without forward Calle Jarnkrok due to a non-COVID illness. Jarnkrok, who played 12:53 in Monday's opener, is considered day-to-day.

Rapper Petey Pablo sounded the pregame storm-warning siren. The North Carolina native is best known for his "Raise Up" song, prominently referencing his home state, that plays after Hurricanes goals during home games.