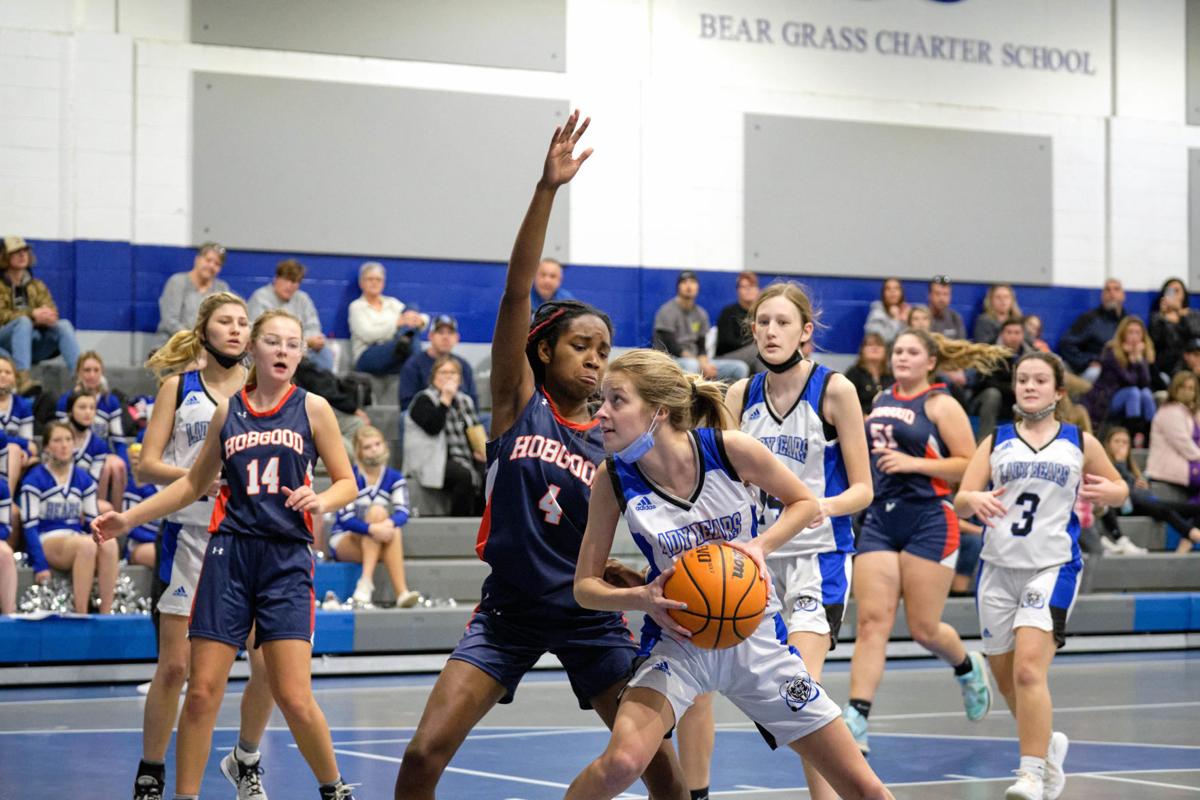 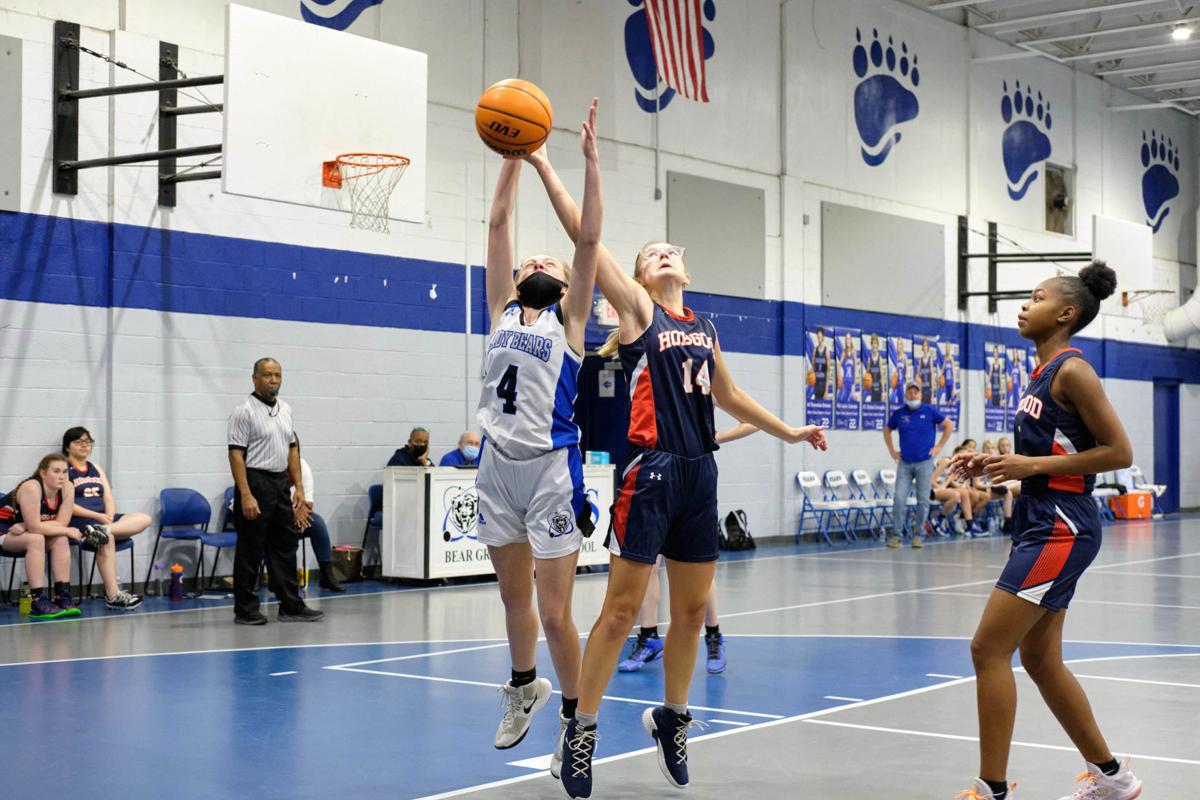 A non-conference rematch between the Hobgood Charter School Raiders girls and the Bear Grass Bears ended with the same results. Bear Grass won convincingly with a score of 43-18.

The Bears won the opening tip-off and scored immediately with a basket from Kendal Furlough, giving them a 2-0 start. Hobgood fouled Lauren Asby while in the act of shooting, and Asby was unable to cash in the two free throws.

Furlough then found a seam in the defense and drove to the hoop. She was fouled but scored the basket. She missed the free throw in an attempt to complete the and-one, and the Bears extended their lead to 4-0.

Raiders’ Janiyah Blanding found the inside of the rim with a 3-pointer minimizing the Bears’ lead to 4-3.

Bears Caroline Hill and Emilee Perry chimed in with a bucket each, ending the first quarter with Bear grass ahead, 8-3.

Turnovers, loose balls and misfires plagued both teams in the first two minutes of the second quarter.

Eventually, Bear Grass was able to score the first two points at 6:14 with a basket from Asby, increasing the lead to 10-3.

The Bear Grass offense monopolized the entire second quarter, and its defense only allowed the Raiders to score one point.

Third quarter game play was less than desirable by both teams. Once again, turnovers, misfires, poor shot selection and bad passes stagnated both teams for the entire third quarter.

Bear Grass was the first to snap out of the dilemma and put two points in the scorebook with a jumper from Holliday with 4:27 left in the quarter.

The Raiders finally countered with a basket from Madison Betts at 2:23, revising the score to 28-6 Bear Grass.

Holliday powered her way to the hoop, scoring two points with a lay up, increasing the Bears lead to 30-6.

Blanding was able to get off a long jumper, just shy off the three-point line, prior to the buzzer ending the third quarter. Both teams could only muster up four points for the entire quarter. Bears Grass maintained its lead at the end three quarters by a score of 30-8.

Less than a minute into the fourth quarter, Hobgood placed Furlough on the free throw line. Furlough successfully made both baskets, increasing the Bears’ lead to 32-8.

Betts then found herself shooting free throws and made one of two attempts, changing the score to, 32-9. Blanding banged another 3-pointer and adjusted the score to 32-12.

Bear Grass was not impressed, as Bembridge scored a quick five points, three of which came from a completed and-one, increasing the Bears lead to 37-12.

Bears’ AnneMarie Cooper scored two points on a mid-range jumper, along with two free throws from Furlough to adjust the scorebook to 41-12.

Betts scored the last three baskets for Hobgood and increased its points to 41-18.