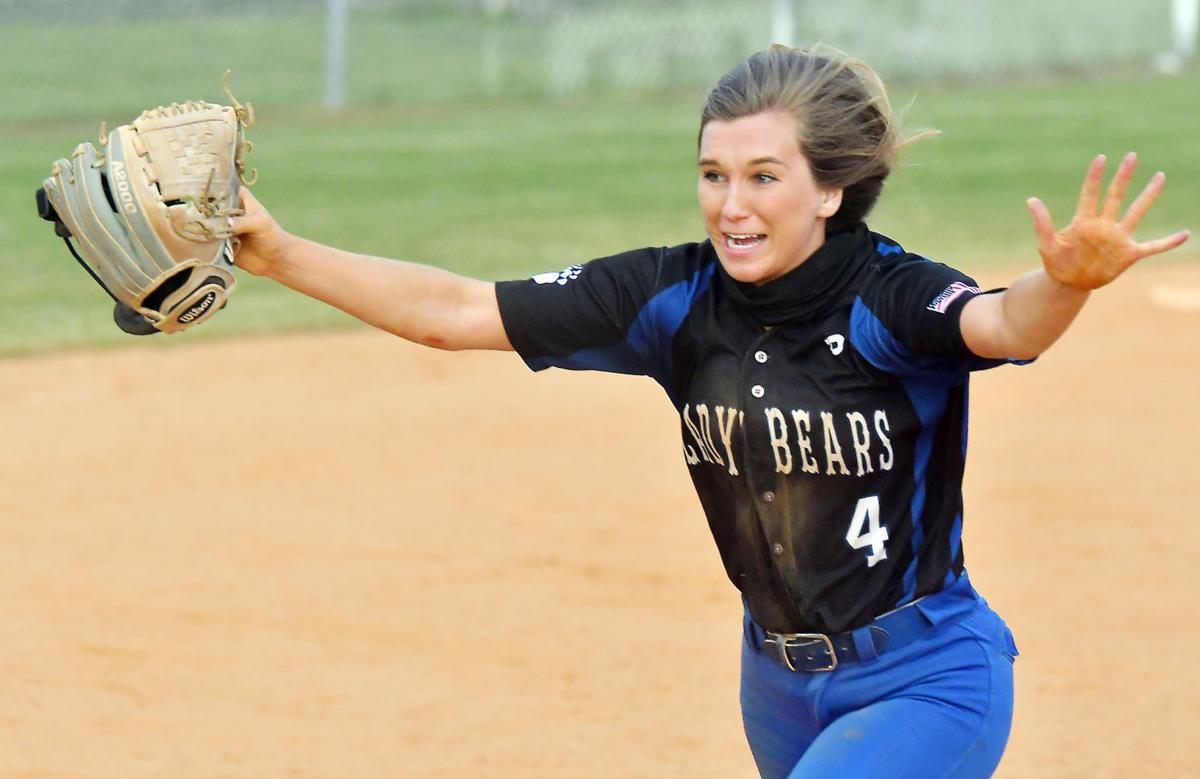 Bear Grass Charter School pitcher Madi Hall rushes to the dugout to celebrate with teammates after the Bears rallied to hand Northside its first loss of the season. 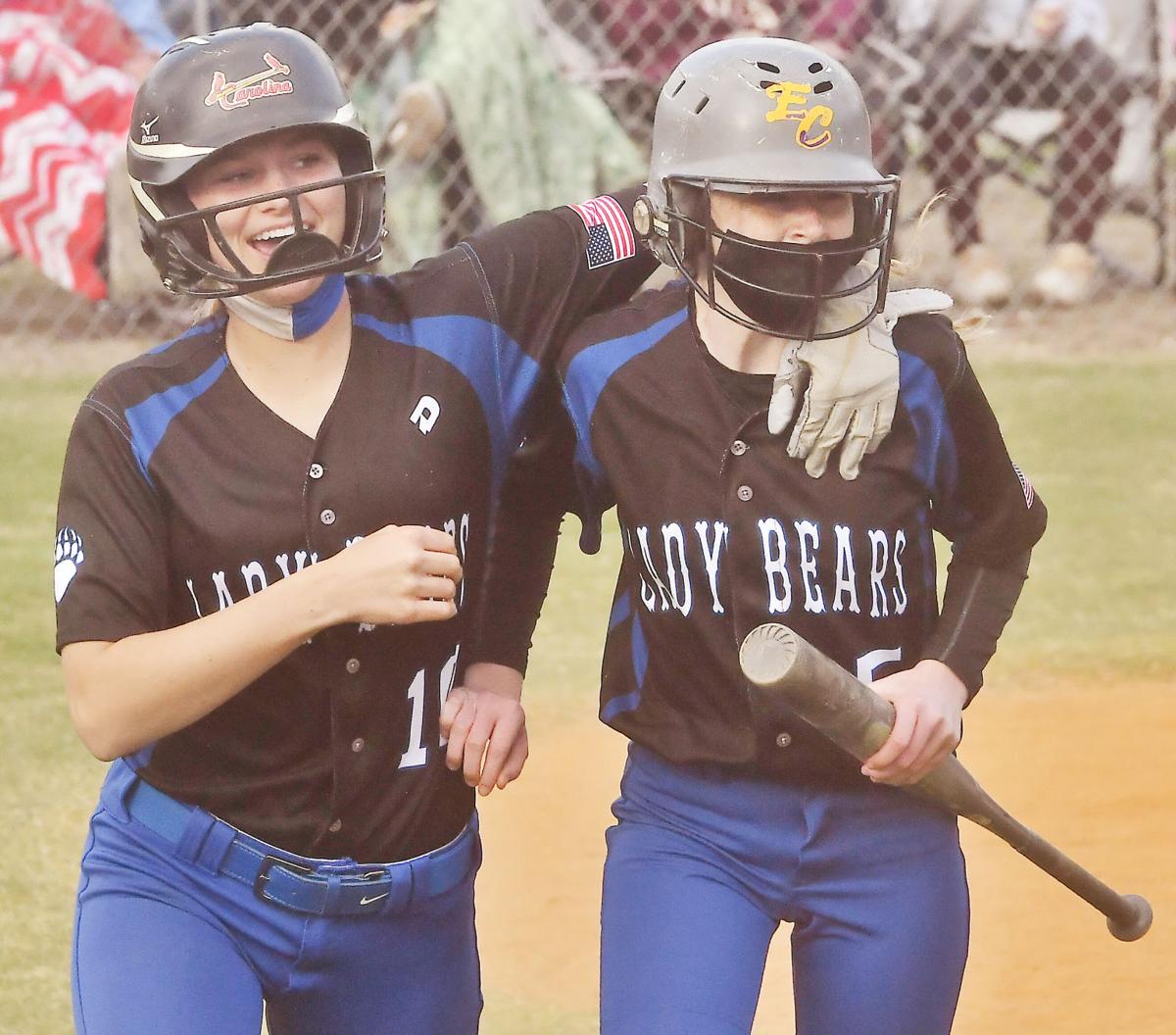 Bear Grass Charter School pitcher Madi Hall rushes to the dugout to celebrate with teammates after the Bears rallied to hand Northside its first loss of the season.

The Bears made a prophet out of their coach, rallying for a 9-7 nonconference victory – the first loss of the season for the Panthers (11-1 overall).

“The thought crossed my mind that they jumped on us 5-1 at our place and we came back, tied it and had the lead but lost it in the last inning,” said Webb, whose Bears improved to 8-2 overall. “I told the girls we didn’t have to get it all back in one inning – we had six more innings to hit. The girls listened to me and trusted me, and it (the comeback) was a team effort.”

Bear Grass quickly took a 1-0 lead in the top of the first inning when Macy Bowen singled, and an outfield error brought Carsyn Briley (who had walked and advanced on a fielder’s choice) to the plate.

But Northside responded with five in its half of the first – four on a grand slam home run by Bella Boykin – to make it 5-1.

But instead of wilting against a tough opponent, Bear Grass turned a double play and relief pitcher Madi Hall struck out the next batter to get out of the frame.

Bailey Peed, Jenna Rawls and Macy Bowen had hits in the second and third innings, though the Bears weren’t able to score.

Hall settled in on the mound, retiring eight of the next nine batters she faced, which set the stage for the Bears’ offense to rally.

In the top of the fourth, Alana Scott, Peed and AnneMarie Cooper walked, and Hall ripped a two-run double off the centerfield fence. Cooper scored on a groundout by Briley to make it 5-4, and a groundout by Emilee Perry plated Hall to tie the score at 5-all.

The Bears erupted for three runs in the top of the sixth inning on hits from Hall and Briley and three errors by the Panthers, making 8-5.

Hall retired the home team in order in the bottom of the sixth, and BGC tacked on its final run in the top of the seventh when Scott walked, stole second and third and scored when Cooper’s one-out bunt was erred. Hall added a single in the frame but the visitors weren’t able to add to their lead.

Northside used one-out walks to Hannah Black and Boykin and a single by 4 to load the bases in its final at-bat. 12 hit a grounder to Perry at shortstop, who threw to Furlough at second. The runner and Furlough collided, allowing Boykin and Black to score to make it 9-7.

The Panthers’ comeback ended when BGC catcher Addison Dotson threw out 12 trying to steal second for the final out.