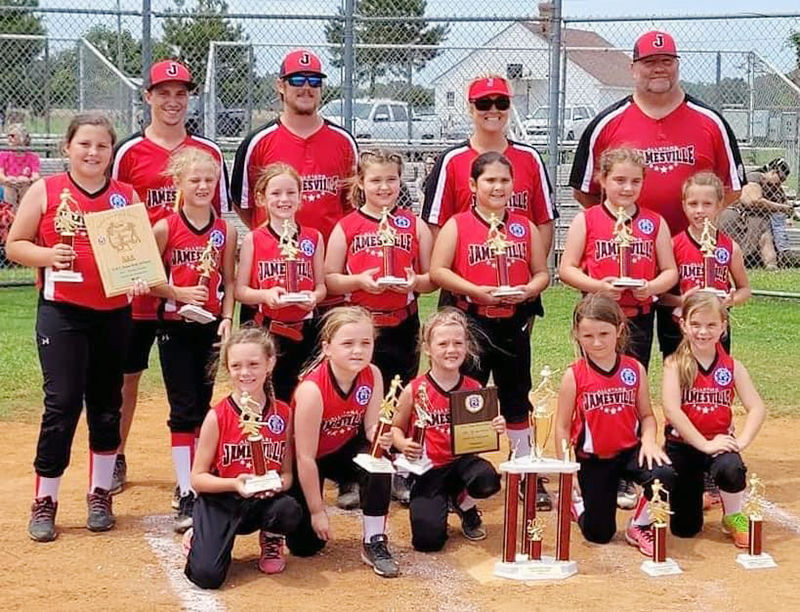 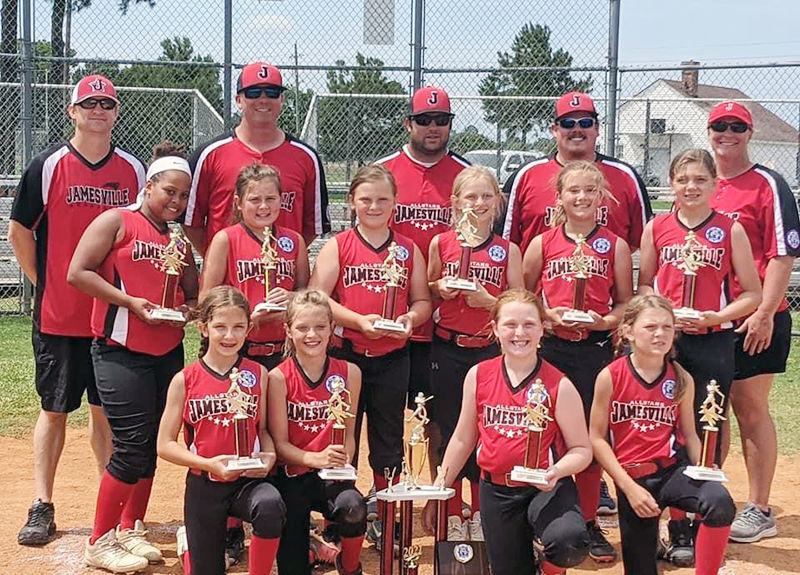 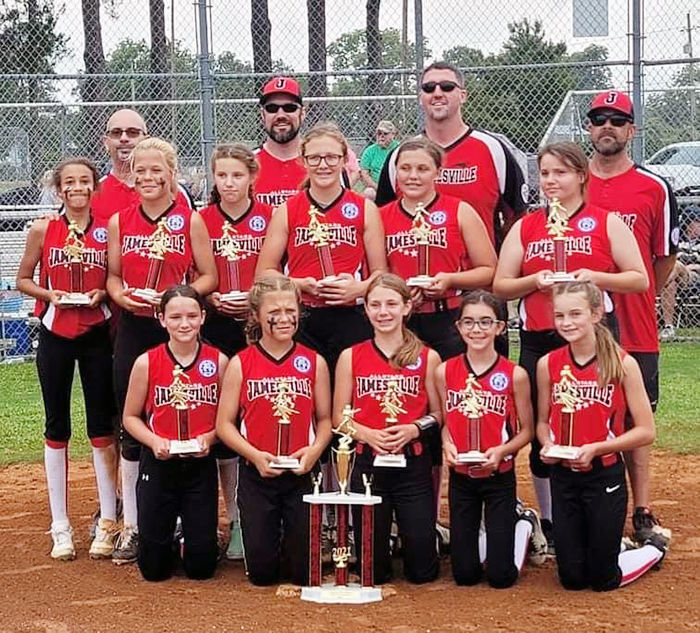 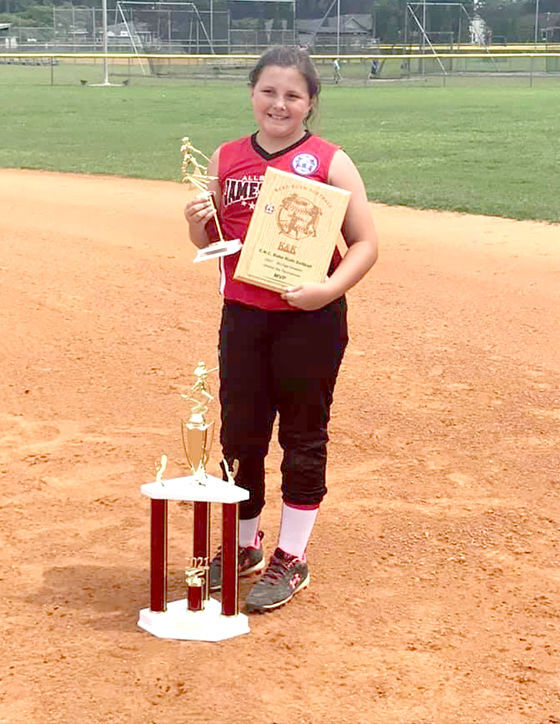 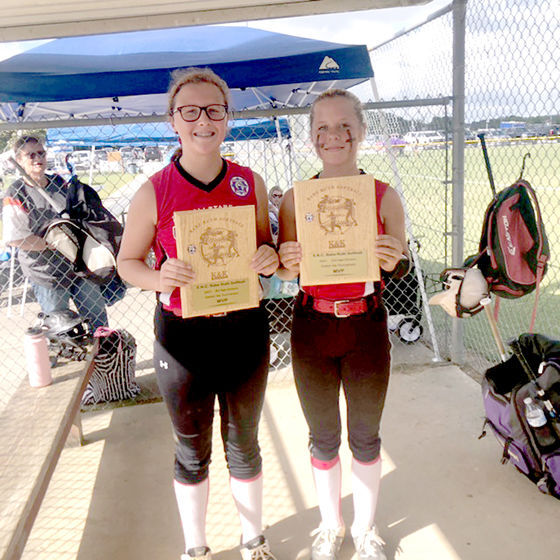 In the process, a quartet of players were named MVP from those teams.

Jamesville came out on top in the Championship game against Bath 12U with a score of 12-0.

Clair Ferebee came in and finished out the game, pitching the last two innings for Jamesville. Clair had two strike outs while allowing three hits with no runs scored.

Hannah Lilley then started a two-out rally in the third inning after being hit by a pitch and her teammates followed by scoring six more runs in that inning.

The umpires chose Hannah Lilley and Clair Ferebee as Co-MVP’s for the 12U district tournament.

Jamesville 12U went on to play in the State All Star tournament.

Jamesville 10U All-Stars takes Belhaven 10U

Jamesville came out on top in the championship game against Belhaven, scoring 13 runs and allowing one run in four innings.

Briell Rountree started the game on the mound for Jamesville. she had ten strike outs for the game. Rountree allowed four hits with one run scoring.

Camryn Gurganus started the first inning out being hit by the pitch and scoring a run with five more runs following.

Addison Bowen started off the next inning getting a hit and scoring the first run of the inning. Jamesville 10U team then followed scoring three runs in that inning.

Gurganus also began the last inning getting a hit and scoring the first run of the inning. Jamesville 10U then scored three more runs that inning.

The umpires chose Briell Rountree as the 10U District MVP for the tournament.

Jamesville 10U joined the 12U team in playing in the State All Star Tournament.

Jamesville 8U Takes Washington 8U

Both teams put up a good fight, but Jamesville came out on top, scoring 16 runs to win the game in four innings.

The last inning Carol Jean Pierce started the rally with the first hit scoring the first run for Jamesville. They then scored three more runs in that inning to end the game, with Washington not scoring any runs in this inning.

Abby Hayes was named District Tournament MVP for 8U by the umpires.

The Jamesville 8U also went on the play in the State All Star Tournament with the Jamesville 10 and 12U teams.

Brandice Hoggard can be reached at bhoggard@ncweeklies.com.