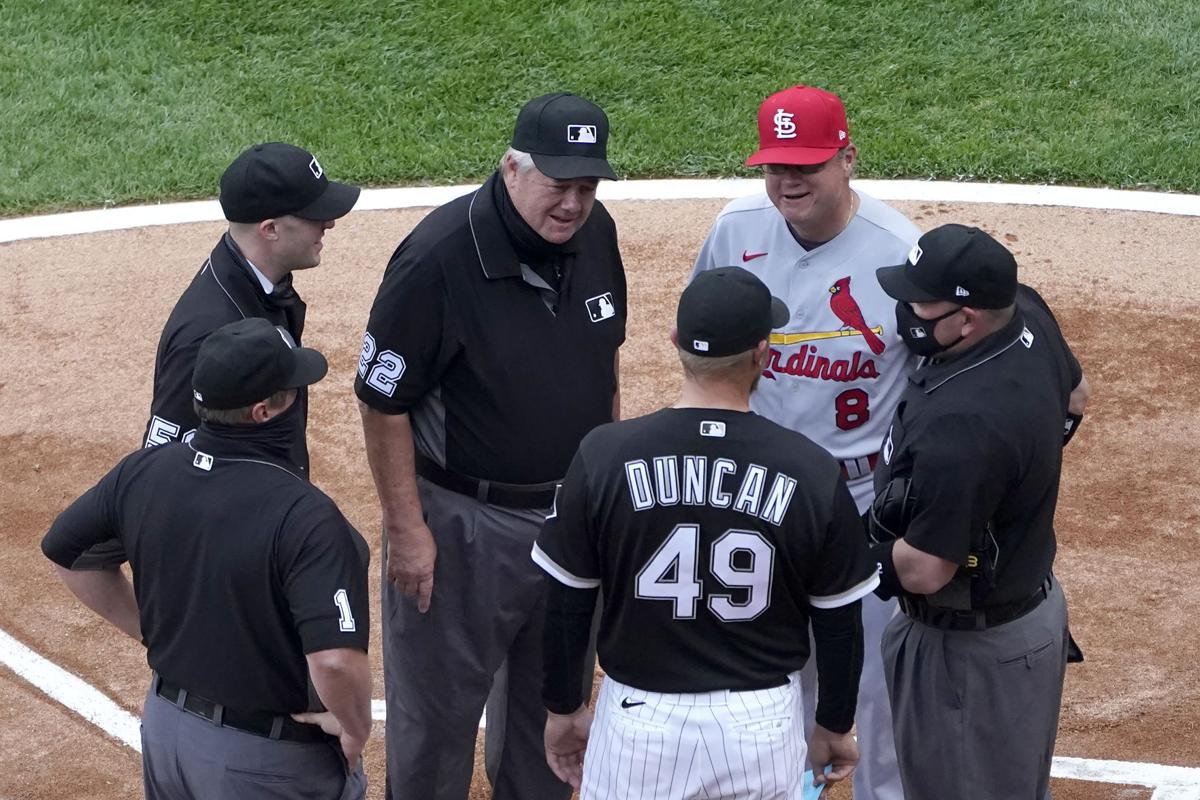 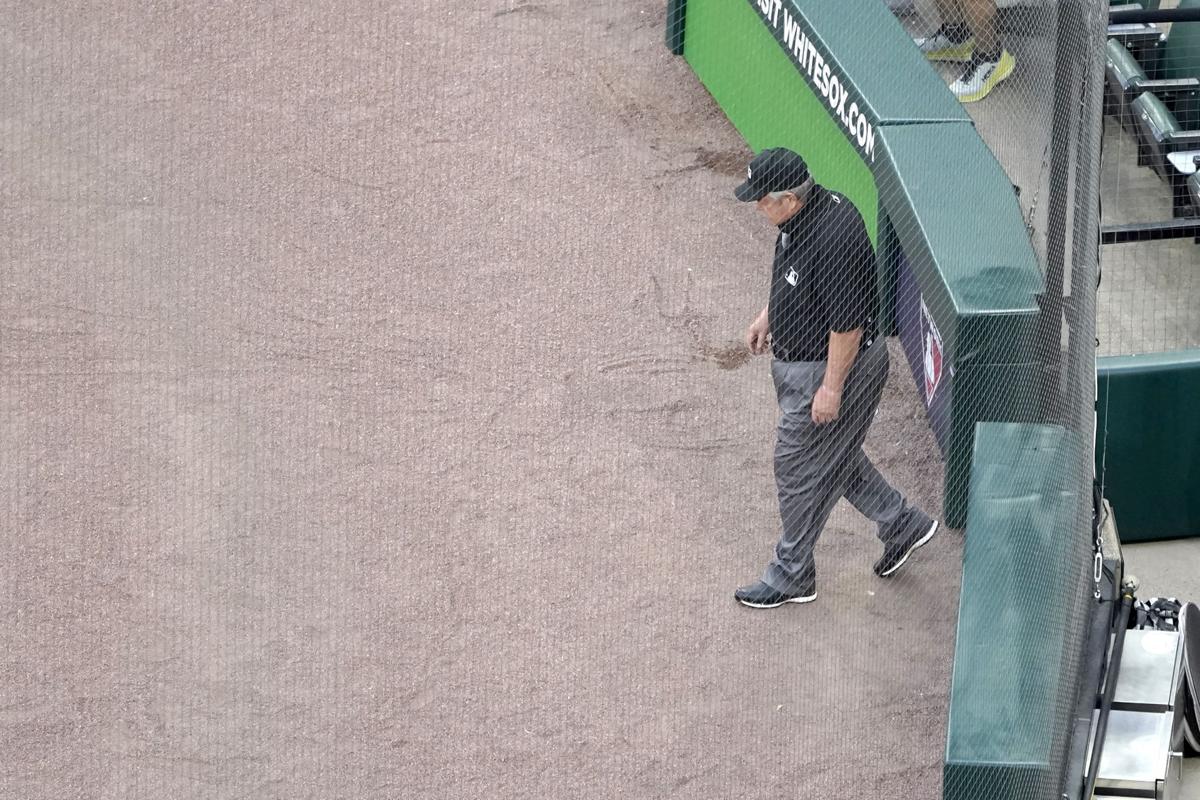 Umpire Joe West steps on the field before an interleague baseball game between the Chicago White Sox and the St. Louis Cardinals, Monday, May 24, 2021, in Chicago. West now ties the major league record for games umpired. (AP Photo/Charles Rex Arbogast)

Umpire Joe West steps on the field before an interleague baseball game between the Chicago White Sox and the St. Louis Cardinals, Monday, May 24, 2021, in Chicago. West now ties the major league record for games umpired. (AP Photo/Charles Rex Arbogast)

Cowboy Joe is headed for No. 1, closing in on the top spot on the chart.

Joe West is poised to break baseball's umpiring record when the St. Louis Cardinals visit the Chicago White Sox on Tuesday night. West is set to work home plate for his 5,376th regular-season game, snapping a tie with Hall of Famer Bill Klem.

The colorful West, who turns 69 on Oct. 31, is perhaps the most famous umpire in major league history, known for his memorable run-ins with several players and managers over the years, to go along with at least one executive.

He also fashions himself as a country music singer and songwriter, leading to the nicknames "Cowboy Joe" and "Country Joe."

He has worked the World Series six times. He has 193 career ejections — and West himself has run afoul of Major League Baseball on occasion during his long career.

During a 1990 brawl, West body-slammed pitcher Dennis Cook to the ground. After he was thrown out by West during a 2018 game, White Sox shortstop Tim Anderson said: "I don't have much to say about him. Everybody knows he's terrible."

West was suspended for three days without pay in 2017 after he said in an interview that former Texas Rangers third baseman Adrián Beltré was baseball's biggest complainer. West said he was joking, and Beltré agreed.

He was awarded $500,000 last month in a defamation suit against former catcher Paul Lo Duca. In his suit, among other things, West contended Lo Duca made false allegations that would hurt his chances of being elected to the Hall of Fame. There are currently 10 umpires in the Hall.

At the 2017 All-Star Game, slugger Nelson Cruz came to the plate, pulled out his phone and had catcher Yadier Molina take a picture of Cruz and plate umpire West. Asked why, Cruz said: "He's a legend, you know?"

Before he became a big league umpire, West was a star quarterback at Elon in the early 1970s. He also was a catcher when he played baseball growing up in North Carolina.

Several years ago, West had larynx cancer, underwent radiation and continued his career.

Jay Cohen can be reached at https://twitter.com/jcohenap