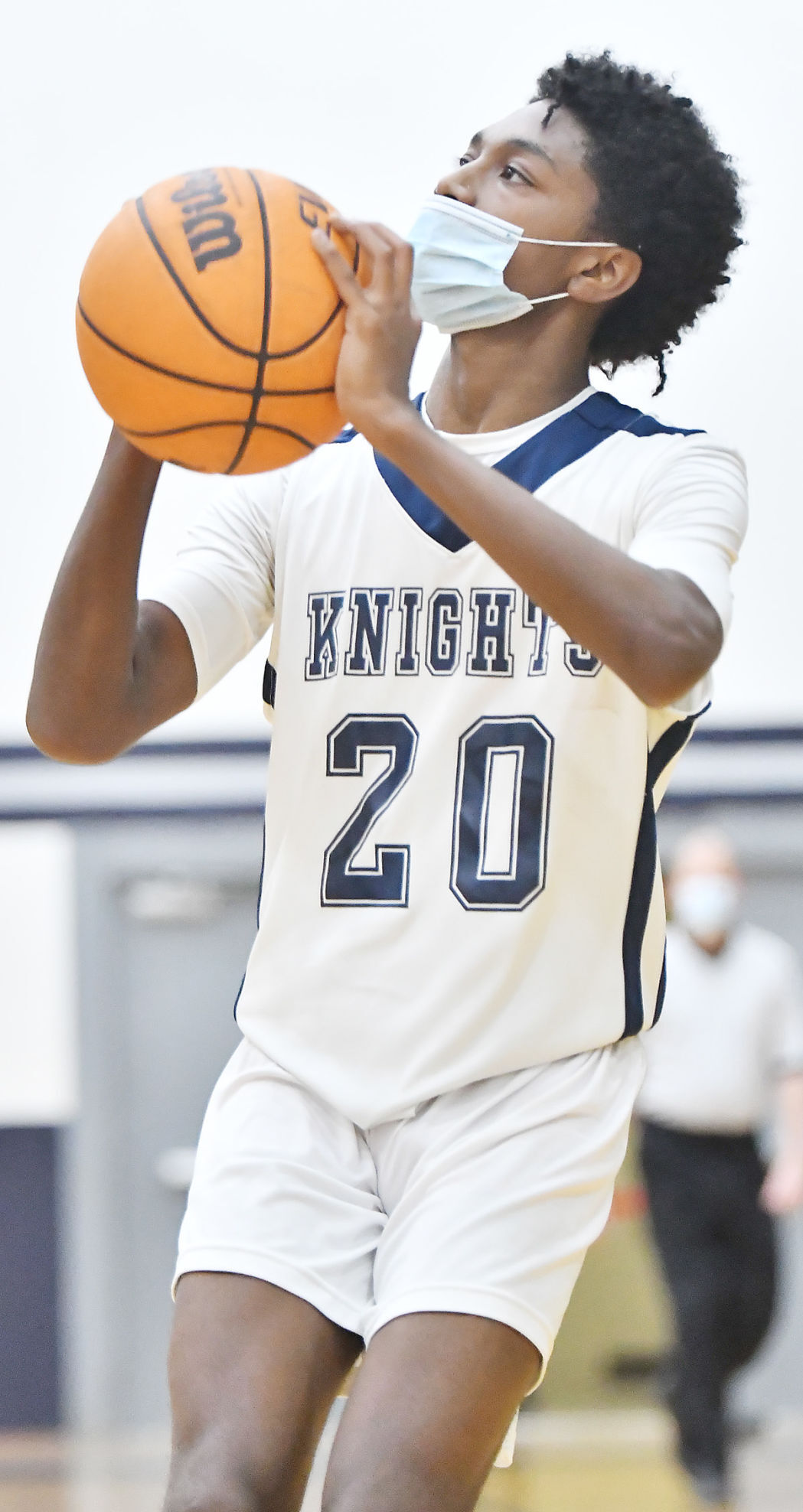 Riverside junior varsity basketball player Darius Lewis pulls up for one of his six 3-pointers against Tarboro Tuesday night. 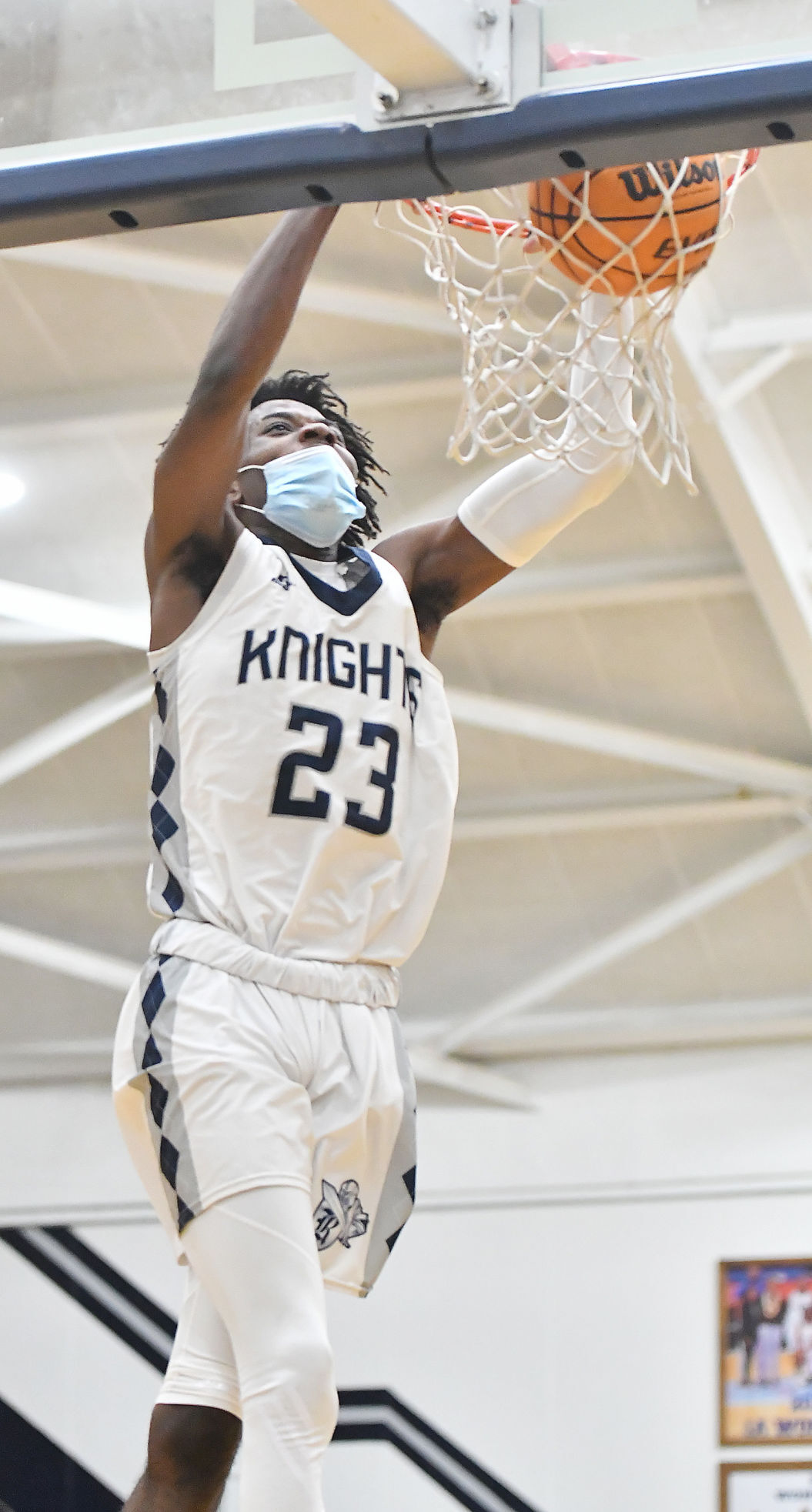 Riverside junior varsity basketball player Darius Lewis pulls up for one of his six 3-pointers against Tarboro Tuesday night.

"We are excited to get started," said Williams, whose Knights swept Tarboro in the season opener at home Tuesday night - 81-60 in the nightcap and 75-44 in the JV game. "We've been out here for a while getting ready, so it was good to actually get on the court against some competition."

Riverside's varsity girls could not play, as they were dealing with a COVID situation that required quarantine.

Riverside will not play Pamlico County at home on Friday as the Hurricanes are dealing with a COVID situation.

Limited fans were in attendance, and everyone is required to wear masks - including players, coaches and officials. Officials stopped the clock around the midway point of each quarter to help players get acclimated to wearing masks.

"We have been wearing them since around July," Williams said. "They still don't have it - we can't find the right ones that they want, some of them keep falling off and it's a constant. But I told them we have to control what we can control and that's all we can do - it is what it is."

The Knights jumped out quickly behind Pinner, a blocked shot by Griffin and a three-pointer from Whitehurst. RHS led 14-8 at the end of the first quarter.

Cole Baker drew a charging foul to open the second quarter, and later, Pinner's first of four slam dunks off a Griffin assist made it 22-15 with five minutes left in the first half.

Tarboro used a 6-0 run to begin the third quarter which sliced the Riverside lead to three (36-33) in the first 90 seconds.

The Knights responded with 22 of the last 32 points, however, to grab a 58-46 advantage entering the fourth stanza.

Tarboro was never able to get the deficit under double digits the rest of the way, as Pinner had another dunk and Saunders, Basnight, Whitehurst, Harrell and Griffin all added points as the Knights pulled away for the win - capped off by a triple at the buzzer by Baker.

Darius Lewis poured in 25 points, including six 3-pointers, and led three Riverside players in double figures as the Knights eased past Tarboro in the opener.

Riverside led 12-9 after the first quarter but extended its advantage to 40-18 at the half with a 28-9 outburst in the second quarter. The Knights doubled up the Vikings (18-9) in the third stanza to further increase their lead.