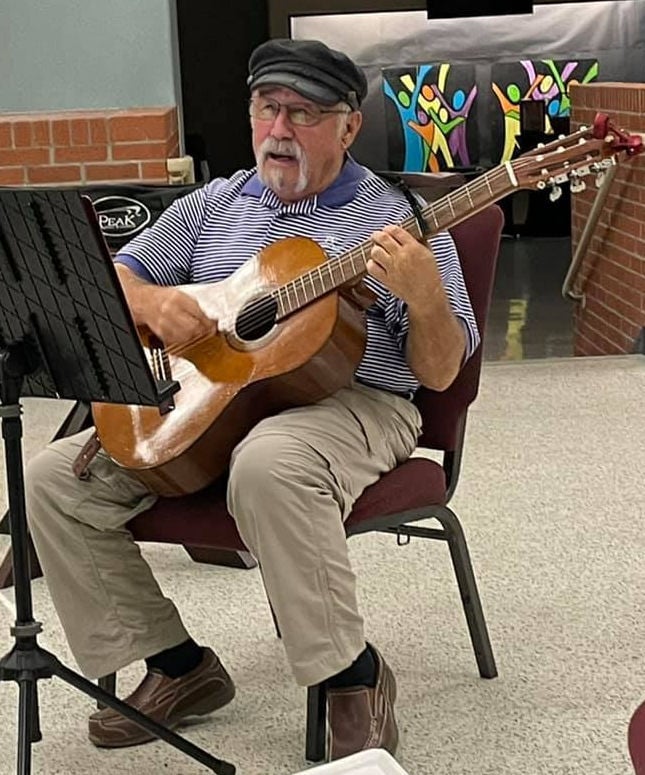 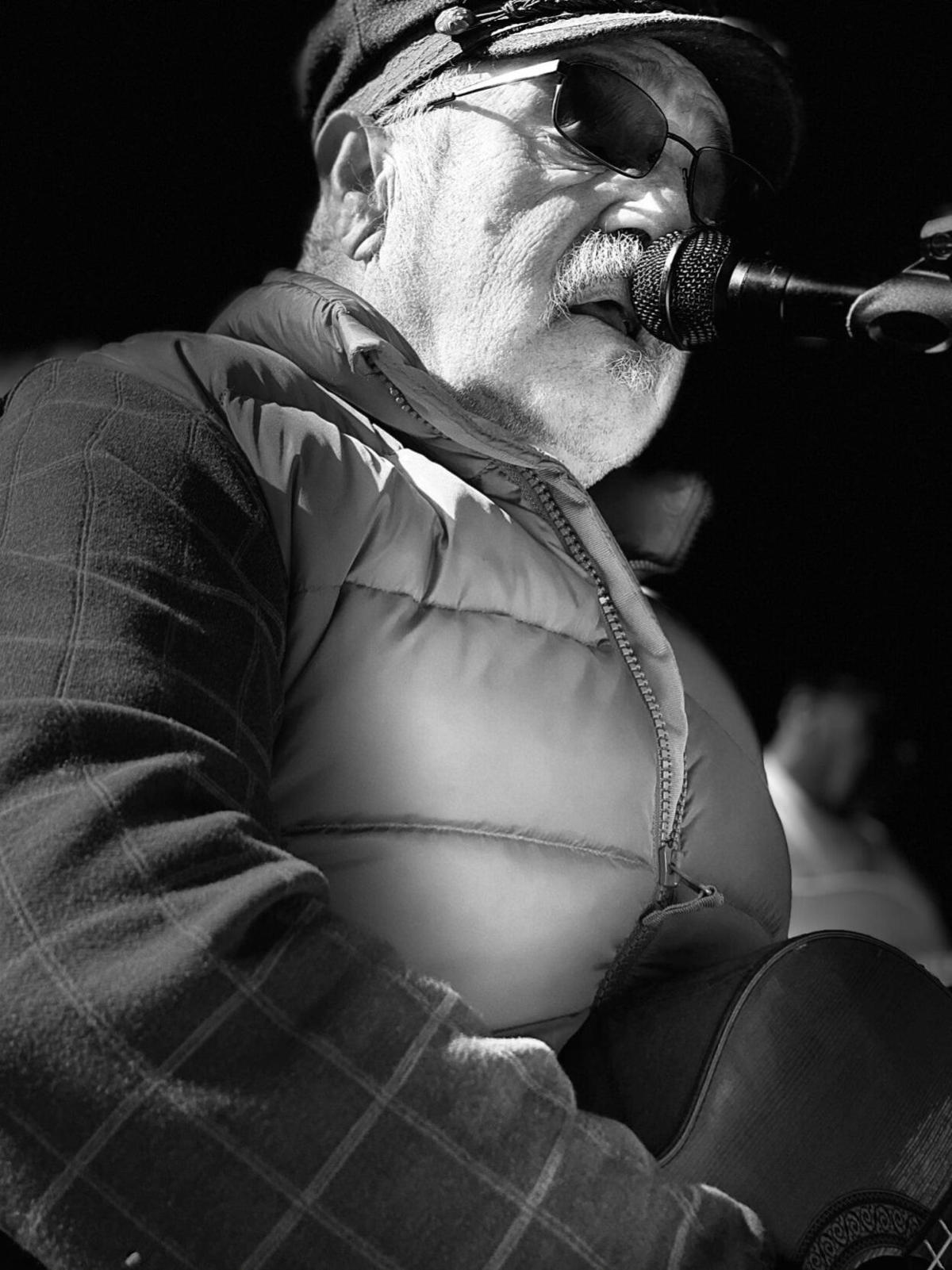 Singer and guitarist Jim Joseph is known for his improvisational, arpeggio style. 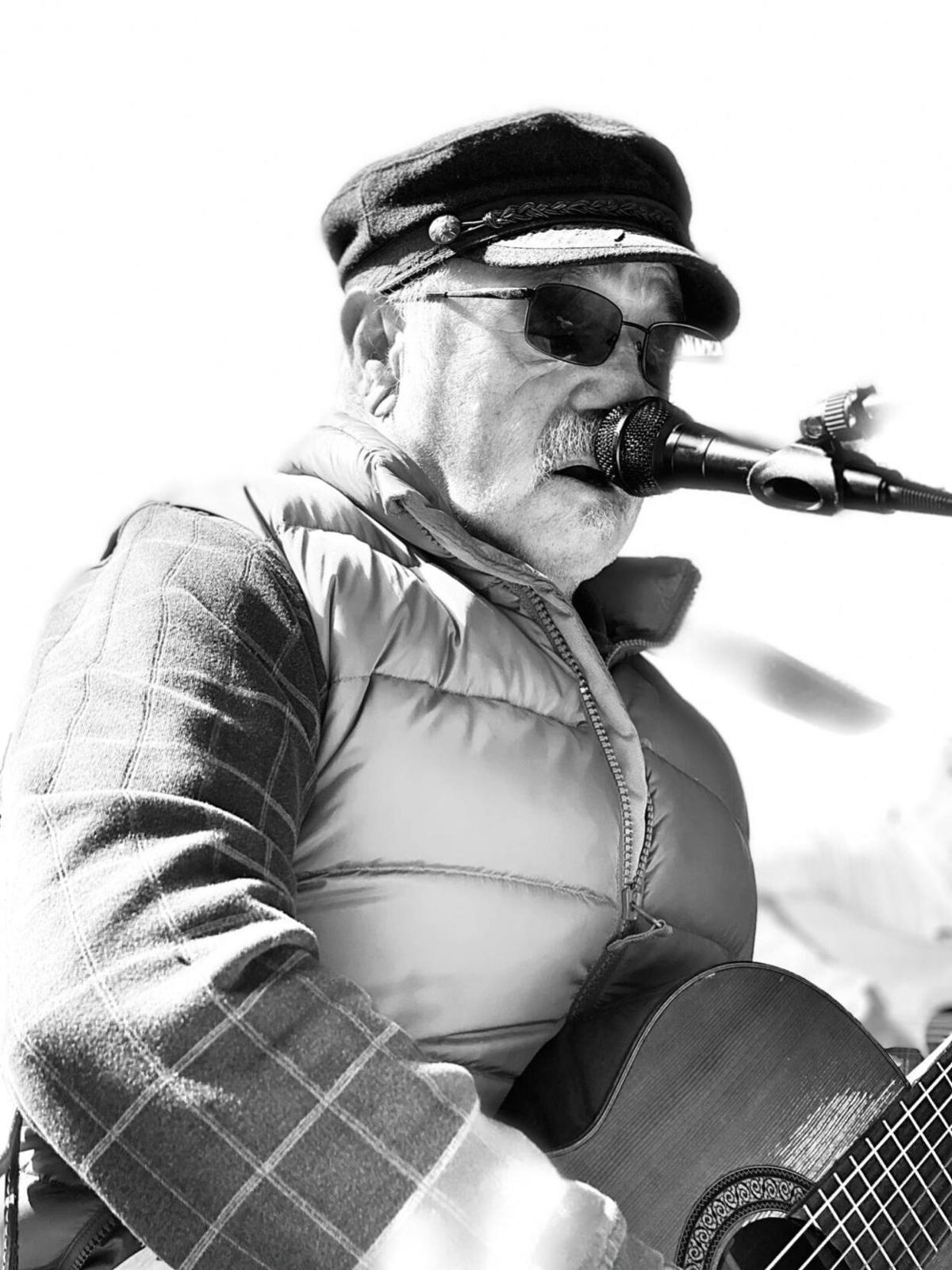 Singer and guitarist Jim Joseph is known for his improvisational, arpeggio style.

He’s been called a drunken sailor.

And certainly Jim Joseph plays (and sings) the part convincingly when he slurs the words to “Seven Drunken Nights” with local Celtic band Twisted Knot. But let the record stand corrected: he was in the Air Force, not the Navy, and his beverage of choice is Dr. Pepper. But the rest of his story is even more intriguing.

English was his second language. His first was American Sign Language. He demonstrates asking for milk, like a small child would do, with quick and confident hand gestures. That’s because both of Joseph’s parents were deaf. His mother came from a family of nine in Puerto Rico, and four were born deaf. His father, a Jew from Romania who escaped Nazi Germany, was not born deaf, but became so as a small child after a fever of 108 burst both eardrums. Joseph’s sister is a pastor for the deaf who gives her entire services solely in ASL.

So perhaps it’s even more astonishing that growing up in a relatively silent household, Jim Joseph gravitated to music the way that he did. He credits his Latin roots for his sense of rhythm.

Hailing from Manhattan in New York City, he was surrounded by a melting pot of cultures and influences. He enlisted in the Air Force in 1964. Vietnam was looming, but he knew his parents couldn’t afford to send him to college and he thought it might be his best chance at a start in life. He was sent to Bitburg, Germany, one of the first places to begin using a UNIVAC 1050, a computer that took rooms to accommodate. He worked in accounting and finance for the Air Force.

Joseph first started playing guitar around 1969 when he got out of the military and was still in Germany. He joined a folk group and started singing Peter, Paul and Mary songs in cafeterias and German schools. “I was seen as a defiant kid,” he said, “Because you don’t sing anti-war songs on an Air Force base, but I did.”

When he came back home he decided he was never going to cut his hair again. “I remember I wore yellow and blue striped bell-bottom pants to an interview,” he said. “I wasn’t going to bend to ‘The Man.’ I figured if they couldn’t see my worth, I was going to move on.”

The supervisor said “If you can do the job, you’re hired.” At the time he was living in Silver Springs, Maryland, and the job was in Bethesda. He hitchhiked to and from work every day for two years.

The circuitous route that brought Joseph to Greenville involved marrying his wife, Ann, in 2001. They met when they were both working at the Federal Deposit Insurance Corporation (FDIC) in Washington, D.C. Ann’s family was from Kinston, so when they both retired in 2005, they moved to eastern North Carolina.

“I stopped music altogether until I came here in 2005,” he said. Around 2007 he turned his bonus room into a music studio and started playing more regularly. He began playing with the St. James Jammers and then with the contemporary praise group at the church.

“I never considered Celtic music before,” he said, “but in 2016 Sylvia (the guitarist with Twisted Knot) had to be out of town during a performance, and Mamie Dixon thought I could sit in. The first time I played with the group, I’d had about two weeks to pick up 30 songs.”

And there was no turning back. “Getting into Twisted Knot was probably the best thing I’ve ever done,” he said.

In talking about his trademark arpeggio style, he holds up his hands, spreads his fingers and explains self-deprecatingly, “I have short pudgy hands ... not conducive to playing guitar. It’s hard to barre chords. I learned how to play with a capo.”

For example, if he has to play an F#m, he doesn’t do it. He capos on the second fret and plays an Em. “By doing that I can transpose on the fly — whatever key they’re in, I can play harmony up the neck.”

A fellow musician described the impact of Joseph’s music.

“I went to the praise service one Sunday morning. I was early and no one was on the stage except Jim. And he was just doing improv, notes that sounded like wind chimes as the spirit softly passed by. Later on, the full praise team came out and blew us away with keyboard, drums, bass, and that’s fine, that’s a legitimate form of praise. But I have to say, the most worshipful experience for me was before worship officially began, listening to soothing guitar notes in the quiet of the moment.”

These days Joseph is still an ensemble player with the St. James Jammers, guitarist and vocalist with Twisted Knot, and also plays and sings with a folk and contemporary group, the Back Porch Players that includes Mamie Dixon, John Bradley, and Leslie Bowman.

Joseph enjoys any music that “tells a story,” and has found that his experience as an interpreter has helped him as a performer. “As an interpreter, I discern what other people mean,” which perhaps helps him to convey the message of songs more effectively. Also, it has helped him overcome performance anxiety.

This is the latest installment in an ongoing series profiling local musicians.

Donna Davis is a Greenville resident who enjoys jamming with local musicians, running and writing. Contact her at donnadavisdavis@gmail.com.

Jim Joseph will be playing with Twisted Knot at 10 a.m. today at the Smoke on the Water festival on the Washington, N.C., waterfront, and at 7:30 p.m. on Oct. 23 at Swindell's Store, 103 S. Main St., Bath. Visit the Twisted Knot Band’s Facebook page for more details.