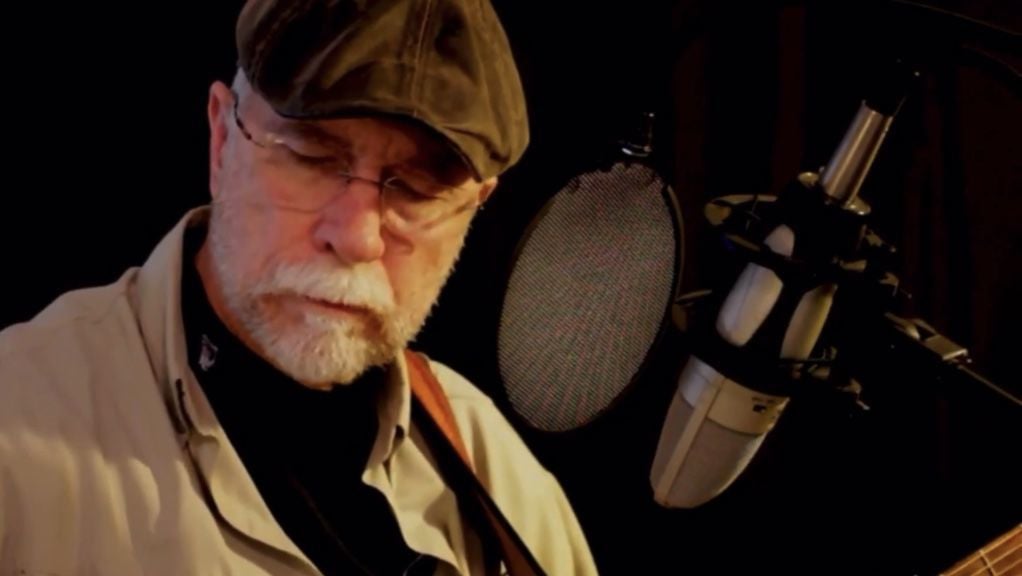 Ed Harris stands at a microphone as he records some of his music.

Ed Harris stands at a microphone as he records some of his music.

Note: This is the latest in a series of conversations with local musicians.

He doesn’t have a kick drum attached to his back and cymbals between his knees, but Celtic musician Ed Harris is a one-man band, thanks to the wizardry of studio recording. (Look for W Ed Harris if you want to find him on YouTube ... and you most certainly do want to find him.)

A video of him playing “Tiarna Mhuigheo,” one of his current favorite pieces, is an instrumental quadrille of Ed playing drum, guitar, violin and mandolin. And that’s just a sampling of his musical arsenal. Add to those four tools-of-the-tune-trade the Irish Tenor Banjo, five-string banjo, upright bass, mandola, harmonica, and tin whistle and you only have what he considers to be his “primary” instruments. Guitar and piano were his first instruments, and he also played trumpet from elementary school all the way through college bands.

The multi-instrumentalist and singer who works in Greenville health care has attracted international attention. After a musicologist from the United Kingdom asked him to record the dark, traditional Celtic tune, “The Well Below the Valley,” it became the title song for an album which won a “Best World Beat Album” in 2018. Recently, he received news that he won an IMA (Independent Music Award) for his Celtic instrumental, “Morrison’s.” The IMA is one of the highest indie awards for unsigned artists. The awards ceremony is held each year in New York City in June, however, due to the pandemic, it will either be an online or podcast ceremony. “I was asked to submit a video acceptance speech along with three performance videos,” Harris said.

Ed’s most recent album, “Turas Ceilteach” was recently reviewed by Musik Magazine. One might venture to call the review complimentary, considering the first sentence is, “Let me introduce you to one of the greatest artists I know, Ed Harris.”

The music is in his blood, quite literally. While he has played some bluegrass and folk music, his Scottish/Irish heritage spurs him to focus on the music of his ancestry. “I feel it is important in helping to keep traditional music alive.”

And he’s been keeping it alive a while. It began when his mother gave him his first guitar when he was five years old. She sang to him from the time he was a baby, and taught him at a young age to harmonize with her. “She encouraged and nurtured my musical interests and is responsible for introducing me to music without expectation.”

And the rest is not merely history, but a lifetime of reciprocal musical joy. “I lose all track of time and space when I’m in my studio...It is my sanctuary.” It’s quite simply, his passion.“Music for me is all about connecting. It transcends culture, language, ethnicity, religious differences, and age. It is universal.”

Ed explains that he grew up in the 60s listening to the likes of Louis Armstrong, Herb Alpert, Segovia, James Taylor, Cat Stevens, Led Zeppelin, Jimi Hendrix, Toni Rice and Doc Watson, and absorbed as much as he could. But his “fiddle mentor” was Irish fiddler Kevin Burke. “He is responsible for me picking up the fiddle 30 plus years ago after I ran sound during one of his performances while I was volunteering as Sound Engineer for the Fiddle and Bow Music Society in Winston-Salem.”

Ed’s idea of an ideal music festival would include Liz Carroll, John Doyle and the Chieftains.

What is on the musical horizon for Ed Harris? He’s already in the studio working on another album, but adds with the excitement of a musician who can never have too many instruments,“In a few months I will be receiving a set of Uilleann Pipes which I am looking forward to immensely!”

To listen and learn more about Ed Harris visit: