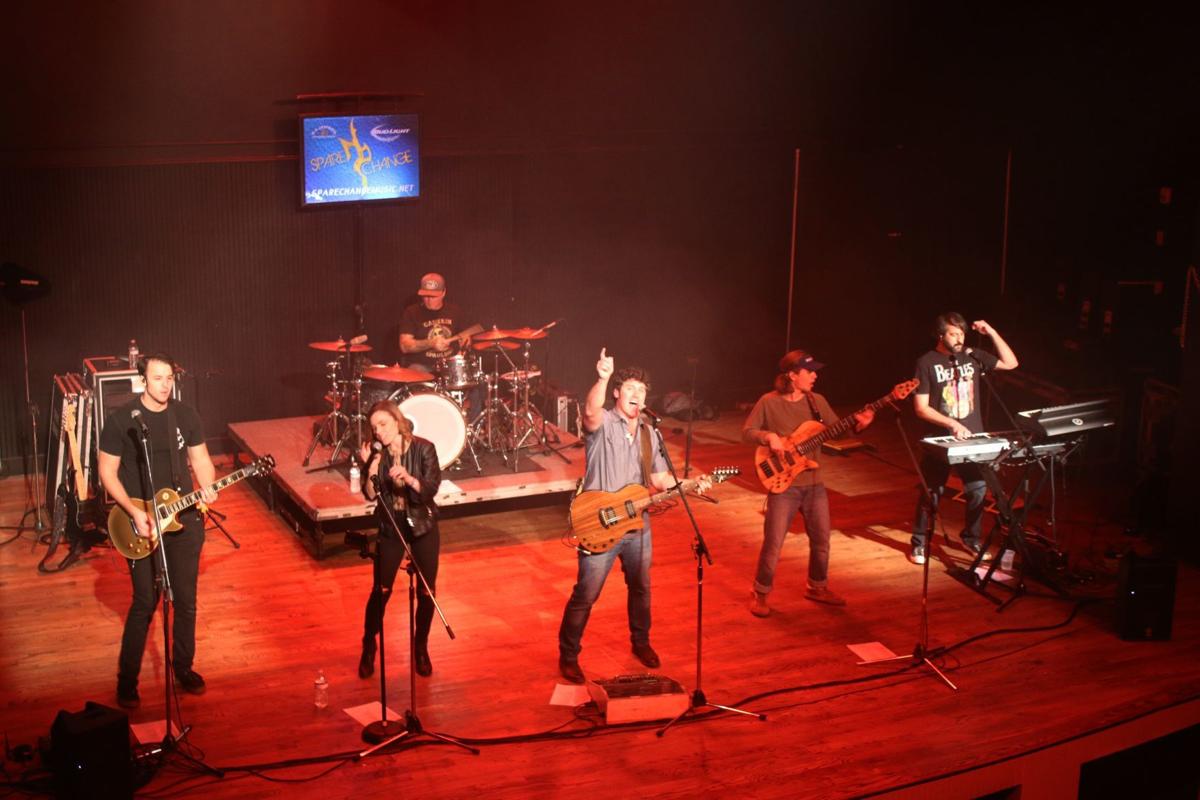 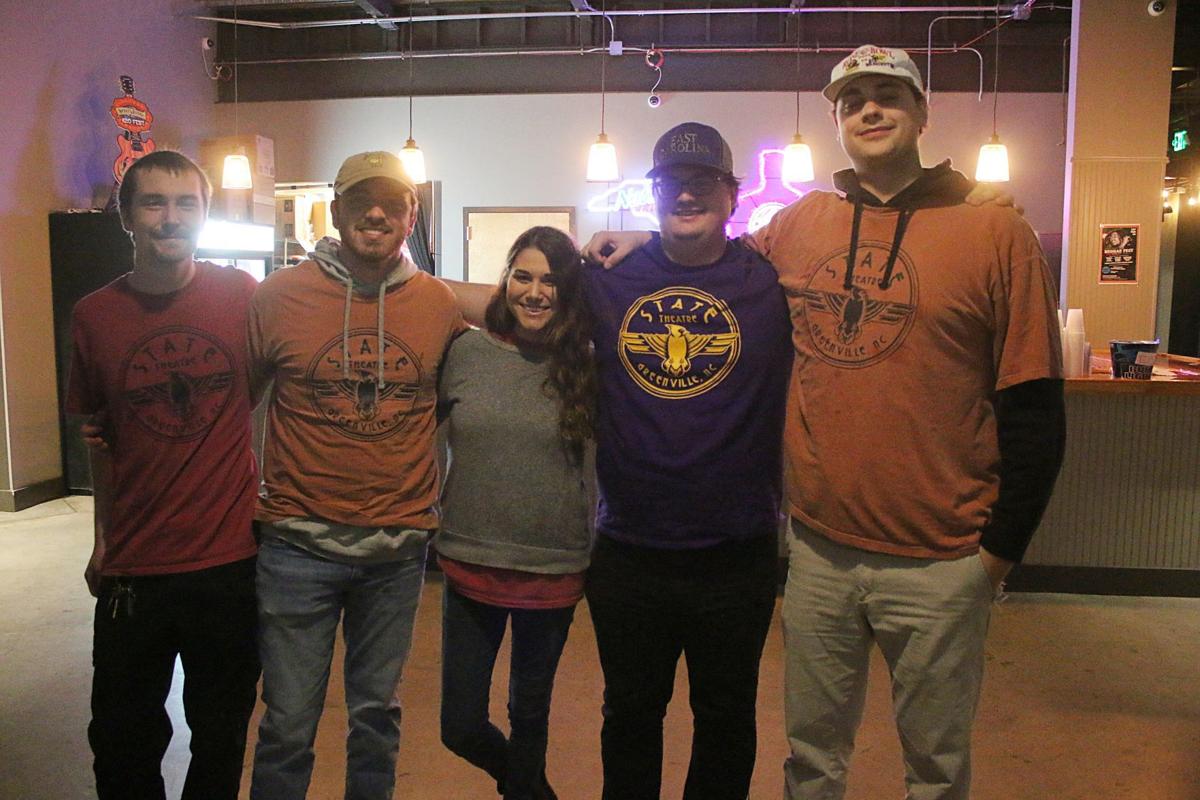 State Theatre Staff was Scene Around at Spare Change at the State Theatre, Jan. 10, 2020. 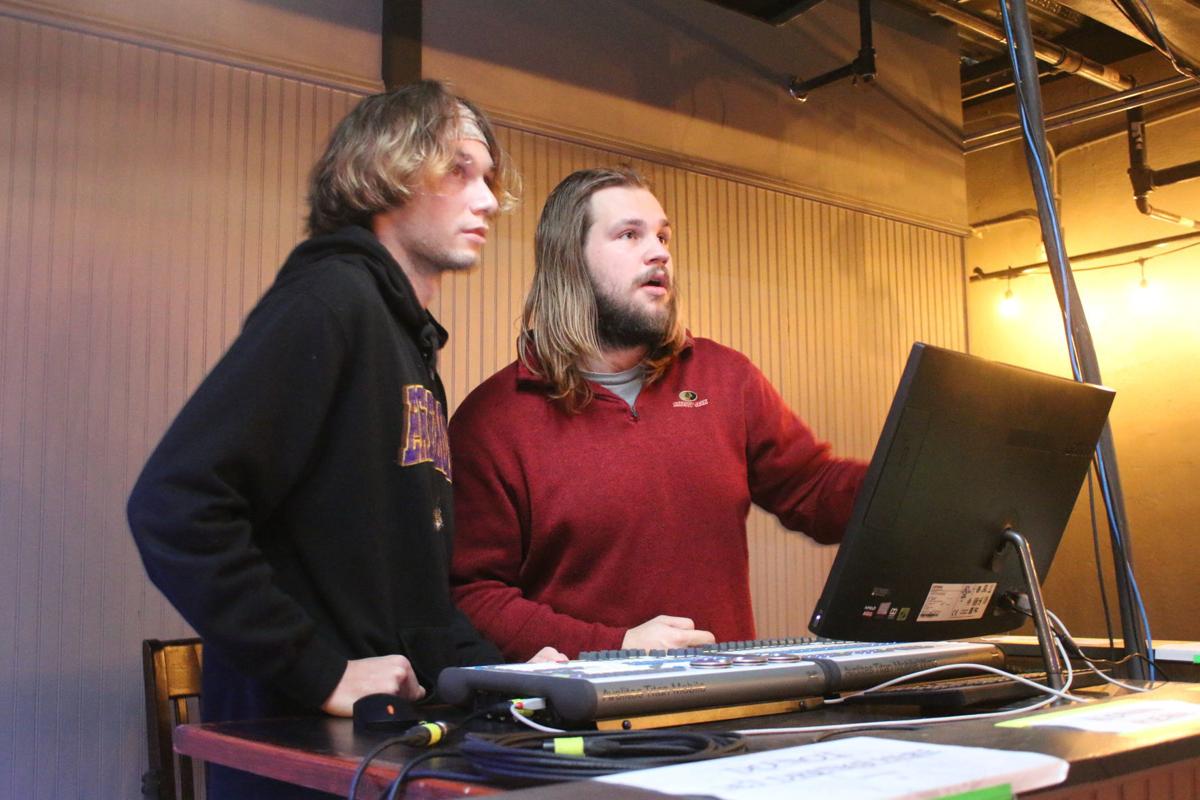 State Theatre DJ plays music before show while Scene Around at Spare Change at the State Theatre, Jan. 10, 2020. 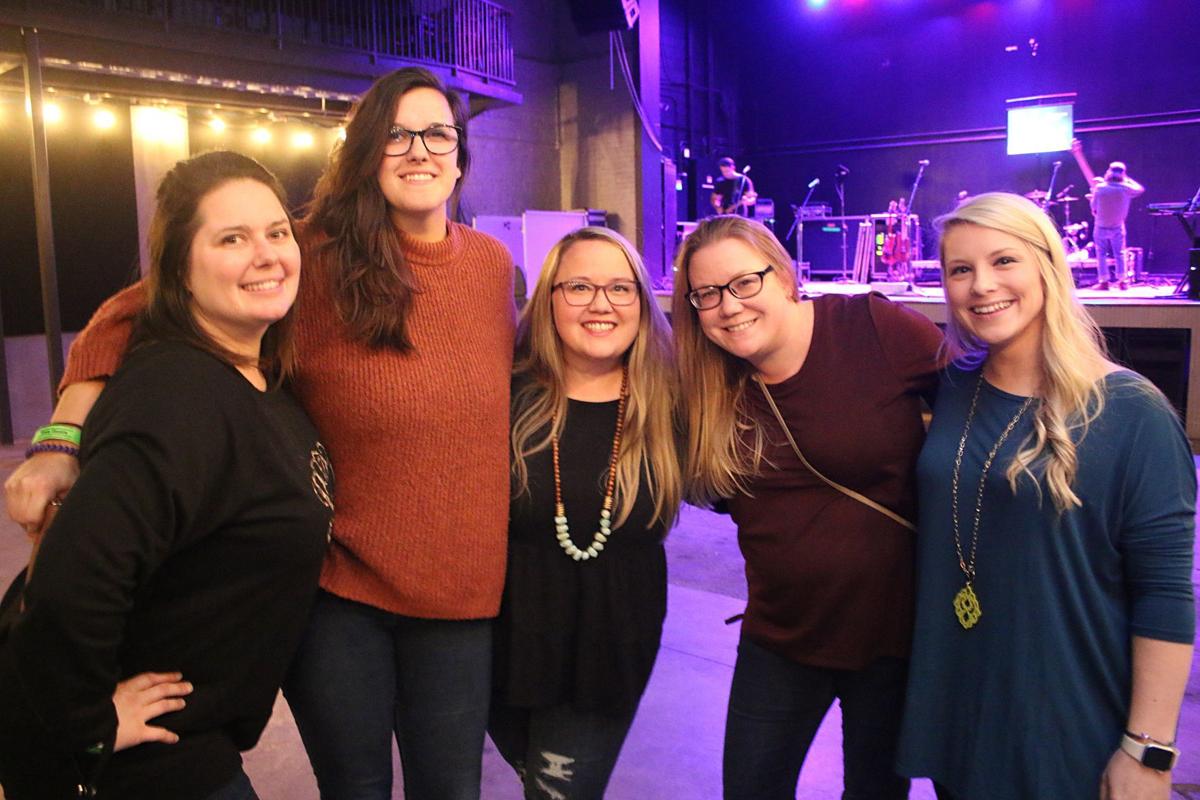 Town Lady Group was Scene Around at Spare Change at the State Theatre, Jan. 10, 2020. 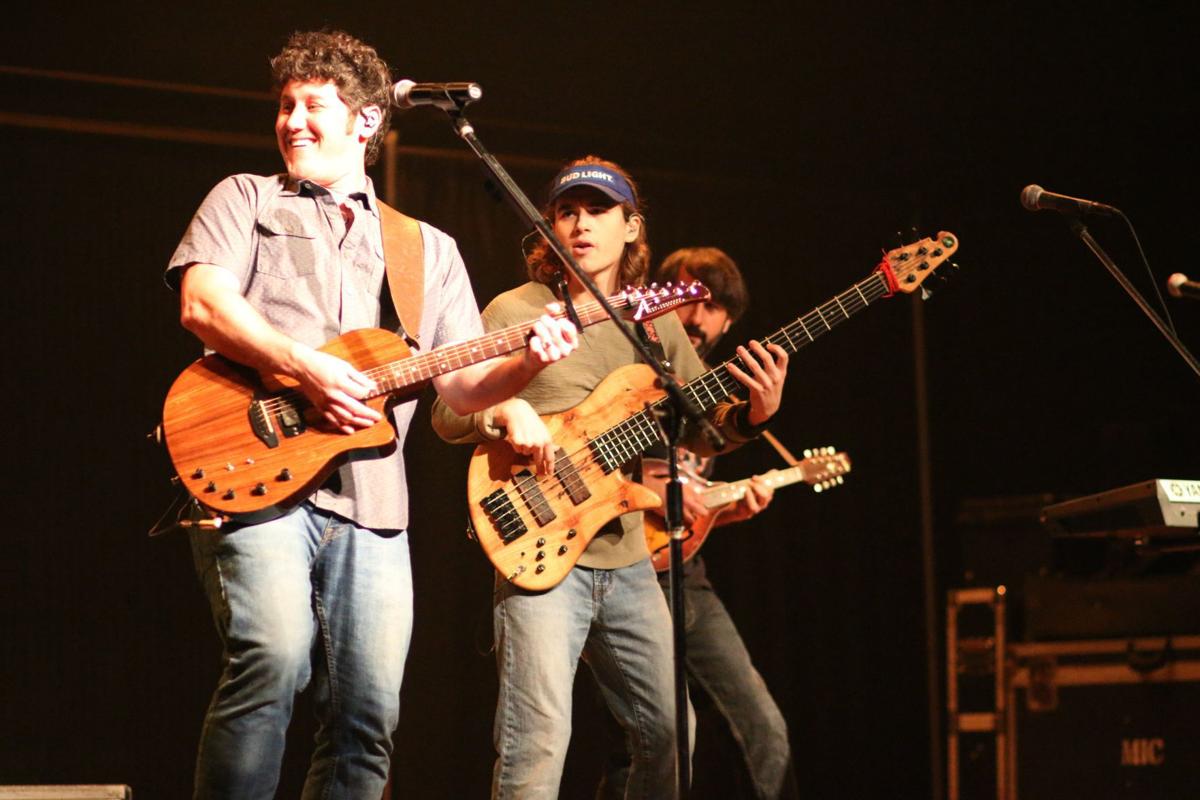 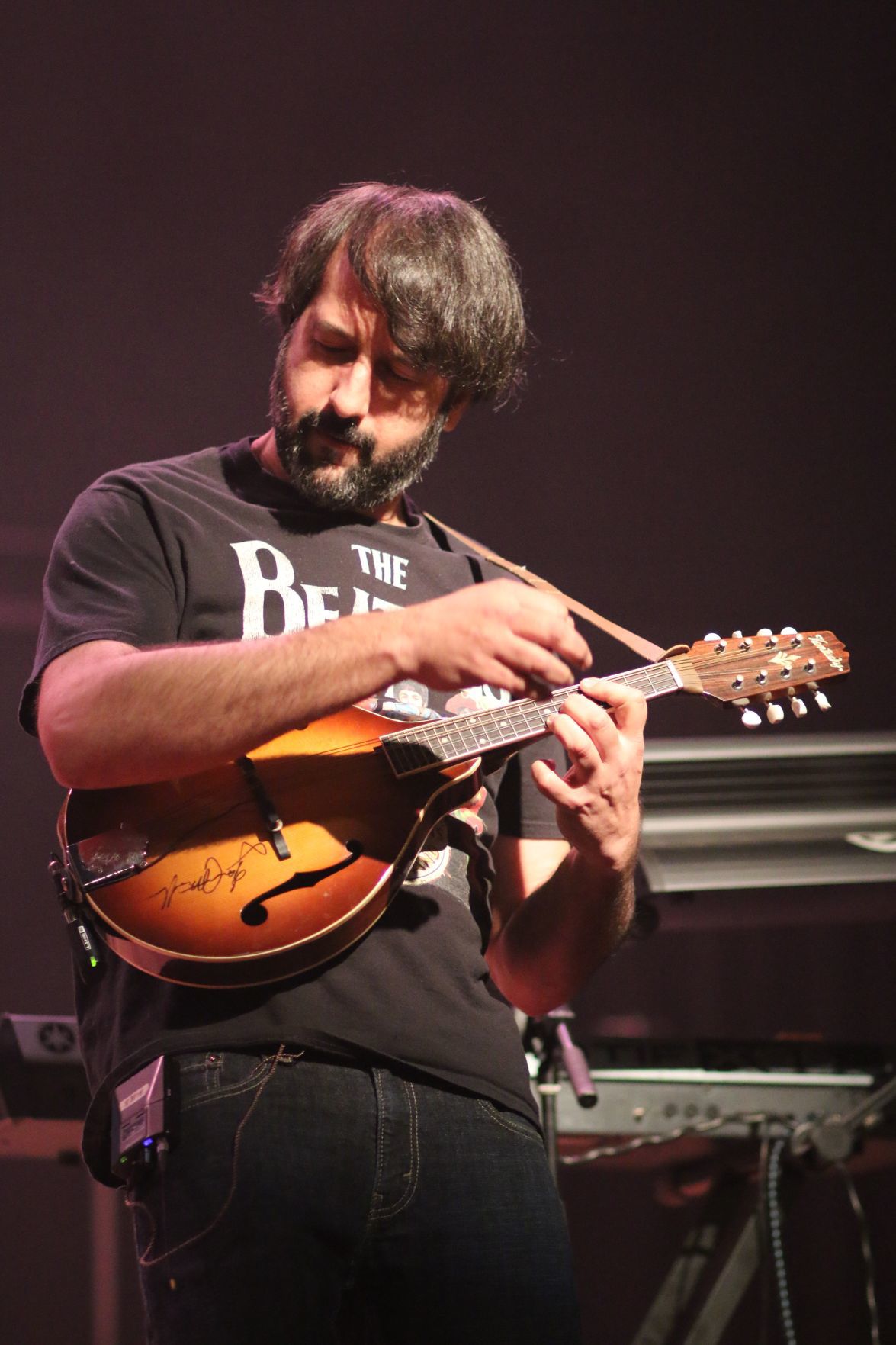 A member of the Spare Change band plays mandolin at the State Theatre on Jan. 10 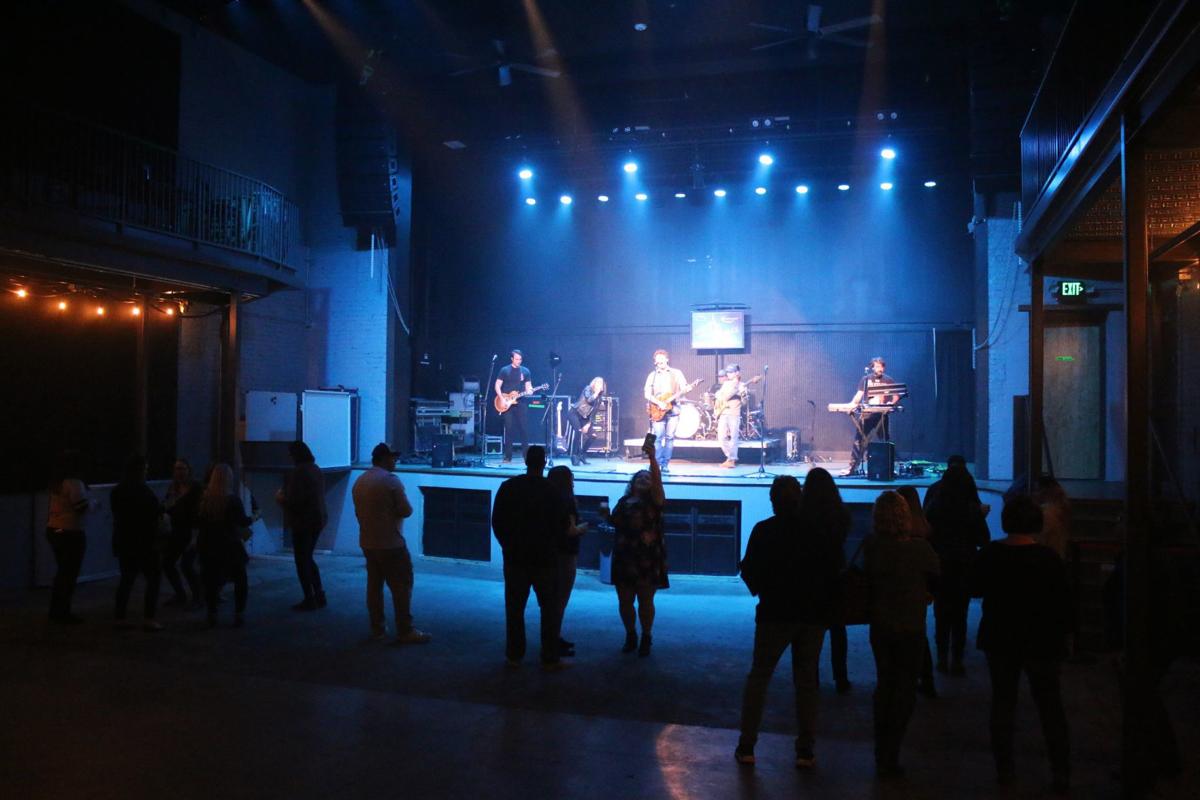 Fans enjoy the Spare Change band at the State Theatre on Jan. 10.

State Theatre Staff was Scene Around at Spare Change at the State Theatre, Jan. 10, 2020.

State Theatre DJ plays music before show while Scene Around at Spare Change at the State Theatre, Jan. 10, 2020.

Town Lady Group was Scene Around at Spare Change at the State Theatre, Jan. 10, 2020.

A member of the Spare Change band plays mandolin at the State Theatre on Jan. 10

Fans enjoy the Spare Change band at the State Theatre on Jan. 10.

It must be a state secret.

Locals know the colorful history behind The State Theatre in the heart of Greenville. Folks who have been around a while will forever know the area as “downtown,” like Petula Clark’s 1964 hit. It conjures memories of not only the old theater, but Globe Hardware, The Attic, and Diener’s Bakery. Today’s modern marketing moniker with positive spin is “Uptown.”

The State Theatre on Fifth Street, across from Five Points Plaza, is not just physically at the heart, but historically at the heart as well. I remember taking my children to movies at The Park Theater (as it was then known) for $1 back in the early 90s. But the site’s storied past goes back much further than that, as a historic building constructed the year World War I began.

But it has been in a state of change. When word came out that the structure was being repurposed as a music venue, many in the community heaved a collective, “Yes!” And when the doors opened last year — it celebrated its opening on Saturday — they responded with a resounding, “Finally!” as it seemed that due to construction delays, the project would never come to fruition.

I walked through the doors for the third time since its opening earlier this month. The first time was for a David Bowie tribute show, Stardust to Ashes. The second was for a Johnny Cash tribute, Cash Unchained, then on Jan. 10 for Spare Change, a band well known in local parts, hailing from La Grange.

The first time I was in a state, not knowing what to expect, so arrived way too early, anticipating long lines and having to jockey for position to see the band. Instead I found myself wishing I could be fruitful and multiply ... clone myself to make a more appreciative audience. Not by nature a demonstrative person, still, I whooped and clapped and carried on in uncharacteristic fashion, trying to compensate for the madding crowd in absentia. Anyone seeing me would have been in a state of shock. Not that the audience there wasn’t enthusiastic. They (and I) knew we had somehow stumbled upon the concert lottery.

“It’s like they’re putting on a private show just for us,” I stage whispered to my sister. She agreed heartily enough, but we couldn’t even luxuriate in our good fortune. We knew the band and the people taking a chance on a live music venue in Greenville deserved better.

The building interior is state of the art. The stage is high and nicely outfitted with excellent acoustics and dramatic lighting. The first time I went, I sat on a stool in the balcony. The other two times I stood on the main floor in front of the band. It was apparent that with the size and configuration of the building, there was not a spot in the house.

Even though I can appreciate on some level large music venues like Walnut Creek in Raleigh, the last time I went there, I was so far back that anyone could have been on the stage. Without the aid of large projection screens, I wouldn’t have known who I was there to see.

In contrast, a venue like The State Theatre offers such intimate proximity to the band that it’s possible to spot the spittle. It’s plausible to imagine the guitar player is coming to the edge of the stage, just a few feet away, to play his solo just for you. And as far as the main floor not having seating, that may be a different dynamic for folks of a certain age (such as myself) but I realize that at many concert venues it’s not unusual for everyone to stand, by choice, even when there are comfy seats at the ready, because fans are excited and want to see the band better.

Pardon me if I state the obvious about the talent that is being featured. The venue is offering a variety, but a number are tribute shows or regional acts. And that has highlighted a comfortable truth: that there are an astonishing number of talented musicians among us, whose names are not recognized, but when they play, their talent is.

I would have loved to have seen David Bowie in concert, but alas, I never did, and now I never can. But I enjoyed the next best thing. When Stardust to Ashes began “Ch ch ch changes,” the excitement was palpable. Among the privileged audience were David Bowie fans to the core, as one might assume from the costumes they wore ... turquoise jacket and matching eye shadow, topped off by spiked red hair.

In the case of that tribute show and the Johnny Cash tribute, the “stars” were gracious, saying they were not trying to “impersonate” but to honor musical legacies. And they did astonishingly good jobs, clearly having studied their idols thoroughly and practiced riffs and intonation. My heart was warmed when the star of Cash Unchained humbly announced, “Thanks to whomever in the audience offered to buy us a round of drinks. Funny story ... no one in the band is over 21, so we had ginger ale.” And yet, they were ensuring that Johnny Cash’s legend lives on for the current generation.

My most recent visit to was for my birthday, when Spare Change was playing. I considered them something of a party band and I wasn’t completely sure how much I’d enjoy it, but it wasn’t long before I was mumbling to my sister, “They’re better than I expected,” and “This is thoroughly entertaining.” From the hot mandolin solos, to the bass player who was no treble to watch at all, they gave the audience more than spare change. The band played as if they had an audience of hundreds, with a variety that included a gamut from “Play that Funky Music White Boy,” to “Dust on the Bottle,” and even some Backstreet Boys. My facial expression vacillated between slack-jawed-awe to sustained smiling, without me even realizing it.

Maybe the Greenville collective imagines it’s for another demographic group, or that’s it’s only for a rowdy, heavily drinking party crowd. Or maybe that it’s not safe to be in the area at night. On all three occasions that I’ve been, always in the company of my hip-and-music-appreciating sister, we were surprised by the ease of the experience.

“Wow,” we exclaimed to ourselves, “it is so nice not having to drive to Raleigh at night ... that we’re able to see shows of this caliber locally.” Ticket prices were very reasonable, we had no trouble parking, and were greeted at the door by friendly young men who affixed a band around our wrists.

If we had wanted a beverage, we could have purchased it in the lobby. There was no one interrupting us throughout the night asking us if we wanted to buy a drink. On all three occasions, the audience included such a variety of the young and the young at heart that everyone felt comfortable.

They had a common denominator: they were loving the music and any burdens they had were checked at the door.

I don’t believe it’s an overstatement to say that the past and the future blend harmoniously in The State Theatre. Support this musical treasure, keep it alive, or it will be lying in state, mourned by music lovers all over our town.

Subscribers may visit this story on reflector.com to check out Scene Around photo galleries from the Spare Change concert and Saturday's anniversary show with Cosmic Charle.

SCENE AROUND Spare Change at the State Theatre, Jan. 10