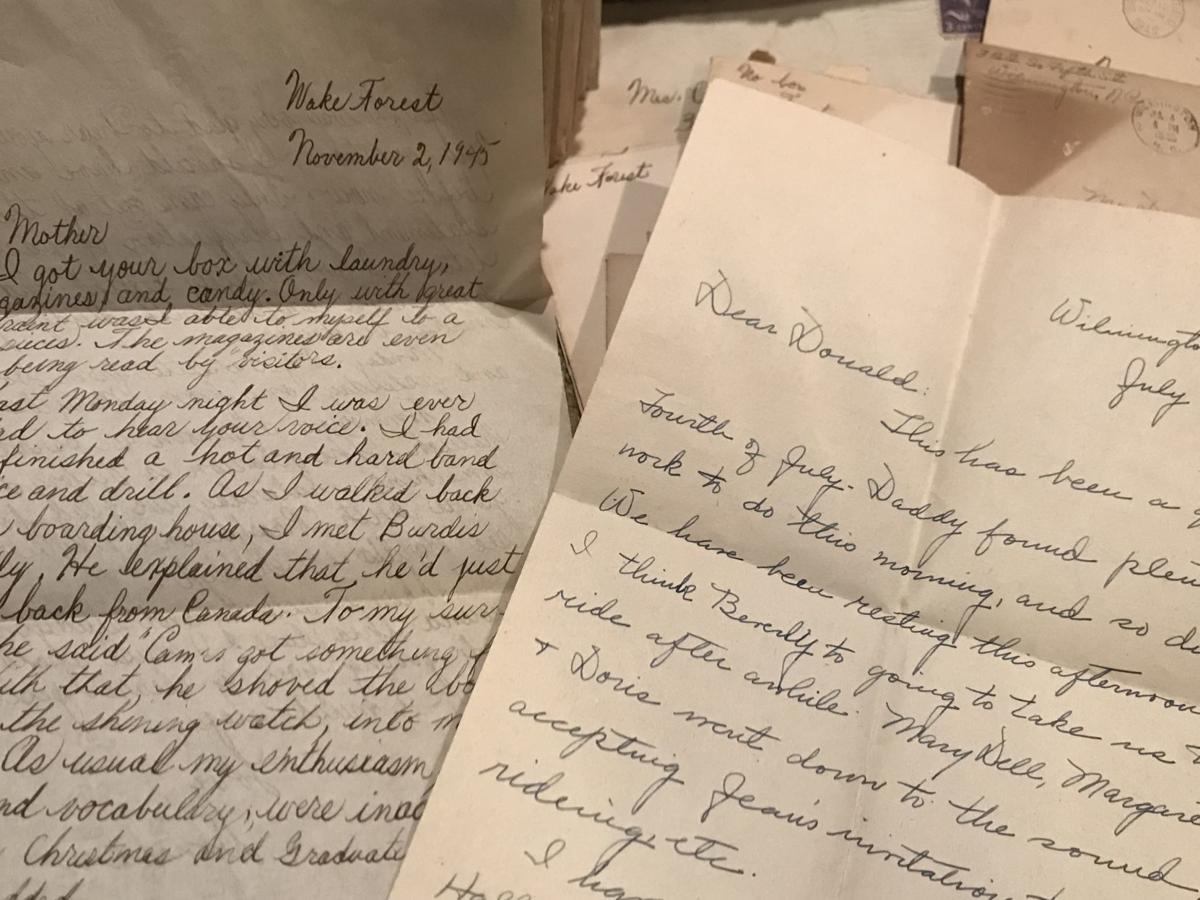 Letters between Donald Fales Davis and his mother chronicle times past. 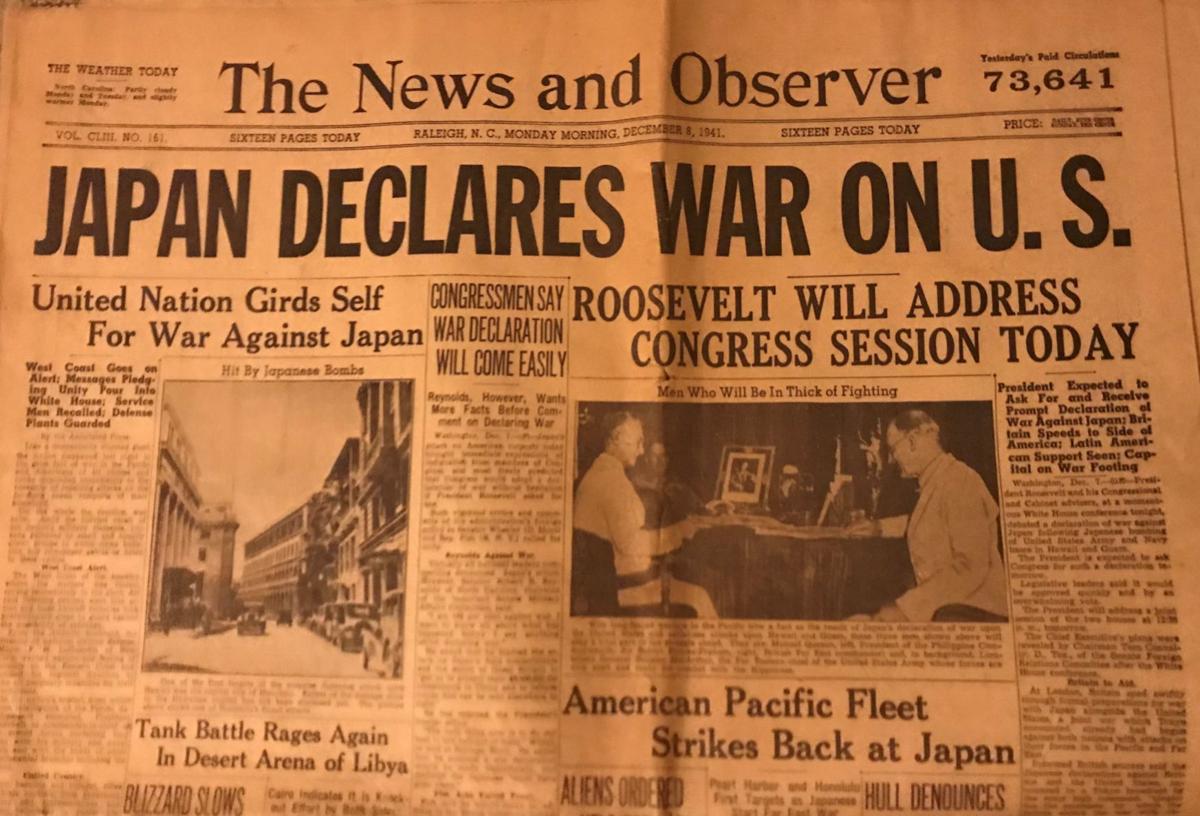 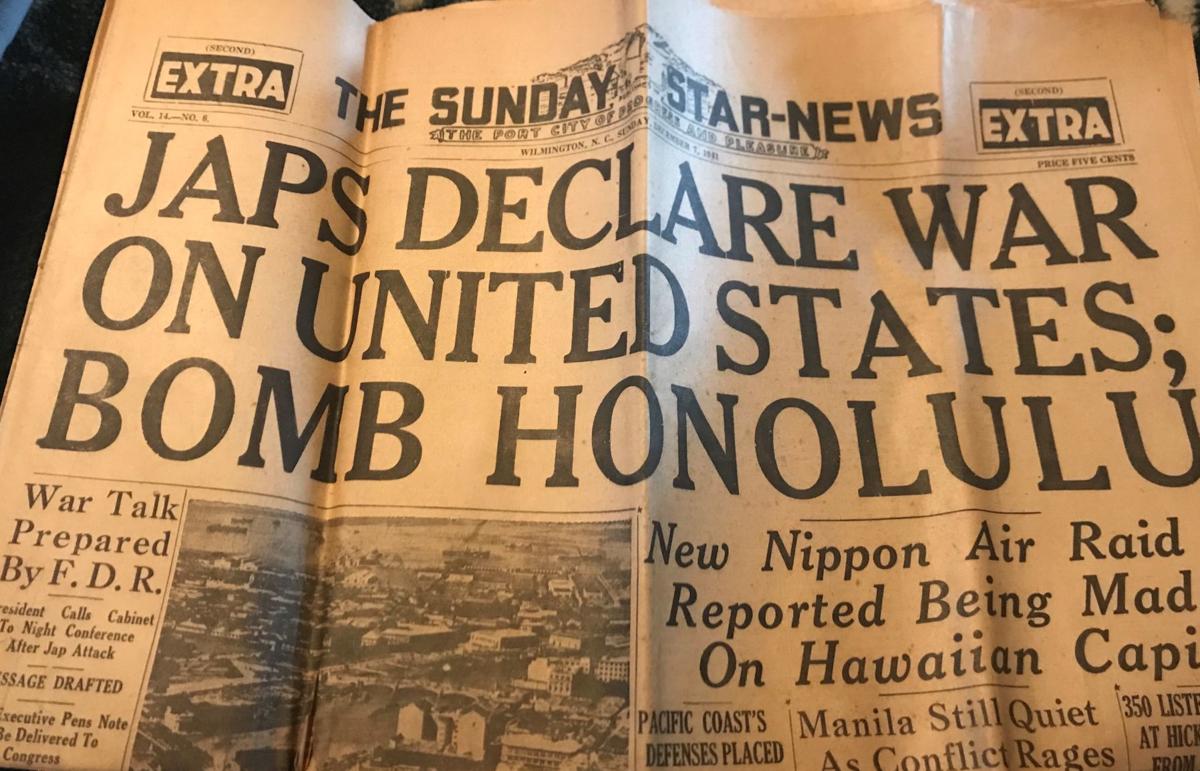 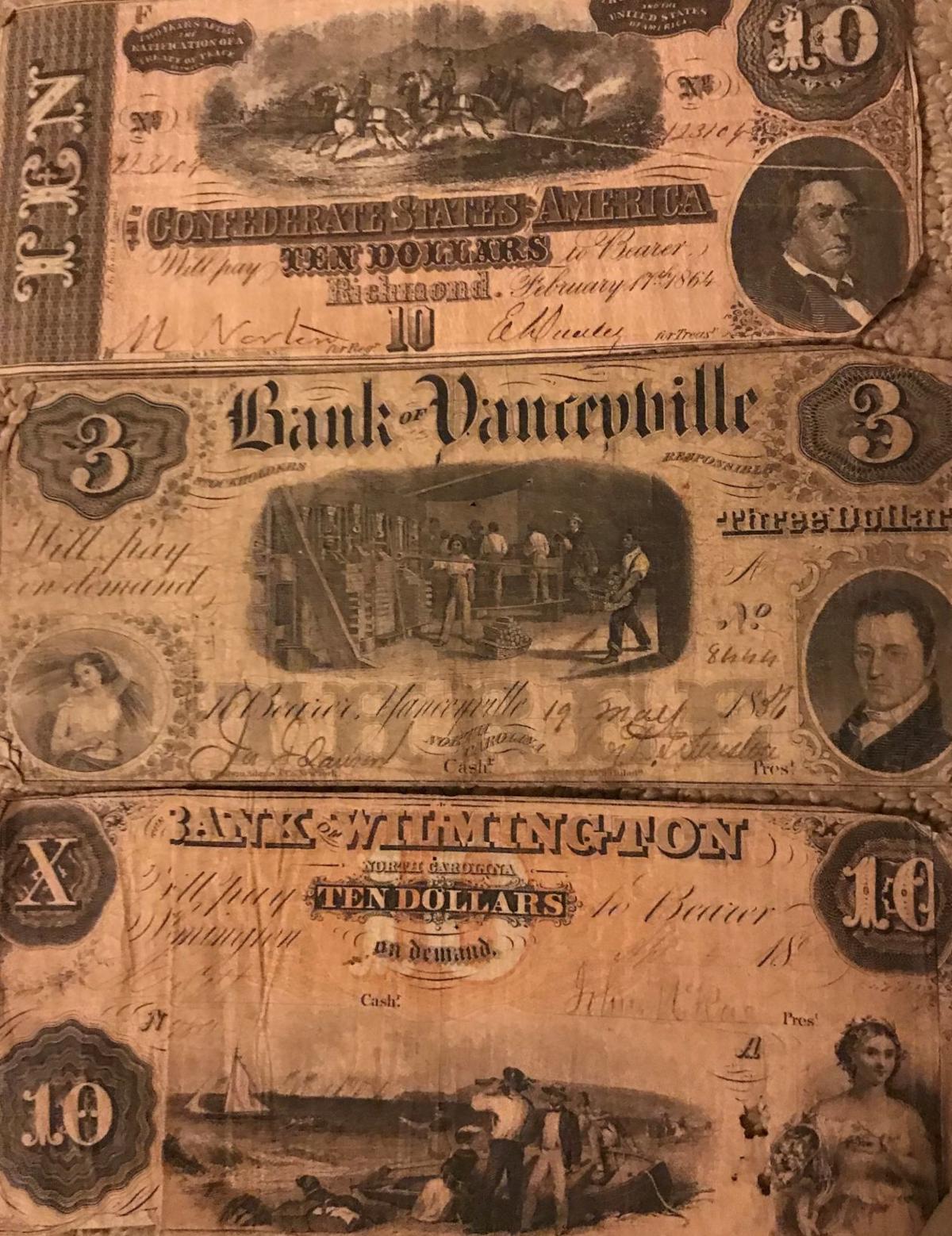 Letters between Donald Fales Davis and his mother chronicle times past.

Bits of sepia colored, brittle paper fragments leave a trail of confessional confetti across our living room floor, despite my careful handling of the disintegrating cardboard boxes containing letters, newspapers, photographs, and all manner of tangible memories that survived time travel.

I wrestle with a feeling akin to the guilt one might have if caught covertly reading a discovered diary. Daddy was a hoarder, and if not for the quality that these days is so despised, I would never have had the opportunity to shed copious tears, discovering the grandmother I never knew and revealing hidden layers of sensitivity in my father.

But if my father and his mother before him had not wanted these items to live in perpetuity as a bread crumb trail to the past, point-in-time peepholes, they would not have kept them so carefully preserved. At least I tell myself that.

Drawing from the archives of childhood, I remember Mama’s many efforts toward bringing order, as was her nature, out of the creative chaos that was my father. Most of the house showed signs of being firmly under her reign, every coffee-table book neatly displayed, “everything has a place and everything in its place,” but there were niches, such as his “workroom” in the basement, where the door remained closed and the cacophony of clutter was allowed to clamor unchecked.

But occasionally, even that became too much for Southern Living Mama, and she’d start cleaning, filling large garbage bags with debris, and lining them up near the garbage can outside. Eventually she would learn that unless the entire transaction could take place, including the hauling off of trash, while Daddy was at work, it was doomed the fate of fruitless endeavors. If he was home to witness it, no sooner would the garbage bags start being filled before he was going through them, rescuing precious items that Mama, with the myopia of a clean queen, was unable to discern. A segment of tubing? It wasn’t trash; it was an instrument.

I have enough of my father’s blood to be exactly the same way, but enough of my mother’s to have remorse over it.

Still, as I lift an enormous scrapbook from one of the boxes, I appreciate Daddy’s inability to let things go, to see the treasure amidst the trivial: Childhood Sunday School certificates, Boy Scout booklets, a Confederate States of America $10 bill, dated Feb. 17, 1864, a $10 note from the Bank of Wilmington of North Carolina and a $3 note from the Bank Of Yanceyville, both from the 1800s, a $2 bill from 1928, grade school essays, Uncle Horace’s draft card.

My first time through, I marvel at each item as I find it, like being a 5-year-old again and visiting the candy store on Center Street in Goldsboro, with its old-timey ceiling fan and crystalized sugar on sticks and dental-work-ruining-Mary-Janes. The scrapbook is not neatly arranged with photos and captions chronologically organized and pasted. That would have been the work of a different kind of person. The scrapbook is arranged more like my pocketbook, a catch-all hodgepodge of accumulated bits and pieces, both carefully and carelessly kept, tangible leavings of living.

Layered throughout the box are bold reminders of the times: “Japs Declare War on United States; Bomb Honolulu,” the headline of The Sunday Star-News, the local newspaper from Wilmington, dated Dec. 7, 1941, declares. The News & Observer, dated Dec. 8, 1941, is included for good measure: Japan Declares War on U.S. My father is 14 when these headlines break, and even at that age has to be aware history is being written all around him. He can’t be certain how it will end, despite confident patriotism, and the global turmoil works its way into even his creative writing assignments at school.

A story he wrote, tucked between pages of the scrapbook, features a boy, “Johnny,” who discovers a swastika on a stranger’s pamphlets and through a series of hair-raising adventures, the boy is able to turn over spies, the “formerly bold members of the ‘Master Race,’” to the authorities. But his evenly written childhood cursive handwriting speaks of his mother in the fondest of terms, saying “Mother has undoubtedly been the most important influence in arousing my interest in reading and the preparation of lessons. Generally, of course, she has been the most important single person in my life.”

To that his teacher writes in pencil cursive below it, “Naturally she has been, but it’s wonderful for a boy to admit it. I hope you tell her so.”

And the letters. It takes me a while to grasp how unusual it is to have access to both sides of the letter writing equation. This means my father must have kept every letter his mother sent to him while in college at Wake Forest between 1945 and 1948 — when Wake Forest was really in Wake Forest. And then he had to have brought them back home, faithfully, where his mother kept them, along with his letters to her, until her death in 1965.

The tell-tale signs of war make their way onto the pages. “We really had a roast for dinner today — the first beef in ages. Can’t find bacon nor pork either. I’m thankful there are plenty of vegetables,” his mother writes from Wilmington.

“There is a rumor (always unofficial) circulating that insists the College will have to close by Sunday if new supply of coal doesn’t arrive. I consider this the product of ‘wishful thinking,’” he writes back.

Donald Fales Davis would eventually be able to add the letters “MD” after his name, like his older brother, and enjoy a long career practicing psychiatry. But at 18, he was a vulnerable piccolo player in the Wake Forest College Marching Band, with a loud roommate who kept him up until 1 a.m. When he occasionally got upset with his roommate’s inconsiderate habits, he wrote home, Ira furor brevis est (anger is brief madness), evidence of the Latin classes he was taking and perhaps an early hint of his professional destiny. 1965 is clearly the year the time capsule is packaged and frozen in time. Newspapers wrapped around photographs and even small pictures that hung on the walls in the Wilmington “Durham-Davis” house in what is now known as the “historic district” are the 1965 centennial edition of the News & Observer. But that’s just the year the items were gathered and bundled into boxes. Those boxes had to follow my parents, unscathed, for 55 years from Wilmington to Wilson, to Goldsboro to Grimesland, to their current resting place in Greenville.

My circumstances while navigating the material added an especially surreal quality to their perusal. Home from work, sick with heavy cold symptoms and then conjunctivitis, I peered through blurry eyes from the antibiotic ointment, and heard as if underwater, so I felt like I was looking through an old beveled portal back in time.

Sprawled unceremoniously on the living room floor, trying to spare the living from contagion, I was taken aback when I came across an excerpt from my father’s letter to his mother in October, 1945, while he was at Wake Forest, in the same condition: “My right eye is still running. There is a ‘headache’ just behind it. Obviously I have a ‘cold in my eye.’ This will clear up very soon, I feel sure.”

That made me understand why people believe they’ve been touched by an angel, or received communication from the beyond. But even if there are perfectly plausible scientific explanations of probabilities and such, I think those with whom I share a genetic legacy would surely have been moved to think that they were capable of causing such an impact so many years after their earthly lives ended.

And so I almost guiltily set about to bring some organization to the lot, replacing the decaying cardboard box with newer fangled material, thanking the U.S. Postal Service for its faithful date stamps, filing the letters, all hand written on proper stationery — his embossed with Wake Forest at the top, and hers with Wilmington, North Carolina, in order chronologically.

Like a contemporary chain-watcher of Netflix, absorbing whole seasons of a show in a sitting, I settle down to unravel a thread in the tapestry of North Carolina, being transported back to 1945, starting with Dear Mother ...