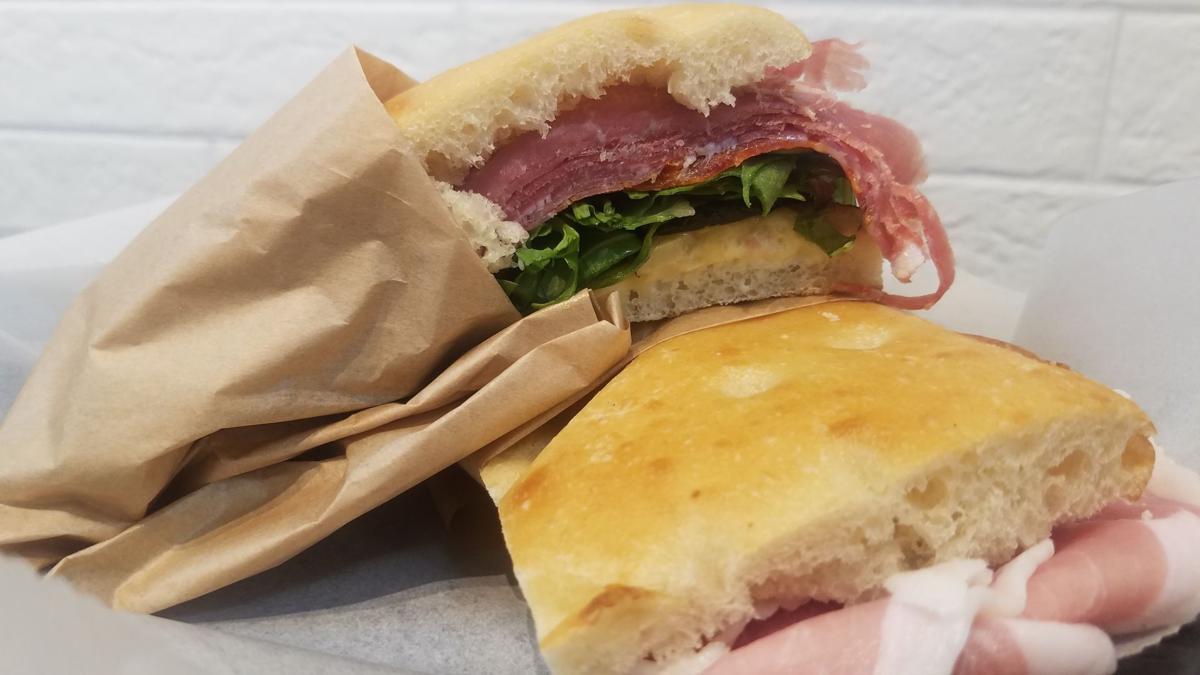 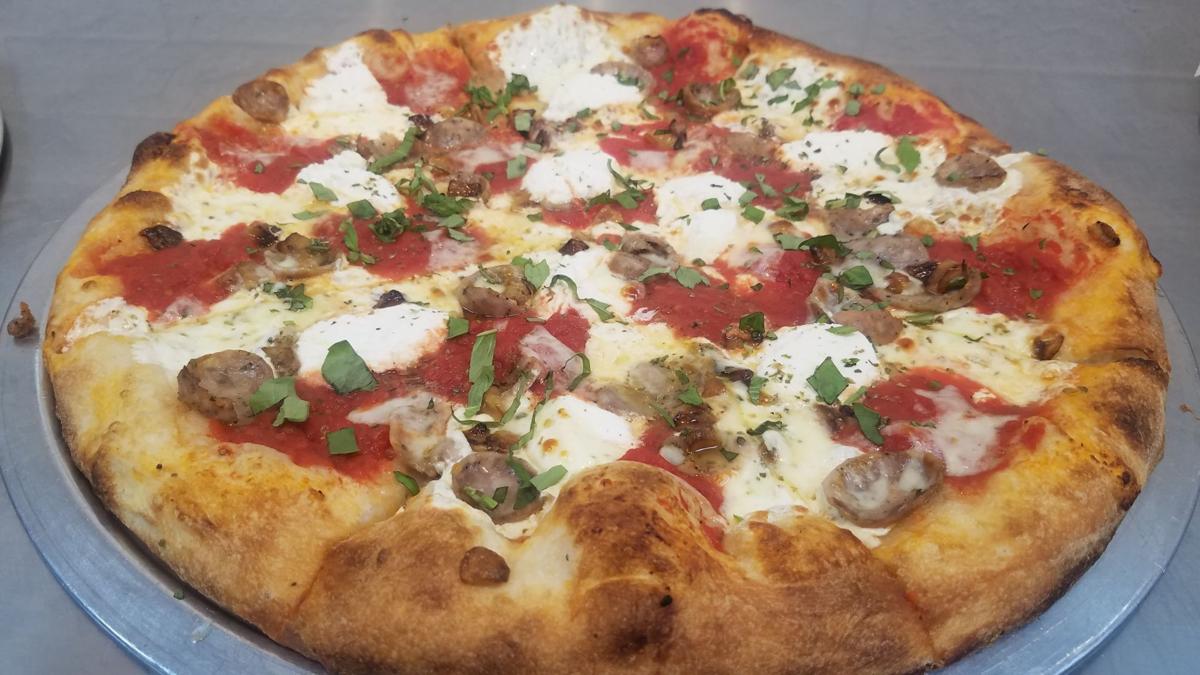 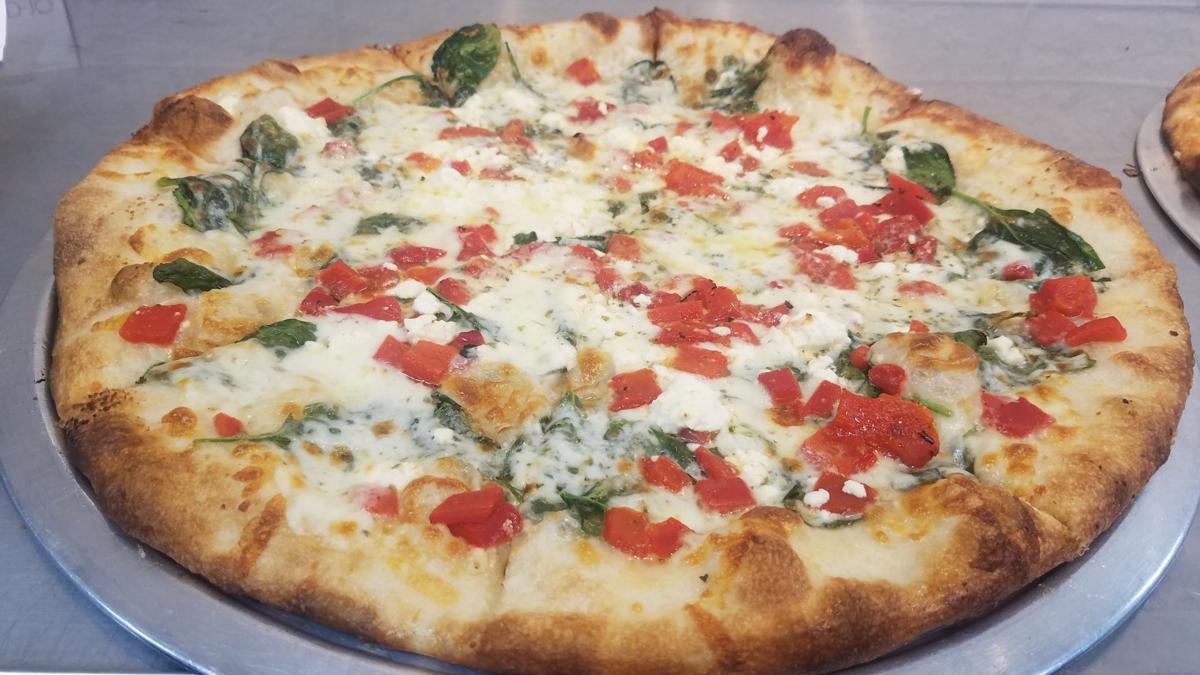 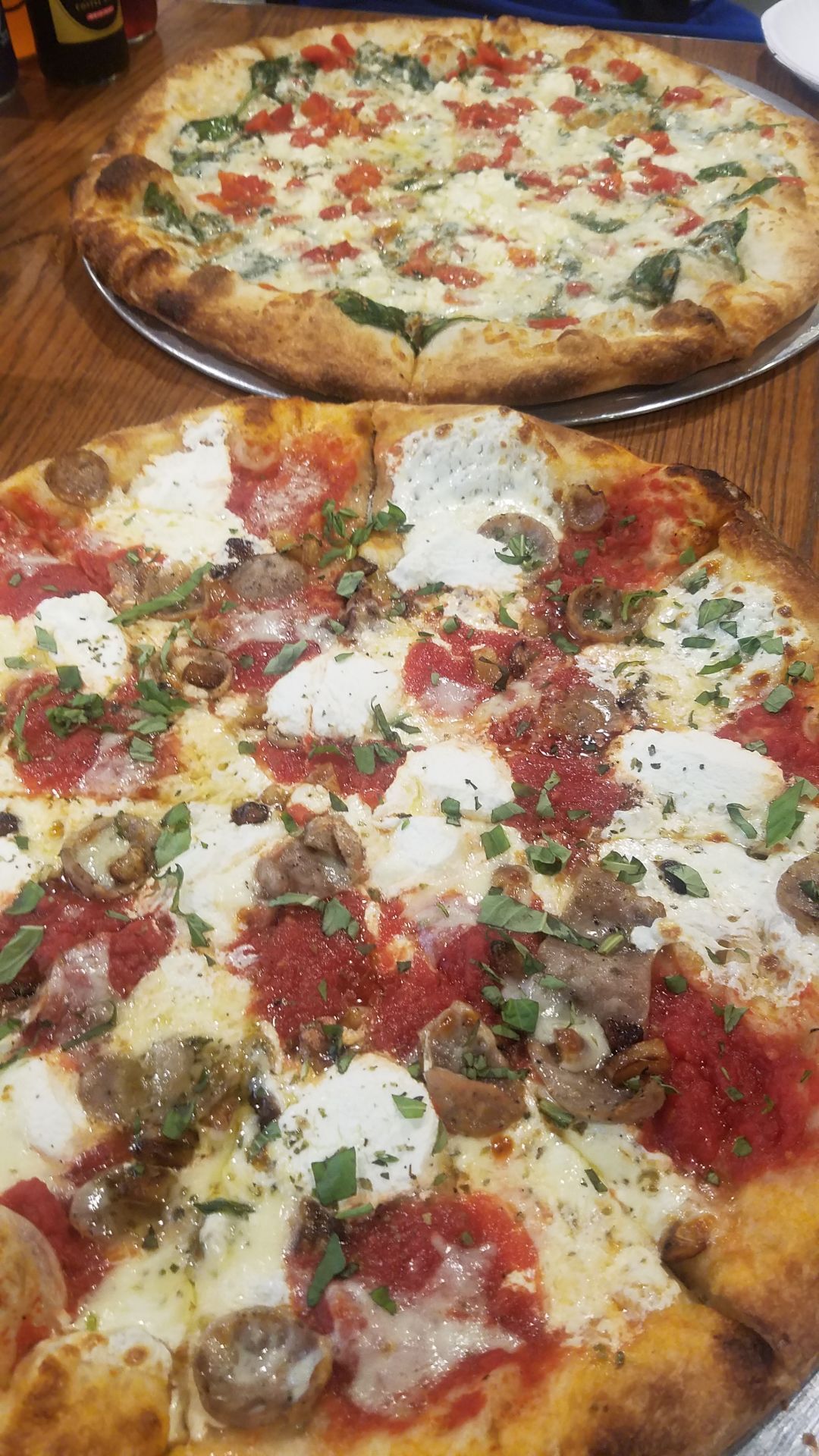 The Massimo, front, and Soho pizzas.

The Massimo, front, and Soho pizzas.

It’s estimated that on average, Americans eat 3 billion pizzas per year, which breaks down to about 40 pizzas per person per year. From thin crust to thick crust to pepperoni to a smorgasbord of toppings, pizza is a dynamic and addictive dish for the masses. Pizza is a culinary symbol of unity born in the humble streets of Italy hundreds of years ago with food, family and tradition at its center.

Marbella Old World Pizza got its start in Italy. Its story dates back to the 1940s in Sicily when patriarch Salvatore Amato was working in the town’s bakery during the war. In 1969, he and his son-in-law, Nino, opened their first Italian bakery. Salvatore stayed at the bakery in Italy; Nino immigrated to New York City in 1972 and was hired at Italian Food Center, the landmark deli in Little Italy. He baked bread and pizza for famous clients like Frank Sinatra, Dean Martin, Tony Bennet and Ronald Regan.

He passed down his baking and business knowledge to his two sons, Salvatore (Sal) and Pietro. In 1984, the sons opened their first pizza shop called Marabella in Brooklyn. In the 1990s, Sal’s sister married Massimo and he joined the family business. Sal and Massimo left New York in 2006 and opened the first Marabella Italian Restaurant in Washington, N.C. In 2009, they opened Marabella Old World Pizza in Greenville.

The restaurant focuses on making traditional pizza the way it is made in Italy and real New York-style pizza as well as panini and panzerotti, appetizers, salads and a variety of pasta. They make fresh dough, sauces, mozzarella cheese, pasta and meatballs on the premises in all of their locations. Just this past July, the family opened its newest location in Winterville at 781 W. Fire Tower Road.

The new location has high ceilings with an open kitchen where you can watch your pizza being made and a delicatessen case featuring Italian meats and cheeses available for purchase. Meats include prosciutto di parma, capocollo, pepperoni, ham, spicy salami, mortadella and pancetta and cheeses include mozzarella, brie, provolone and pepper jack. Pizza dough and imported Italian sodas are available including an amazing Manhattan Espresso soda, root beers, orange and black cherry sodas and sparkling waters San Pelligrino.

The menu offers many inventive sandwiches. Their No. 1 Prosciutto Schia sandwich will take you straight to the cobblestone streets of Italy. It starts with fresh baked schiacciata flatbread. Inside they add a thick slice of brie, layers of sliced prosciutto di parma and spicy salami along with grilled sliced zucchini and fresh arugula. The last step is to drizzle the inside with glossy truffle honey. The soft chew from the bread mixed with the spice and brine from the salami, soft buttery brie, peppery arugula, mellow zucchini make this Italian sandwich heaven. The smooth truffle honey lends a sweet, soft mushroom finish at the end. They are also known for their chicken focaccia sandwich, eggplant and chicken Parmesan, Philly cheesesteak and traditional Italian subs and wraps.

Marabella pizzas all start with a handmade dough that is still to this day made by Nino himself, who can be found in this new location showing the staff how to shape and bake it. Their Old World Style pizzas are the classics made with mozzarella and tomato sauce, like the Margarita topped with red sauce, white mozzarella, and dotted with fresh green basil. You can choose the simple Mondello with arugula and prosciutto, or go for super authentic with the La Roma with banana peppers, anchovies, and kalamata olives. I started with the Massimo Pizza which features provolone, mozzarella and cheeses, Italian thin sliced sausage, roasted garlic, olive oil and basil. Flavors of savory, peppery sausage pair beautifully with rich, nutty and creamy cheeses. The garlic oil melts into the dough offering up buttery, garlic infused crust.

Next, I tried one of their new New York style pizzas, the SoHo. This flavorful pizza starts with feta and mozzarella cheese, fresh spinach, roasted red peppers, garlic and olive oil. It is a true work of art, and Pietro, who has an architectural background, says he named it the SoHo after the posh and trendy architectural district in New York City. This was his version of a pizza that was not only visually appealing with its layers but its classy flavor combinations. This pizza has no red sauce so the olive oil and garlic provide the glossy base with a salty and pungent bite from the feta paired with sweet red peppers along with mellow spinach. Other New York style pizzas include the classic and crowd favorite, the Marabella, with pepperoni, sausage, beef, ham, bacon, mushrooms, green peppers, onions, mozzarella, and tomato sauce. Two other new pizzas are the Harlem, with smoked mozzarella, bacon and pineapple, or the buffalo chicken with grilled chicken, mozzarella, ranch, and hot sauce.

No matter what you try at any of the three Marabella locations, you are sure to find a pizza, pasta, sandwich, salad and even a dessert that will take you to Italy. For more information on the new Marabella Old World Pizza, or to order curbside, drive-up or walk-in, call 252- 214-7426 or visit their website, www.marabellatogo.com.

Pitmaster Sam Jones of Sam Jones BBQ in Winterville and Skylight Inn BBQ in Ayden is hosting an interactive cooking demonstration at 2 p.m. on Saturday on Chefsfeed. Jones will be guiding participants through the process of making his smoked turkey breast — a dish that can easily be replicated at home and is perfect for autumn-inspired gatherings or family meals. Chefsfeed is an expert-powered food and drink website and app that connects people to authentic food and dining experiences. For more information, visit https://experiences.chefsfeed.com or call 913-232-6604. Tickets for the event are $30.