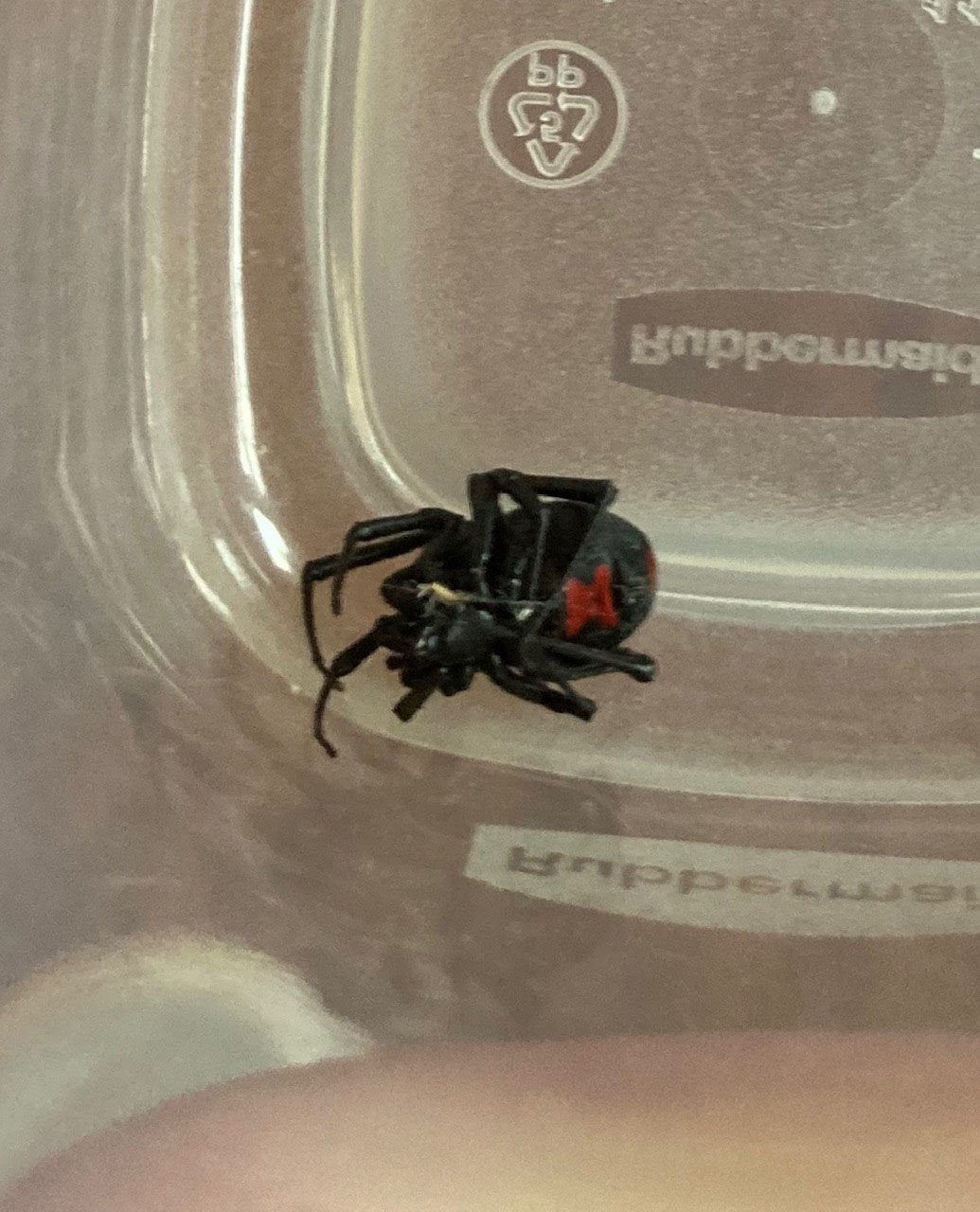 Black widow spiders are distinguishable from black balls of thread primarily by the red marking on the spider’s underside in the shape of an hourglass.

I had a childhood friend who would turn his drinking glass upside down and give it a ketchup-bottle smack just before filling it with a cool refreshment. He developed the habit after swallowing a piece of glass along with a gulp of tea.

I might be putting my shoes on in a similar fashion for the rest of my life.

I don’t like spiders and snakes any more than Jim Stafford, who put out a hit song named after them in 1973. But spiders — or just about any other creepy bug — are more likely than snakes to fall on me and make me scream like a little girl.

Such encounters, as with most any undesirable occurrence, tend to come in threes. I failed to consider those odds the other day after encounter No. 2.

Close encounter No. 1 happened during morning coffee on the front porch. I was out there alone when a June bug flew headlong into me, attaching itself to the inside of my bare thigh.

June bugs, of course, are harmless to humans. When my siblings and I were kids, Mom taught us how to tie thread to a June bug’s leg and make it our personal flying toy. It was the kind of cheap, outdoor entertainment she grew up with before television ruined everything.

Tethered or not, June bugs cannot control their flight paths. It’s as if their bodies are too big for their wings, so they just buzz around aimlessly until they run into something.

When a flash of buzzing green clings to your bare skin with menacing, black legs, it can cause a split-second, coffee-tossing episode of horror. Fortunately, no one was around to witness mine.

There was an observer for close encounter No. 2 later that afternoon, when a bee crawled inside my T-shirt and stung my back. The pain hit as I was conversing with a stonemason constructing the walkway in front of our new house.

Mere inches from the site of the June bug attack, I spontaneously peeled off my shirt and asking the man to check my back for giant murder hornets. He didn’t spot so much as a sweat bee.

It is my hope that he considered the rising welt as some small measure of justification for my hysteria.

Needless to say, I avoided the front porch for the rest of the day. It was late afternoon when I slipped my feet into the shoes I’d left on the back porch the night before.

I immediately felt encounter No. 3 in the toe of my left shoe but assumed that my sock was bunched up.

Banging the toe end of the shoe against the concrete didn’t help, so I removed the shoe and shook out the obstruction.

I thought it was a ball of black thread until I picked it up for closer inspection.

Balls of thread do not typically have red spots in the shape of an hourglass.

Another surprise was that, despite my toe-banging, the black widow spider disguised as thread was quite far from dead.

So whenever someone asks why I always smack my shoes like a bottle of ketchup just before slipping them on, I will pull up my picture of the venomous ball of thread that tangled with my toes.