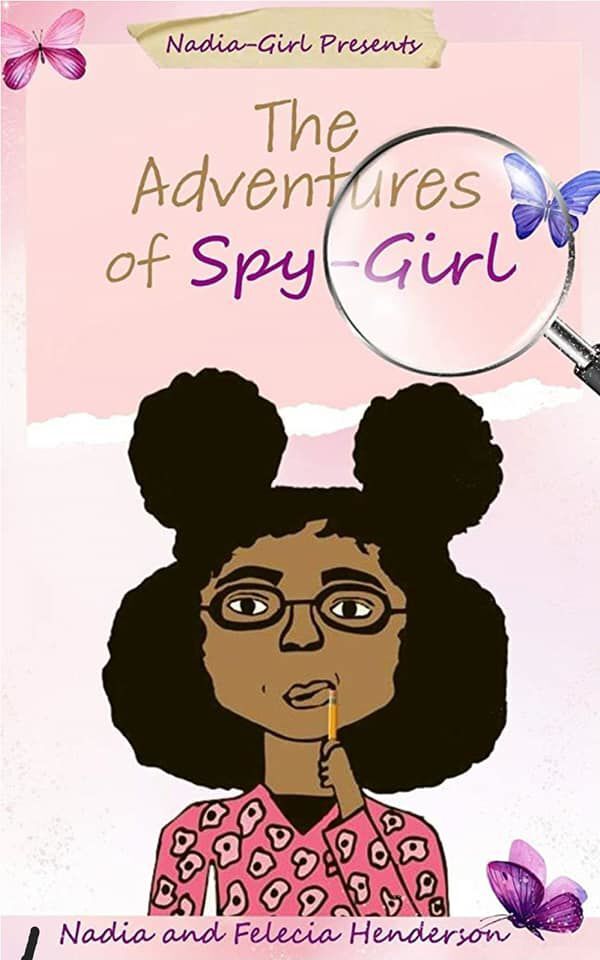 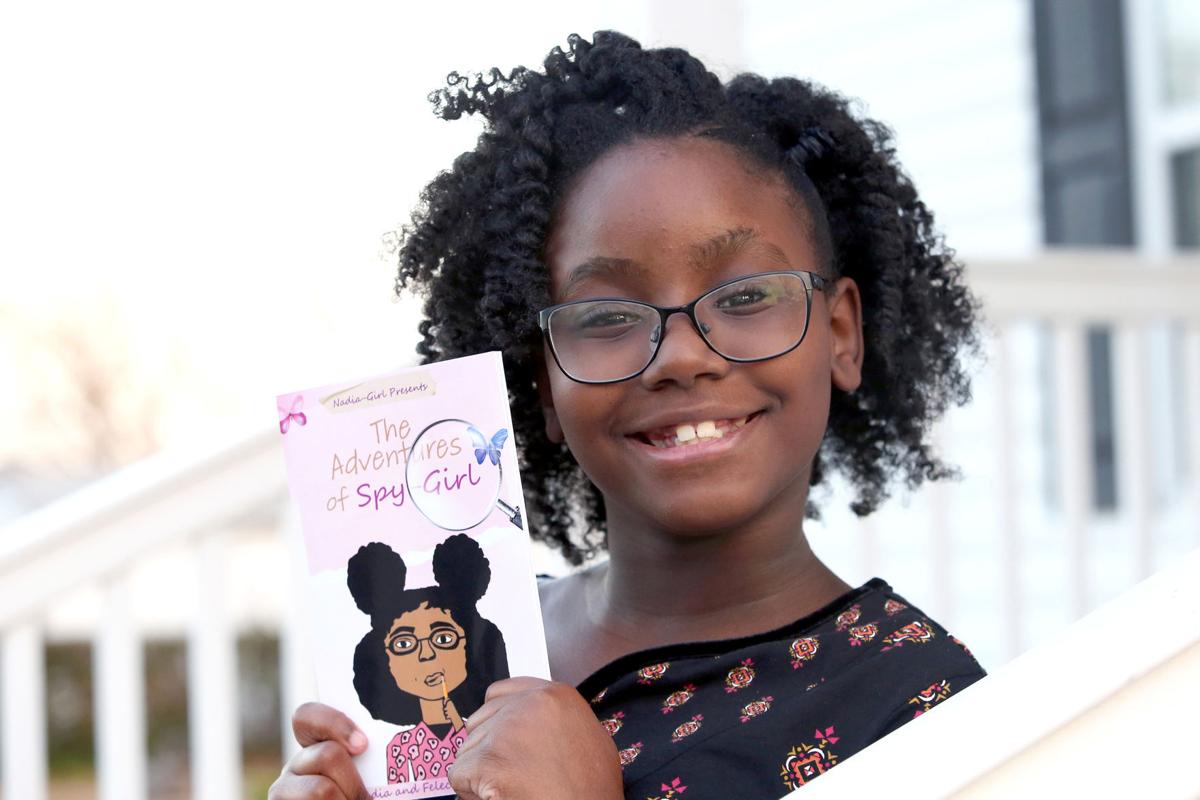 Nadia Henderson, 9, wrote a book about herself and the things she loves to do. 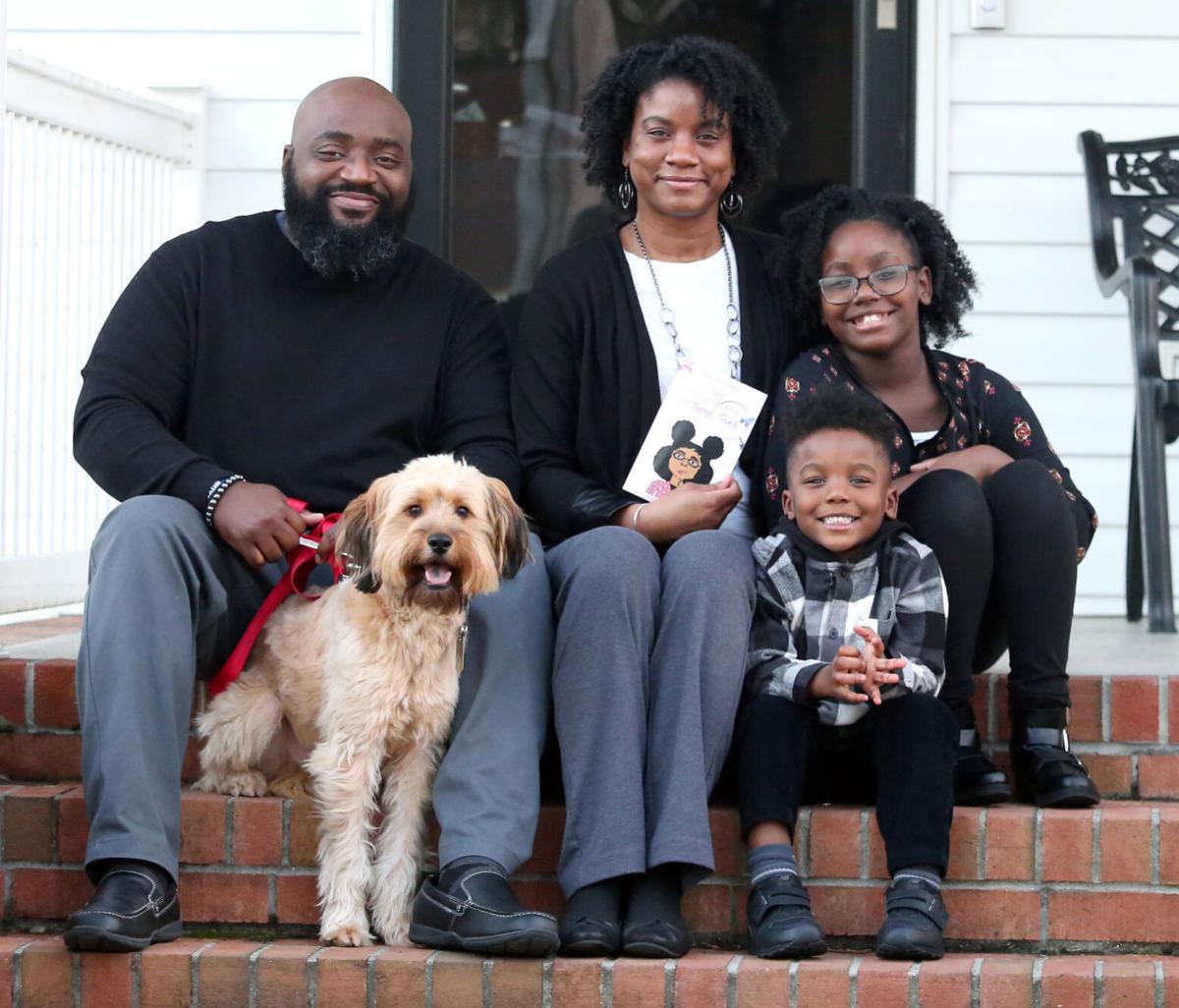 Nadia, 9, right, wrote a book about herself and her family, which includes Henry, her father, Felecia, her mother, her brother, Nolan and dog Nico. 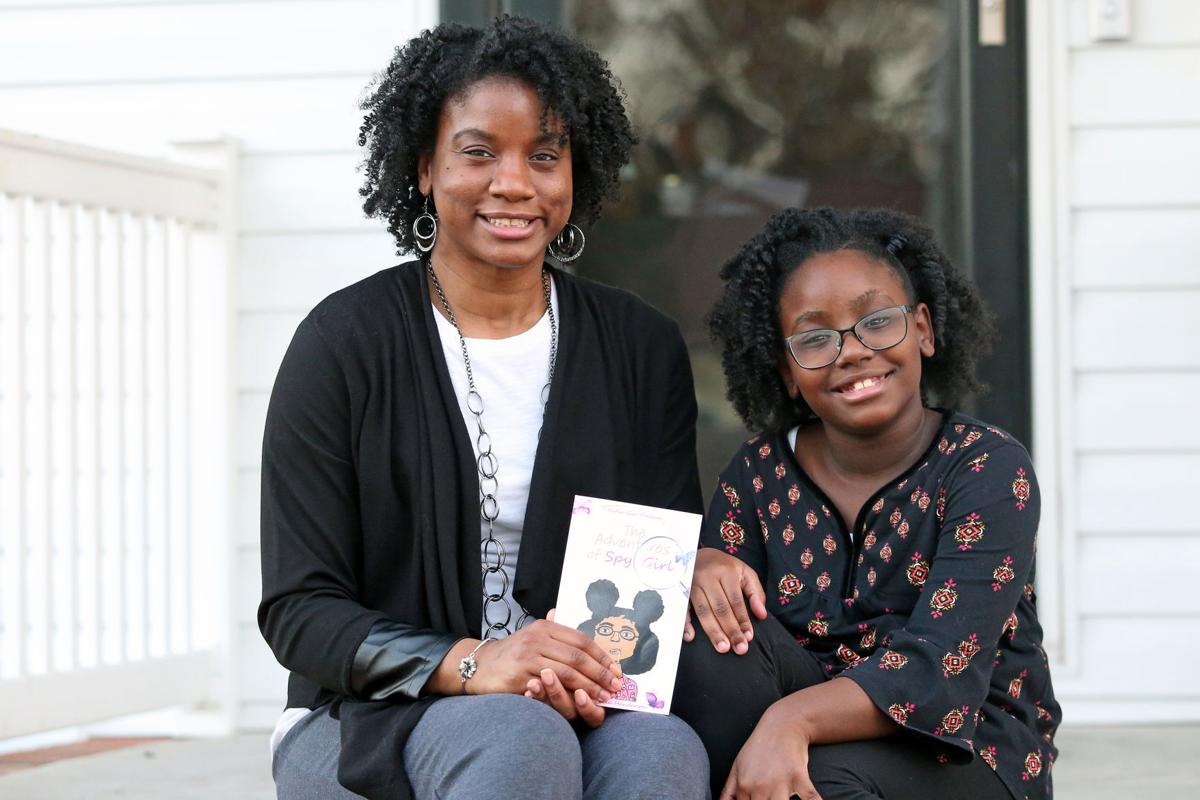 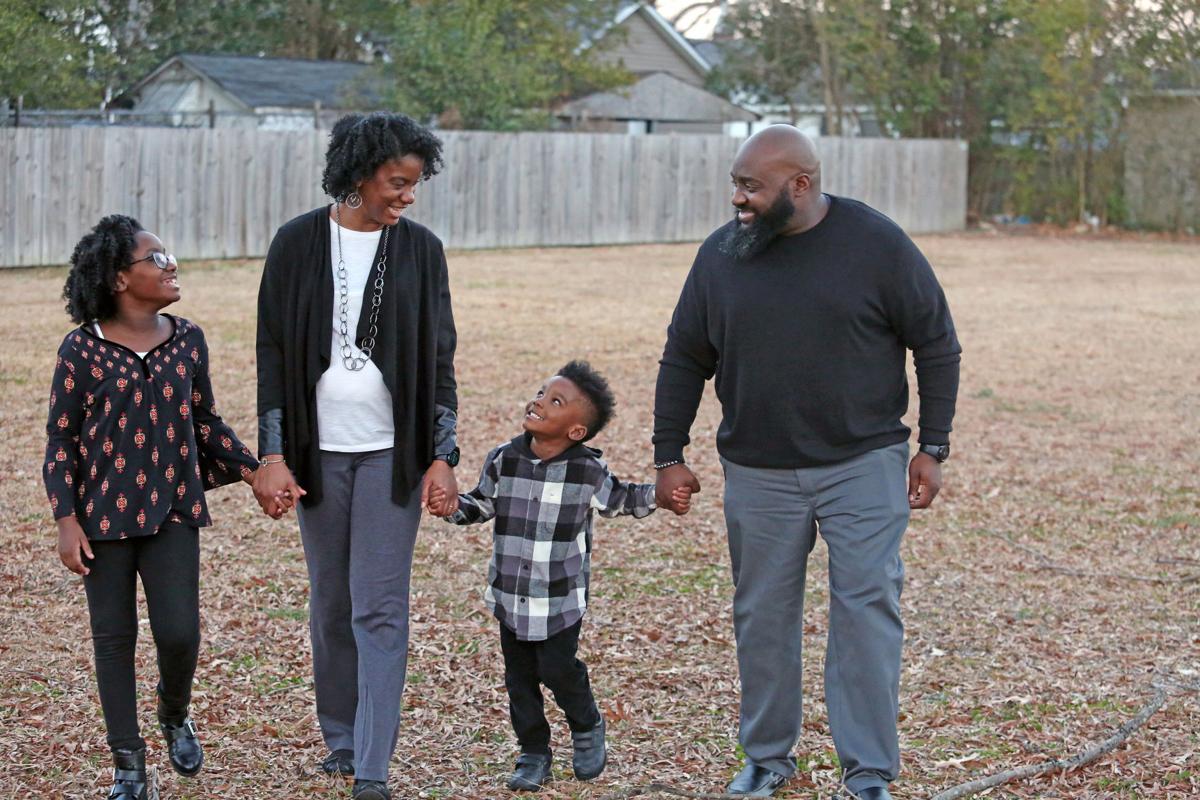 Nadia Henderson, left is 9 and wrote a book about her family, which includes her mother Felecia, her brother Nolan and her father Henry.

Nadia Henderson, 9, wrote a book about herself and the things she loves to do.

Nadia, 9, right, wrote a book about herself and her family, which includes Henry, her father, Felecia, her mother, her brother, Nolan and dog Nico.

Nadia Henderson, left is 9 and wrote a book about her family, which includes her mother Felecia, her brother Nolan and her father Henry.

It is no mystery that Nadia Henderson decided to become an author. Her dad is a teacher, her grandmother writes poetry and her mom keeps a journal and has a series of manuscripts stashed throughout the house.

But what is sensational — or what Nadia would call “SEEENSATIONAL” — is that this girl would have her first book published at age 9.

Nadia and mom Felecia Henderson are co-authors of “Nadia Girl Presents … The Adventures of Spy-Girl.” Published in December by Greenville-based Imagery Publishing Company, the 63-page book was three years in the making.

This means that at an age when most children have not yet read a chapter book, Nadia was helping to write one.

“When I was in kindergarten I liked to tell stories,” the Elmhurst Elementary School fourth-grader said. “It was usually stuff about my life and from home. They started off simple and then they got harder because I had more things to explore. I had more adventures.”

“The Adventures of Spy-Girl” tells the story of a girl who encounters a mystery of sorts on a visit to her grandparents’ house. The title character, like the author of the same name, is a cartwheel-turning, spunky grade-schooler who uses her faith and intellect to uncover a solution.

Felecia Henderson, who works as a property manager for Greenville Housing Authority, was on maternity leave with her infant son three years ago when she and Nadia, then 6, decided it was time to turn the girl’s experiences into a children’s book.

Three years earlier, mother and daughter had waited in line at Barnes & Noble to meet then 6-year-old Morgan Taylor of Greenville, who co-authored “Daddy’s Little Princess” with her father, G. Todd Taylor, in 2015. Although Nadia was too young to remember the encounter, her mother appreciated the fact that the Taylors’ book reflected children of color, something Henderson did not recall seeing often in her childhood.

“I’m an ‘80s baby, so growing up I definitely didn’t see the amount of representation in books, in media, as I do now,” Henderson said. “I feel like it’s gotten better, (but) I feel like there are greater strides to be made.”

For their book, the Hendersons wanted to steer clear of dysfunction found in Disney titles, in which children often have no family ties and are left to fend for themselves.

In addition to co-authoring the book, Henderson served as illustrator for the project.

“I didn’t even know that she could draw,” Nadia said.

Her mother replied: “None of us knew I could draw.”

Henderson began her illustration work in January 2020 but put down her drawing pencils in late February or early March.

“The pandemic hit, flipped the world upside down, and I flipped up that book with it,” she recalled. “I was like, ‘I’m not drawing this. We’re going to have to find somebody else to do it.’”

It was Nadia who persuaded her mother to refuse to allow COVID-19 to erase their years of work.

“She was like, ‘Mom, we have been spending three years on this book. I think it is time for you to try to illustrate the book,’” Henderson said. “She said ‘Mom, you always tell me (I) can do anything. Don’t give up.’”

By the fall of 2020, mother and daughter were meeting with a publisher to discuss the details of printing the first of what they hope will be a series of books. Promotions have been low-key amid public gathering restrictions due to COVID-19. The Hendersons hosted a book signing at Sain Kava & Tea Bar downtown in late January but have not yet scheduled a time to share the book with Nadia’s fellow students at Elmhurst, where she is a full-time virtual student.

Still, response has been favorable, with parents picking up the book for boys as well as girls, Henderson said. Copies, available online at Barnes & Noble and amazon.com, have been shipped to New Hampshire, Mississippi and Texas.

“Honestly it’s blowing our minds that it’s finally happening,” Henderson said. “Some people might say ‘Oh, it’s a book; anybody can publish a book.’ But when you’ve worked on something for three years and then you finally release it, it’s not something that just happened.

“We just want to be able to take that adventure with Nadia-Girl and just kind of grow with it, grow with her.”