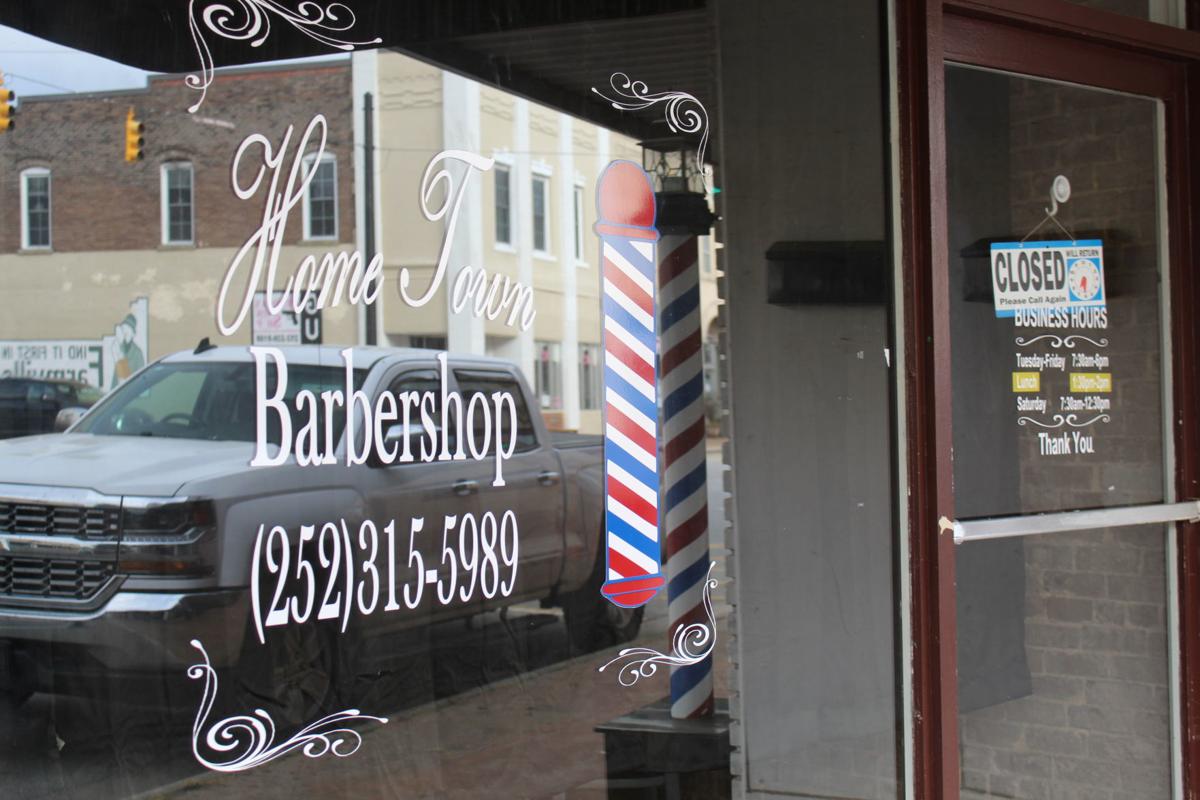 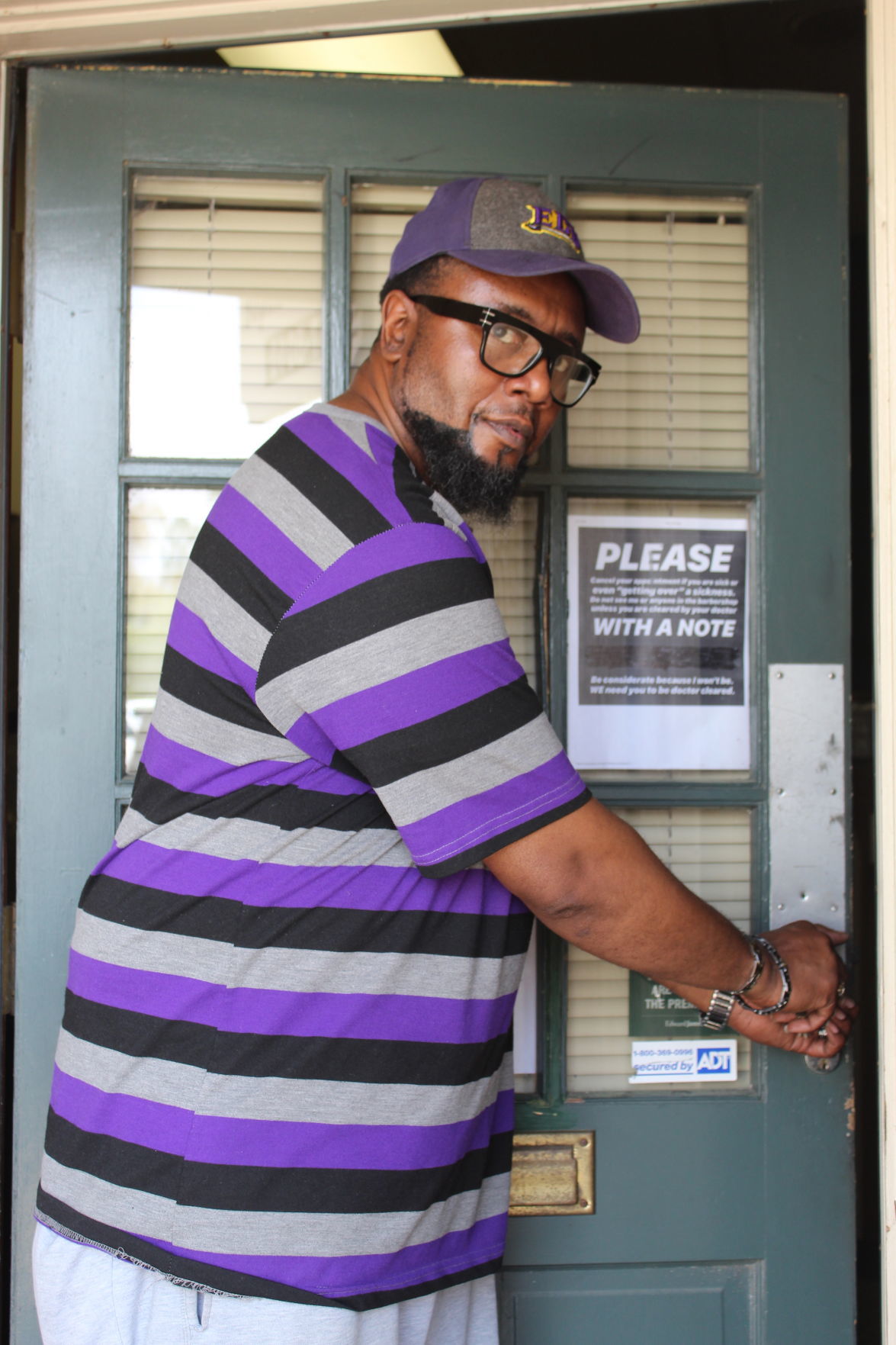 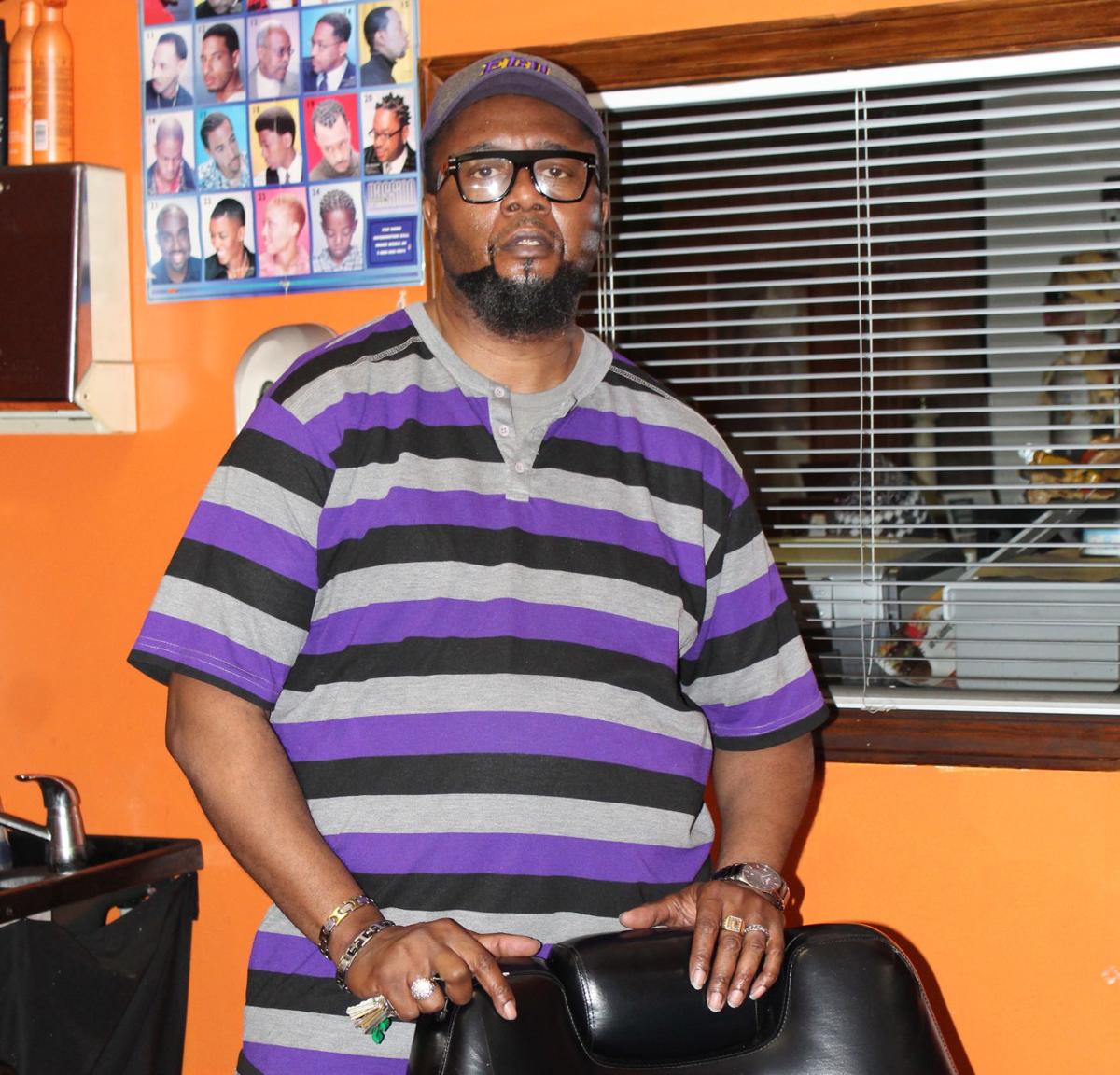 Sam Edmonds of Sam’s Barbershop in Snow Hill has been in business for 32 years.

Sam Edmonds of Sam’s Barbershop in Snow Hill has been in business for 32 years.

SNOW HILL — A state order that closed all hair and beauty salons on March 25 cut off the livelihood of dozens of area business and more individuals, but most say they understand it had to be done.

In Snow Hill, Red & Blue Hair Studio was one of the many salons that had to close their doors. “It does affect us pretty badly. We have to pay our bills. We don’t have anything else to do,” said co-owner Andres Torres.

Torres worries about the impacts the shutdown will have on financial responsibilities and burdens it will place on them going forward.

Before the doors of Shear Genius Barber & Styling of Snow Hill closed, the business had already begun taking precautions.

“We had already scaled back … and taken as many precautions as we could. We made people wash their hands as soon as they came in the building,” said Shear Genius owner Louis Joyner.

Joyner had a feeling his business would be suspended temporarily.

“The writing was on the wall. We tried to do all the clients we could up to that. For people like us, this is our income,” Joyner said.

Though it’s a difficult thing to occur, Joyner understands, he said.

“It’s surreal. It’s almost like this isn’t happening … It’s hard to swallow because that is your income, but I understand it when the greater good is at hand,” Joyner said.

He encourages other business owners to “hold on.”

“If we all continue to do what we need to do to flatten this curve, we will be able to get back to work here,” Joyner said.

COVID-19 not only closed the doors to Bianca Burrus’ home salon and spa, BíBí ShaDor LOC Studio & Spa, but it put the brakes on the Academy of NaKid Hair, Burruss was weeks away from opening. The Academy will serve as a training facility for up and coming cosmetologists.

“That training facility is complete and until the shut down only needed to be inspected by the state. That business is more affected by the shutdown because I already had my first eight students ready to enroll and pay deposits and fees. If the shutdown affects those students’ current employment then they may not have the finances to enroll once the school gets approved,” Burruss said.

Despite her concerns, Burruss believes the closure is best for everyone

“At the end of the day, everyone’s health and safety is more important. If we don’t take the governor’s orders seriously, and people end up getting sick, dying or us stylists get infected, we’ll be taken out of work anyways. It’s better to be stuck in traffic then it would be to drive off a cliff,” Burruss said.

Burruss is hopeful the Academy will be able to open on the originally planned date of June 1.

“I’m still hopeful and being optimistic. I feel like it’s going to be a blessing in disguise. I’m an instructor and I really understand the importance of social distancing. That way, it can’t be spread. I have students doing hair. We are in constant close connections with people and it can spread so fast,” Burruss said.

She encourages business owners like herself to “look at the bigger picture,” she said.

“We can’t just look at what we see in front of us. We have to look at the bigger picture,” Burruss said.

Rhonda Miller, owner of Classic Cuts Salon & More closed the doors to her shop one business day before the executive order.

“I thought it was best for my employees and myself because we are a hands-on business. We can’t do social distancing,” Miller said.

Classic Cuts employs three stylists, two nail technicians and a massage therapist. Miller believes that when the salon can re-open “we’ll have a rush of customers.”

“I agree with (the order). We’re still a hands-on business. (Being hands-on) is not practicing social distancing and keeping you or other people safe,” Miller said.

Sam Edmunds, owner of Sam’s Barbershop in Snow Hill has been in business for 32 years and this is the first time he has ever had to close his business.

“You become accustomed to a lifestyle. Every morning, you look forward to coming to the barbershop,” Edmunds said.

Edmunds is also worried about the financial implications of the temporary closure and had hoped the order would have limited the total number of clients’ salons and barbershops could attend to rather than shutting the business down.

In Farmville, Verde Spa was also forced to close its doors temporarily.

“It’s definitely different for us, but imperative we stop and slow down the spread. It’s very necessary,” said Verde Spa owner Tracy Durrett.

Durrett hopes the closures help reduce the spread of COVID-19 and that things get back to normal quickly.

“(I hope) that it comes quickly and there is minimal damage and we can continue to get back in the swing of things,” Durrett said.

She is also hopeful that people are appreciative of things that have been taken for granted.

“I want things to get back to normal and in the future being more aware of things. I will definitely be more thankful for what we have and appreciate what we have and the ability to be with other people. I think we take that for granted. When this over, I think more people will act with loving influences. We just need to so what we need to do and pray,” Durrett said.

RD Johnson of Farmville owns RD Salon, which operates from his home. He like others is worried about the financial burden he faces with the closure of the salon.

“It definitely makes us anxious. We know our livelihood depends on us being able to work,” Johnson said.

Before he was ordered to close, Johnson saw as many clients as he could and would often work late.

“We try and accommodate all our clients … It’s hard. You want to be there for your clients,” Johnson said.

Salons, spas, barbershops and bars were ordered to close for 30 days.

“I agreed with two weeks, but it’s hard for us to be closed for a month. We have to leave it with health officials. Hopefully, they make the best call,” Johnson said.

When Dennis Anderson, owner of Hometown Barbershop of Farmville, heard the news he would have to temporarily close his doors, “It felt like a kick in the teeth,” he said.

Anderson was hopeful the order would limit the number of clients a barber or stylist could see in a day. He was not prepared when they called for a total closure.

“I think what they should have done was say no more than two or three people at a time. That at least gives you an option to feed your family,” Anderson said.

Anderson received a high volume of calls after the governor issued the order declaring for barbershops to close in two days. On March 24, he had cut 52 people’s hair.

“I want this stuff gone as quickly as possible. I put it in God’s hand and moved forward. I want people to pray about this and I think we all need to pray for some guidance,” Anderson said.

“At the end of the day, everyone’s health and safety is more important. If we don’t take the governor’s orders seriously, and people end up getting sick, dying or us stylists get infected, we’ll be taken out of work anyways. It’s better to be stuck in traffic then it would be to drive off a cliff.”