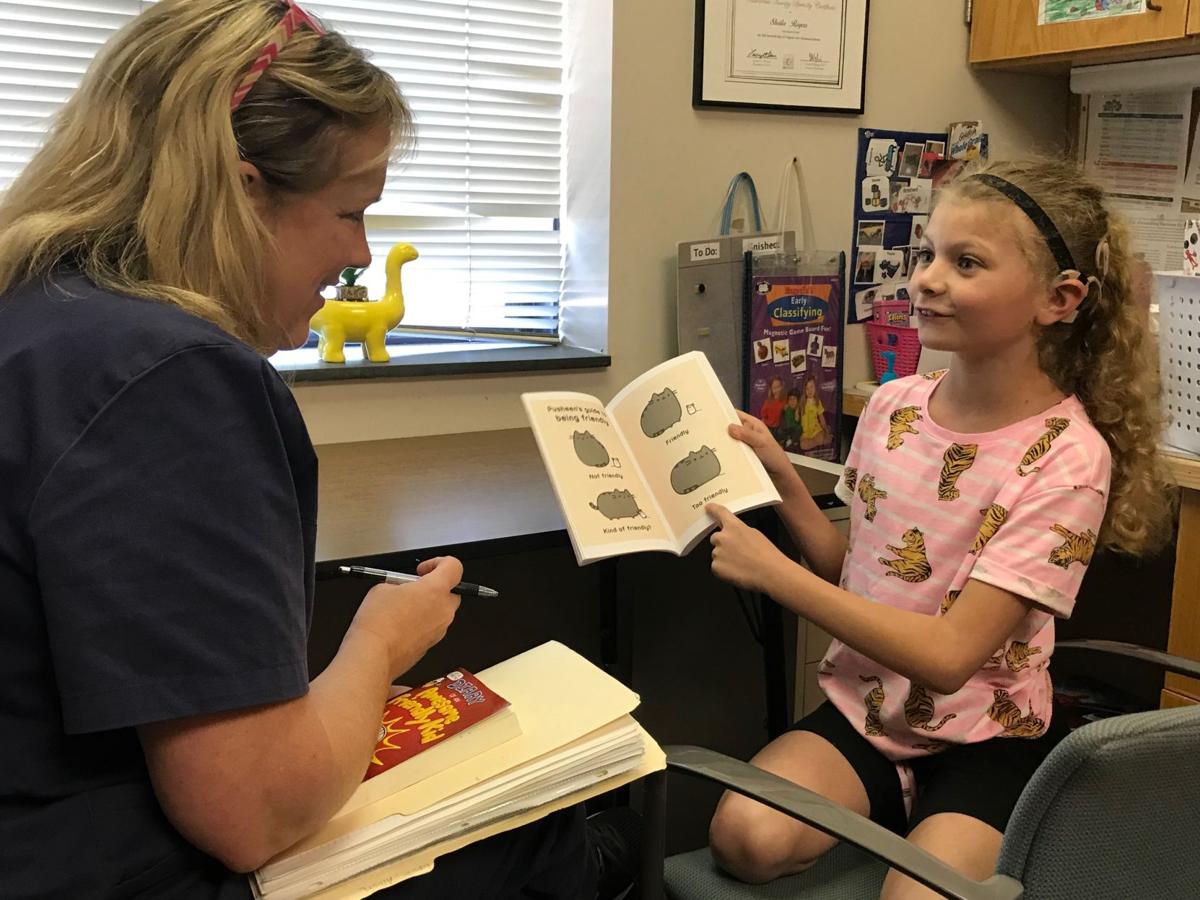 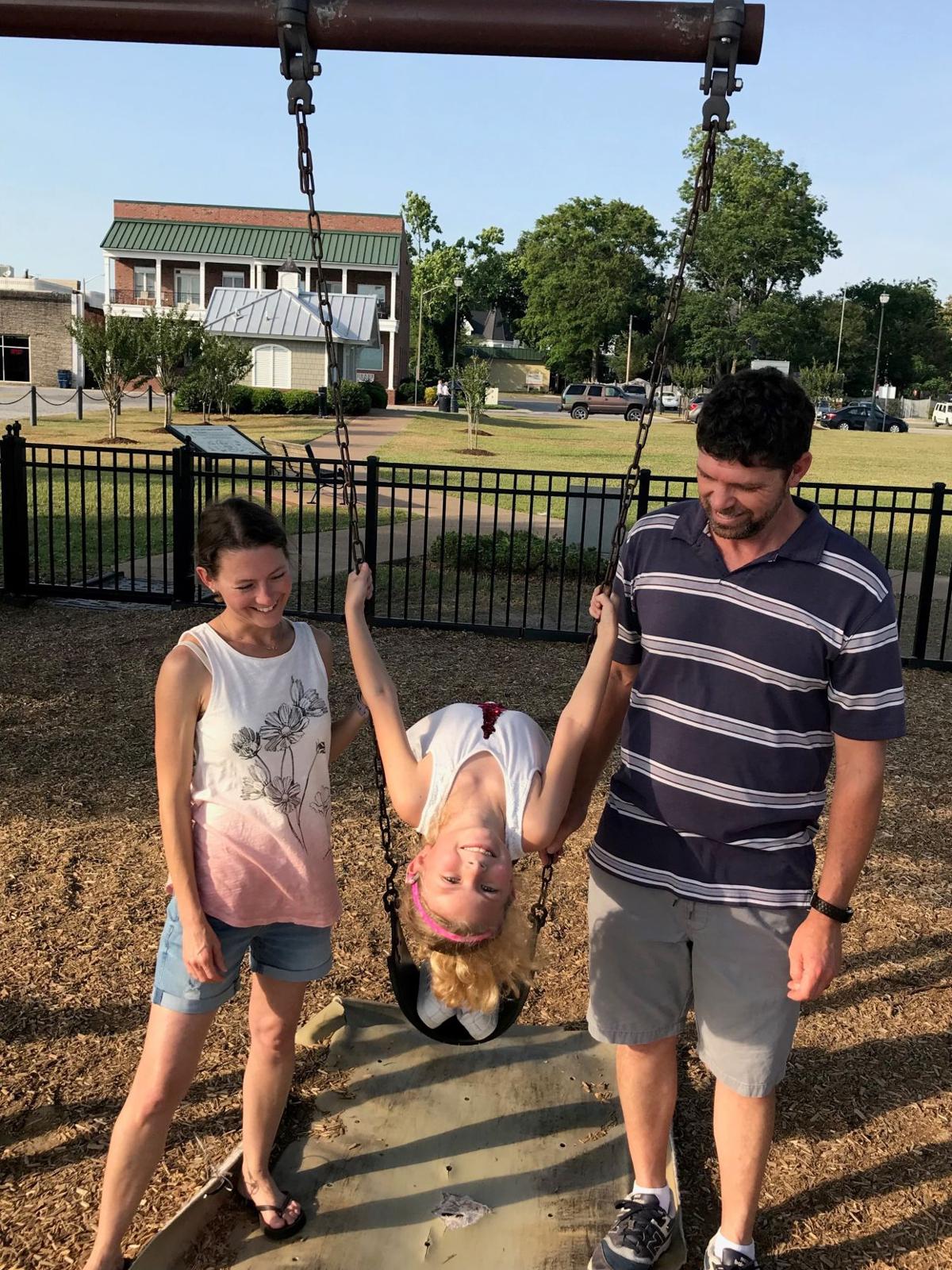 Allison’s parents, Jennifer and Joey White, enjoy taking her to Festival Park on the Washington waterfront. 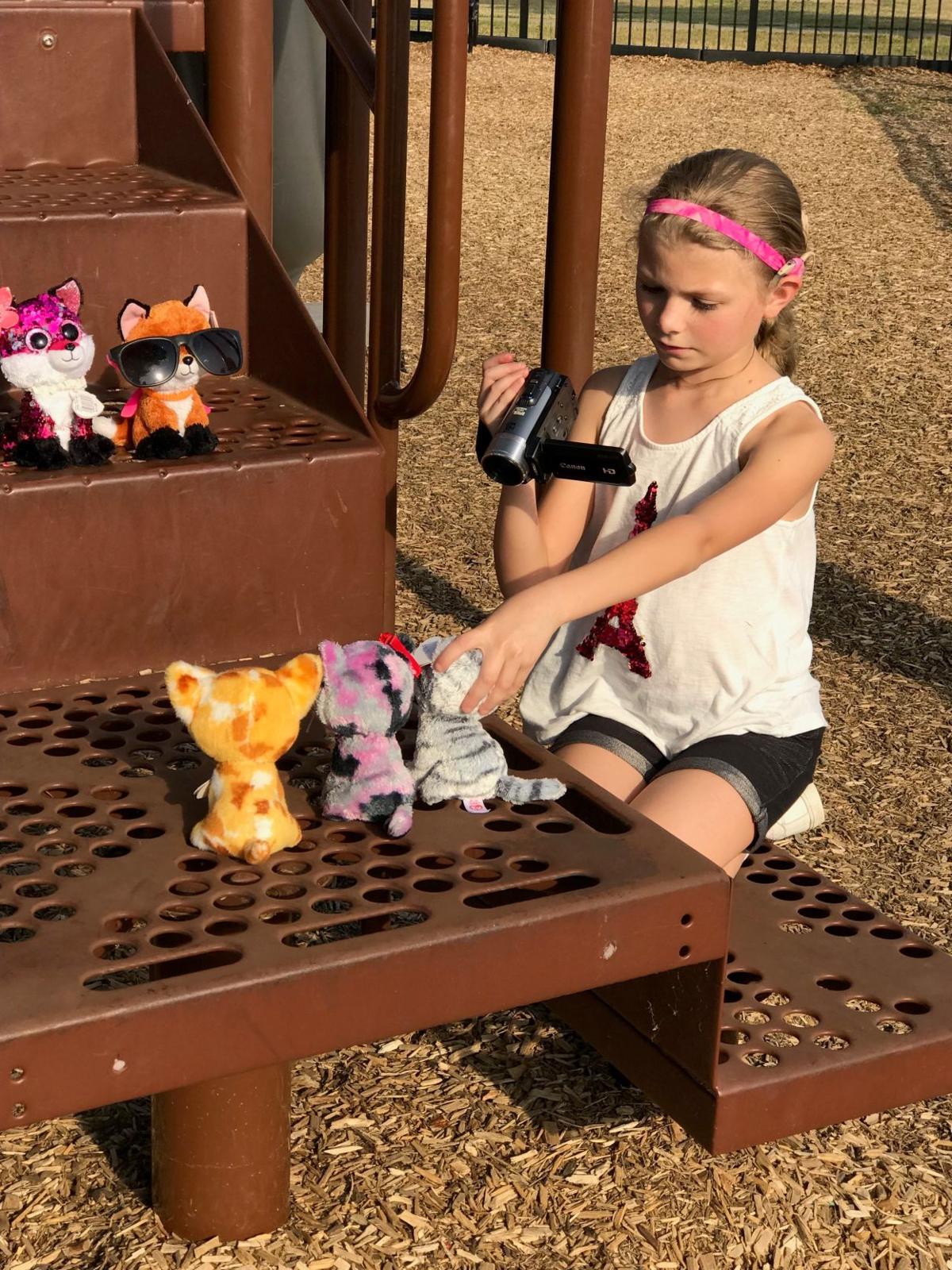 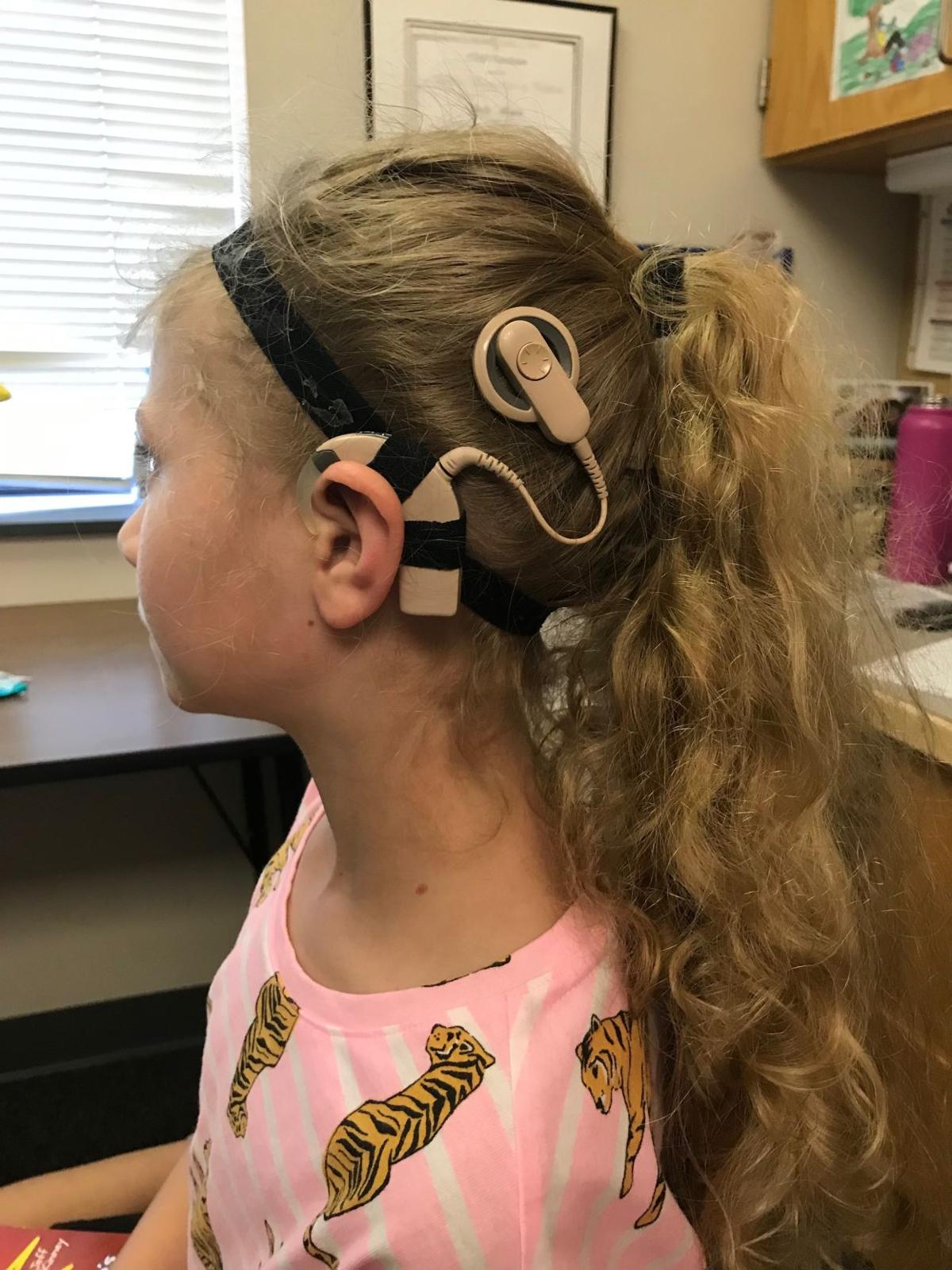 Allison’s parents, Jennifer and Joey White, enjoy taking her to Festival Park on the Washington waterfront.

Dad describes her as spirited. Mom says she’s expressive. Teachers report she’s a quick learner. Most everyone is impressed by how well she speaks for one so young. They’re surprised to learn she is deaf.

At age 10, Allison White already exceeds expectations. She reads aloud and speaks off-the-cuff with such authority you can just imagine her growing up to be a TV news anchor, an actress or a senator. Being deaf her entire life isn’t holding her back. She gives you a sense it won’t limit her future either.

Allison’s hearing loss was first detected at birth during a hearing screening at Vidant Beaufort Hospital. Her parents, Jennifer and Joey White of Washington, lost no time in doing all they could to help her communicate, including learning American Sign Language.

The first and most impactful message they gleaned was early intervention. It inspired them to advocate for Allison immediately and seek out the expertise that could make a difference in her life.

Soon after birth, the Whites arranged for Allison to have in-home speech and hearing therapy which led to the use of traditional hearing aids in both ears. It wasn’t easy to keep the hearing aids in place, Jennifer recalled. Heather Conway with the Early Learning Sensory Support Program for children with hearing impairments worked with Allison from approximately eight weeks of age to three years to help develop her language skills.

At 18 months, it was determined that she could benefit from a cochlear implant. This would involve surgery to implant a device containing an array of electrodes under her skin and into her cochlea. It is designed to connect to a processor that converts sound waves to electrical information that can then be interpreted by the brain. The device is manufactured by a company called Cochlear Americas.

Although the thought of such an invasive procedure frightened them at first, Jennifer and Joey could see the long-term advantage. The procedure was performed at the medical center by Dr. Brad Brechtelsbauer, an ear, nose and throat specialist with Eastern Carolina ENT, Head & Neck Surgery.

Following the implant, Allison began seeing speech and hearing professionals at Vidant Rehabilitation Center on a regular basis. They were impressed that the Whites had begun so early to seek evaluation and treatment for Allison.

Allison and her parents were a perfect fit for an implant, said Mary Jon Pabst, a speech therapist with Vidant Rehabilitation Center. She has worked with Allison weekly most of her life and applauds the Whites’ foresight in addressing her hearing loss early. They have shared their experiences with other parents, are grateful to have been on this journey and enjoy watching her blossom.

“Allison is very creative,” Joey said. She loves to write, draw, dance, sing and dress up for special events at school. She especially enjoys creating movies on the camcorder and making comic books.

Nationally, three out of every 1,000 infants are diagnosed with permanent hearing loss annually. Mrs. Pabst and Dr. Amy Becker, an audiologist with the rehab center, are some of the specialists who work toward the speech and hearing goals of these children and their families.

“Evaluation and counseling are personalized for each individual,” Dr. Becker said. Beyond traditional hearing aids and implanted devices, there is a variety of treatment and counseling options. Manufacturers roll out enhancements and new technology every year, she said. Sometimes patients need to try more than one device to find the perfect fit.

Early intervention is important at any age, Dr. Becker said. Whenever an individual notices a decline in hearing, he or she should begin the hearing evaluation process as soon as possible. “We’re here to help,” she said. “You should focus on the good outcomes that can happen.”

Dr. Becker often cares for adult patients with hearing loss. Some come from as far away as Edenton. Take James Doughty for example. At 79, he’s the retired owner of a plumbing business, enjoying life with his wife, adult children and grandchildren.

Doughty’s hearing loss started as a child. Although it was considered mild, he felt it made him a bit of a loner because he couldn’t understand people in group settings. He wore a hearing aid in his right ear but about eight years ago he sensed his hearing was getting worse. He was found to have severe to profound hearing loss in his right ear.

In 2006, Doughty sought care at Vidant, about 70 miles away from his home in Edenton. In 2017 he was determined to be eligible for a cochlear implant, also performed by Dr. Brechtelsbauer. As a result, his speech comprehension is around 80 percent at his right ear – the best it’s been in his life. He also wears a traditional hearing aid in his left ear.

“I wish I had done this sooner,” Doughty said of the implant. He encourages anyone with hearing loss to get evaluated. “If your hearing aids aren’t doing the job you should be evaluated,” he said.

1. Get evaluated if you suspect hearing loss. The sooner treatment begins, the better outcomes you can expect. Call 252-847-7699 to take the first step.

2. In children, the signs and symptoms of hearing loss can often mimic ADD/ADHD, autism or learning difficulties. In adults, untreated hearing loss can aggravate cognitive decline and be mistaken for dementia symptoms.

4. Most people experience tinnitus at some point in their lives, which can be associated with hearing loss. It can, however, be a sign of other serious medical conditions. An audiologist can evaluate this condition.

5. Hearing aids and cochlear implants are not quick or perfect “fixes” for hearing loss. They can improve hearing, but cannot fully restore normal function or understanding. Patients and families must be willing to follow all recommendations made by their speech and hearing professionals.