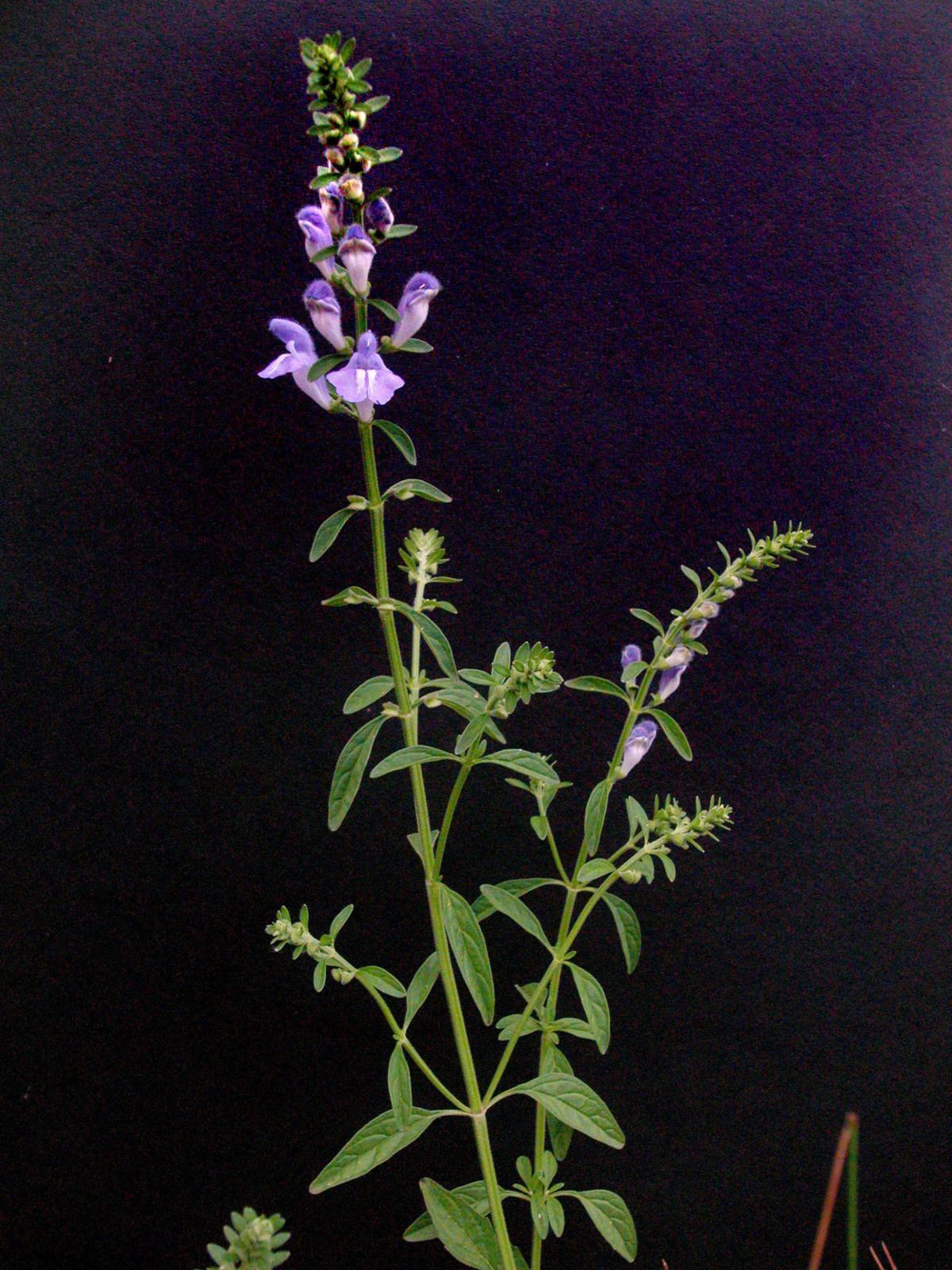 This attractive, perennial species grows to be a couple of feet tall. 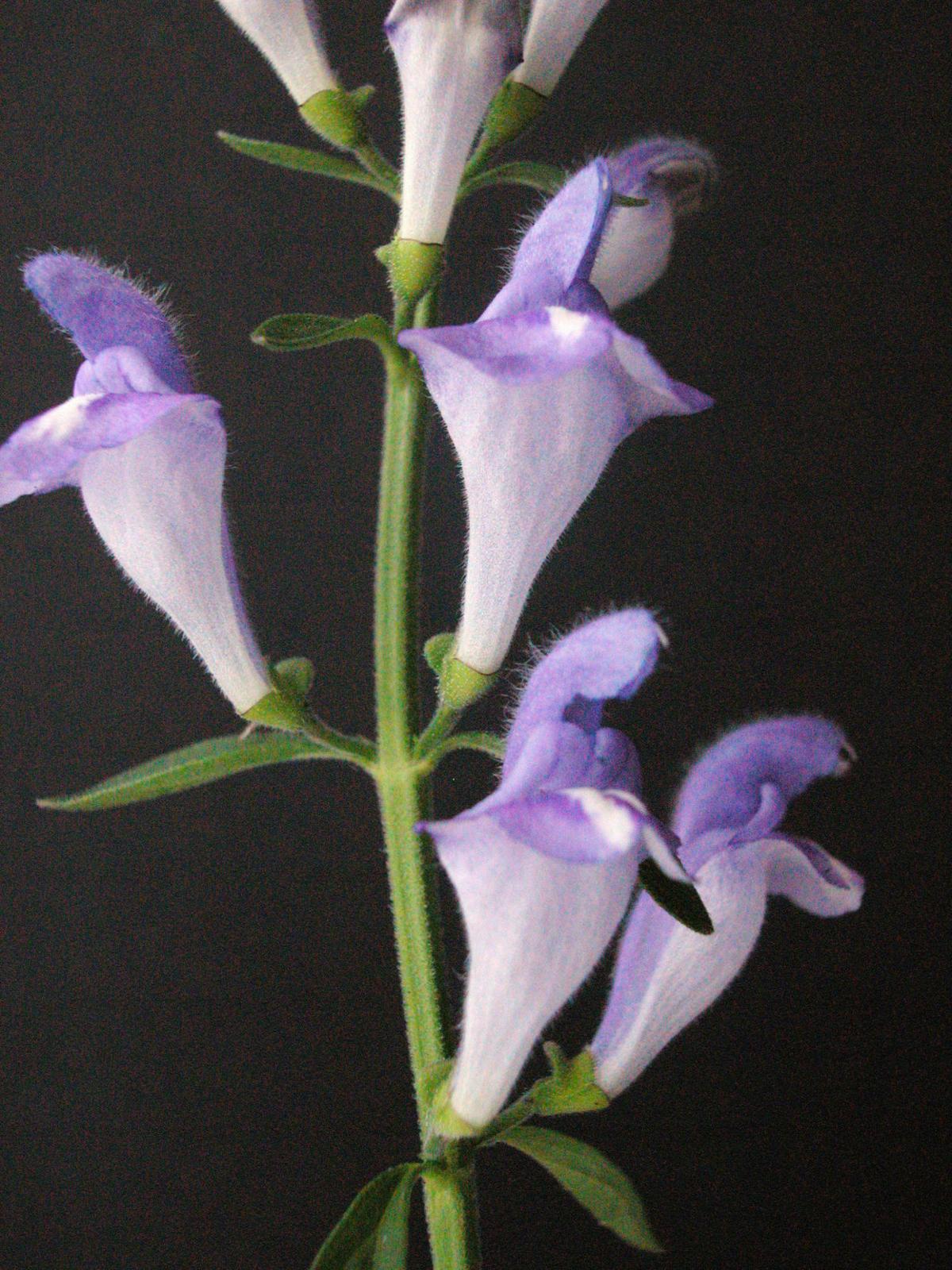 This attractive, perennial species grows to be a couple of feet tall.

Mint, sage, rosemary, thyme, horehound, catnip, bee-balm, marjoram, pennyroyal, lemon-balm, hyssop, lavender, dittany and basil (is it BAY-zil or BAAA-zil?): what an aromatic bunch of plants these are! All of these are fragrant members of the widely distributed “mint” family, one of the larger families of flowering plants, with 5,000 (or so) different species. This family is known correctly by either of two different names, Lamiaceae or Labiatae, so don’t worry, if you prefer saying “Lamiaceae,” someone using “Labiatae” in the conversation will know what you mint. (Oops, I meant “meant.”)

Whichever name you use, this family is rather easily recognized in most cases, its component members having opposite leaves (two at a time) and square stems (in cross section). In addition to the culinary value of this family, many of its members are well-known as popular garden ornamentals. The fragrance (or in some cases, the skunkiness) associated with various members of the mint family usually comes from volatile oils maintained in tiny glands on the surface of the leaves and stems.

There are some other characteristics shared by members of this family. For instance, the calyx and corolla are variously tubular, with the flower containing four stamens. (True sage, in the genus Salvia, is an oddball, with only two stamens. The shrubby “sage” or “sage-brushes” in the cowboy movies are actually members of the sunflower family.) The fruits of these plants are tiny, dry, one-seeded nutlets, and each flower’s ovary has the potential of producing a maximum of four of them.

Botanists sometimes refer, offhandedly, to members of this family as “mints.” It’s good to remember, though, that everything in the mint family is not mint. What we call “mint” and what often ends up in juleps and iced tea belongs to the genus Mentha (there are several dozen species). Similarly, it’s also good to know that everything in this family is not particularly fragrant or aromatic. Our Mystery Plant is one of these.

It’s an attractive, perennial species, commonly found in a variety of habitats from southern New England through northern Florida, then Texas and Missouri. Here in the Southeast, it is frequently seen along roadsides and under power lines. It grows to be a couple of feet tall, with egg-shaped leaves down below, becoming progressively narrower toward the top of the stem.

The calyx of each flower bears a small bump on the upper side, which enlarges dramatically as the flower ages. The corolla is flamboyant, strongly tubular and upturned, flaring out at the top into an upper and lower lip. Corolla color is generally blue, although pink-flowered forms are occasionally encountered.

Bees like them. After the flower is pollinated, the colorful corolla will eventually wither and fall away, leaving the calyx. That enlarging bump on the top of the calyx continues to swell, resembling a little hat, and it too eventually pops off, revealing the dark little nutlets inside.

John Nelson is the curator of the A.C. Moore Herbarium at the University of South Carolina’s Department of Biological Sciences in Columbia, S.C. As a public service, the Herbarium offers free plant identifications. For more information, call 803-777-8196, visit www.herbarium.org or email nelson@sc.edu.