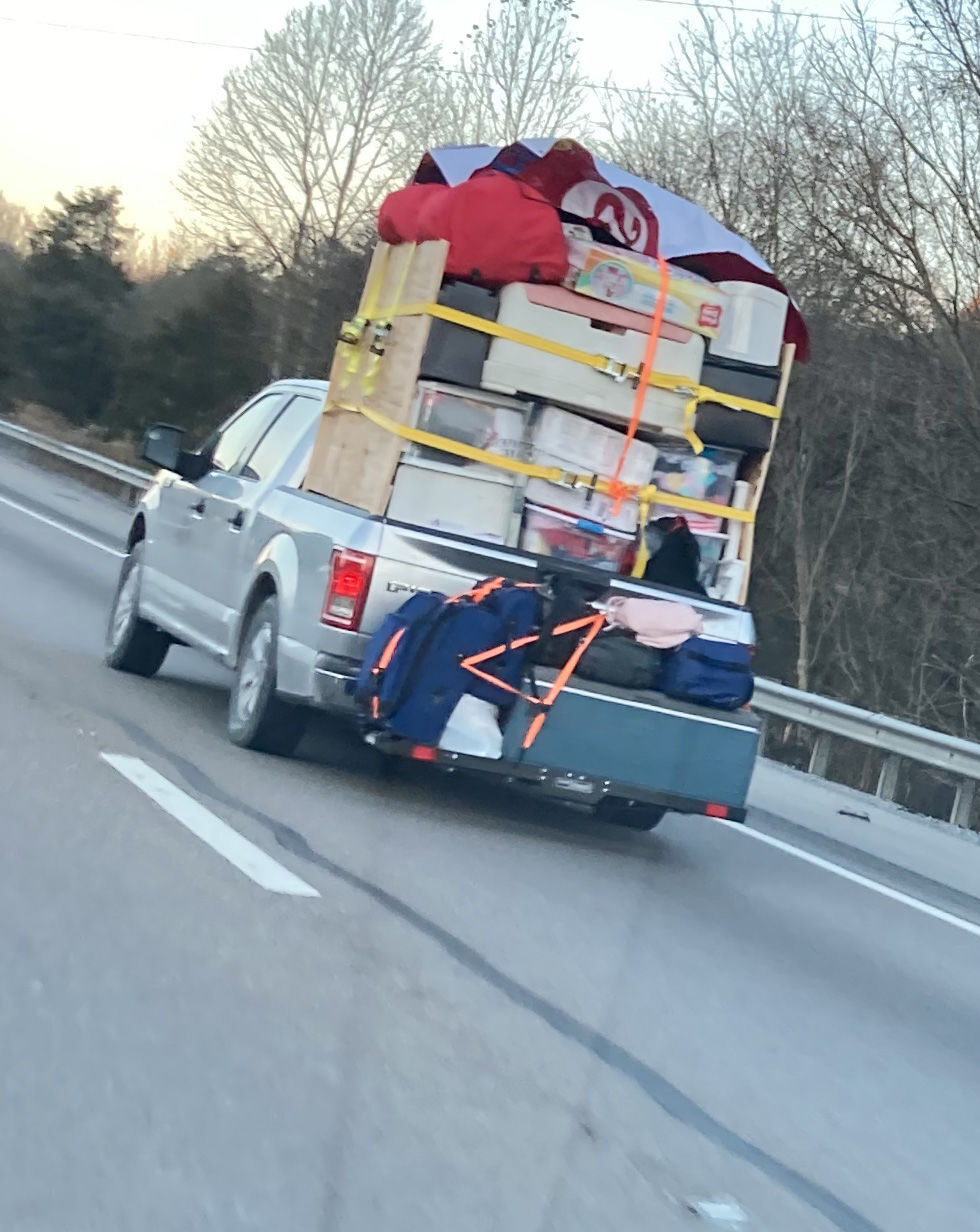 Ruling out a trailer rental despite an overwhelming need requires precision in cargo security.

Due to the pandemic, my morning commute is limited to just two days per week for now. Not limited, however, are the interesting sights and encounters along the interstate.

During a recent fill-up at my favorite truck stop, a man driving a nice late-model pickup was cleaning his windshield on the opposite side of the pump. He asked if I would please pump some gas into his tank.

“Do you need help with the pump?” I asked.

Now, I have been approached by people who claim they need some cash in order to get home. Most often it’s easily identifiable as a scam. Injecting gasoline directly into the tank didn’t seem like a scam. If it was, he got me.

“Where is home?” I asked as I pumped $10 worth toward the cause.

“California,” he said. Sure enough, the truck had California tags.

I asked if he thought he would be able to make it all the way across the country on donated gas. He said he’d made it from California to Maryland that way. Now he was on his way back.

Safer than hitchhiking, I suppose. But it’s the first I’ve heard of anyone doing that.

I could not help but notice that there was nothing in the bed of the man’s pickup. After we had gone our separate ways, it occurred to me that the guy might have gotten at least a portion of his fuel paid for by offering to transport someone else’s excess cargo across the country.

In his defense, it might be that the overloaded haulers had declined his offer.

I see all kinds of heavily packed vehicles chugging along the interstate, usually with license tags from far-off places. A common sight is small SUVs or pickups towing a second SUV or pickup, each packed to the bumpers with worldly belongings.

I imagine that these are people moving from one side of the country to the other. They always look the same, as if they’ve watched a YouTube video on how to move two vehicles and everything you own from New York to California.

“That ain’t goin’ NOwhere,” my brother, Jeff, once said as we passed one of those two-truck movers on the interstate. I asked him to explain.

“That’s the last thing that guy said after he got everything tied down for the trip,” Jeff said. “It’s what every man in the world says right after strapping down a load for transport.”

All of that came to mind one morning this week as I passed the largest single-pickup load I have ever seen. I decided to pull over and wait for the truck to catch up just so I could snap a picture.

In order to accommodate that massive pile of stuff, the man (I can only assume it was a man) had constructed tall truck panels from plywood and two-by-fours.

The pre-trip conversation with his wife must have been tense.

“I don’t know why you don’t just rent a U-Haul trailer?” she must have said while he was busy sawing and nailing together his homemade moving van.

“Do you realize what that would cost?” he probably argued.

“This is ridiculous,” the wife likely said as they departed with the towering load. “Please just rent a trailer. I’ll pay for it myself!”

I don’t know if any of that conversation actually happened, of course. But I do know exactly what the man said after he finished strapping everything down.