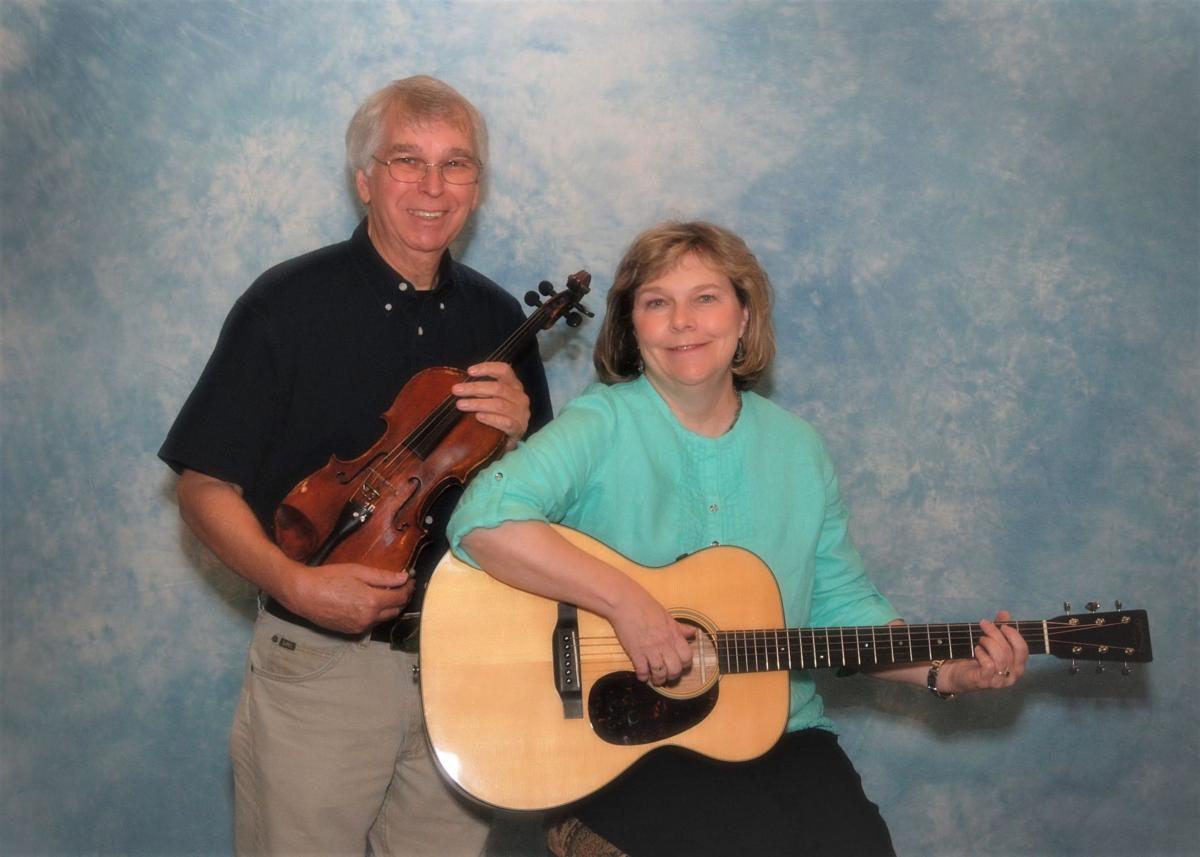 David and Sylvia Bjorkman share a musical heritage and enjoy playing together daily. 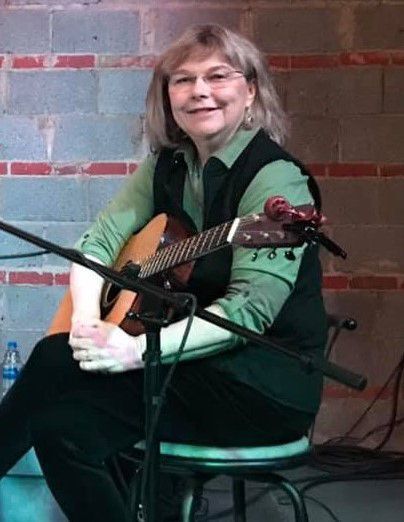 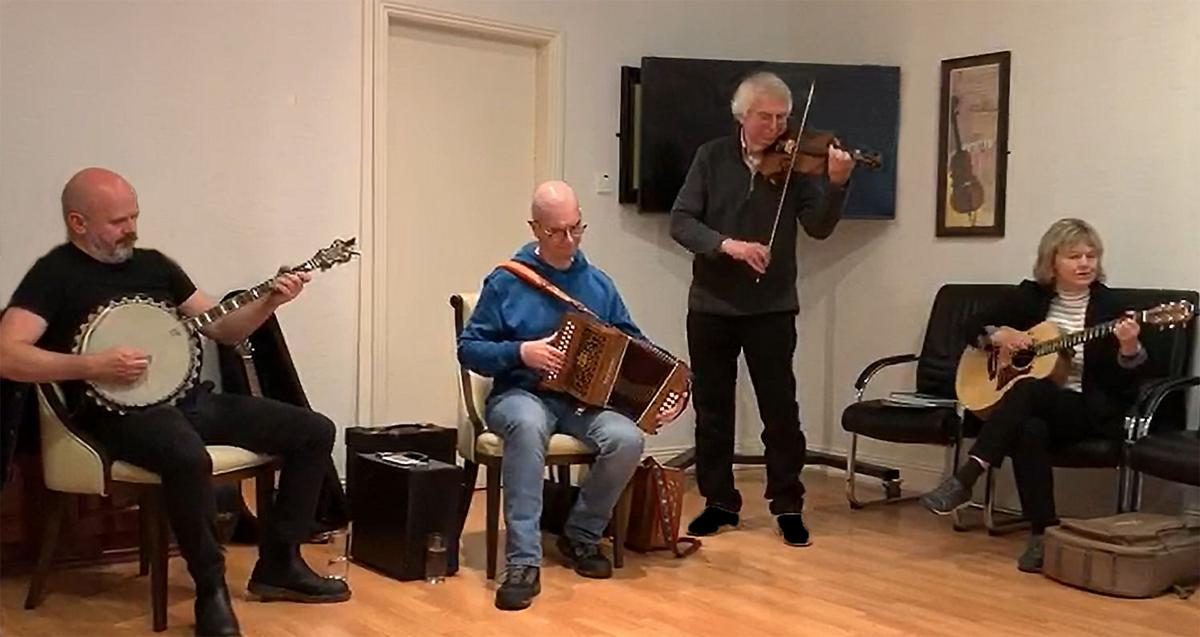 Sylvia and David traveled to Ireland two summers ago with the Road Scholars program and jammed with musicians there.

David and Sylvia Bjorkman share a musical heritage and enjoy playing together daily.

Sylvia and David traveled to Ireland two summers ago with the Road Scholars program and jammed with musicians there.

This is the latest installment in an ongoing series about local musicians.

If sharing common interests is part of the formula for sustaining a marriage, the Bjorkmans are set for many happy anniversaries. Sylvia, primarily a guitarist but also an organist and pianist, and David, a violinist who also plays classical guitar and tenor recorder, credit music as their matchmaker.

“I met David, my husband-to-be, while singing with the Greenville Choral Society’s 75th anniversary gala for ECU,” Sylvia said. “It was the only time I ever sang with the Choral Society, and I joined because they were performing Beethoven’s 9th Symphony, which was a favorite of mine when I was growing up.”

Both were pursuing professional careers outside of music, Sylvia in special education and then school psychology, and David in biochemistry, pathology and chemistry.

Music was a big part of their childhoods. Sylvia was exposed to classical and church music through her father’s singing and playing violin. She also had several aunts who were music teachers and an uncle who composed and arranged music for half-time shows for the Super Bowl in its early years. She remembers family gatherings in the Asheville area, and a banjo player, in particular, who provided entertainment.

“I learned later he was Bascom Lunsford, well known as a collector of Appalachian folk music, and organizer of folk festivals,” Sylvia said. “According to a family story, he wrote the song ‘Good Old Mountain Dew,’ but sold it to someone for a train ticket home. I think these experiences influenced my appreciation for Appalachian music.”

David comes from a family of musicians and admits it must “be in his blood.” His father was a singer and played violin and bass with numerous orchestras. He served as principal bass and personnel director of the North Carolina Symphony during the 70s, which also influenced his decision to come to North Carolina to be closer to family.

“My grandmother was a piano teacher and church organist,” David said. “I loved to hear my father play violin, and my grandmother took me for my first violin lessons when I was about 10 years old. I didn’t realize how hard it was to play violin. I think it took about two years of squeaking and scratching before I could stand to listen to myself play.”

When David was in elementary school, his teachers first discovered he had a hearing loss, which progressed over time. “When I was 27, I suddenly lost all hearing in my right ear with partial loss in my left ear, making it impossible for me to have a career in music,” he said. “So I have pursued work in the sciences as a profession, enjoying music as a hobby.”

Sylvia took piano lessons but taught herself guitar. She had a friend who played electric guitar. “The first time we played at my home with his electric guitar and a ‘wah wah’ device, my music teacher who lived nearby told me her young son rushed home exclaiming there were a ‘bunch of hippies’ at Sylvia’s playing guitar, and the dogs were all howling in the neighborhood,” she said. “It was just my friend and me.”

When she left home for college, it was to be a music major (organ) at UNC-G to follow family tradition. “I changed my major after two weeks to psychology, which was also a keen interest of mine and a totally strange idea to my family,” she said. “I felt so bad about ‘giving up music’ that for years, I was taking organ lessons on the side, practicing organ at local churches on my own time, while I studied psychology.”

While in Chapel Hill Sylvia attended many folk festivals and played her guitar more, including a jam with Mike Cross, a well-known folk singer at the time. “I eventually thankfully learned, as many of us do, that I did not have to be a professional musician to enjoy music and share music with others,” she said.

David played violin during his school high school years, where he was twice selected to play with the Texas All-State Symphony Orchestra. He also played with the professional Dallas Symphony as a substitute violinist when a regular orchestra member was unable to play. While at ECU he played with the ECU symphony.

While David was trained as a classical violinist, now he mostly enjoys playing traditional Appalachian and Celtic music. “Sylvia and I play together almost every day in the evenings, just for fun,” David said. “I like to pull out a book of Irish tunes and find something new that we have never played before just to see how it sounds. We have played with the St. James Jammers and the Low Tide String Band.” Sylvia plays with the Twisted Knot Celtic Band and David plays with the Pitt Community College Symphony and the St. Paul’s Episcopal Church Sinfonia.

Two summers ago, the couple had the chance to go to Ireland with the Road Scholars program. They took their instruments and were able to play along with musicians in the pubs. “One thing I learned was ‘Irish Time’ is different from time on my watch,” David said. “When the sign at the door of a pub said ‘music at 6:30,’ what that sign really meant was music will start whenever the musicians show up and everyone has a pint to begin. Everything from music to time of day is quite relaxed in Ireland.”

During the pandemic, Sylvia had the experience of playing with Mamie Dixon for graveside services for families who lost loved ones but could not hold a church service due to COVID restrictions.

“We played hymns and songs requested by the family with guitar and violin. To me it was like a spiritual offering of music to help others, different from how I usually think of music as entertainment,” she said. “Both are important.”

Sylvia and David celebrated their 37th anniversary this year ... and they’re still sharing music together.