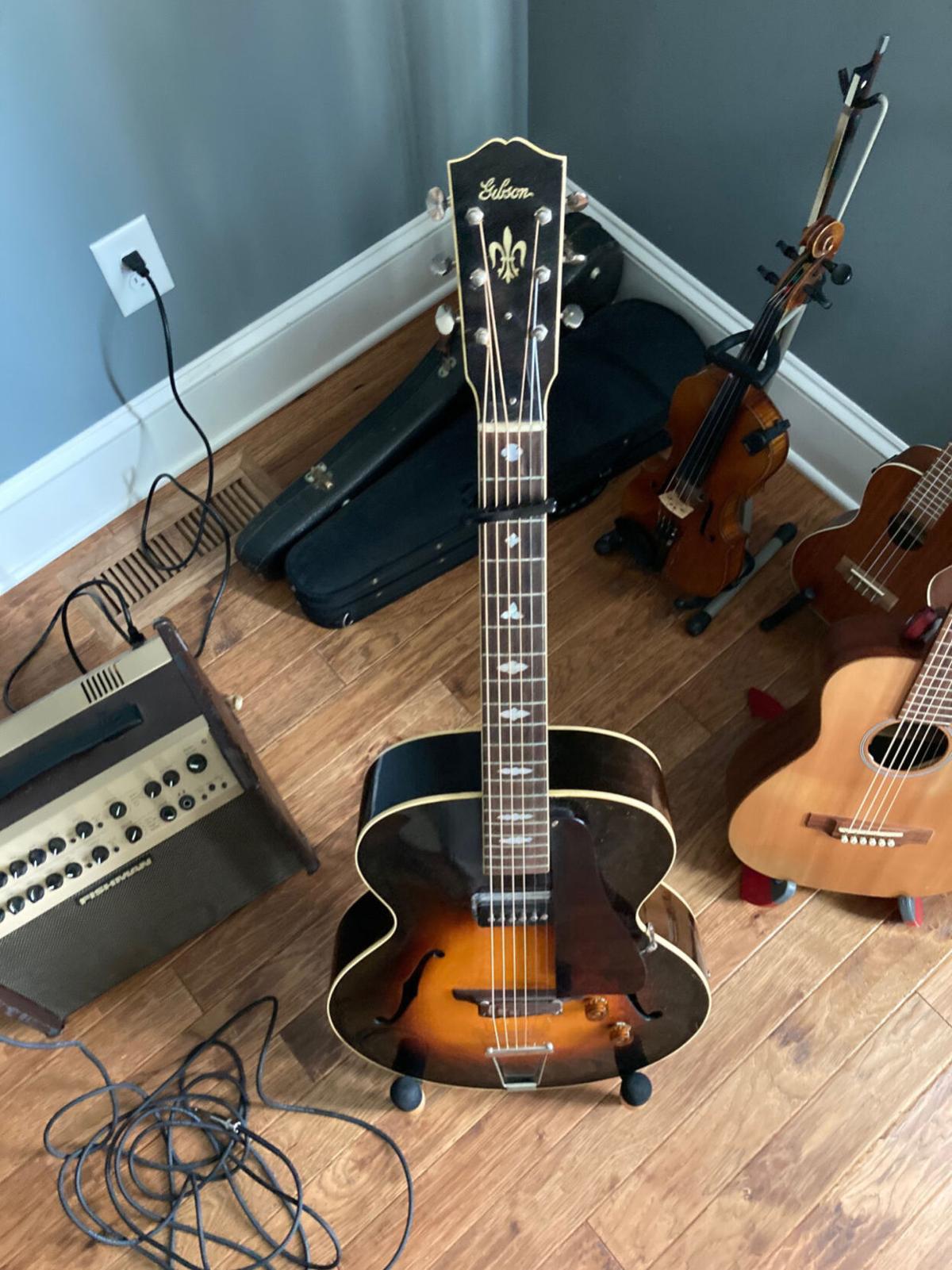 Steve Creech, who never uses a capo, once played my 1936 Gibson L-4 during one of his gigs at the Coffee Shack in Greenville.

A couple of weeks ago, I wrote about attending my first concert since the start of the pandemic. The drive-in benefit show brought home the importance of live music.

In addition to the area live shows that bring in nationally known recording artists, I miss the local music scene that features local artists. These are the players who do something else for a living by day, and by night they help fill the local stages at coffee shops and listening rooms.

An email that landed in my box today made me pine for the years when I was part of a regular network of local performers in Greenville. It was from my friend Steve Creech, a jazz guitarist and a household name for readers in eastern North Carolina.

The subject line reads, “COVID gigging at Thanksgiving time.” There is a link to a small show that Steve played at Cypress Glen Retirement Community, where he lives with his wife, Catherine. The show is “A Musical Tribute to Rosemary Clooney” with vocalist Debbie Pitts, a music therapist at Cypress Glen.

The show is a fine example of Steve’s working his usual magic on the guitar. It can be viewed online here: https://tinyurl.com/y2qlzlez.

I came to know Steve not long after he had started the era of his professional music career that he called “retirement.” When he wasn’t practicing or performing with the Emerald City Big Band, he was gathering smaller ensembles of fellow jazz players to gig at coffee shops and restaurants.

I call him the human karaoke machine for the way aspiring singers of all ages show up when the venue is hosting “Steve Creech and Friends.” The restaurants love him because he fills the house every time. After he moved to Cypress Glen, we learned to arrive before the retirement center bus.

Whatever jazz standard any singer wants to sing, Steve and his group can make it sound like they’ve been rehearsing it all week. I never saw a singer stump the band. “Just start singing,” Steve would say, “and we’ll find you.” And they did.

While interviewing Steve many years ago for a story in the newspaper, he learned that I like to play folk, country and bluegrass. He began emailing regular invitations for me to “come out and play a few songs” between sets at his gigs.

I tried telling him I was rusty and hadn’t been playing for years. He just kept inviting me until I teamed up with a real guitar player and accepted. John Bradley, Greenville’s maker of Redneck Guitars, and I share a mutual appreciation of singer-songwriters who are known more for their songwriting than their singing.

Sometimes John and I would play a song or two. Sometimes Steve and the band wouldn’t come back for another set until we had exhausted every John Prine song we could think of.

For a huge Christmas show once that featured Steve and the Emerald City Big Band, Steve let us warm up the audience. We crowded around a condenser mic with vocalist Rose McMahon and sang Robert Earl Keen’s “Merry Christmas from the Family.”