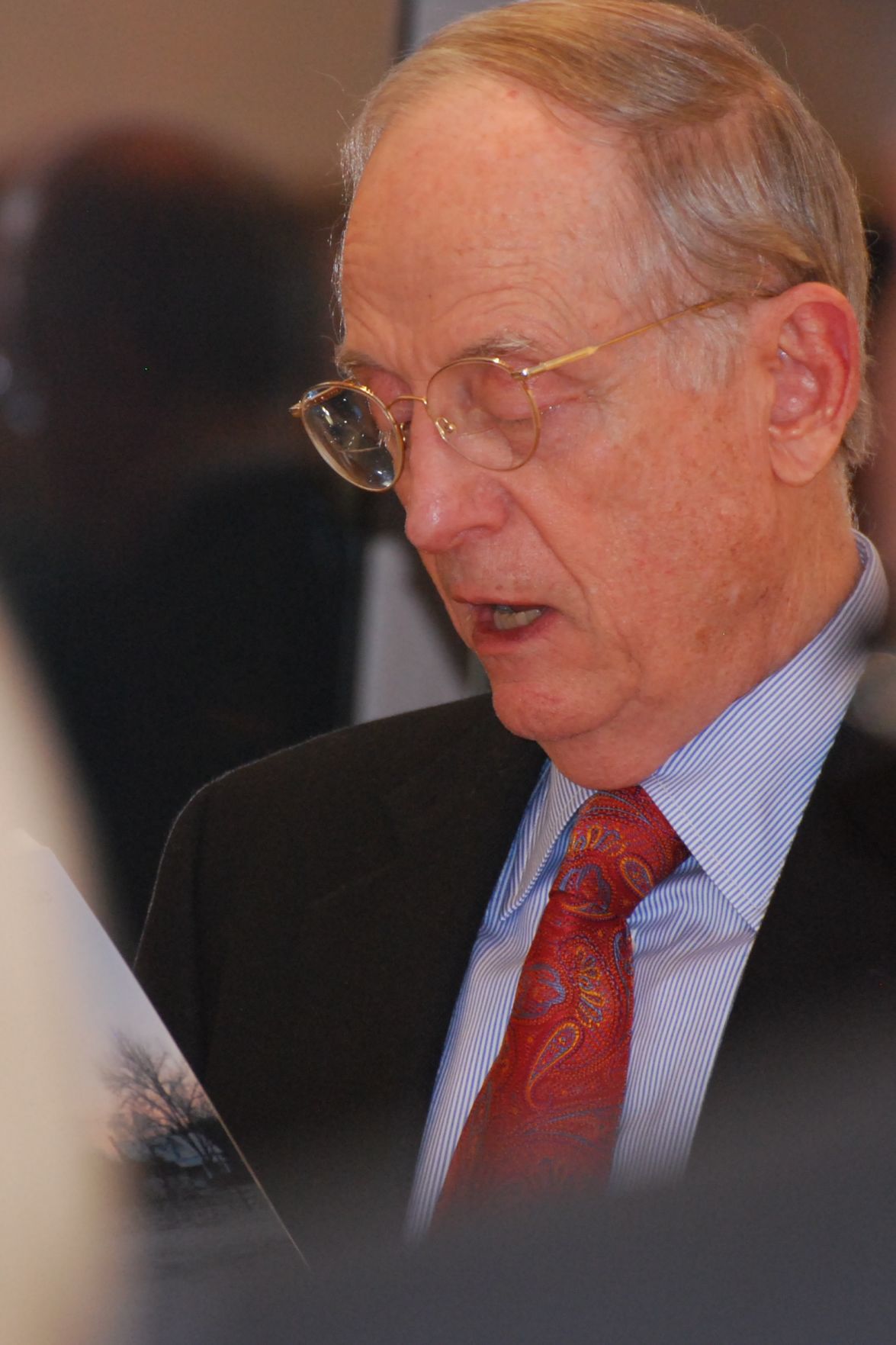 Poet James Applewhite, a native of Stantonsburg and an award-winning poet, reads his writing at an art exhibition based on his poems. 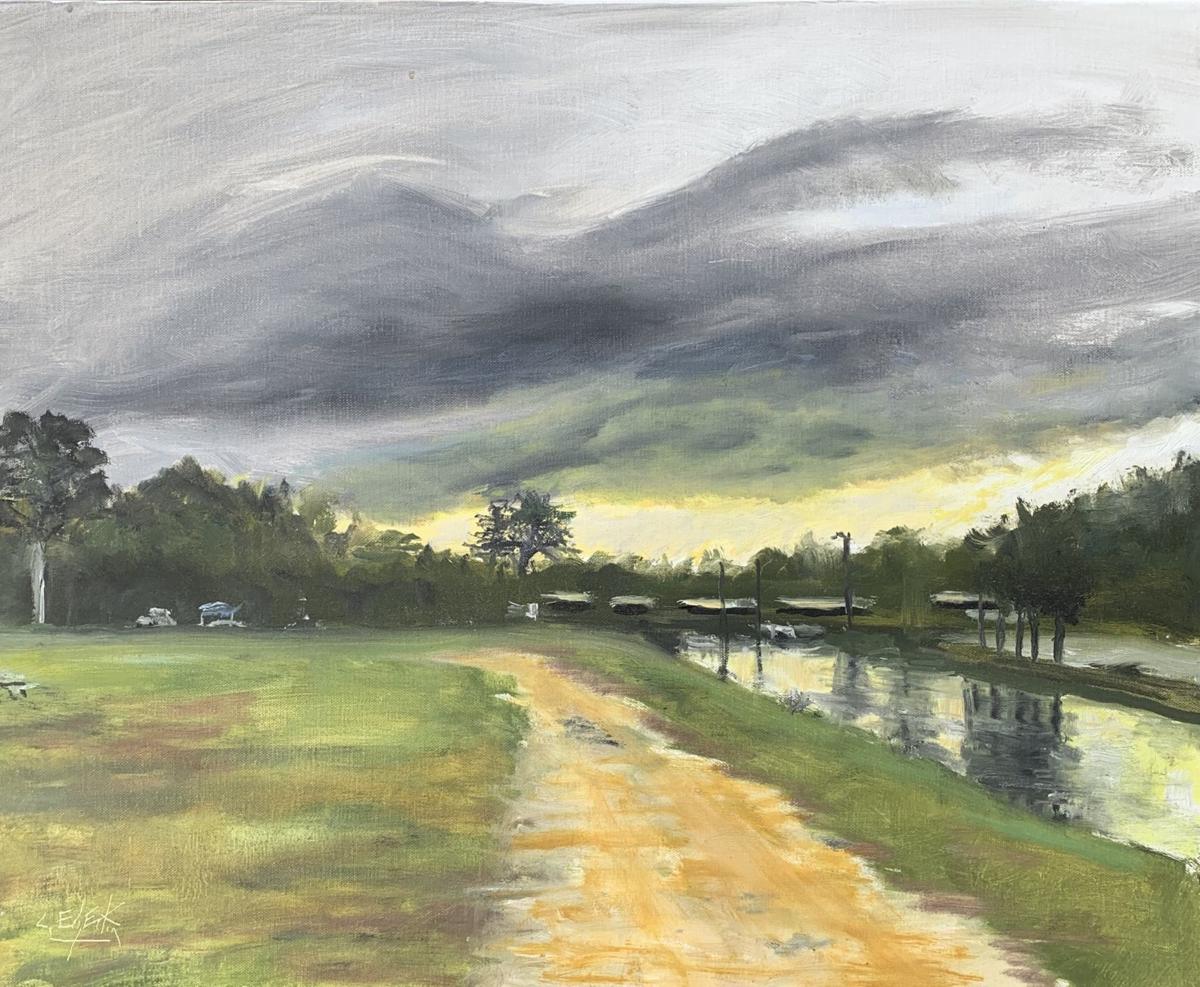 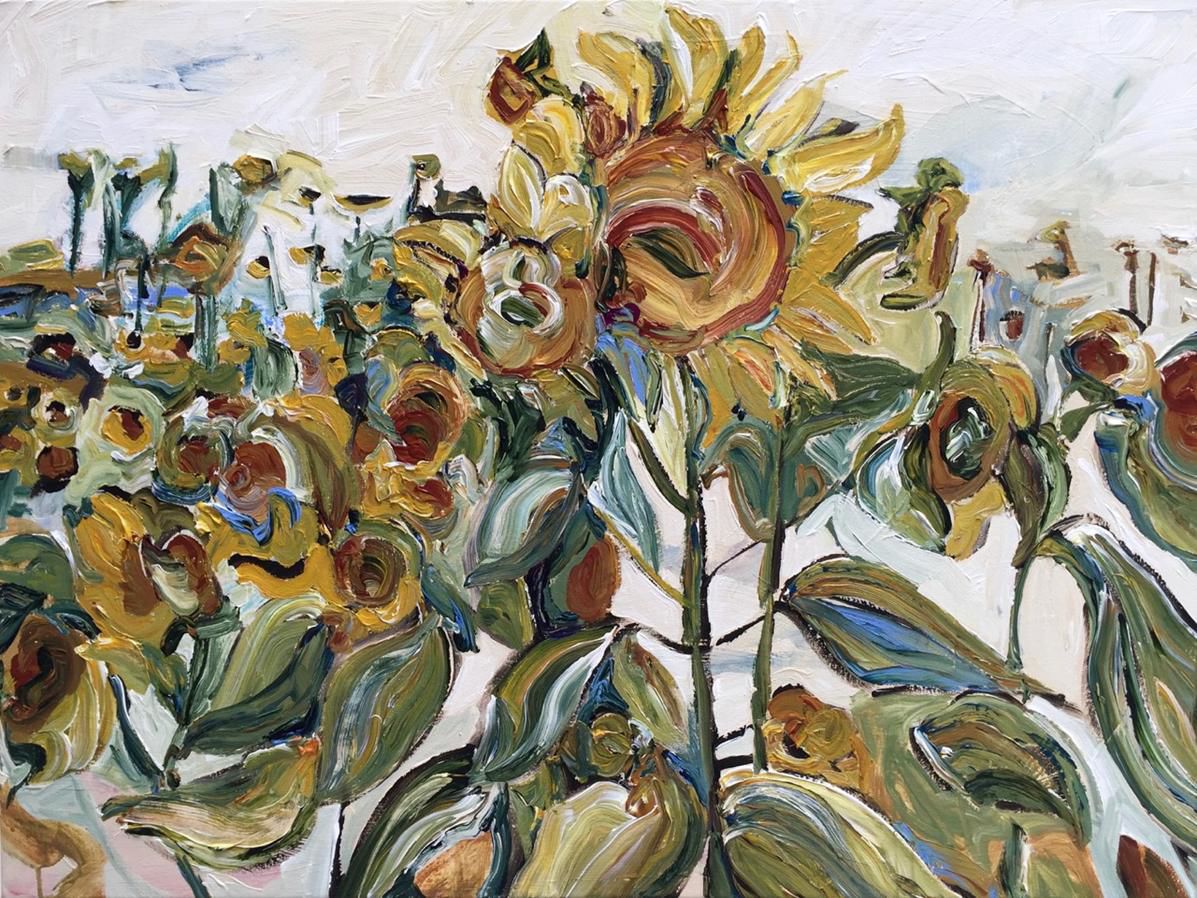 Kristin Gibson’s “Golden Sunflowers” is a response to Applewhite’s “Trees Stars the Seasons.”

Poet James Applewhite, a native of Stantonsburg and an award-winning poet, reads his writing at an art exhibition based on his poems.

Kristin Gibson’s “Golden Sunflowers” is a response to Applewhite’s “Trees Stars the Seasons.”

James Applewhite has been creating images with his words for the better part of a century. A decade ago, the arts community began responding in kind.

The result is painting, sculpture, photography and other works of art all inspired by the prolific eastern North Carolina poet.

More than a dozen works of art and two poems by the North Carolina Literary Hall of Fame member will be presented Thursday at City Art Gallery.

The ninth annual exhibition, which continues through Feb. 15, invited artists to respond to Applewhite’s “Thinking Music” and “Trees Stars the Seasons.” Both works will be featured in the 2020 edition of the North Carolina Literary Review.

“Often a poem is based on a work of art,” said Margaret Bauer, who serves as editor of the review, an award-winning publication that is part scholarly journal and part literary magazine. “(The exhibition) is kind of the other side of that … where you’re creating art from a poem.”

The exhibition, which began in 2010, is an idea City Art Gallery owner Torrey Stroud credits to Louis St. Lewis, whose mixed media work “I Think of Music” is featured in this year’s exhibit. St. Lewis, a Triangle area artist and writer, suggested a collaboration with NCLR. Bauer, the Rives Chair of Southern Literature in East Carolina University’s department of English, recommended Applewhite, the namesake for the review’s James Applewhite Poetry Prize.

“In his poems the images that he writes about are so vivid that an artist would be able to read it and have a great image form in their mind that they could formulate and create,” Stroud said. “Images are so strong in his poetry. ... He understands eastern North Carolina.”

He should. Applewhite grew up in Stantonsburg in Wilson County. While his brother, Henry, was a painter, James was drawn to poetry.

“I became a verbal person early on,’” he said, “so the sounds and cadences of speech are my medium.”

Applewhite went on to become a professor of creative writing at Duke University. He has received the Associated Writing Programs Contemporary Poetry Prize, the Jean Stein Award in Poetry from the American Academy and Institute of Arts and Letters, and a Guggenheim Fellowship in Poetry.

Applewhite, 84, whose latest collection of poems, “Time Beginnings,” was published in 2017, said it is an honor to have artists respond to his writing.

“I love the interaction of visual art and poetry,” he said. “That’s quite an innovative thing.”

Edgerton, a musician and artist whom Stroud describes as a Renaissance man, created a painting in response to “Trees Stars the Seasons.” It is based on a photograph by his daughter, Catherine, whose painting of the same photograph also is represented in the exhibition.

North Carolina Literary Review Art Editor Diane Rodman will select one work of art to represent each of Applewhite’s poems in the next issue.

“It’s always so interesting to see what they come up with; we’ve had quite a variety of responses,” said Bauer.

“In North Carolina, nothing surprises me,” she said. “These people are so talented. If you’re an artist in this state, you probably have three different talents.”

Applewhite, too, appreciates the thoughtfulness that is evident in the exhibition.

“For me it’s really a high point of the year to go down and read a few poems in the gallery and be recognized as a poet while I’m appreciating and delighting in the visual art,” he said.

“I’m continually surprised by their creativity in response to, in some respects, my creativity,” Applewhite said. “It’s been sort of synergistic interplay between visual and verbal, and I really like that.”

An opening reception for the exhibition will be held from 6-8 p.m. Thursday at City Art Gallery, 511 Red Banks Road. Call 353-7000 or visit cityartgreenville.com.