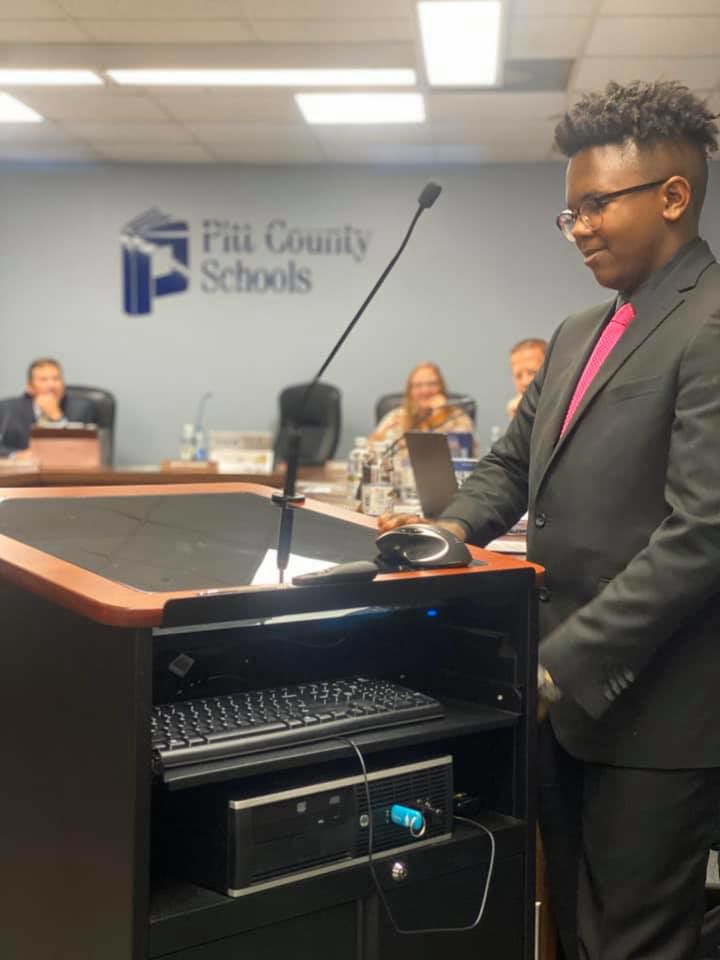 Christopher Sherrod is recognized by the Board of Education. 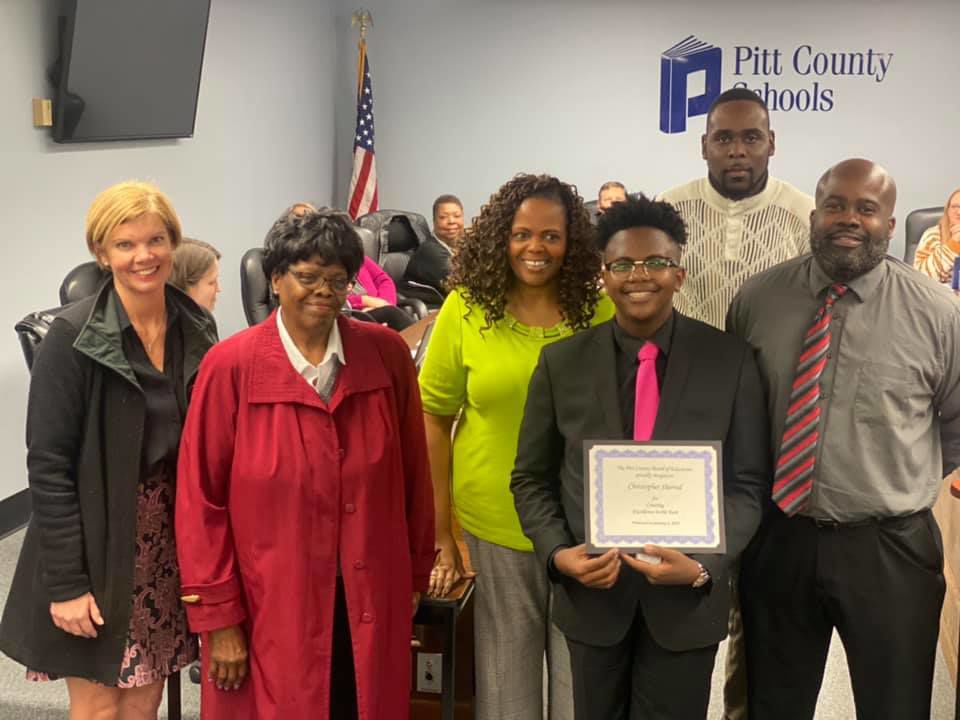 Christopher Sherrod is recognized by the Board of Education.

Chris, who has been playing drums for 14 years, auditioned on snare, timpani and marimba, and will perform percussion with the honors band next month.

He was among 600 performers to be selected from more than 18,000 nominations for the honor. Chris will join performers from students from 47 states as well as Guam, Canada, Bermuda, China, Hong Kong, Mexico, Qatar and South Korea for a performance at the world-famous concert hall.

The finalists, who will come together in New York this month, will have a chance to learn from world-renowned conductors and work with other finalists along with touring the city before performing on Feb. 2.

Chris is a member of South Central’s Marching Band as well as the Jazz Band, Concert Band and Symphonic Band and is one of the musicians for the school Gospel Choir. A member of the National Honor Society, he also is a musician for Warren Chapel Free Will Baptist Church.