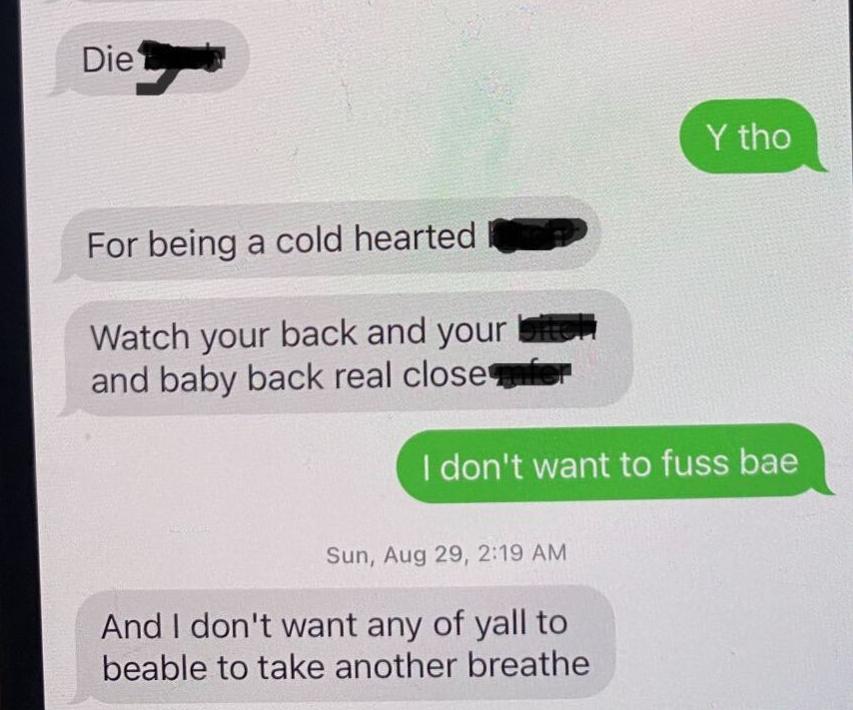 Texts exchanged between Brandon Hardy and an ex-girlfriend. Hardy's texts are in green. 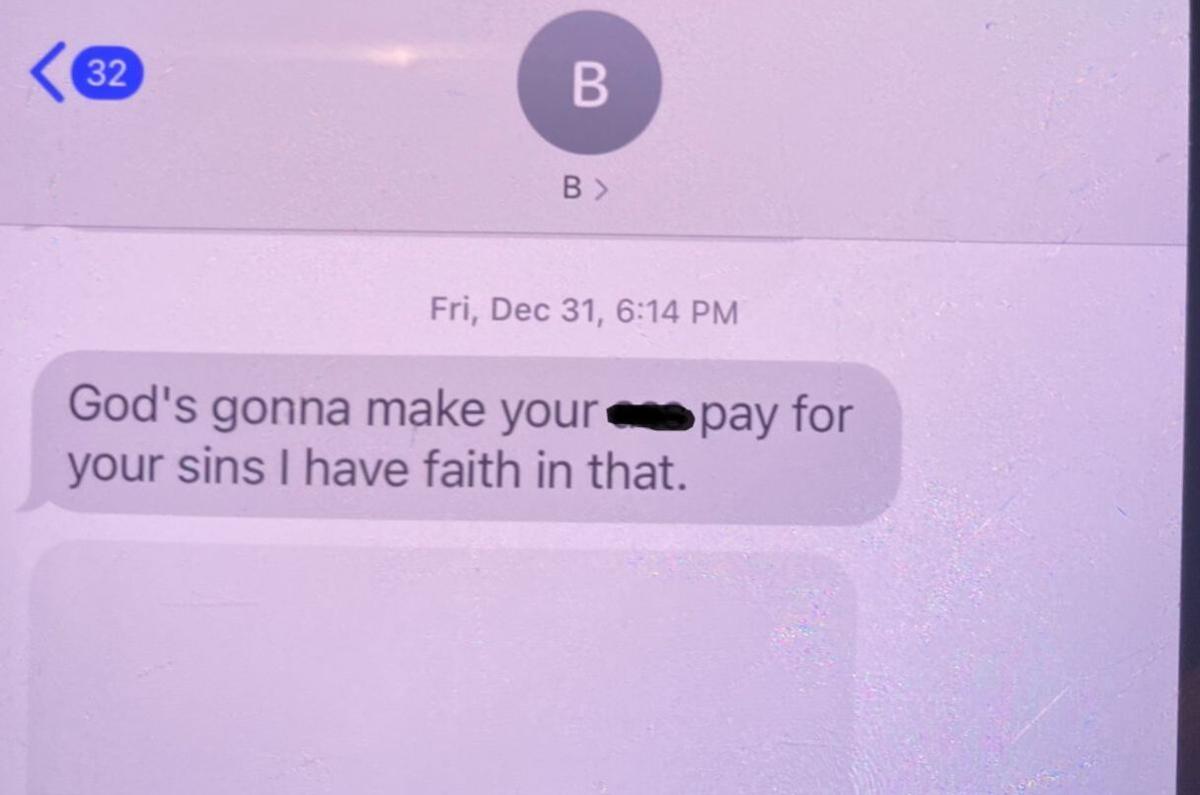 A text to Brandon Hardy from an ex-girlfriend. 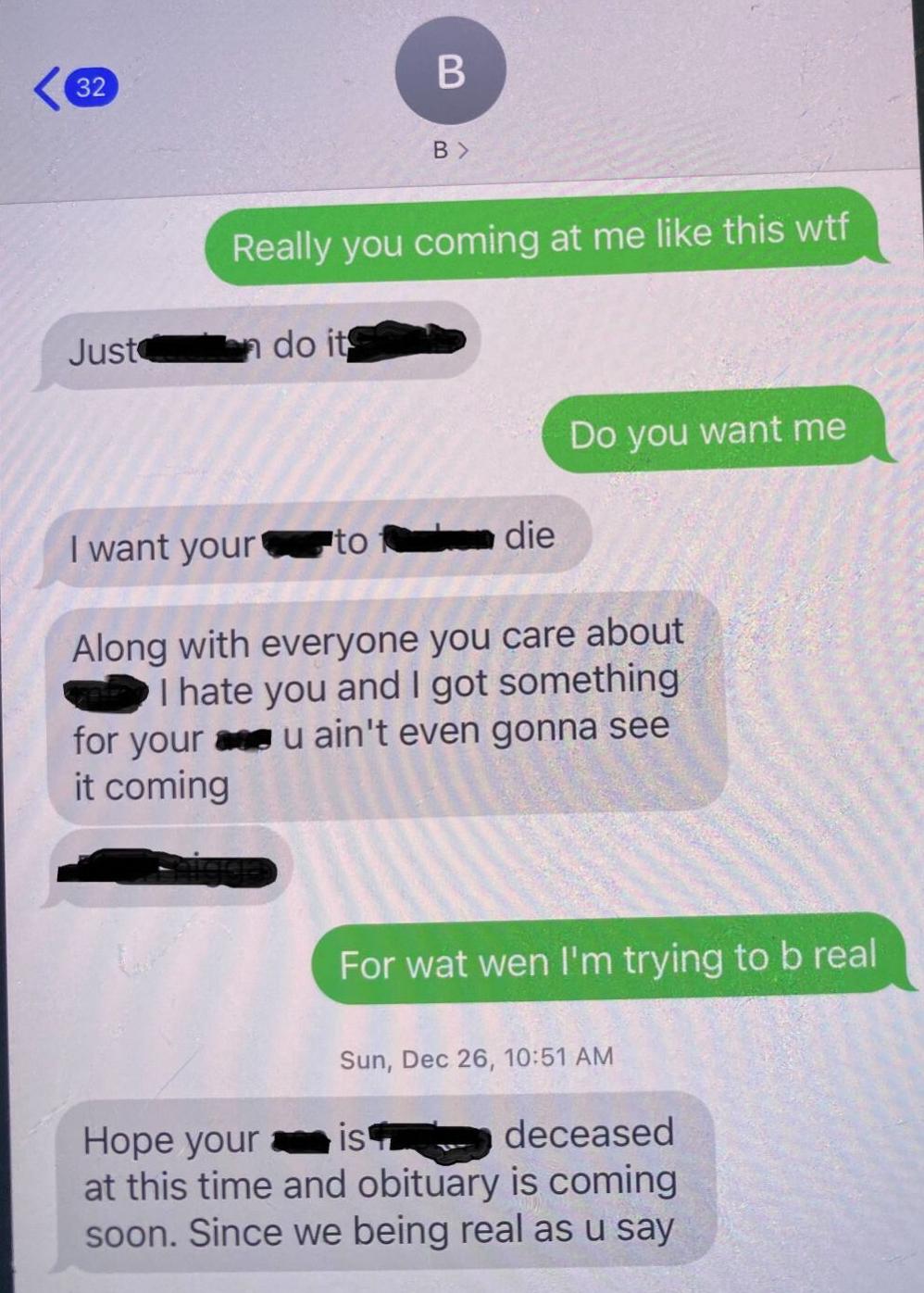 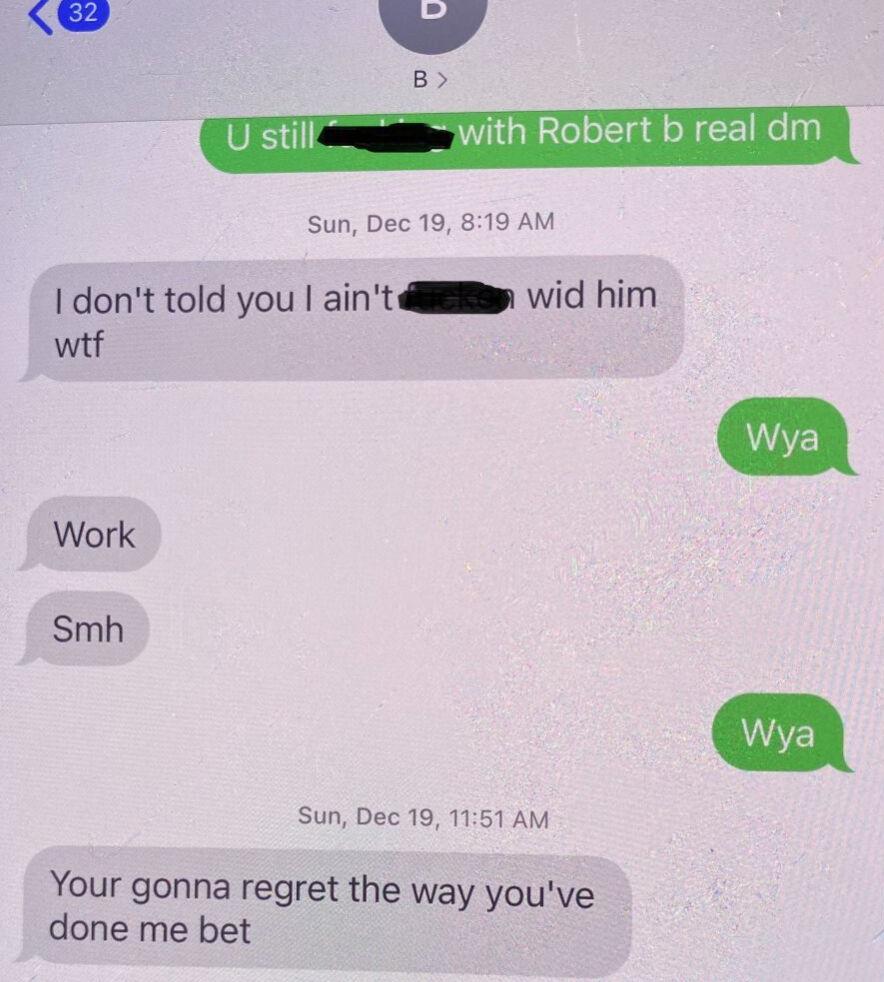 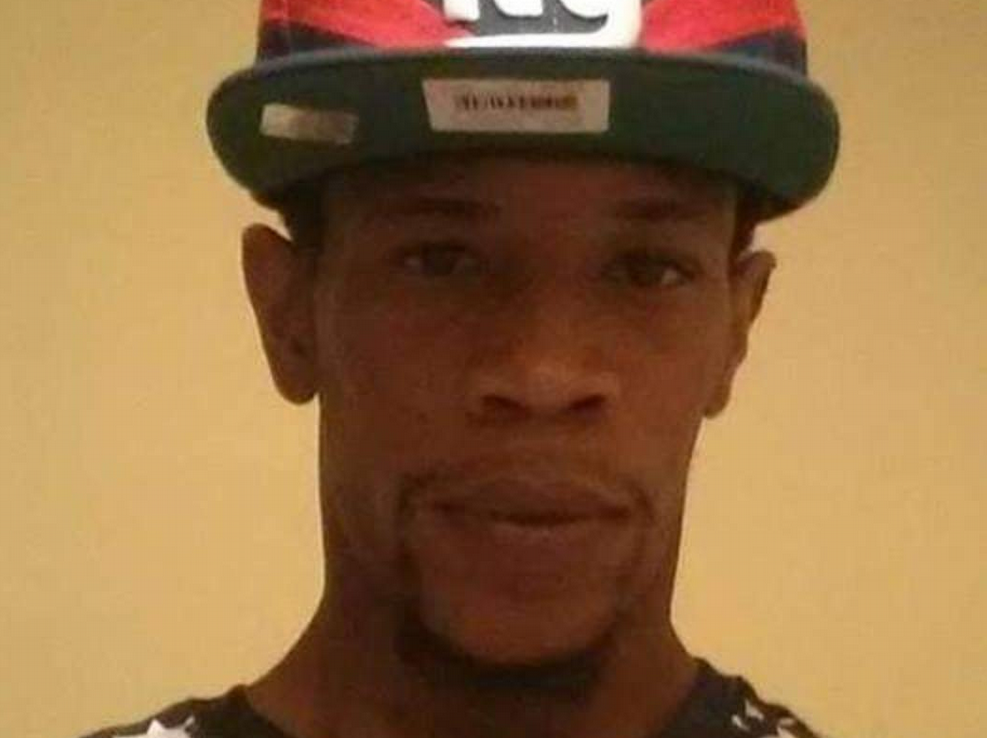 Texts exchanged between Brandon Hardy and an ex-girlfriend. Hardy's texts are in green.

A text to Brandon Hardy from an ex-girlfriend.

Family of a man who was shot and killed in Grimesland early on Jan. 1 are demanding the Pitt County Sheriff’s Office arrest the man who pulled the trigger; the office said a decision is coming.

Belinda Anderson, mother of Brandon Hardy, 38, provided text messages dating back to August that she says show Hardy was lured into an ambush at the home of his ex-girlfriend.

Hardy was shot in the head at 3:24 a.m. at 3340 Alvin Road, the home of Belinda Matthews. In the texts, Matthews tells Hardy multiple times that she wished to see harm come to him.

The messages come from Hardy’s phones, which Anderson said she found when she picked up Hardy’s car from the house the day after the shooting. She said the phones were in the seat.

She said she recently provided the phones and their contents as evidence to the sheriff’s office. She said that something appeared to be wrong when she got them back.

“A message from Dec. 31 and Jan. 1 I had shared with (a detective) were missing after the phone was in his care,” Anderson said. “When I spoke to him (Wednesday) he told me straight up ‘you did not bring me any text messages.’ I told him ‘you are a liar.’”

She also said the detective asked if she had ever seen Hardy with a gun.

In an incident report from the sheriff’s office at the time of the shooting, a possible suspect is listed as Robert Greene, 35, of Winterville. In a text to Matthews on Dec. 19, Hardy asks if she is still with Robert, which she denies.

Anderson and Keith Cooper, a former tutor of Hardy and Anderson’s other children, said that Greene is a boyfriend of Matthews’ and that he and Hardy had prior conflicts.

Anderson’s daughter Jessica, Hardy’s sister, said that in September her aunt, Laketa Hardy, and Brandon pulled into a Lowe’s parking lot after Greene pulled alongside them at a light. She said Hardy got out of his vehicle and Greene did the same. At that time Greene pulled a gun on Hardy.

Laketa Hardy proceeded to draw a knife and tell Greene “if you shoot my nephew I am going to cut you,” Jessica Anderson said.

No one was injured in that exchange. Law enforcement was not notified according to Anderson.

Belinda Anderson provided other text messages between Hardy and Matthews to The Daily Reflector. She said that trouble began after Hardy found out he would be having a son with a woman named Charmaine Roach.

Anderson said that the situation worsened from there. In another text from August, Matthews told Hardy “Watch your back and your (baby’s mother’s) back and baby back real close.”

Anderson said she was told by detectives that her son had no contact with Matthews on Dec. 31. Screenshots show that Matthews texted Hardy the morning of Dec. 31 asking if he would ring the new year in with her. At 6:14 p.m. she texted to tell him “God is (going to) make (you) … pay for your sins I have faith in that.”

At 3:45 a.m. the next morning the incident report said Matthews reported Hardy had been shot at her home. He died on the scene.

Belinda Anderson said she is convinced Hardy was set up to be killed.

“Nothing can convince me differently of that,” Anderson said. “Their mind is set that Brandon was an aggressor. He never would have gone to her house if she did not call him over. She had Robert Greene there and she set it up so Brandon would come. That is how my son was murdered.”

Hardy’s family, Cooper and others are planning a march on Tuesday to call for justice in Hardy’s killing. The march will start at 11 a.m. at the Eppes Recreation Center at Thomas Foreman Park and finish at the Pitt County Courthouse.

“We plan to keep this issue in the forefront until at least someone is arrested for the heinous murder of Brandon and justice is rendered,” Cooper said. “Dr. Martin Luther King reminded us that the moral arc of the universe is long, but it bends toward justice. This is what we want in this case – nothing less than justice. We will fight, we will bring in what attorneys we must. I am prepared and I know the family is prepared.”

The sheriff’s office released a statement on the situation.

“This incident is an open case that remains under active investigation,” an email from the sheriff’s office read. “As such, we are still unable to release specific details at this time. Our office has consulted with the District Attorney’s Office throughout the investigation, sharing the facts gathered thus far. We expect to have completed our fact finding phase and be able to present our full report to the DA’s office by next week. At that time we will await their decision on when and if charges will be filed.”