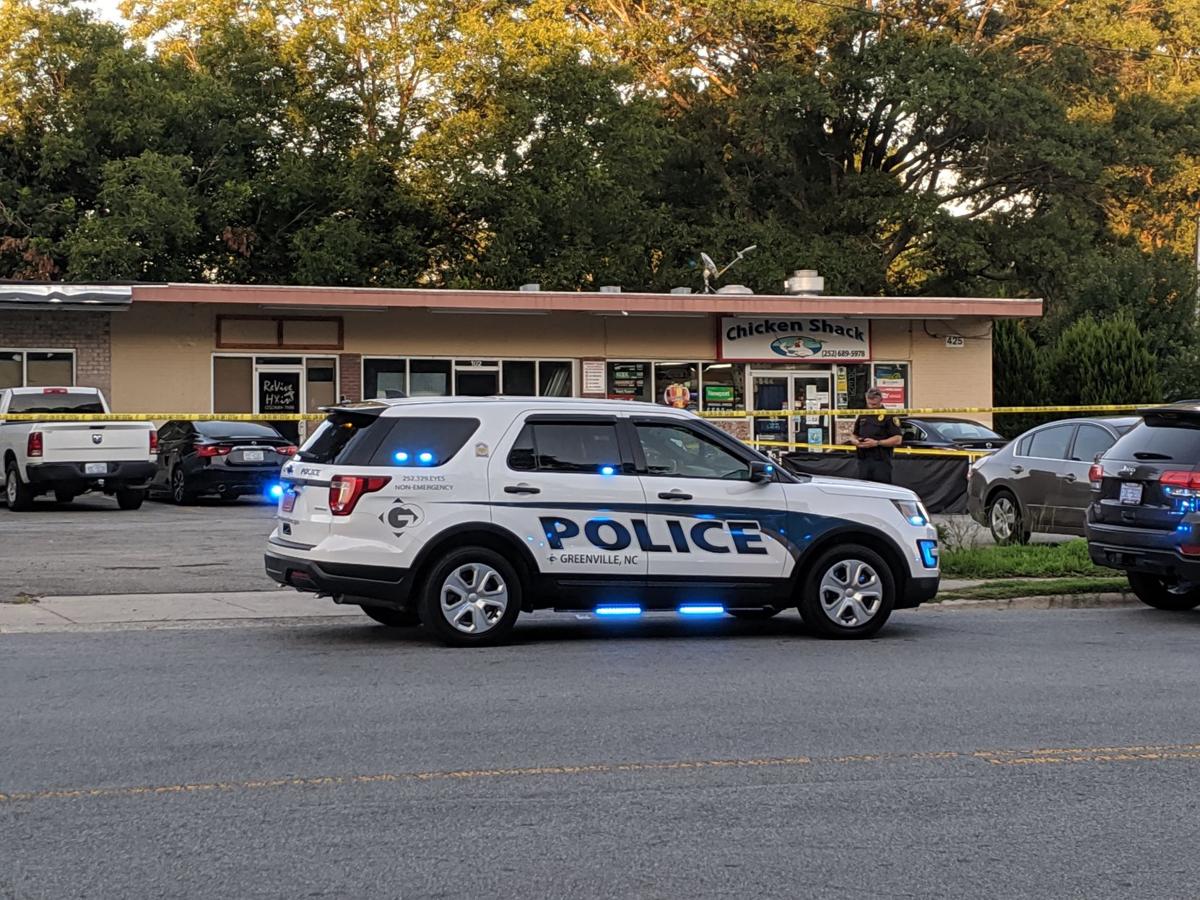 Greenville police investigate a shooting at the Chicken Shack off of Hooker Road on Sunday night. 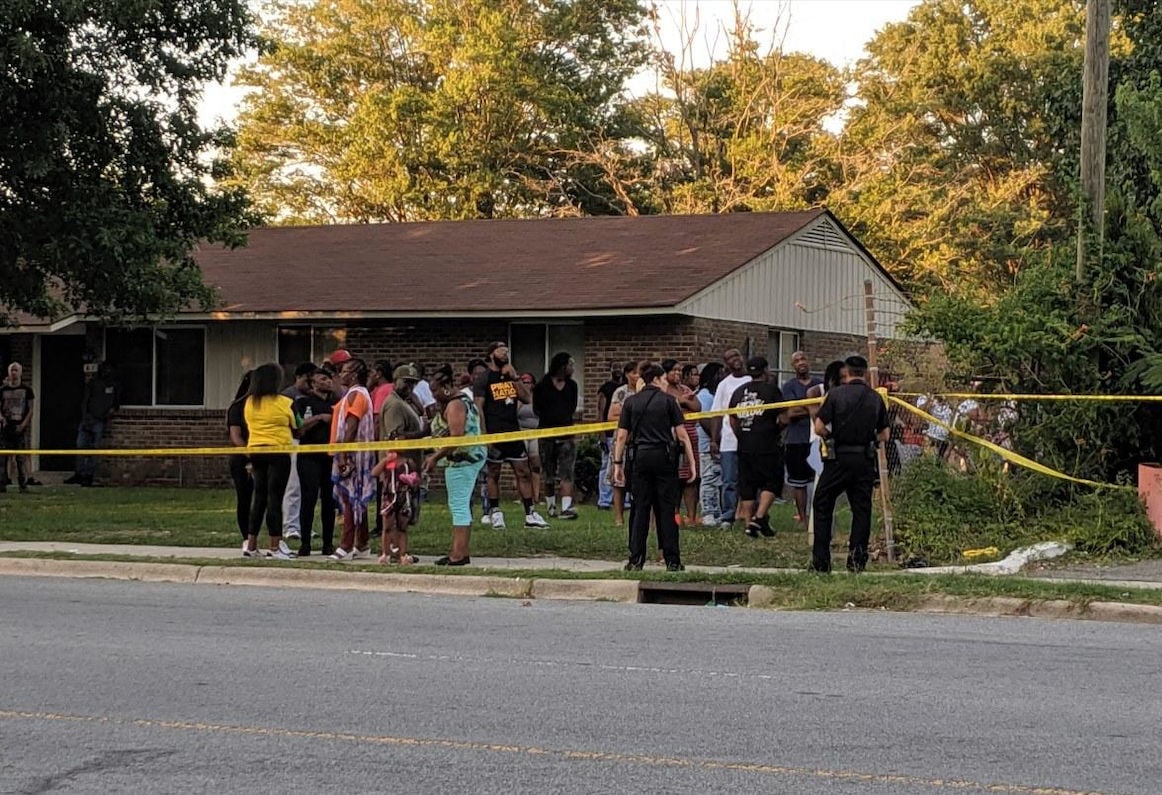 Residents gather near the site of a Sunday night shooting off of Hooker Road.

Greenville police investigate a shooting at the Chicken Shack off of Hooker Road on Sunday night.

Residents gather near the site of a Sunday night shooting off of Hooker Road.

Greenville police have identified two people shot during a fight at a local restaurant Sunday evening and said they are reviewing the facts of the case to determine what charges, if any, will be filed against the person they’ve identified as a suspect.

Police said a fight between several people took place at 6:30 p.m. at the Chicken Shack at 425 Hooker Road near J.H. Rose High School. During the fight, 21-year-old Cortavious Arrington was shot and killed. A second man, 22-year-old C-allah Coombs Jr. was shot and had to be transported to Vidant Medical Center for his injuries.

In a news release issued Monday afternoon, police said, “Due to the circumstances, detectives will be reviewing the facts of the case with the Pitt County District Attorney’s Office to determine what charges are warranted. At this time, the suspect has been identified but has not been charged. He is not considered to be a flight risk or a danger to the public,” the release said.

One person is dead and another is at the hospital following a fight Sunday evening that led to a shooting in the parking lot of a local business, Greenville police reported.

Upon arrival, officers discovered two men suffering from gunshot wounds, a department news release said. One of the men was transported to Vidant Medical Center with non-life-threatening injuries. The other man was pronounced dead at the scene.

A short time later, Greenville police were notified the shooting suspect was at City Gas, 1999 N. Greene St., and wanted to turn himself in, the release said.

He was taken into custody and was interviewed by detectives with the Greenville Police Department’s major crimes unit, the release said.

Although still in the early stages of the investigation, detectives believe the shooting stemmed from a fight between multiple individuals who were known to each other.

The names of the victims involved in the shooting, including the deceased, are being withheld at this time pending notification of family members.

A news conference is scheduled for today and more updates will be provided then, the release said.

Police said they believe the shooting is an isolated incident and poses no threat to the public.