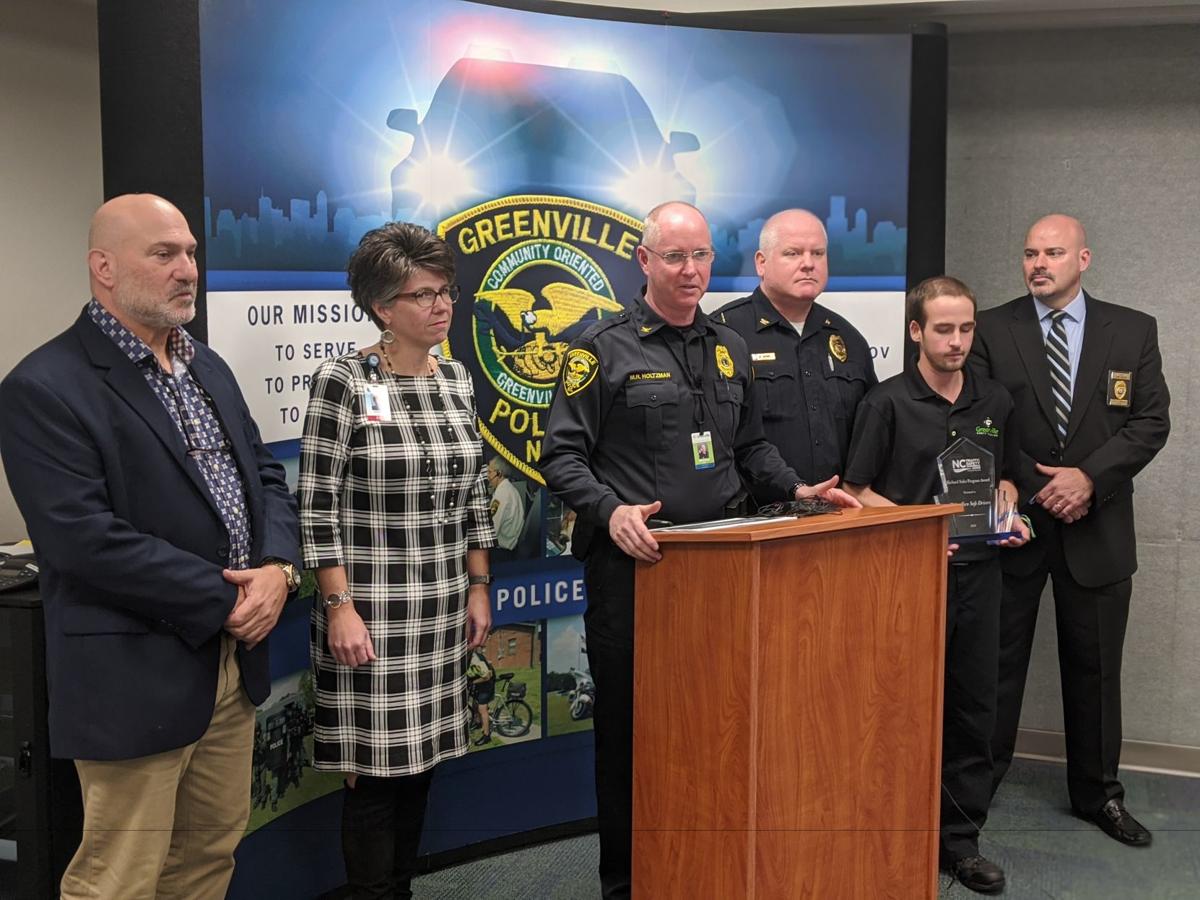 Greenville Police Chief Mark Holtzman discusses the decline in Greenville crashes, due to engineering, education and enforcement efforts by the city and its partner agencies. 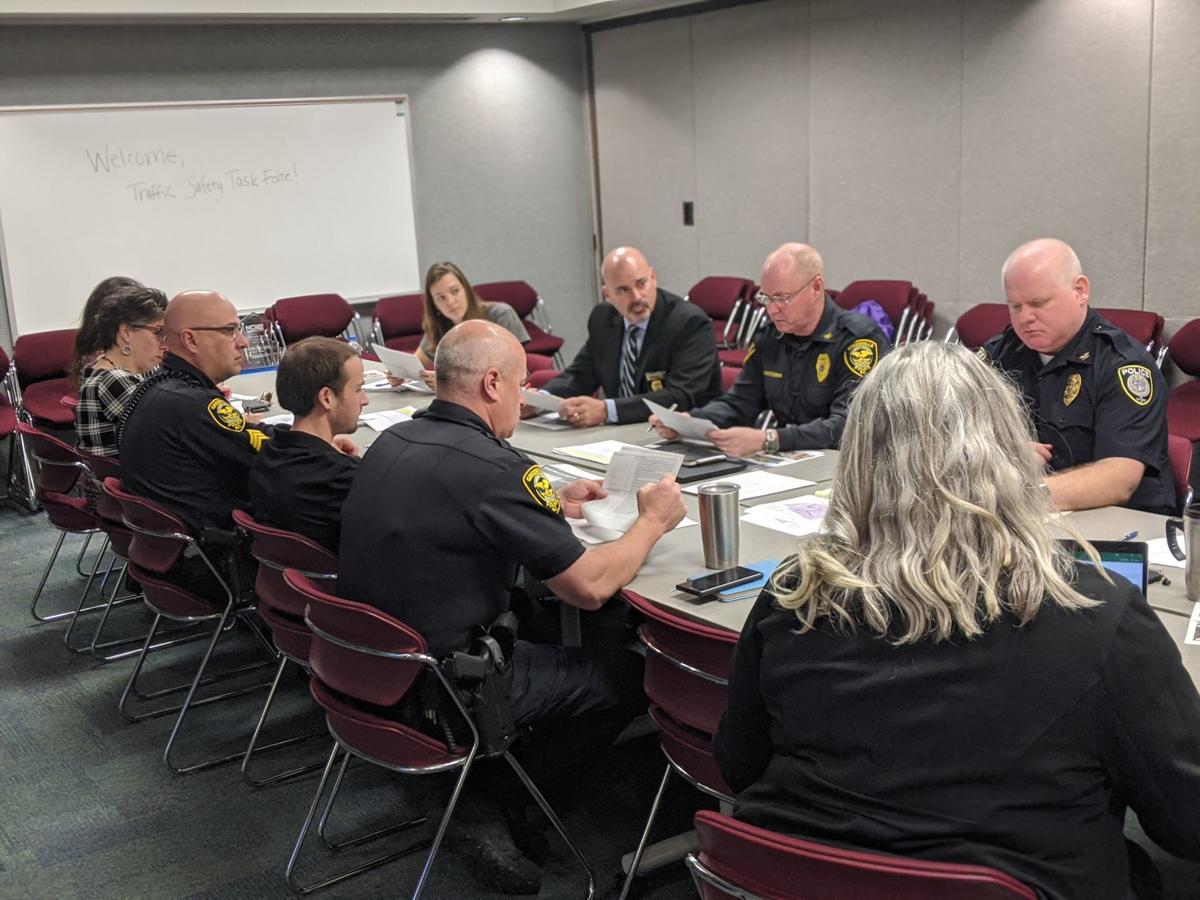 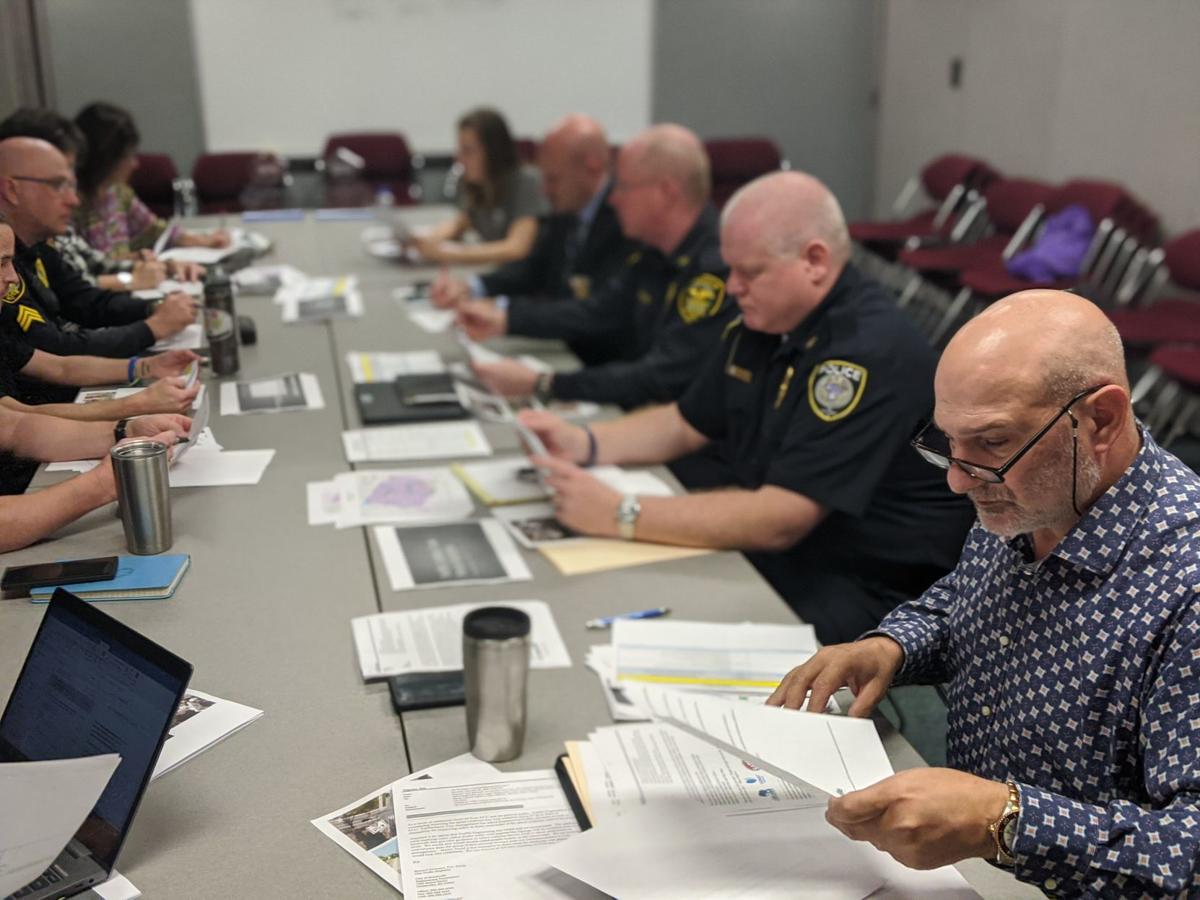 Greenville Police Chief Mark Holtzman discusses the decline in Greenville crashes, due to engineering, education and enforcement efforts by the city and its partner agencies.

Greenville is no longer the No. 1 city in the state for vehicle crashes and officials are attributing that success to engineering, education and enforcement efforts by the Greenville Police Department and its partners who make up its traffic safety task force.

“It’s really hard to change traffic behavior, it really is, but this group really put our heads together,” Greenville Police Chief Mark Holtzman said on Thursday during a joint agency news conference at the police department’s headquarters on South Greene Street.

“As a police department, we knew we couldn’t do it by ourselves,” Holtzman said. “We focused on enforcement, education and engineering. We learned that engineering and enforcement really need to take the lead in that.”

He said Greenville has gone from being the worst crash city in North Carolina to being the fifth-worst in just a few years.

Before implementing the task force in 2018, which includes members from the police department, NCDOT, Greenville Public Works and East Carolina University, Vidant Health and other agencies, Greenville had an average of 400 crashes each month. Now it averages about 350 per month.

Additionally, in 2019, the City of Greenville saw 500 fewer crashes the in the previous year.

He noted that pedestrian injuries also have seen a significant decline.

The engineering aspect of crash prevention included installing delineators (poles that act as medians) and crosswalks with lighting and signage, Holtzman said.

Delineators have been installed at several spots along Charles Boulevard and Arlington Boulevard, as well as Greenville Boulevard and Belvedere Drive.

Holtzman said the first delineator was installed at the intersection of Arlington Boulevard and Smythewick Drive and results were dramatic.

“The year before we put that in there, we had 22 crashes at that location (from) people turning left coming out. One of them was a fatality,” he said. “The year following that, we had two minor crashes just property damage and no injuries.”

In addition to the success of crosswalks and delineators, the traffic safety task force has championed the city’s red light camera program.

“Only about four percent of the people that get a red light ticket get a second one. We’re really about changing the behavior,” Holtzman said.

One of the main traffic engineers behind the installation of the delineators, crosswalks and cameras is Rik Decesare.

“Any system that we put in that’s consistent, that’s there — I keep saying 24/7, 365 days a year — without having to use police force is the goal,” Decesare said.

Keeping cyclists safe is also a goal. Decesare said that the city has been tasked with ensuring that bike lanes are included in resurfacing projects.

“As a matter of course, for the past four years, five years, every time the city looks at resurfacing, we look at how wide that pavement is and can re-change the pavement markings to re-accommodate a bike lane,” he said.

One challenge facing engineers is the delicate balance of being able to squeeze cars and bikes in 11-foot lanes.

“You have to understand the pavement is only so wide, so the answer is whatever we can fit allowing for a standard lane or a lane that both the state and city can live with. Usually that’s 11 feet,” Decesare said.

Another component considered vital to traffic safety and crash reduction is lighting.

“The bigger part of the story has been some of the lighting improvements on roadways,” Holtzman said. “There are about 7,000 streetlights in the community and over 4,000 of them have been switched over to LED. We’ve also added 200 new lights downtown that are adaptive. They change throughout the evening getting brighter and dimmer.”

Decesare and Holtzman said as the city continues growing, officials must invest in infrastructure to ensure the safety and well-being of all who travel along city streets.

That means traffic-calming measures are part of the picture and drivers may have to travel a bit further to make a turn, they said.

“The inconvenience is one thing we’re all going to have to live with, but we’re about getting you home safe and it may take a few more minutes,” Holtzman said.