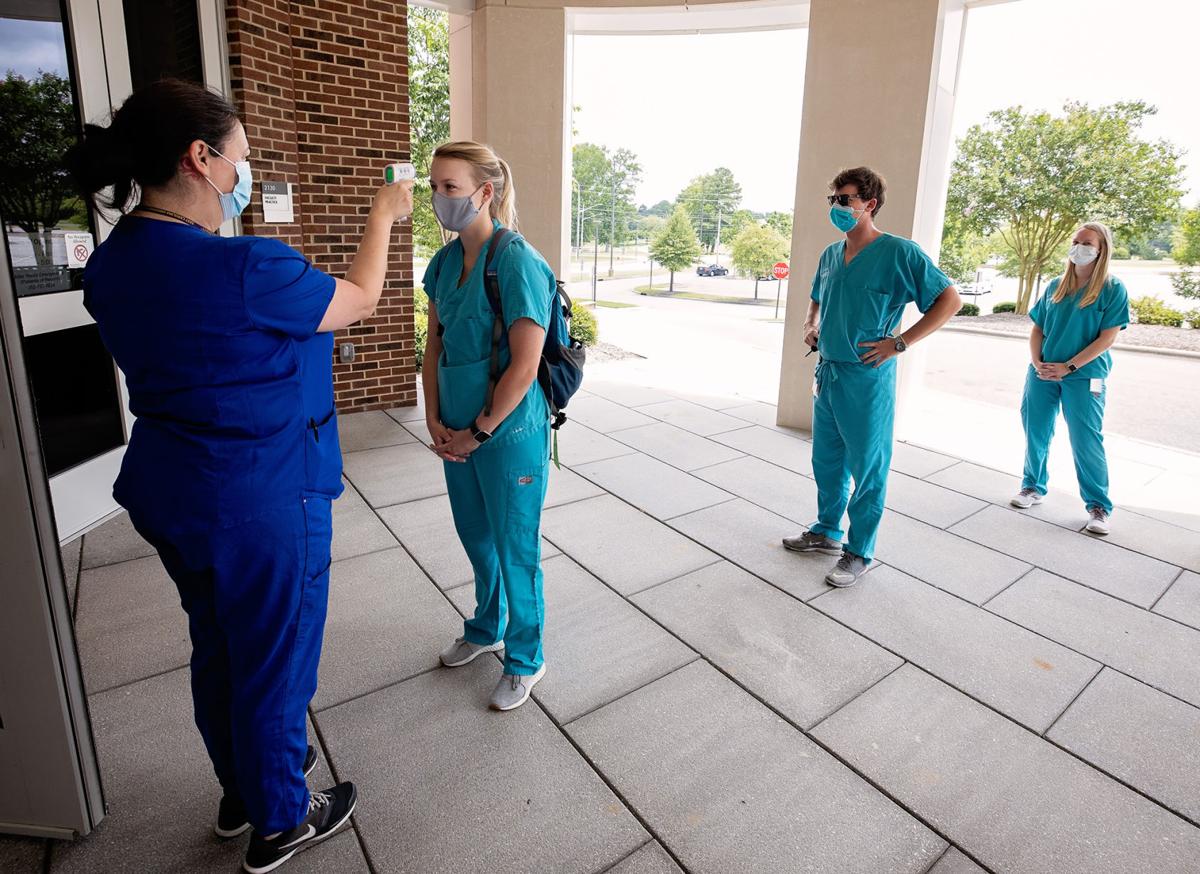 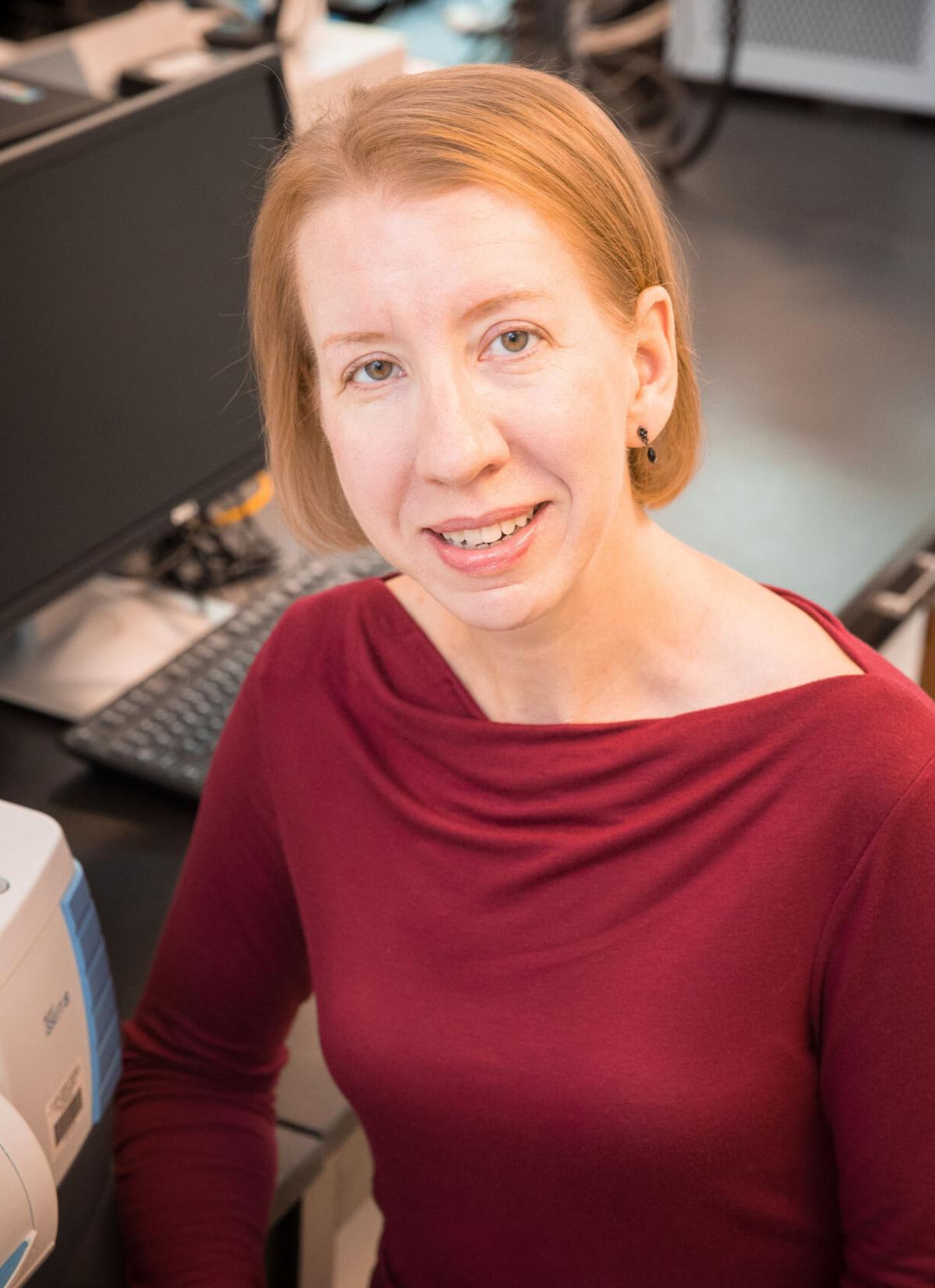 The COVID-19 pandemic has been a watershed event that will be discussed, researched, analyzed and eventually placed in a broader historical perspective, according to East Carolina University faculty members who recently shared their thoughts on how the period might be taught to future students.

Christopher Oakley, chair and associate professor in ECU’s Department of History in the Thomas Harriot College of Arts and Sciences, teaches American history from the end of Reconstruction to the present. Eventually — probably in the next 5-10 years — he will include the 2020 pandemic in his course.

“Our understanding of this event will evolve for decades,” Oakley said. “Initially, we will focus on the basics. What was the virus? How did it spread? What were the consequences (medical, political, economic, and social)? And how did leaders respond? Eventually, we will look at more complex questions as we gather more information. And we will learn more about consequences and outcomes.”

However, Oakley said historians are already finding ways to incorporate classroom exercises related to the pandemic.

One history professor at another university attracted attention on Twitter after asking his students what artifact should be included in a future museum exhibit about the pandemic. Others are using oral history, where students interview people about their experiences during the pandemic.

Shannon Vance, teaching assistant professor of history, said while historians are accustomed to looking backward instead of projecting or forecasting, she expects the pandemic to provide many topics to explore.

COVID-19 has exposed fragilities in society, from unequal access to health care to dysfunction in government, Vance said. But the pandemic also has shown where government works amid disruption to daily life.

“This epidemic has thrown various ongoing injustices into high relief — such as discrimination against people of color, older people and immigrants in the United States,” Vance said.

Another aspect is the use and proliferation of social media, and the shift to learning and working from home, Vance said.

Previous pandemics and epidemics — from Black Death and smallpox to the Spanish flu and Ebola — offer many lessons that could be included in a future course syllabus. In addition to COVID-19, terms would include personal protective equipment, shelter in place and social distancing.

“I hope that we learn more this time than we have from previous pandemics,” Oakley said. “Historians have been studying the effects of pandemics for a very long time. The lessons are there for those that want to learn.”

While the height of the Black Death plague occurred in Europe and the Middle East from 1347 to 1351, aftershocks were felt as late as the early 1700s, Vance said. Populations were cut by a third to half in Europe, China and India.

“Although the plague did not discriminate between rich and poor in its transmission and death rates, the rich barricaded their households and the poor suffered disproportionally,” Vance said.

Perhaps the best historical analogy to the coronavirus crisis is the Spanish flu pandemic of 1918, just a few years after ECU was founded. An estimated 500 million people worldwide were infected by the flu pandemic, resulting in up to 50 million deaths globally and 675,000 in the United States.

“The 1918 pandemic was similar, but then East Carolina Teacher’s Training School had only 300 students; now we have nearly 30,000 and they’re from all over the state and nation, even some international students, not to mention an older faculty,” said Dr. John Tucker, professor of history and university historian.

Between 1918-20, more than half the students on ECU’s campus contracted the flu, which resulted in the death of a recent graduate. Students were quarantined on campus during parts of the school year and events were canceled.

As ECU gears up to welcome back students, faculty and staff on Aug. 10, face coverings, frequent handwashing and social distancing will be required.

“Students are both excited and anxious about the fall, raring for a return to normal but cognizant that we are not done with COVID yet,” Tucker said. “Hopefully they will meet the challenges with the smart resilience that defines the Pirate Nation. I’m hoping to see a sea of purple and gold masks.”

of of arts and sciences

Allison Danell, professor of chemistry, has been named dean of ECU’s Thomas Harriot College of Arts and Sciences (THCAS) by the ECU Board of Trustees and the UNC Board of Governors. Danell has served as interim dean of the college since July 2019.

“Dr. Danell has shown her commitment to Pirate Nation as both an educator and a scholar since she arrived on campus,” said ECU Acting Provost Grant Hayes. “She stepped up in a big way when asked to serve as interim dean of the Harriot College of Arts and Sciences, which plays such an important role in our university’s mission, and I look forward to working with her as she continues to implement a shared vision for the college.”

Danell said she has focused on making connections with faculty and staff across the many disciplines encompassed by the college, and she takes pride in how they have remained focused on their work through the challenges of the past year.

“The sheer scale of the work done in Harriot College continues to amaze me, and I am so thankful to be in a position to support it,” she said. “I enjoy meeting with individuals and small groups, brainstorming how to help move agendas forward even under difficult circumstances and helping to craft a shared narrative that celebrates the liberal arts and sciences and illustrates the impact our alumni make in the world.”

Danell joined ECU’s faculty in 2004. She received her Bachelor of Science in chemistry from Truman State University in 1996 and her doctorate from UNC-Chapel Hill in 2001, followed by a postdoctoral fellowship at the Rowland Institute at Harvard. She was promoted to the rank of professor in 2019.

She has been director of undergraduate studies for several years in the Department of Chemistry and served as interim department chair in 2014-15. She also was the lead principal investigator on the $1.1 million Golden LEAF Foundation grant awarded to start the Pharmaceutical Development and Manufacturing Center at ECU with the goal of designing and building a laboratory-based education and training network.

Danell is an analytical chemist with expertise in mass spectrometry, which she uses to identify and characterize biomolecules and their complexes. She especially enjoys mentoring student researchers and managing projects across interdisciplinary boundaries.

She succeeds William Downs, who served as dean for five years and last year was named the 13th president of Gardner-Webb University in Boiling Springs.