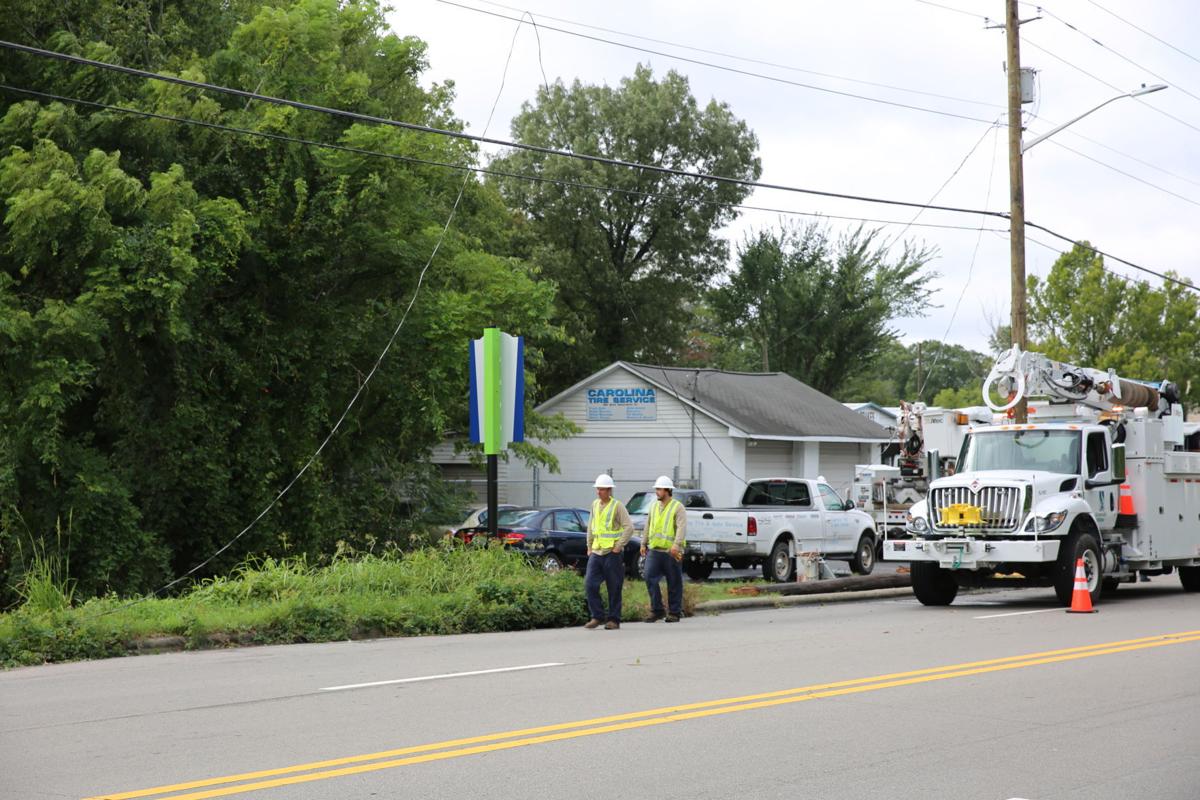 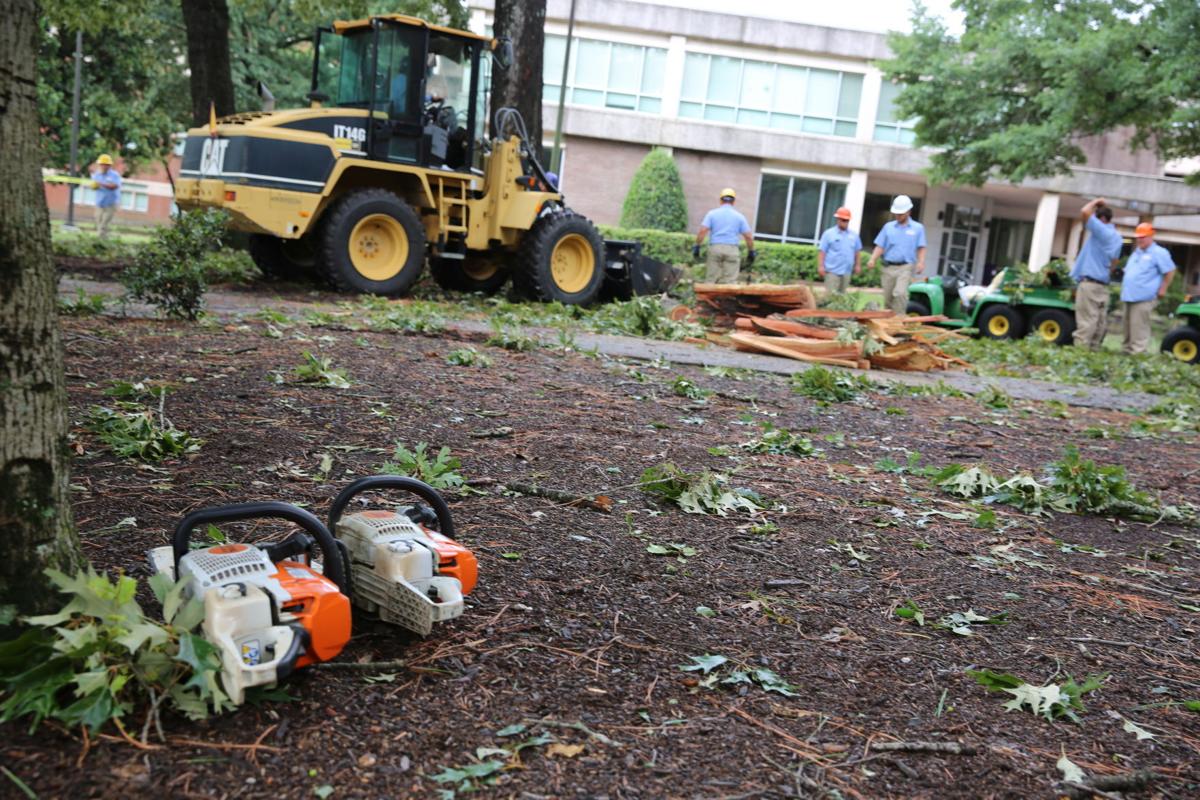 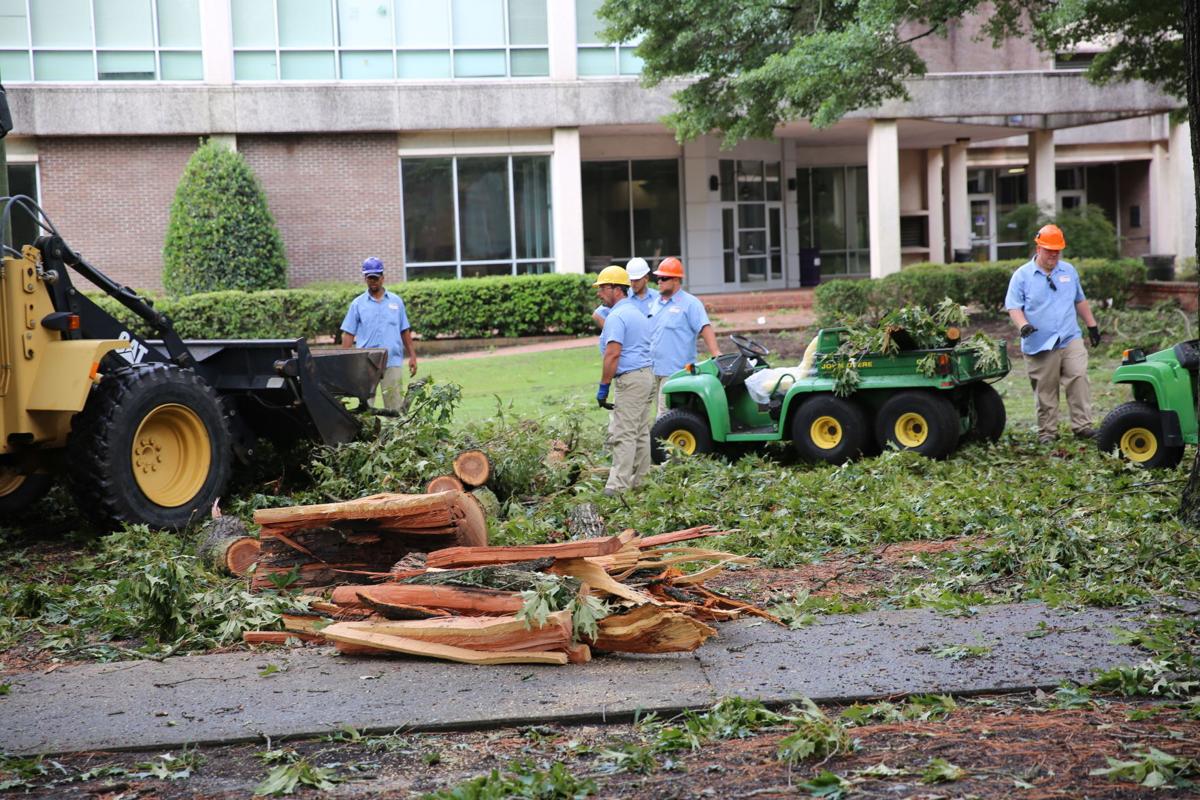 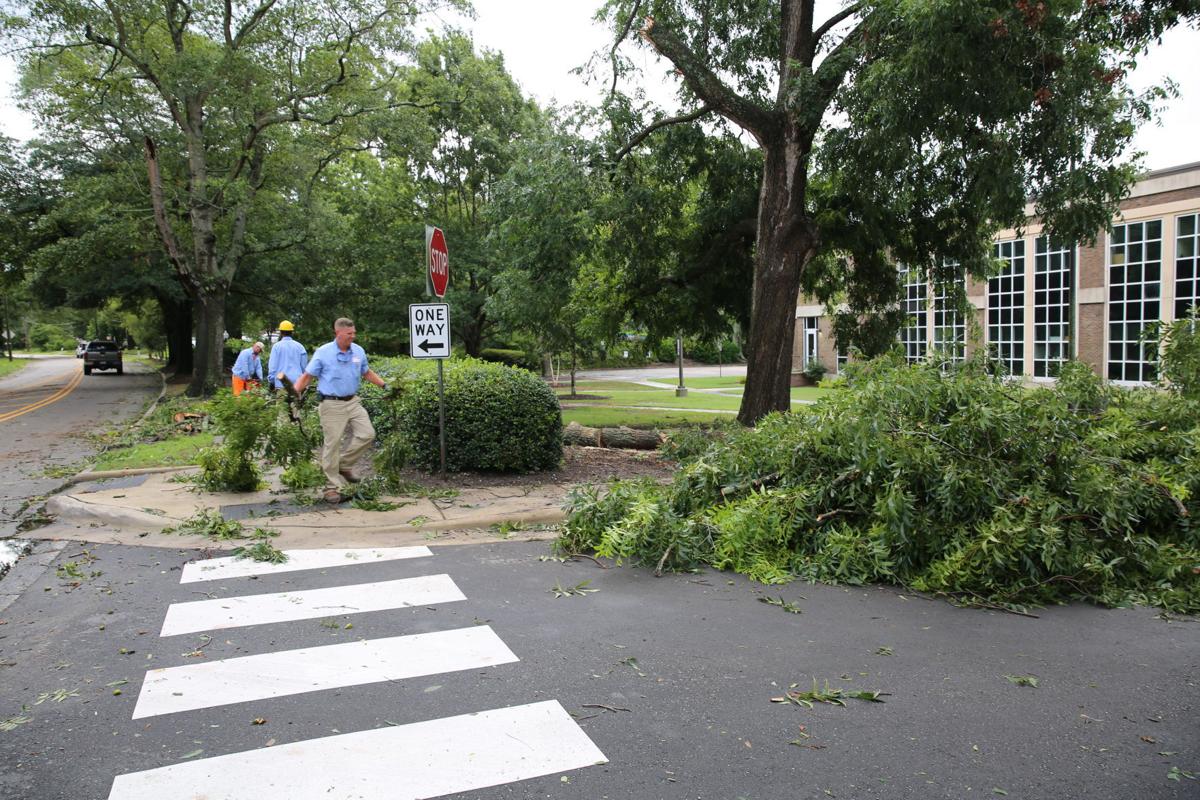 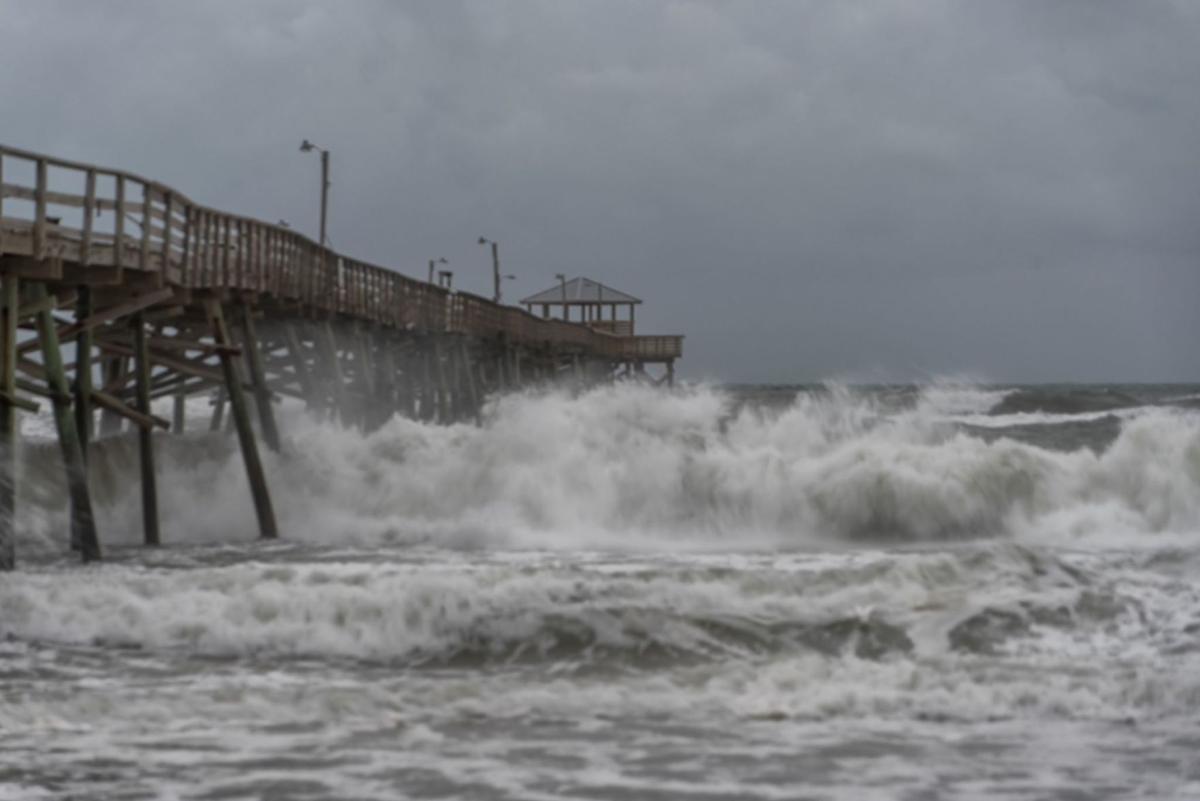 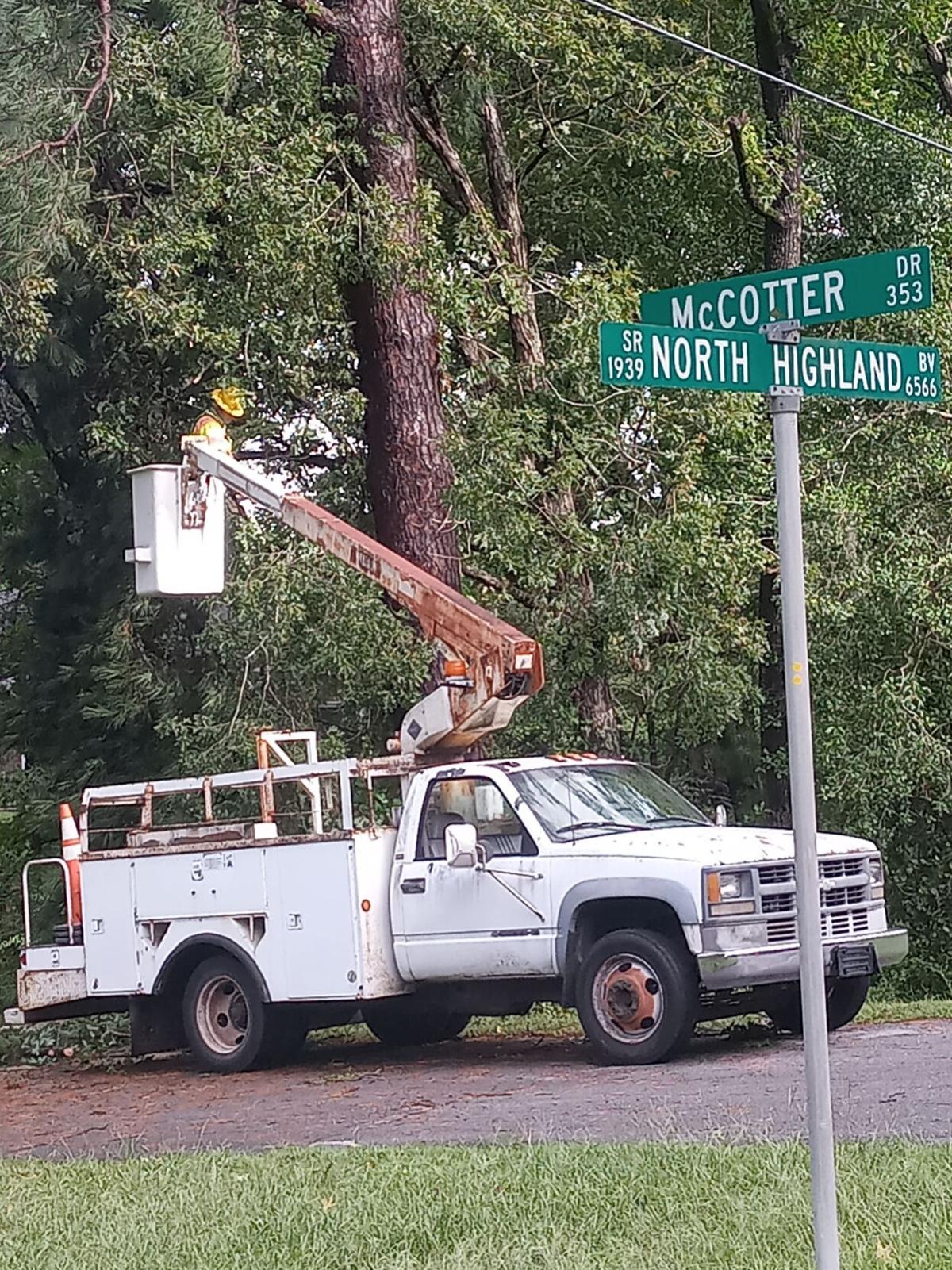 Bertie County Emergency Management Director Mitch Cooper reported that one man and one woman were killed in a suspected tornado at a mobile home park in the Cedar Landing community.

The victims’ identities were not available late Tuesday. More than a dozen injuries were reported.

No injuries were reported in Pitt County as a result of the storm, which toppled trees and resulted in power outages for thousands of Greenville Utilities Commission customers early Tuesday morning.

Mike Emory, director of public information for Pitt County, said there were no reports of major damage or flooding as a result of Isaias, which made landfall near Ocean Isle Beach shortly after 11 p.m. Monday.

“There’s debris, leaves and limbs everywhere,” Emory said in a telephone interview Tuesday. “I’m thankful to report nothing major was called in to emergency management.”

John Elardo, meteorologist with the National Weather Service in Newport, said a large tree fell through a home in Grifton around 3 a.m., but no injuries were reported.

Elardo said rainfall from the storm varied from 1.5 to 3 inches across the county, with wind gusts at Pitt-Greenville Airport estimated at 54 mph.

“It was pretty much what we thought that there would be, some strong winds, some trees down,” Elardo said. “It looks like our portion of eastern North Carolina was very fortunate that we didn’t have as many tornadoes as some other areas.”

Elardo said the National Weather Service is investigating reports of tornadoes in Pamlico and Beaufort counties, in addition to Bertie County.

On North Carolina’s Oak Island, The Associated Press reported deputies had to rescue five adults and three children after the storm hit, causing damage along the beachfront and knocking electricity and sewer facilities offline.

Further up the coast, about 30 people were displaced by a fire at a condominium complex in Surf City, news outlets reported. It wasn’t immediately clear if the fires were connected to the storm.

Brock Letchworth, public information officer for the City of Greenville, said the city was fortunate to be spared from more serious damage.

“As we sat in the EOC (emergency operations center) last night, we were watching the radar,” he said. “It seemed like every time the (hurricane) bands would circle around they would almost break around Greenville. I would say in the grand scheme of things we were very fortunate with this storm.”

Letchworth said downed trees blocked as many as 10 streets on Tuesday morning, and crews removed more than 52 trees. On Tuesday evening, three streets remained closed due to downed communication fibers in the roadway: East Third Street at Cedar, Laurel between Third and Fourth streets and Third at Jarvis Street. Seven others were cleared by the afternoon, when the city’s parks and the Greenville Greenway also were reopened to the public.

East Carolina University reported minimal damage with downed trees and limbs, along with a few signs. Cleanup efforts were being completed Tuesday and were not expected to interfere with the students’ move into residence halls, which is set to begin today.

The county did not open emergency shelters during the storm, though Emory said resources were in place to do so if needed. Instead, residents were advised to shelter in place or to seek shelter with extended family members or friends.

“We had to weigh out the balance opening shelters in the middle of a COVID-19 pandemic vs. the strength and forecast path of the storm,” he said. “That was a very tough call to make. … I think the call turned out to be a good call.”

Hurricane specialist Robbie Berg told the AP that Isaias was not expected to weaken as it moves north.

“We still think there’s going to be very strong and gusty winds that will affect much of the mid-Atlantic and the Northeast over the next day or two,” he said.

Authorities said two others were killed by falling trees toppled by the storm in Maryland and New York City.

More than 18 hours after coming ashore, Isaias still had sustained top winds of 65 mph at 5 p.m. The storm’s center was about 20 miles (35 kilometers) west of Albany, New York.

Hurricane Isaias cause minor damage across Pitt County. Following is a summary:

Ayden also had two circuit fuses blow, one in the Park Avenue neighborhood and one in the commercial area around Food Lion. These were restored by 7 a.m., Harrell said. In total, about 250 customers lost power. The town was able to restore all services by noon.